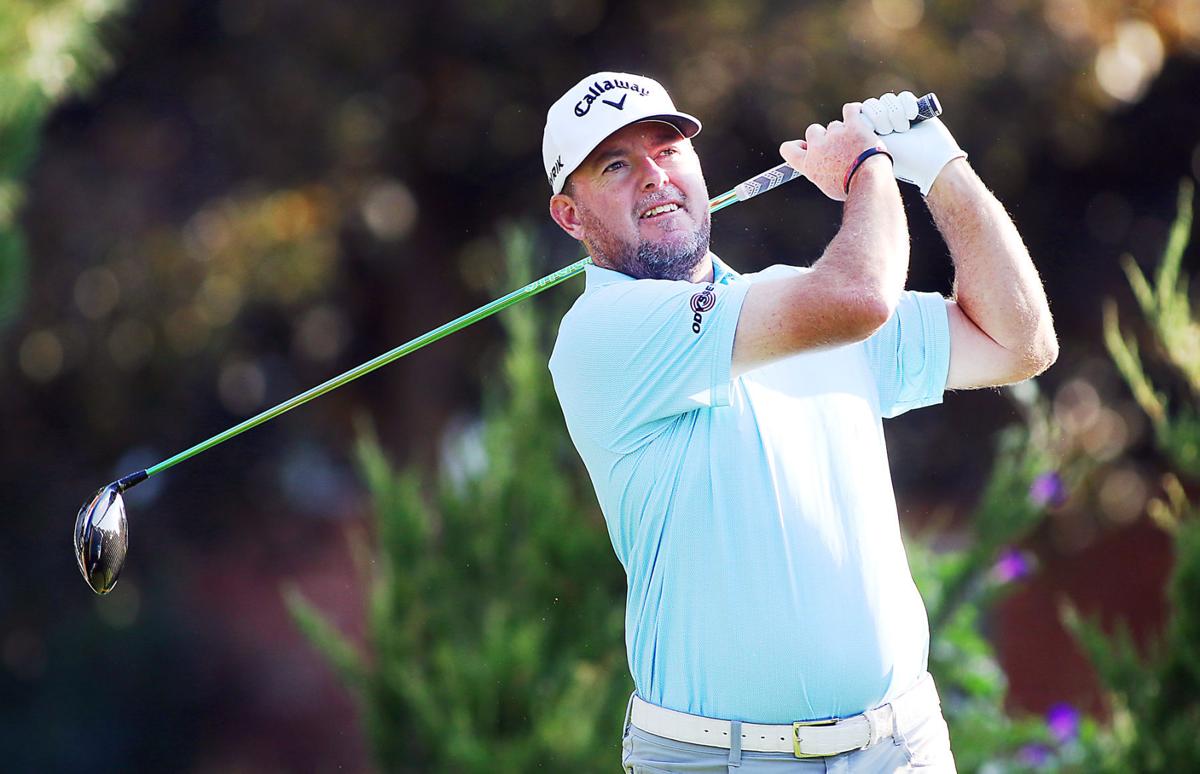 Nampa native Robert Garrigus follows his drive off the tee on hole No. 3 at Hillcrest Country Club during the Albertsons Boise Open golf tournament on Thursday. 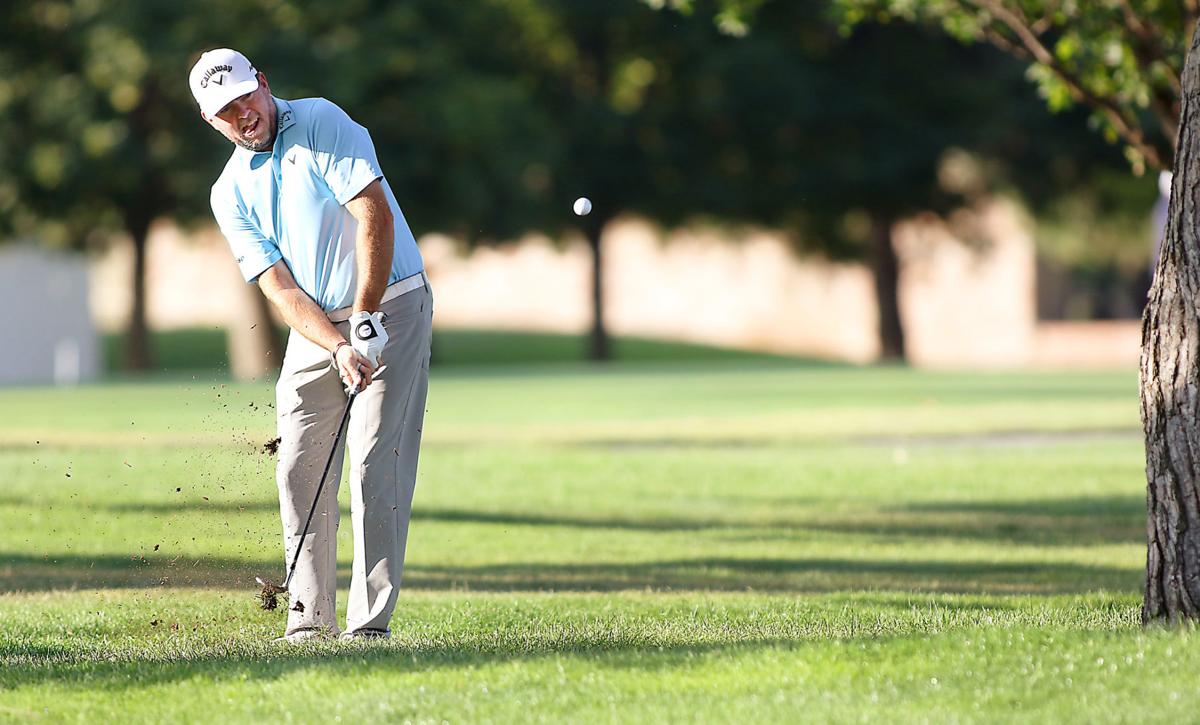 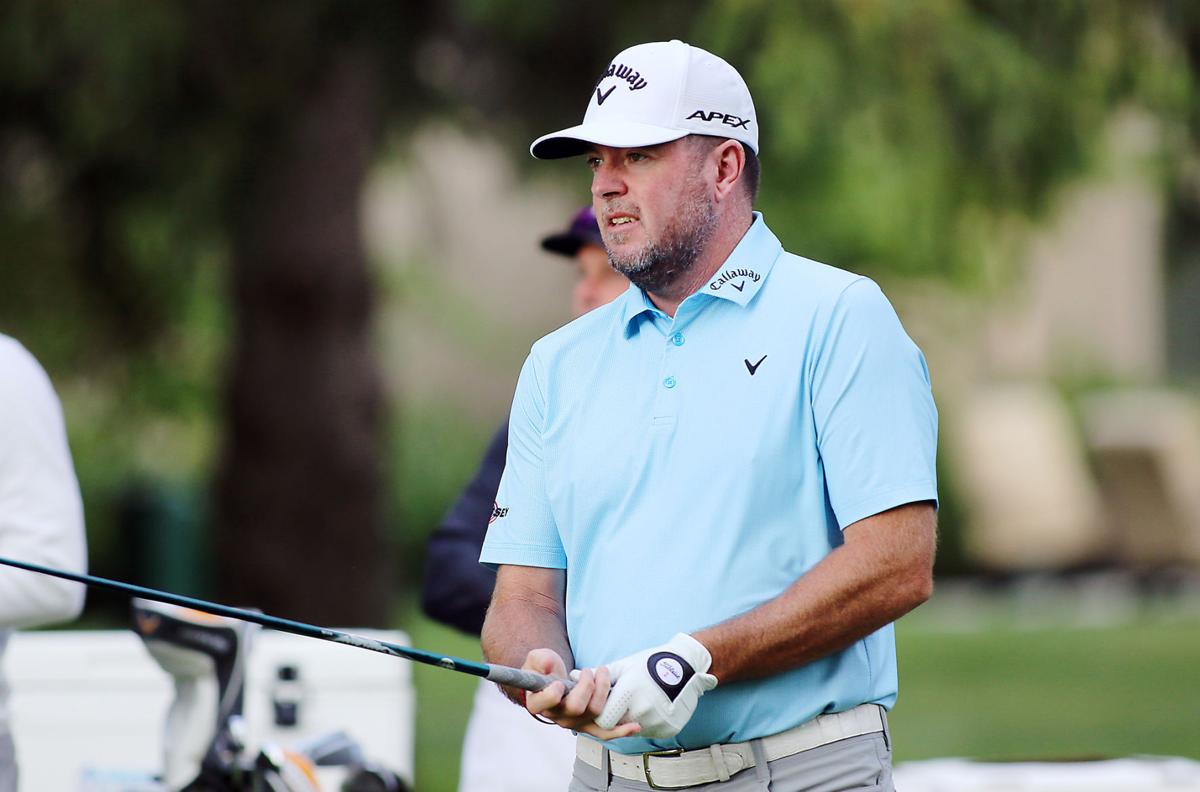 Nampa native Robert Garrigus steps up to the tee box on the first hole at Hillcrest Country Club during the Albertsons Boise Open golf tournament on Thursday.

Nampa native Robert Garrigus follows his drive off the tee on hole No. 3 at Hillcrest Country Club during the Albertsons Boise Open golf tournament on Thursday.

Nampa native Robert Garrigus steps up to the tee box on the first hole at Hillcrest Country Club during the Albertsons Boise Open golf tournament on Thursday.

BOISE — Robert Garrigus has a PGA Tour victory under his belt, he’s finished in the top 10 in 33 different PGA Tour events and he’s made more than $14 million playing golf.

Those days seem like a previous life at this point.

Garrigus, a Nampa native, now finds himself struggling to compete in Korn Ferry Tour events. While the top golfers in the world were battling for the PGA Championship last weekend, Garrigus was missing the cut at the WinCo Foods Portland Open.

His rough patch continued Thursday with a 3-over 74 in the first round of the Albertsons Boise Open at Hillcrest Country Club. That placed him near the bottom of the leaderboard, meaning he’s likely to miss the cut for the 12th time in 20 events split between the Korn Ferry and PGA Tour this season.

“I played on tour for 15 years and whooped some (butt) for a really, really long time and now I’m kind of fighting with some of the shots and with some of the putts,” Garrigus said. “It’s been frustrating, but that’s golf. You never know when you can catch fire and get going again. And that’s why I’m out here, to see if I can get some momentum going and some good rounds under myself.”

Momentum was something he never had Thursday. He bogeyed hole No. 1 and posted a triple bogey eight on the par-5 second hole after an errant tee shot led to an array of problems. He went one-under on the remaining 16 holes, but going four-over on the first two holes was enough to ruin his round.

“It was a rough start,” Garrigus said. “I didn’t hit a bad shot on the first hole and made bogey and then the second hole I had a bad tee shot and was just scrambling from there. It was one of those days. I was fighting from the get-go and just couldn’t get any putts to go in.”

Garrigus took the struggles in stride during a post-round interview with the Idaho Press, cracking jokes and staying upbeat. He had a good reason — he’s back home.

He was born in Nampa and briefly lived in Eagle before moving to Oregon when he was 7, but returned to live with his grandpa in the summers every year until high school. His grandpa lived in a house near the No. 17 tee at Eagle Hills Golf Course, and he’d play the course all summer.

“And I’d come back at Christmas time and play out there in the snow with an orange ball,” Garrigus said with a smile.

This week, Garrigus is staying with his parents Dave and Linda Cox, who live in Eagle. The Korn Ferry Tour let them walk the course with him Thursday to watch his round despite no fans being allowed in.

The family time, according to Garrigus, has helped take his mind off what’s largely been a forgettable year.

“It’s been nice to see the family and come back and get some home cooking,” Garrigus said. “I didn’t have my best round today, but that’s kind of how it’s been going lately, so I haven’t really paid too much attention to my golf. It’s just nice to see the family and come out here and have fun and get some of the old vibes. I didn’t do much with it today, but there’s another day tomorrow.”

Garrigus has played Hillcrest numerous times before, including as an amateur. He recalled participating in a longest drive contest on what is now hole 10, and drove his ball onto the green — further than 300 yards away.

“That was a long time ago,” Garrigus said. “I have a lot of good memories out here. So it’s nice to come back and that my family could watch. I just wish everybody could have come out because I would have had a pretty big crowd.”

But despite what appears to be another lost weekend, Garrigus has no plans to give up. He’ll continue to bounce back and forth between the Korn Ferry Tour and some PGA Tour events with hopes of getting back on the top tour full time again.

Just last month he finished tied for 53rd at the 3M Open on the PGA Tour and was in position to finish in the top 10 before a rough final round on Sunday. He still finished higher than Brooks Koepka, Bubba Watson, Paul Casey and Tommy Fleetwood — which gives him hope a turnaround may be near.

But he felt a long way from that Thursday, competing against largely unknown, up and comers in a Korn Ferry event — and posting one of the worst scores of the day.

“I’m 42 years old and I’m playing against kids half my age,” Garrigus said. “I could be their dad for God sake. There’s a reason why they call me grandpa. It’s just a week-to-week thing. It’s frustrating as a whole, but it’s not too bad. I get to play golf for a living and I get to come out and be out here and enjoy it and it’s not that big of a deal.

“But I love golf and I love competing, and it would be nice to get back to playing some good golf and string it together so I can get back on tour and play where I’m supposed to play.”