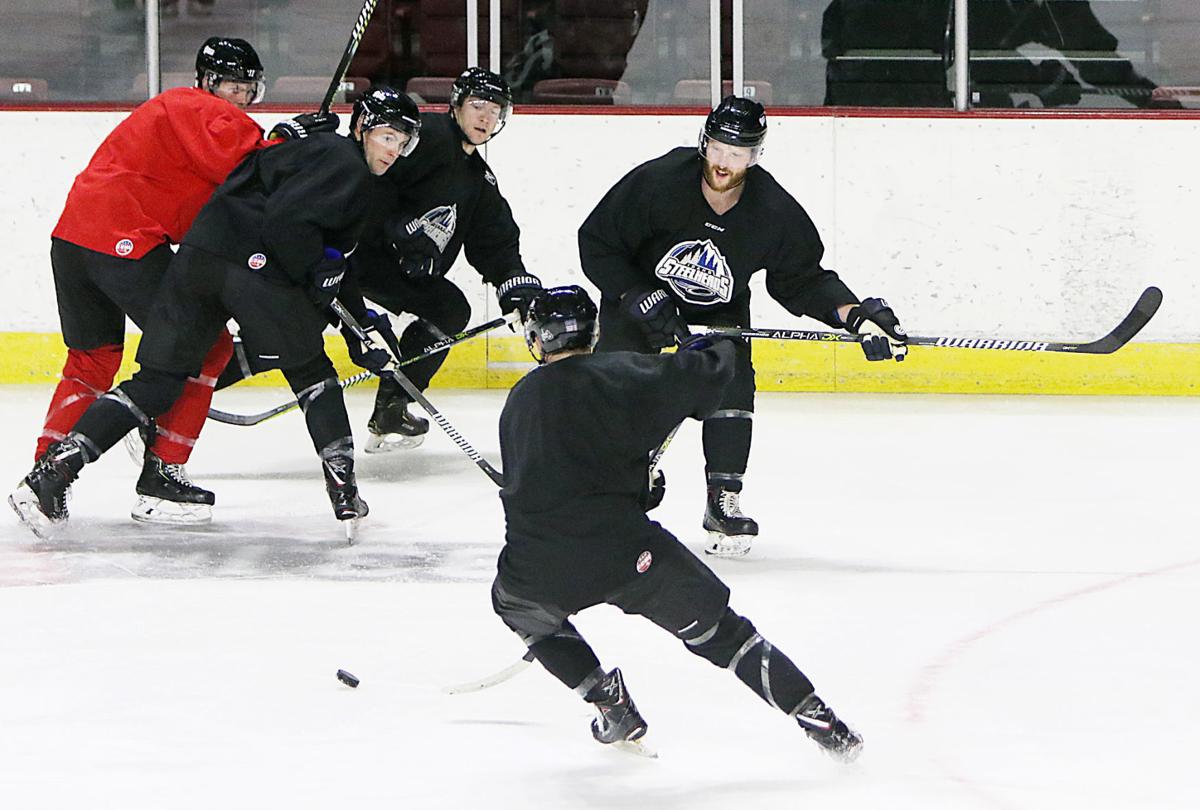 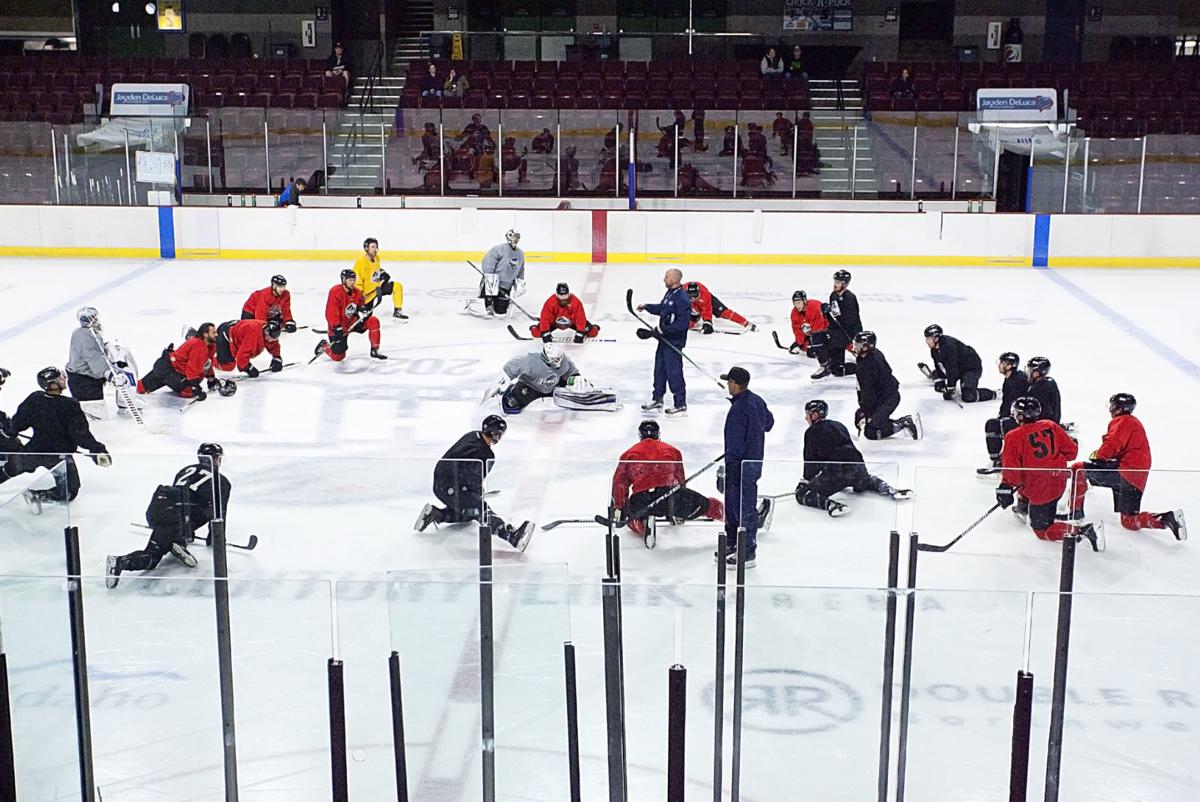 The Idaho Steelheads stretch before practice on Tuesday at CenturyLink Arena. 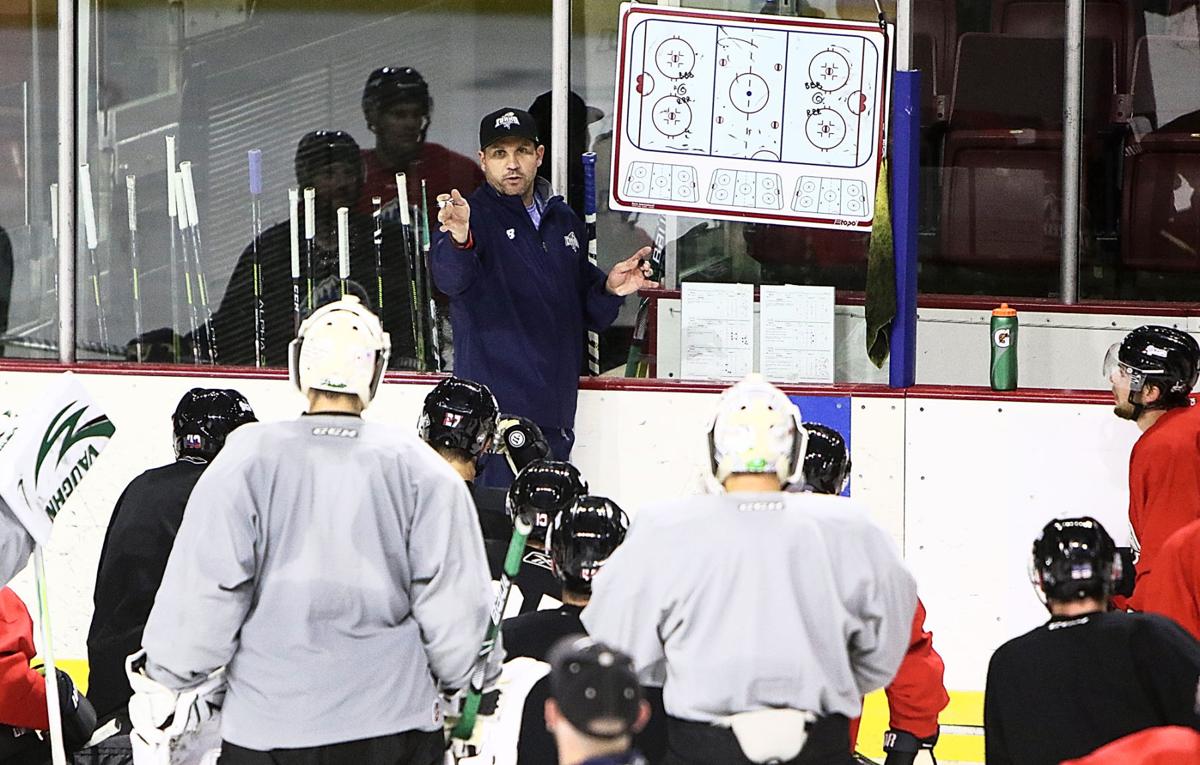 The Idaho Steelheads stretch before practice on Tuesday at CenturyLink Arena.

BOISE — It may be a new season for the Idaho Steelheads, but many of the faces on the ice are familiar. Even the new guy in the head coach’s office.

The Steelheads began training camp for the 2019-20 season on Monday and brought back 14 players who spent time in Idaho last season. That includes five forwards, seven defensemen and two goaltenders — Tomas Sholl and Colton Point, who both start the season down from the AHL’s Texas Stars.

“In my pro hockey career, that’s the most I think I’ve come back to play with,” said defenseman Keegan Kanzig. “We had such a close knit group last year and it’s exciting to see a big core of that group come back as we hit the ground running again.”

One face that did not come back was last year’s head coach Neil Graham, who stayed in the Dallas Stars’ organization and took a job as the assistant coach with the Texas Stars. The Steelheads stayed in house to find his replacement, promoting assistant coach Everett Sheen.

Players say in the locker room say he was the unanimous first choice once Graham took his new job.

“I think it’s smart from the organization point to bring a guy that’s familiar with all the guys returning,” said captain A.J. White. “I think that will make it easy to have a good start to the beginning of the season.”

After falling to the Tulsa Oilers in six games in the Mountain Division final last year, a lot of the players felt like they wanted to come back provided a good chunk of last year’s team did, as well.

White was the first to sign in June, inking a deal with the team to return for a third season. Four players, all returning, had signed by the time Graham left in July, and after the Steelheads hired Sheen, the resignings kept coming in.

“Grahmer and myself, we did a lot of work early and then it was nice that so many guys wanted to come back,” said Sheen. “It was a good vote of confidence that they all still wanted to come back when I was named head coach. They helped actually get a couple of the new guys on board, and I think we’ve added a different dynamic.”

The first seven guys to sign on for this season were all returning players before Freddy Gerard, a rookie forward out of Ohio State, signed in late July.

But as rookies and new acquisitions started rolling in, so did players from the 2018-19 team.

The final training camp roster was set this weekend, with three more players making their return to Idaho. Sholl and Point were sent down by Texas, while defenseman Ondrei Vala was sent down by the Dallas Stars.

After exiting the Kelly Cup Playoffs in the second round a season ago, the returning Steelheads feel like they have unfinished business.

“Every time you end your season early, you have added motivation to start the next year,” said White. “We’re all really excited, we’ve got a lot of new skilled guys and I’m just really interested to see how it all plays out.”

The Steelheads will get a chance to see what they have this weekend with two exhibition games against the Utah Grizzlies — Friday in West Valley City, Utah, and Saturday at CenturyLink Arena.

They open the regular season Oct. 11-12 with two road games against the Grizzlies, then have their home opener Oct. 18 against the Wichita Thunder.

“Every year I feel like that excitement’s here, especially with the playoff streak at 22 years now,” said White. “We got Burt back, who’s won a couple Cups here. So we’re really excited and we want to push to that next point to get there.”