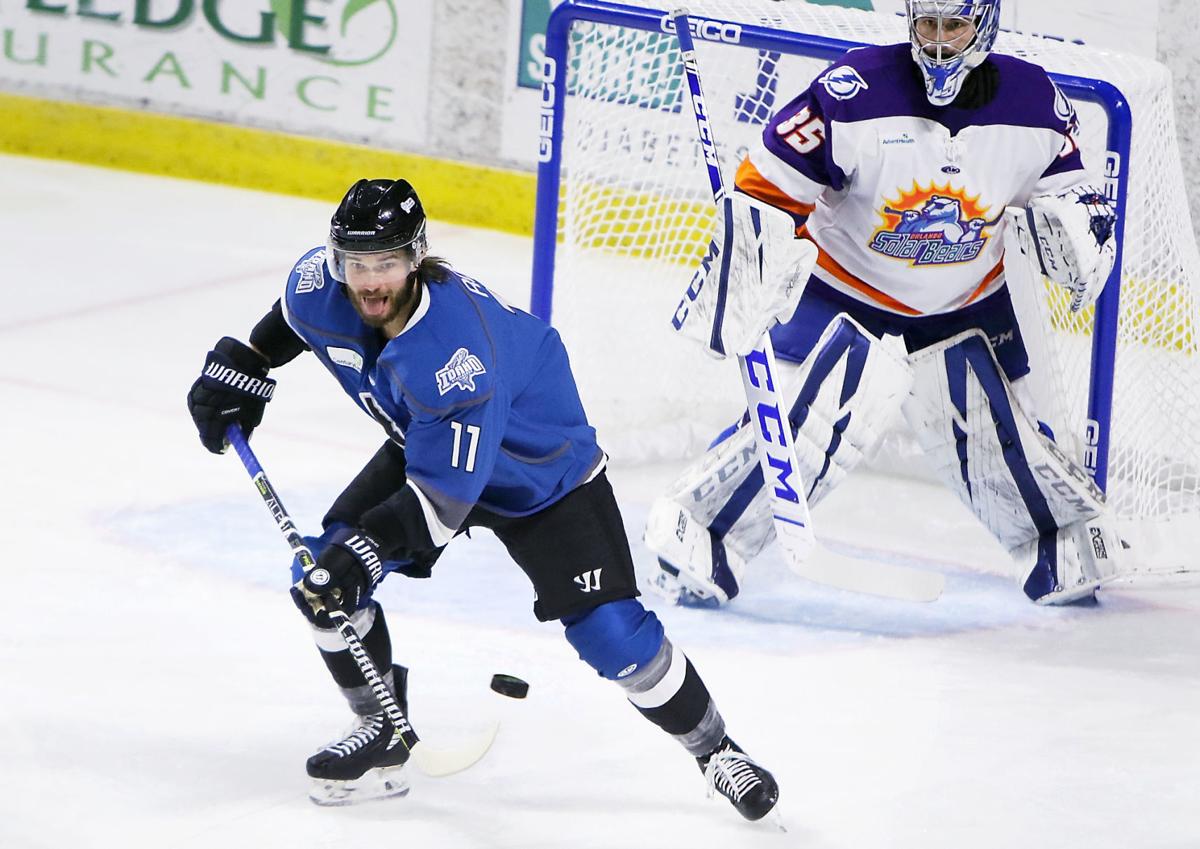 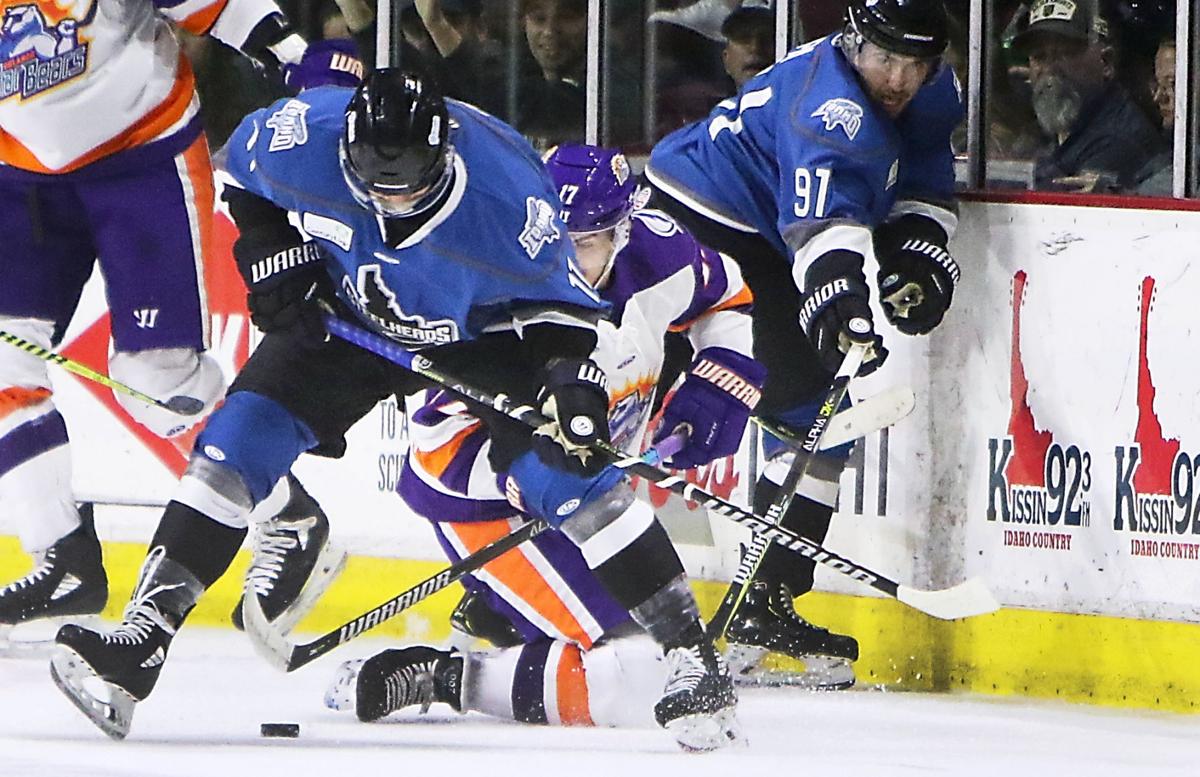 BOISE — Marc-Olivier Roy remembers playing a road game against the Idaho Steelheads at some point IN his career. He just isn’t confident about the details.

When you’ve made as many stops in your career as he has, the memories start to run together.

“I think I played one game back in the day, I’m pretty sure.” Roy said. “I don’t remember what team I was on, I will say maybe I was with Alaska. I came once here, but I couldn’t remember because it was three, four years ago.”

Turns out Roy’S memory is a lot better than he gives himself credit for. The center played at CenturyLink Arena for one game in the 2016-17 season, when he was sent down to the Aces by the AHL’s Utica Comets for a short stint in the ECHL. He played just five games for the Aces during that season, one of his many stops along his professional hockey career.

The Steelheads mark his eighth team since beginning his professional career in 2015. And with his play making ability, Idaho wouldn’t mind if Roy had an extended stay here.

Roy is currently tied for second in the ECHL with assists, despite that he — along with the rest of the Steelheads, for that matter — were held without a point Wednesday in a 3-0 loss to the Orlando Solar Bears. Roy has 13 assists on the season, one behind Tulsa’s J.J. Piccinich.

“We’ve got good players on the team, so that helps me a lot,” said Roy. “I’m just more of a playmaker. I mean I try to shoot a lot every game, and I’m getting some great looks too. It’s just part of my game, trying to make the right play, the right decision. I play with a lot of speed so it opens some space.”

Roy has had at least one assist in 11 of the 15 games he’s played in this season, including three assists during a third-period comeback on Oct. 25 against the Wichita Thunder. In that game, the Steelheads trailed 3-0 with 15 minutes to go before rallying to get a point in the standings with a 4-3 overtime loss.

He scored a goal in a 5-4 loss against the Utah Grizzlies on Nov. 1, but that remains his only goal of the season. Steelheads coach Everett Sheen said he’d like to see Roy be a little more selfish and take more shots at the net, but said he can’t fault him for making the most of the situations that he finds himself in.

“He always finds himself in Grade A situations, and then someone he passes it to makes a backdoor tap,” said Sheen. “So you can’t really take that away from him, either. He just has to keep going and I’m sure the goals will catch up with the assists here soon.”

In 104 games at the ECHL level, Roy has been more of an assist guy than a goal scorer. He has 32 goals and 63 assists, averaging a little under a point per game for his career. He joined the Steelheads this offseason after being traded by the Fort Wayne Komets as part of a future considerations deal made between the two teams last season.

Idaho marked yet another stop by the 2013 second round draft pick of the Edmonton Oilers. He signed an AHL contract with the Bakersfield Condors, Edmonton’s affiliate, after finishing his junior hockey career playing with the Quebec Remparts in 2015, then started the year with their ECHL affiliate, the Norfolk Admirals, before getting the call up to Bakersfield. The next season he signed with the Comets and played 23 games with them and five with Alaska.

He spent the last two seasons on contract with Fort Wayne, and had AHL professional tryout contracts with the San Jose Barracuda, the Chicago Wolves, the Laval Rockets and Utica during those two years.

“I’ve been unlucky or fortunate, I don’t know, to play with as many teams as that,” Roy said. “When you sign a contract with the ECHL, you get more chances to go to other teams. Last year I got chances to go to Chicago, Laval, the year before that San Jose and Utica. It opens more doors and I play with more teams. I don’t know if it’s a good thing or a bad thing. But for me I like it because I can play at the next level.”

Idaho lost Wednesday despite doubling the Solar Bears on shots. Idaho had 44 shots to Orlando’s 21. But Orlando goalkeeper Zachary Furcale, who was teammates with Roy on the Remparts during the 2014-15 season and again with the Komets last season, turned away all 44 shots.

“We just got to bear down and continue what we’re doing,” Sheen said about getting pucks in the net. “We are getting some Grade A looks, it’s just a matter of bearing down and putting it in the back of the net. Odds are they’ll start going down here soon, so we just got to stay with it and stay positive.”

Furcale led Team Canada to a Gold Medal in the 2015 IIHF World Junior Cup with a 1.20 goals-against average in six games and had a number of call ups to the Montreal Canadiens between 2015-18, but never appeared in an NHL game.

Rookie Rich Boyd scored his first professional goal for the Solar Bears 4:18 into the game, while Mikhail Shalagin, a seventh round pick by the Tampa Bay Lightning in June’s NHL draft, added a score 27 seconds into the third period. The Solar Bears got a empty net goal from Trevor Olson in the closing seconds.