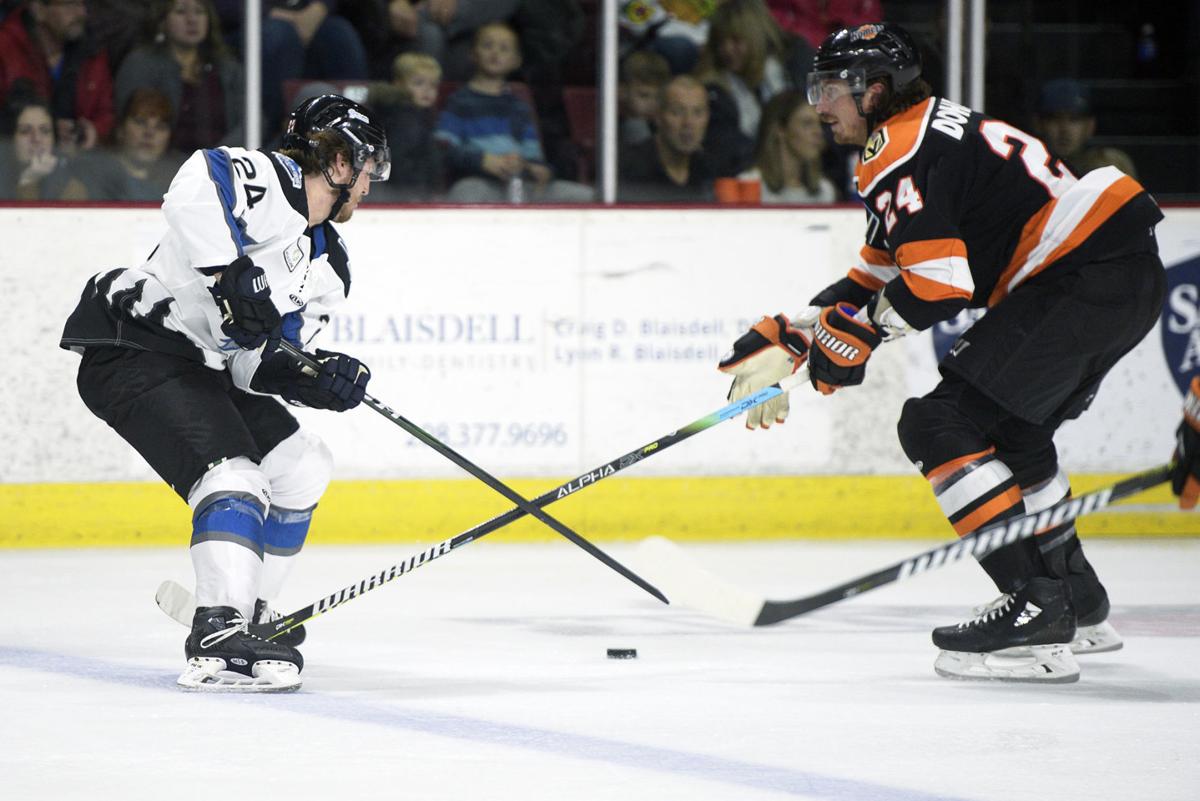 Steelheads forward Tye Felhaber (24) hits the puck away from Fort Wayne during the game on Friday at CenturyLink Arena. 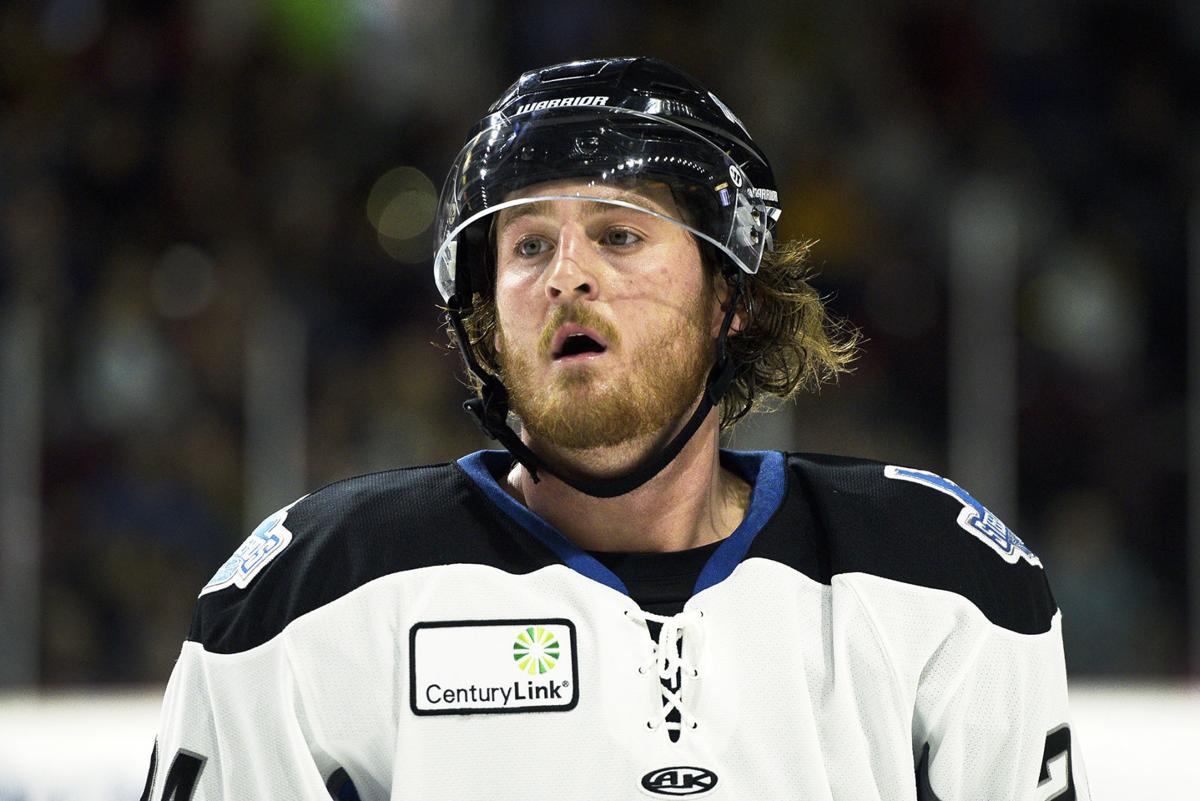 Steelhead forward Tye Fehlhaber (24) comes toward the bench during the game against Fort Wayne on Friday at CenturyLink Arena. 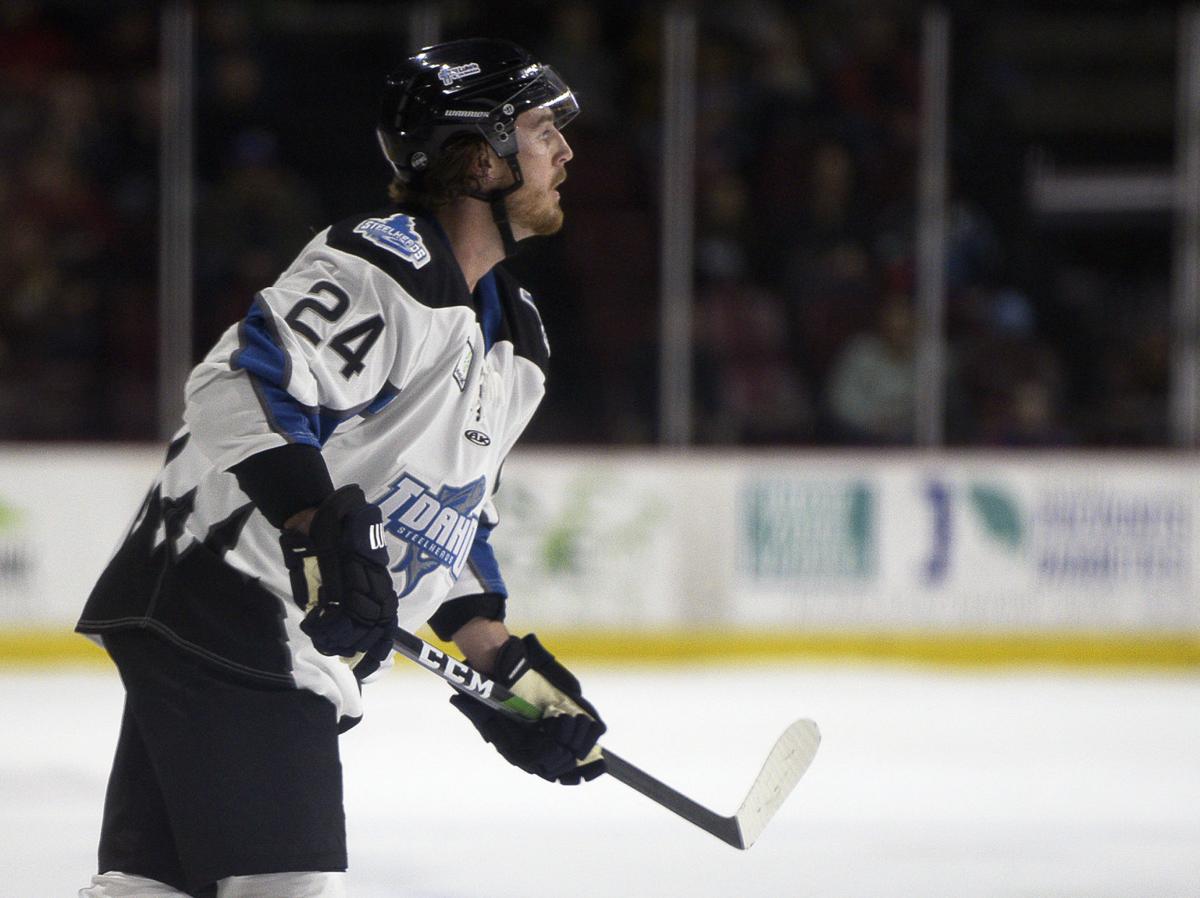 Steelhead forward Tye Felhaber looks on during the game against Fort Wayne on Friday at CenturyLink Arena.

Steelheads forward Tye Felhaber (24) hits the puck away from Fort Wayne during the game on Friday at CenturyLink Arena.

Steelhead forward Tye Fehlhaber (24) comes toward the bench during the game against Fort Wayne on Friday at CenturyLink Arena.

Steelhead forward Tye Felhaber looks on during the game against Fort Wayne on Friday at CenturyLink Arena.

BOISE — Throughout his hockey career, Tye Felhaber has thrived on responding to adversity.

Whether it’s three straight years of hoping to get picked in the NHL Draft but not having his name called, seeing his ice time decrease — and eventually being traded — in junior hockey or breaking his wrist, once he did start figuring things out on the ice, Felhaber has faced a number of setbacks but risen above every one.

His stint with the Idaho Steelheads is just the latest example.

Felhaber had a three-point performance Friday in a 4-2 win against the Fort Wayne Komets at CenturyLink Arena, continuing his hot streak that began last week after being demoted from the AHL’s Texas Stars. He had a goal and two assists, bringing his total to three goals and three assists in four games since coming to Idaho.

“You got to have a positive attitude about it,” Felhaber said about the demotion. “You look at it as you’re going to get more ice time and you’re going to develop your game a little more. I feel like in these first few games, I have.”

Felhaber, who signed a three-year NHL entry-level contract with the Dallas Stars in March, is in his first professional season after a prolific final year with the Ottawa 67’s of the Ontario Hockey League.

Felhaber finished the regular season second in the league with 59 goals and tied for third with 109 point. In 18 playoff games, he added 17 goals and 11 assists, leading Ottawa to the OHL Finals, where the 67’s fell in six games.

After participating in the Dallas Stars training camp, he was assigned to Texas to begin the season. But the offensive production he had grown accustomed to in junior hockey wasn’t following him to the pros. In 18 games for Texas this season, he had just one point, an assist on Oct. 18 against Grand Rapids. The 21-year-old Felhaber said that it was the longest goal drought of his career since his 16-year-old junior season with the Saginaw Spirit.

After 13 straight games without a point, Dallas assigned Felhaber to the ECHL on Dec. 5.

“As a goal scorer you want to score goals,” said Felhaber. “I wasn’t producing and they sent me down here to get the confidence going. I feel like I have that now and I think that will translate whenever I get called up, as well.”

It didn’t take long for him to get going. With the Steelheads trailing the Allen Americans 5-3 in the third period last Friday, Felhaber took a loose puck in front of the net and put it in, helping to spark the 6-5 comeback win. He also had an assist in the Steelheads’ three-goal third period. In Wednesday’s 4-2 loss to the Komets, Felhaber tipped in a pass from Marc-Olivier Roy.

“I saw Tye earlier this year in Traverse City (a prospects tournament in Michigan) and in Texas at camp in the fall,” said Idaho coach Everett Sheen. “I knew what he was about, he’s a high-end offensive guy — which you can see by his junior numbers. We knew that coming in. He just needed to come here and find some confidence, and hopefully he’s finding it.”

He had Idaho’s first goal of the game Friday midway through the first period, taking a pass from Conner Bleackley in front of the net. He assisted on both of A.J. White’s goals in the second period, as Idaho took a 4-0 lead.

“He brings a lot of energy,” White said about Felhaber. “Obviously, he’s got a lot of skill, but he plays both sides of the ice very well. It’s proved so far he’s had success, I think he’s got to keep working at it. In no time, he’ll be back up.”

Will Merchant had his team-leading 12th goal of the season in the second period. White had two chances at getting a hat trick on an empty net late, but missed both.

Sheen said Felhaber is a perfect example of how both the Dallas Stars and the Idaho Steelheads benefit from their affiliation. Felhaber is one of three players in Idaho currently on an NHL contract, along with goaltender Colton Point and defenseman Ondrej Vala.

“They have high hopes for Tye, so they were on board with getting him some reps, getting some ice,” said Sheen. “It goes to show the confidence they have in what we do down here. To be able to to send a guy down like that, we can help him be better down the road.”

For Felhaber, having a clear path to the NHL is one that he embraces. And while coming to Idaho might seem like a step in the other direction, it’s not going to derail him from setting his sights on the big leagues.

“You can never stop chasing that dream, because you’re so close,” said Felhaber. “Being in the ECHL, you’re just two leagues away from it. You just got to stick with it and you got a chance to make your dreams come true.”