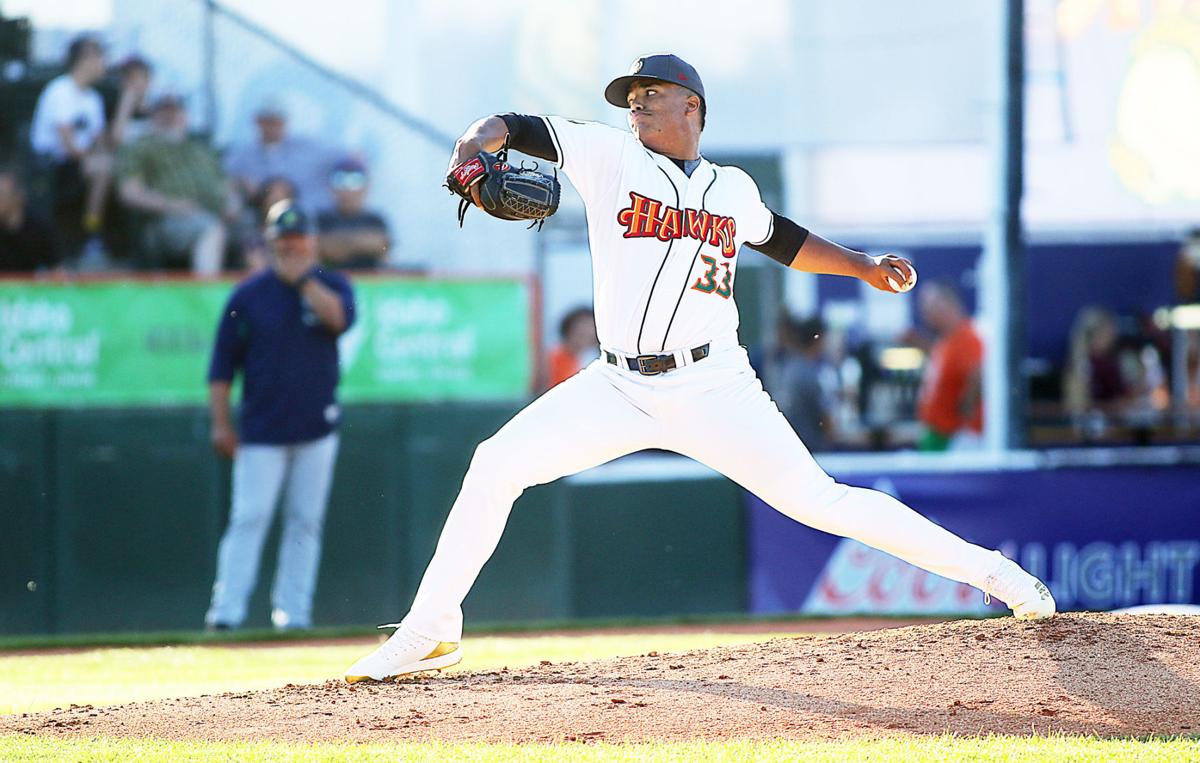 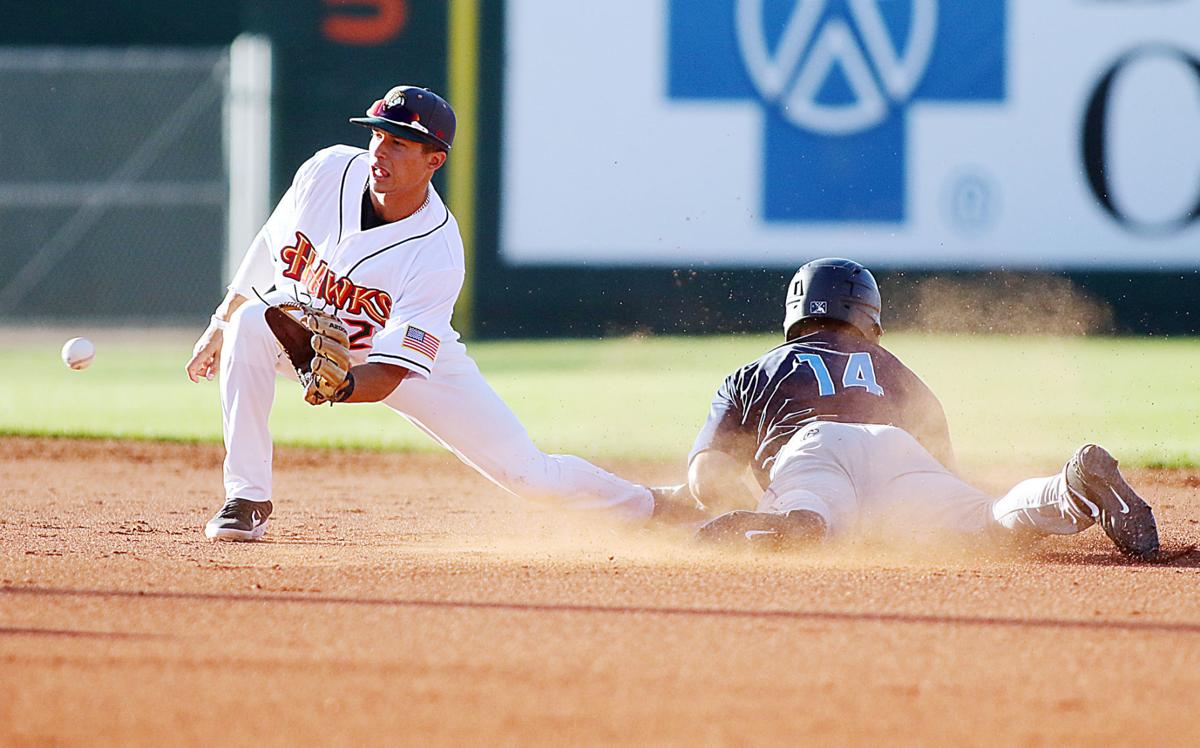 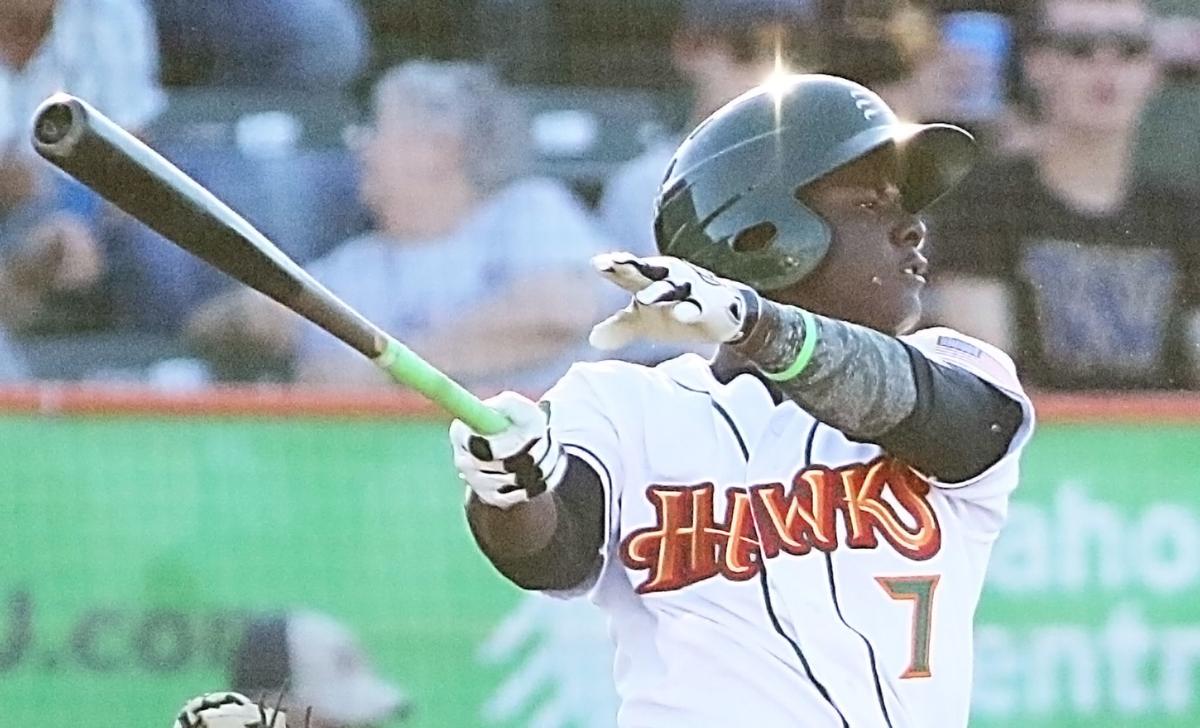 BOISE — Wander Cabrera gave the Boise Hawks the effort they needed from their starting pitcher after a tough road trip to start the season.

In front of an announced crowd of 4,014 in the home opener Monday at Memorial Stadium, the lefty turned in a solid effort on the mound and Bladimir Restituyo drove in three runs as the Hawks took a 4-1 win against the Everett AquaSox.

“The first weekend we haven’t been good and I think you just have to keep it going and keep pitching and keep batting,” said Cabrera.

The win marks the first of the season for the Hawks, who dropped all three of their games in a season-opening series against the Salem-Keizer Volcanoes over the weekend. Boise dropped the first two games of the series in extra innings, blowing late-game leads in both, before the Volcanoes wrapped up the series with a 8-3 win on Sunday.

“I think the long bus ride back after getting swept woke up the bats a little bit,” said Trey Jacobs who had two hits for Boise. “We were able to scratch across some runs tonight.”

Making his Boise Hawks debut, Cabrera pitched the first five innings for Boise, allowing three hits and one run, while striking out four.

Cabrera, acquired by the Colorado Rockies via a trade from the Chicago Cubs in 2015, had spent much of the past four seasons playing in the summer league in his native Dominican Republican before getting a chance with the Rookie League Grand Junction Rockies last year.

He had two relief appearances in Class A Asheville to begin the season, but Monday marked his first start.

Even after a throwing error by Cabrera led to the AquaSox’ lone run of the game in the fifth inning, and another error put a runner on third base, Cabrera was able to end the inning by forcing a flyout to right field.

“I like talking to myself saying, ‘Keep going towards the strike,’” said Cabera. “If somebody puts the ball in play, something is going to happen.”

Boise struck first with a two-out rally in the fourth inning. Jacobs got things going with a double, then moved to third on a Joe Aeilts single that hit off Everett shortstop Patrick Frick.

With two outs and runners on the corners, Everett pitcher Nate Fisher focused on Aeilts at first, attempting multiple pickoff throws. Restituyo made Fisher pay, hitting a line drive to the left field wall, bringing both the baserunners home for a 2-0 lead.

“Me and Joe talked about it when we both got in the dugout after after we both scored, I told him, ‘He is stuck in his head like his favorite song,’” Jacobs said. “And that’s what I like to see as baserunners. I try and do it on second more than first, but he was very good at first, but getting a big lead, threatening run every time. Threatening the hit and run, threatening everything that we could do to push across the run on third. And it worked out for us, so we got pushed both across.”

The AquaSox got one run back in the fifth and had another runner at third, thanks to two bunt singles and two errors, but Cabrera was able to force a flyout to right field to get out of the inning without any more damage.

Reagan Todd pitched a scoreless sixth and seventh inning for the Hawks, Joel Condreay struck out two in the eighth and Will Tribucher retired the side in the ninth.

Boise extended the lead to 3-1 in the bottom of the sixth inning after LJ Hatch launched a double to center field to score a run from first base. Restituyo added to the lead in the eighth inning on an RBI single that scored Jacobs.

Jacobs, Aeilts and Restityuo — Boise’s 4, 5 and 6 hitters, respectively, each had two hits for the Hawks, who had nine as a team.

Boise continues the four-game series with the AquaSox at 7:15 p.m. today.