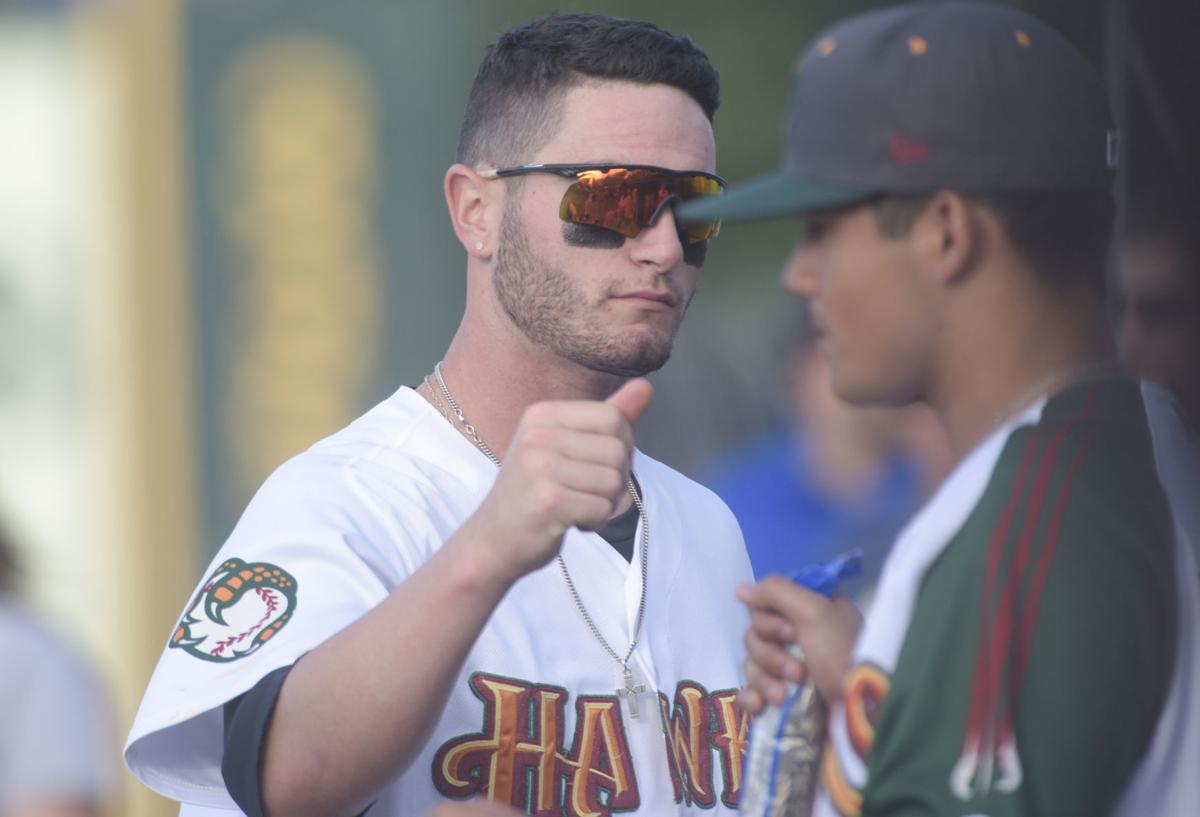 Boise Hawks outfielder Cade Harris (17) is greeted by teammates after coming into the dugout after a defensive stop in Thursday’s game against Hillsboro at Memorial Stadium. 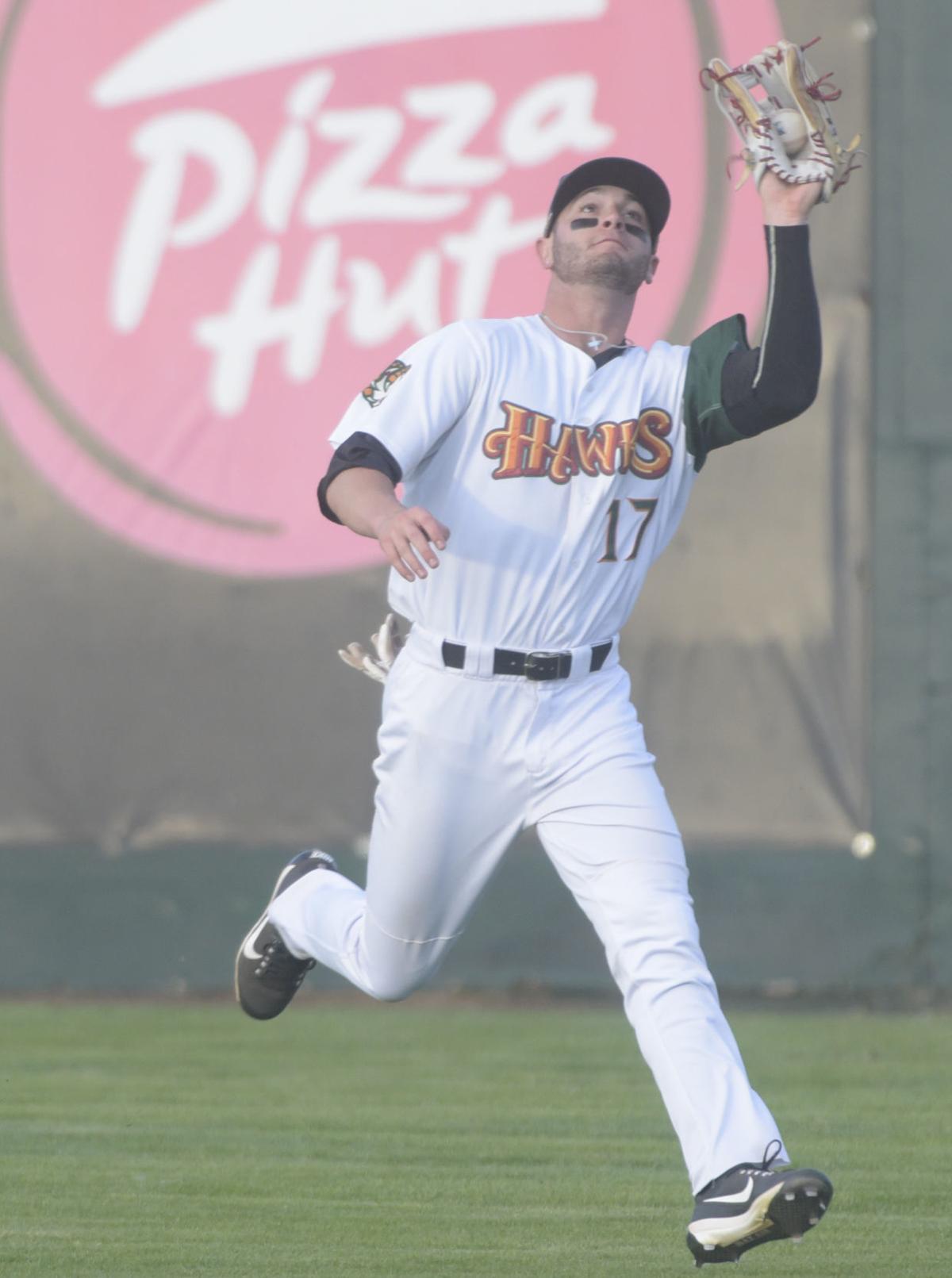 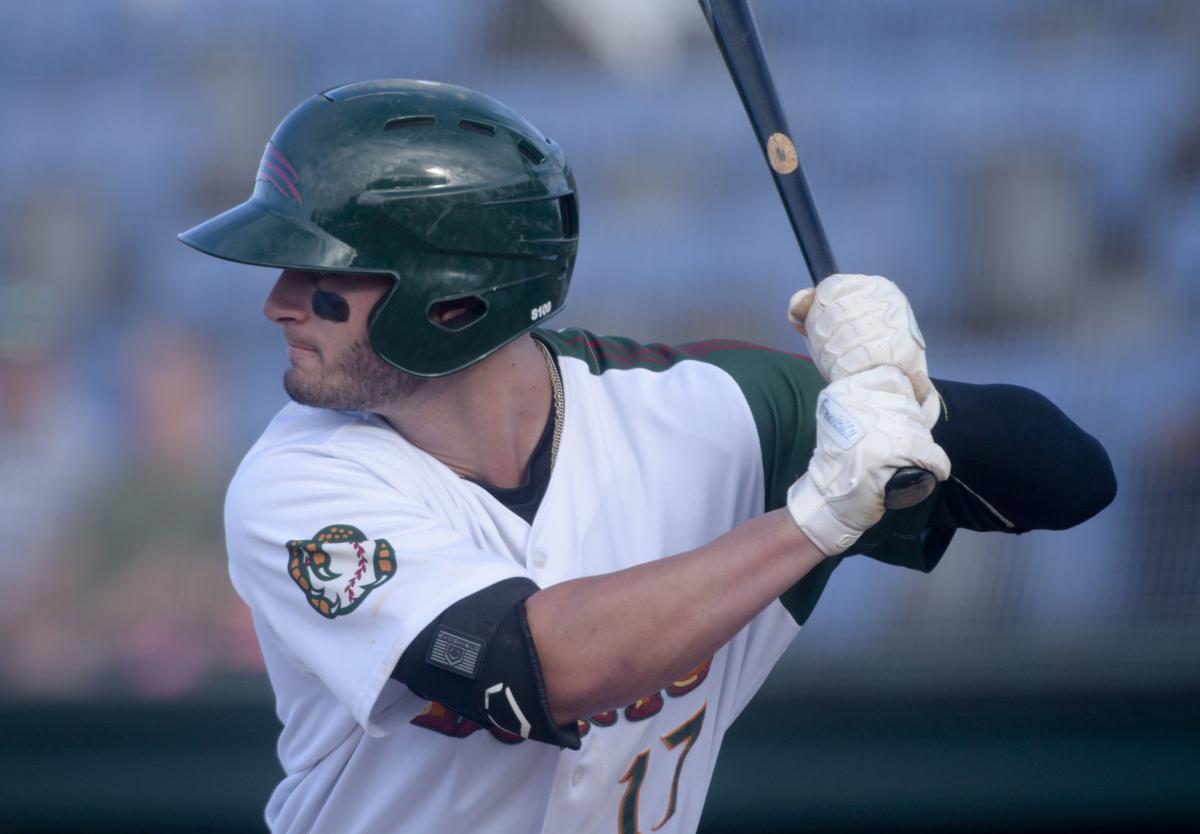 Boise Hawks outfielder Cade Harris (17) is greeted by teammates after coming into the dugout after a defensive stop in Thursday’s game against Hillsboro at Memorial Stadium.

BOISE — Cade Harris didn’t think much about it after he singled in his first at-bat during the Boise Hawks’ season opener earlier this month. Heck, he had 65 of them during his junior season at Oklahoma this spring.

But this one was different. It was his first professional hit.

“They threw the ball into the dugout and I didn’t realize what they were doing and I came back and they said your ball is in your locker, and I was like ‘wow, they do give you your ball from your first hit,’” Harris said. “I wasn’t nervous at all but once I found that out I said maybe I should have been a little nervous.”

Harris, a 10th round pick by the Colorado Rockies out of Oklahoma in the recent Major League Baseball Draft, got off to a fast start with the Hawks and hasn’t slowed. He had hits in five straight games to start the year and has hits in 10 of 13 games so far.

The left-handed hitting Harris has put together arguably the best offensive season of anyone in the Northwest League so far. He entered Thursday’s game ranked first in on-base percentage at .519, first in runs with 15, first in walks with 13 and tied for sixth with two home runs.

He hit .274 this spring at Oklahoma, but had a .350 batting average through the first two weeks of his professional career, which ranked fifth in the Northwest League entering Thursday’s game.

“He’s had a really good start,” Hawks manager Scott Little said. “I was absolutely shocked to find out he hit .274, but his on-base percentage was amazing even with that, so we’ve been very pleased.

“He’s got a confidence about him. I like the fact that he has a little swag in him. That’s OK. Half the battle in this game is confidence and when you go through a struggle not taking yourself into bigger slumps. If you don’t believe you’re good, you aren’t going to be good. … I like the mix of it. He’s aggressive and hits the ball hard when he swings.”

And this is where we get to the interesting part: ‘when he swings’. Harris led the NCAA with 66 walks in 63 games for Oklahoma this season, which helped him to an impressive .440 on-base percentage despite only hitting .274.

Harris had 127 walks to 128 strikeouts during his three years at Oklahoma, and he has 14 walks to just 10 strikeouts so far in 13 games with the Hawks.

“He knows the strike zone and he hasn’t expanded,” Little said. “But he’s been aggressive. He’s walked a lot but it’s not like he’s up there looking to take. He’s looking to swing the bat and he’s done a really good job of centering in on strikes and hitting them hard.

“It’s interesting to know that he walked that many times in college. He’s walked a lot here but I haven’t seen him just taking to be talking. He’s aggressive and hitting balls hard. We’ve been very, very pleased.”

Harris doesn’t know why or how his ability to take walks developed. His father never threatened to take away his dinner if he swung at bad pitches. He never got money from his grandparents for getting on base as a little leaguer.

For the 6-2, 195-pound Harris, the formula is actually quite simple.

“I just take what they give me and work with that,” Harris said. “I feel like I have a really good eye at the plate. I see the ball really well, and just swing at the pitches I should swing at and lay off the ones I shouldn’t.

“I just try to know the counts I’m in and if I am in a hitters count, I’m probably going to get a good pitch to hit.”

He went 0 for 3 but did walk in the Hawks’ 6-5 loss to the Hillsboro Hops on Thursday night at Memorial Stadium. The Hawks trailed 5-1 before rallied for four runs in the fifth, but Hillsboro took the lead in the top of the eighth and hung on to win for the second time in three games.

Harris, who wasn’t drafted out of high school, said there wasn’t much consideration to returning to Oklahoma for his senior year. When the Rockies took him in the 10th round, he was ready to get his professional career started.

And he’s looked every bit like he belongs so far.

“This was the goal, this is what I’ve been working for since I was playing ball every summer,” Harris said. “It’s just a dream come true and I’m happy where I’m at. I think the Lord, and we’ll just see what we can do from here.

“It’s kind of weird thinking about this actually being my job, but I wouldn’t want any job other than this. I get to come out and play the game I’ve been playing forever. It’s just something I’ve always wanted to do and now I’m here.”

The Hawks hit the road for a series at Tri-City starting tonight, but will be back at Memorial Stadium on July 4 to play the Eugene Emeralds.