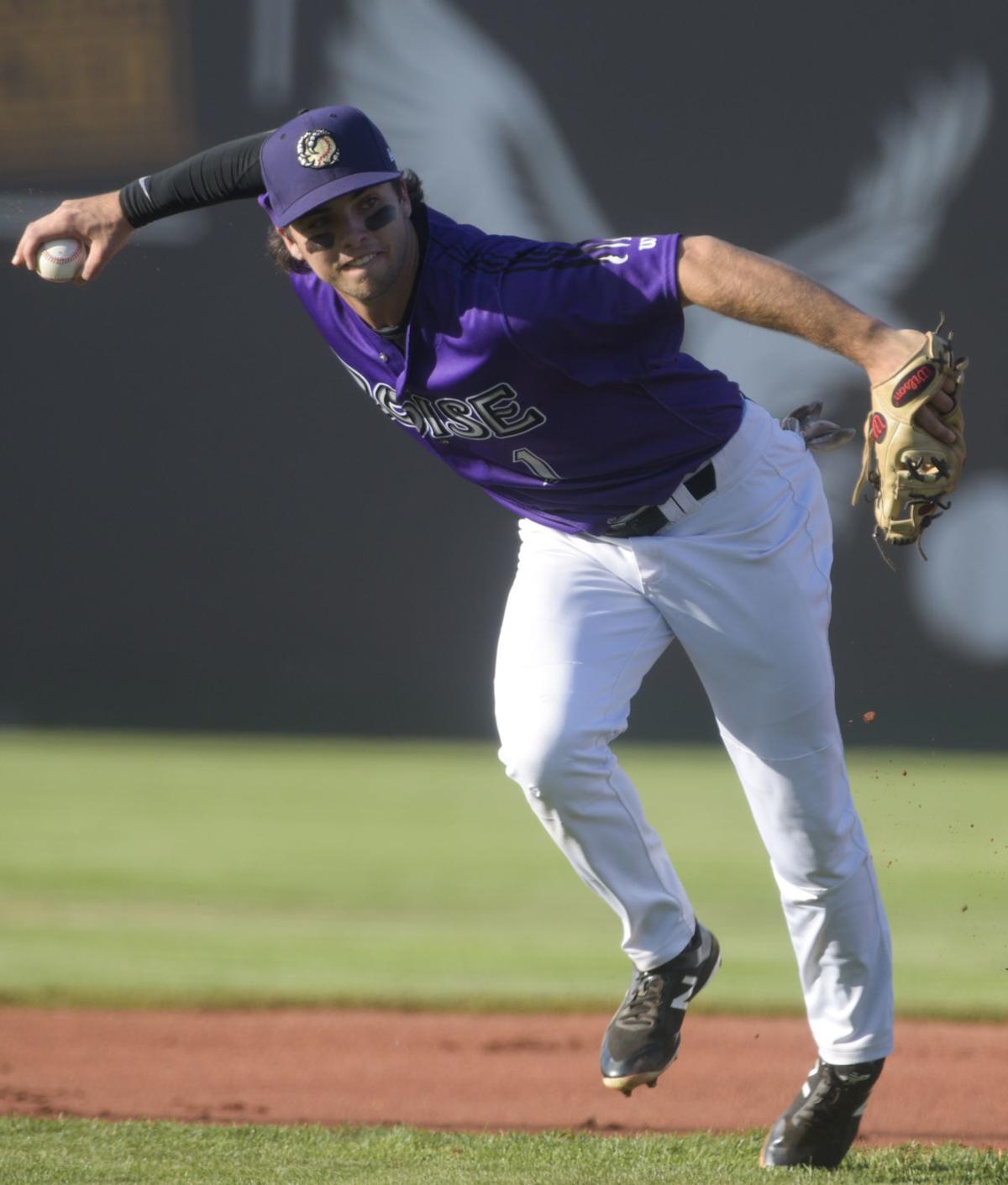 Boise Hawks infielder Terrin Vavra (1) fires to first for an out after fielding a ground ball in a game against Everett on July 20 at Memorial Stadium. 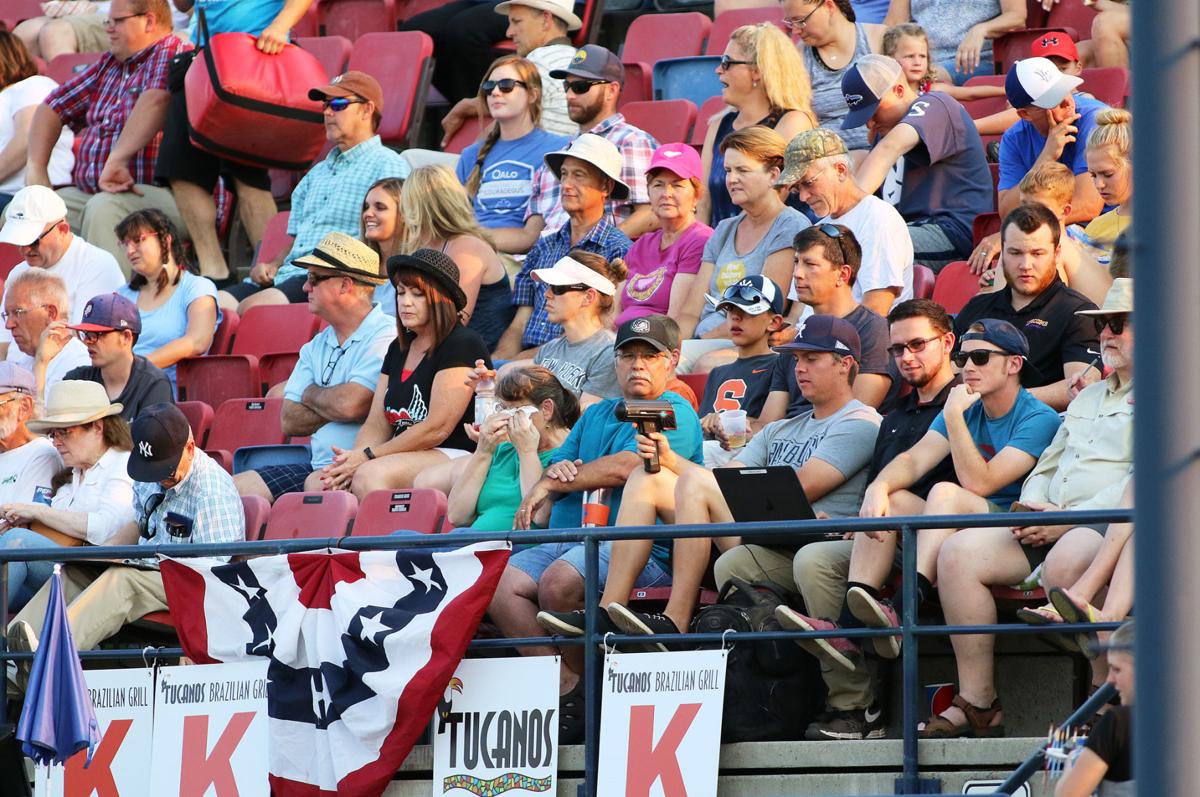 A crowd fills the stands behind home plate as the Boise Hawks face Eugene during minor league baseball action on July 5 at Memorial Stadium. 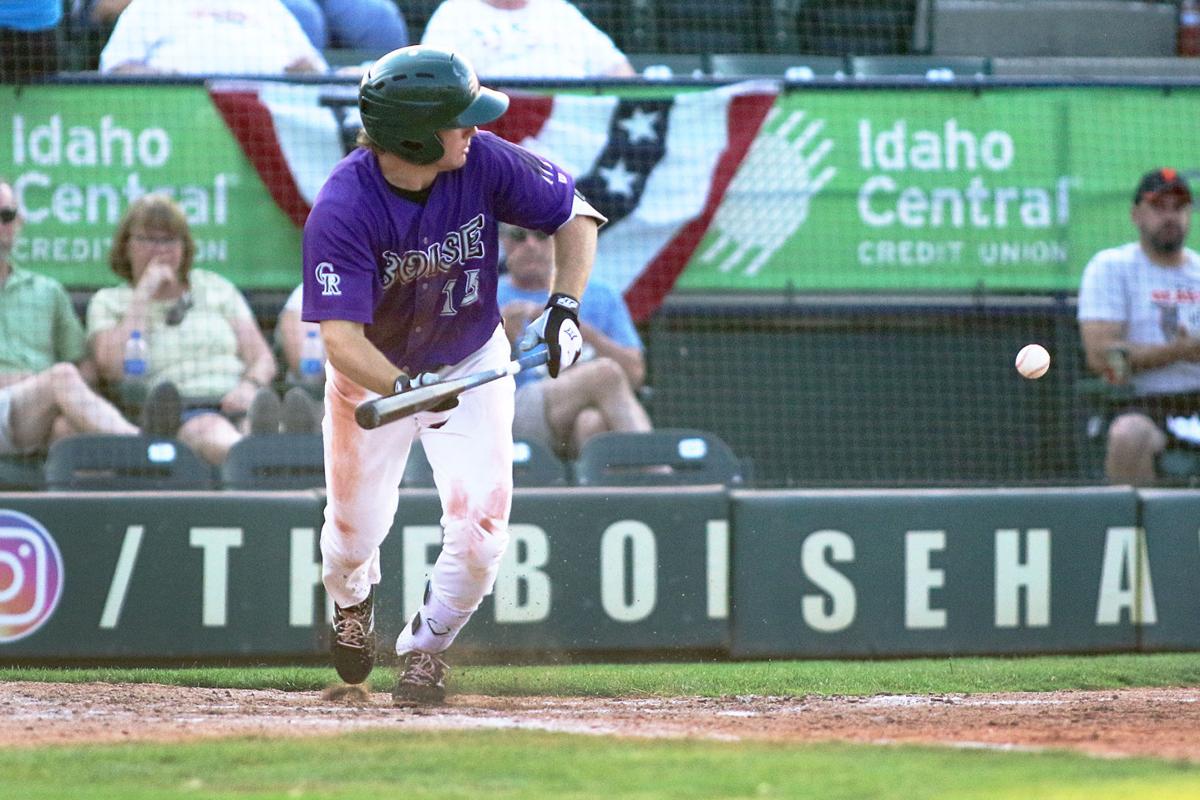 Boise Hawks third baseman Kyle Datres (15) runs after a bunt in a game against Eugene on July 5 at Memorial Stadium.

Boise Hawks infielder Terrin Vavra (1) fires to first for an out after fielding a ground ball in a game against Everett on July 20 at Memorial Stadium.

A crowd fills the stands behind home plate as the Boise Hawks face Eugene during minor league baseball action on July 5 at Memorial Stadium.

Boise Hawks third baseman Kyle Datres (15) runs after a bunt in a game against Eugene on July 5 at Memorial Stadium.

BOISE — Dave Bieter used it as an excuse not to wear a suit and tie.

The Boise Mayor joked there was actually an ordinance in place that if the temperature reached triple digits, city officials were allowed to dress a little more casual. But there was nothing casual about the news he helped deliver on the steps of Boise City Hall Plaza Thursday afternoon.

The Boise Hawks announced for the first time in franchise history they will host the Northwest-Pioneer League All-Star Game. It will take place next year on Aug. 6, 2019 at Memorial Stadium.

“What a wonderful day this is,” Bieter said. “It will be a great thing to showcase the city and have that kind of presence. But to have the kind of caliber of baseball that we’re going to see in the city of Boise, is just phenomenal.”

The Hawks, a Short Season Class A affiliate of the Colorado Rockies, applied and were awarded the annual all-star game at the Northwest League fall meetings in October. But out of respect for the 2018 all-star game which was hosted in Grand Junction, Colorado on Tuesday, they waited 10 months to make the news public.

The Pioneer League is a rookie/short-season A League with teams in Colorado, Idaho, Montana and Utah.

The Idaho Falls Chukars, an affiliate of the Kansas City Royals, are one of the members of the eight-team league. The leagues take turns hosting the annual event every year.

The all-star game will feature 25 Northwest League players going head-to-head against 25 Pioneer League players. It will also have a home-run derby and a Fan Fest the night before.

The two-day event is not only expected to bring in thousands of fans, but owners, executives and players from other minor and major league organizations as well. It’s also predicted between 90-150 hotel rooms in Boise and the surrounding areas will be booked up for the all-star game, meaning the city should be in for a major economic boost come next summer.

“I hear things in the business community like ‘sports are sort of a frilly little industry and they don’t really mean much. It’s not like they’re big business.’ That’s where people are wrong,” Boise Metro Chamber President Bill Connors said. “Sports in this country are a $250 billion industry which makes them bigger than Ford, GM and Chrysler combined.

The hosting of next year’s all-star game continues the upward trend for the Hawks this season. They sold out their first 11 games and have an average attendance of approximately 3,200 fans.

The latest achievement of having the first professional all-star game in Boise since the ECHL All-Star game in 2007 brought up questions of whether this would finally get the Hawks’ proposed new stadium off the ground.

The Boise Hawks’ ownership group, Agon Sports and Entertainment and Greenstone Properties, have both been vocal about a new downtown stadium located on the south side of Main Street between Whitewater Park Boulevard and 27th street. But it hasn’t made much traction, largely in part because taxpayers would have to pay nearly $40 million for the proposed project.

The hold up, along with the fact that Boise Hawks General Manager Bob Flannery thinks the current stadium is up to snuff for hosting an all-star game, caused him and his staff not to wait around any longer for the opportunity. But don’t get Flannery wrong, he still wants that new stadium.

“For what Memorial Stadium is, it’s a nice little place for what we are now,” Flannery said. “But there’s no way it can hold us where we’re going to be one day. It’s not big enough.

“For right now, it works. So we want to show off to our league, ‘Look what we’ve done here.’ And we’re proud of it. But we want to bring it back one day to a new ballpark, trust me.”

Tickets to the all-star game will be included to regular season ticket holders next season. The general public won’t be able to purchase tickets until next season.

Bieter said he’s already planning on purchasing his, and won’t be wearing a suit and tie that day either.

“The momentum that this can help bring to the team, to the city, to the prospect of a new sports park, is timing you just can’t plan for,” Bieter said. “I couldn’t be happier myself.”