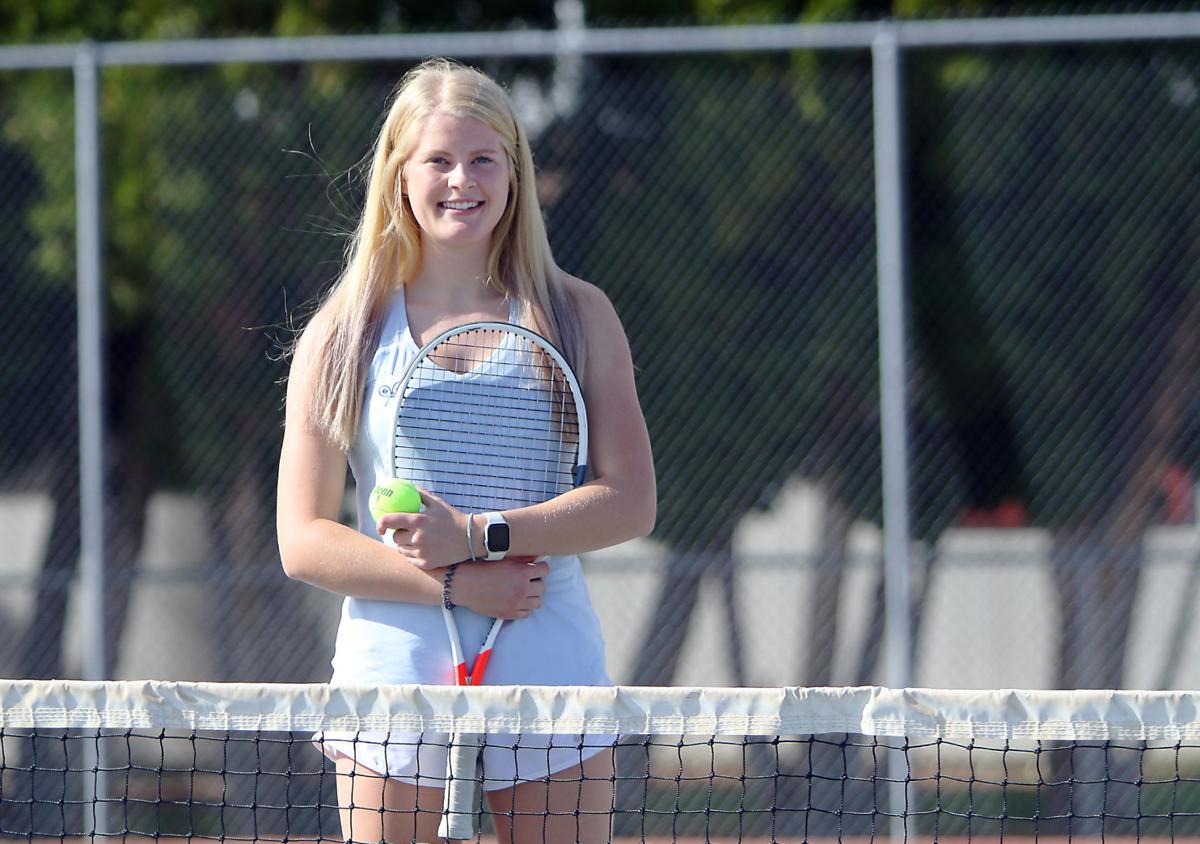 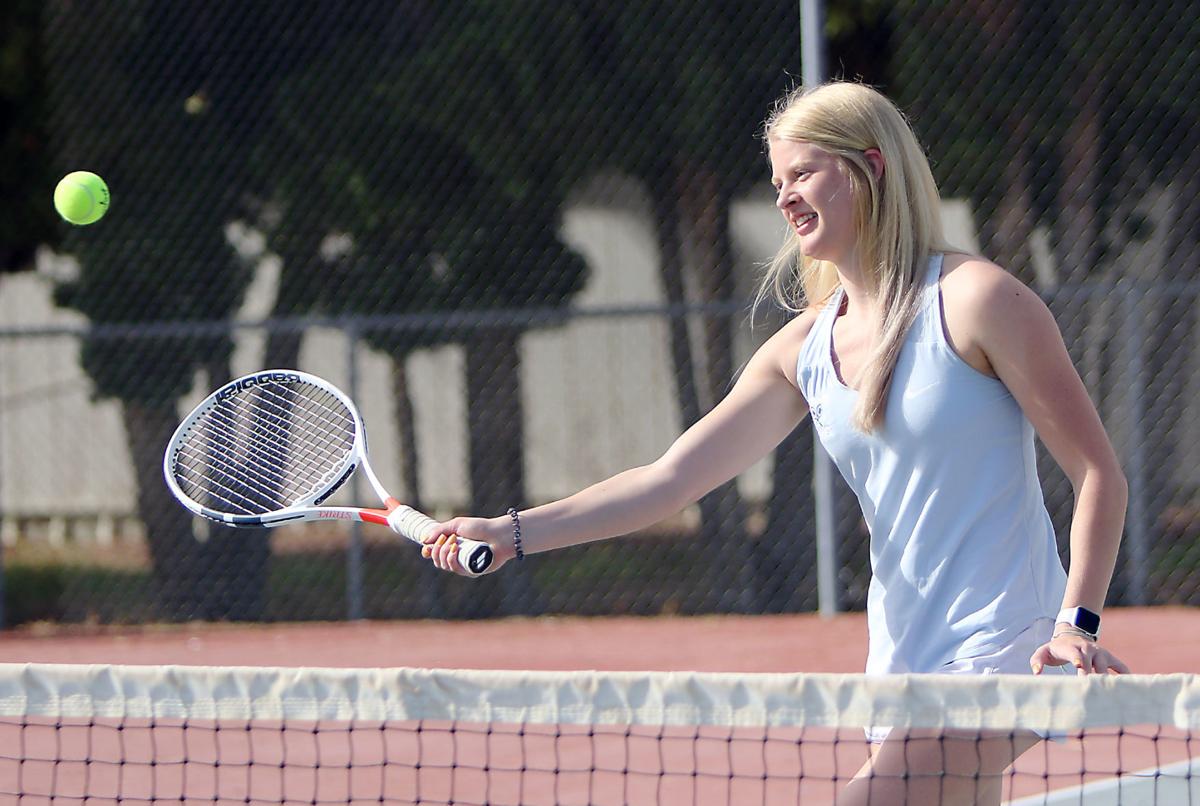 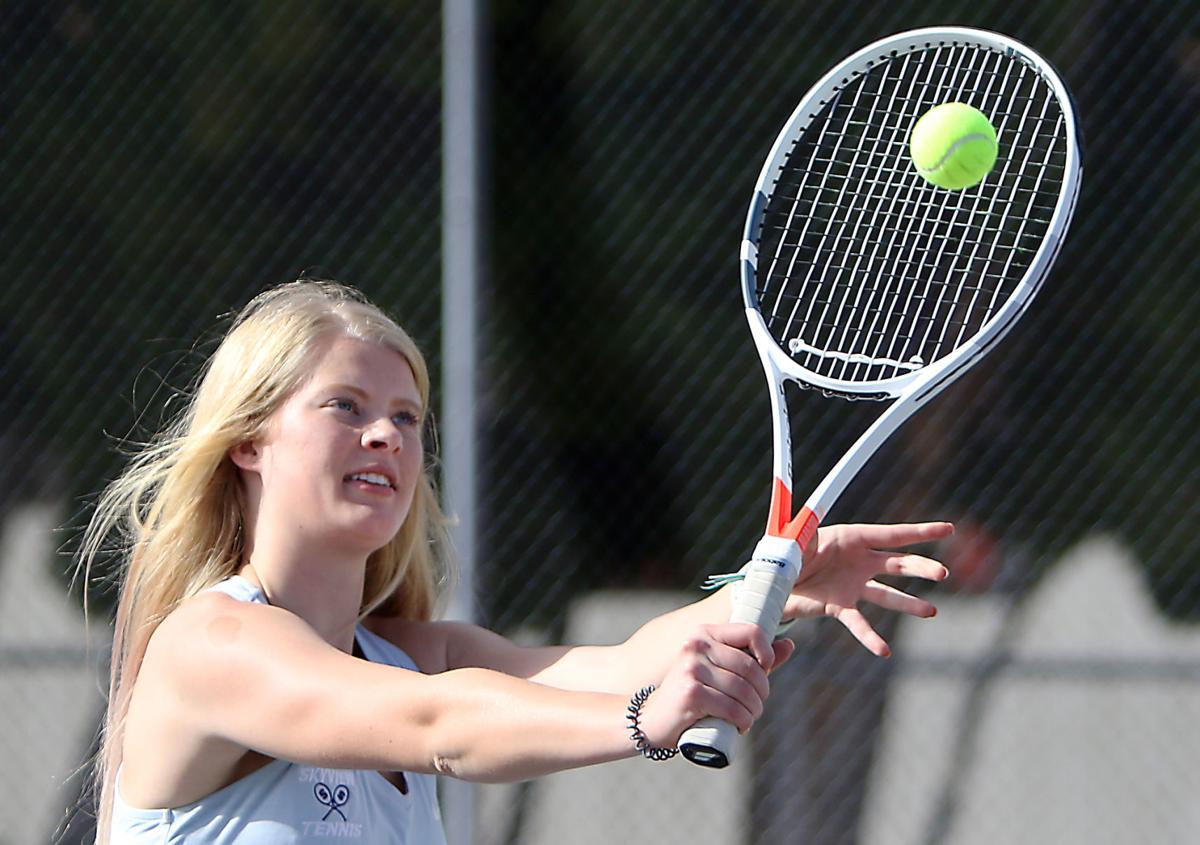 The Nampa Christian School student and Skyview High School girls tennis player’s room is proof of that. Her shelves are filled with trophies. The senior had already dusted a few more spots off for a few final ones.

But those spots will remain empty, likely never to be filled again.

Bowers won’t be continuing on with a sport which gave her more than a decade’s worth of memories — good and bad — and helped shape her into who she is today.

“I’m extremely proud of her,” father Bruce Bowers said. “Everybody’s got a story.”

The story began in tragedy when Madi was 5. She was just finishing up her dinner when she heard a thud.

Her mother, Tammi South, had collapsed on the floor behind her. Bruce had left to run some errands.

“I remember sitting there saying over and over, ‘Mommy, mommy, get up,’” Madi said. “I started crying and called my dad asking him, ‘What do I do?’”

An ambulance rushed Tammi to the hospital. She had suffered a heart attack and her brain had been deprived of oxygen for 30 minutes.

“She had the biggest heart,” Madi said. “She loved everyone and would put everyone’s needs in front of her own.

“Our thing was cooking. I always got to stir the salad.”

It was later determined that Tammi had died from complications due to untreated Gestational Diabetes. She had, unbeknownst to her, developed them during her pregnancy with Madi.

Tammi’s blood sugar was more than four times the usual levels. Her potassium level was 0.7. Normal ranges are anywhere between 3.6 and 5.2. Low potassium levels can increase the risk of an abnormally slow heart rhythm.

“She ate really well and was in such good shape,” Bruce said. “So you would have had no idea. It shocked us.”

However, they found solace in an unlikely place.

Bruce was a baseball guy. But professional tennis stars Serena and Venus Williams, with 62 grand slam championships between them, inspired him.

“I just went out and bought these cheesy rackets from Walmart,” Bruce said.

He and Madi started hitting together at Lions Park before discovering the River City Racquet Club.

Madi drilled a forehand right into the instructor’s forehead during her first session there when she was 8.

“I was freaking out,” Madi said while laughing. “But he just laughed it off and said, ‘Well, I guess your aiming is good.’”

A statement that rang true for years to come.

She filled up her shelves with trophies from Crane Creek and Barbara Chandler among others. Madi then won district titles in the sixth and eighth grades at Lone Star Middle School.

But she faced an intriguing predicament heading into her freshman year. Nampa Christian, the school she had attended since kindergarten, didn’t have a tennis program. Madi was already living in the Skyview school boundaries, though. So rather than compete unattached at 3A, she elected to play for the Hawks while keeping her enrollment at Nampa Christian.

“I loved being a part of that unique situation,” Madi said. “It was a completely different atmosphere and I loved getting to see all the different faces. Skyview will always have a special place in my heart.”

And Madi quickly made a name for herself there, too.

Madi took second at districts and fifth at state her freshman year.

The following season she was one of only two people at state to take a set off of three-time champion Adriene Pavek of Century. Pavek is now at Idaho State. Madi then won her next four matches in straight sets to place third at state.

“It was crazy,” Madi said. “But it didn’t hit me in the moment. It’s only now that I think, ‘Wow, there were all these good players. How did I get third?’”

Skyview’s move up from 4A to 5A, which has a week long district tournament, didn’t help either.

She barely qualified for state by finishing eighth at districts. Madi did win her opening match at state over Borah’s Angela Parker. But she fell to second-seeded Madi Whittmore of Coeur d’Alene in the quarterfinals. Bowers’ state run ended with a 9-7 loss to Rocky Mountain’s Sarah Hall — someone she had already beaten multiple times during the regular season.

“She could hardly run around the court,” Bruce said.

The experience carried over into her senior season.

It began with volleyball where Madi didn’t even want to go out at first. She had started since her freshman year, had won two state titles and was a three-time All-2A Western Idaho Conference player coming in.

Madi then almost quit the team about midway through the season.

“I came home one night to find her laying on the bathroom floor bawling,” Bruce said. “She was almost hyperventilating. Last season just kind of ate at her. I think she felt like if she didn’t play the way the coaches felt like she could play, she would be a failure again in her mind. She took it too hard on herself.”

But she saw the season through. The Trojans won their ninth consecutive district title, took second at state and Madi herself was an All-WIC player for the fourth year in a row.

For her final year in tennis, Madi had decided to try her hand at something new. She was going to partner up with Devin Slemmer in mixed doubles.

“I wanted my senior year to be about having fun again,” Madi said. “That’s why I started and fell in love with tennis in the first place. And I really hadn’t had that in a long time.”

She never got the chance, though. The only matches Madi got to play were the ones in practice.

“I’m trying not to think about it,” Madi said. “If I dwell on it too much, I might start crying right now.”

Bowers had opportunities with Whitworth (Spokane, Washington), Lewis & Clark (Portland) and the College of Idaho. But she has decided to just focus on academics at Grand Canyon University in Arizona.

But the difficult decision to walk away doesn’t take away from her passion of the game. She will still always love it — in one way or another.

“It’s always been my safe place,” Madi said. “I got on the court and knew what I was gonna do. It was all figured out in my head, where in life, that’s not always the case. Tennis has helped me with a lot of problem solving skills in my life and not to let one little bump in the road drag me down because there’s always gonna be more ahead of you. So I’ll always be grateful for it.”