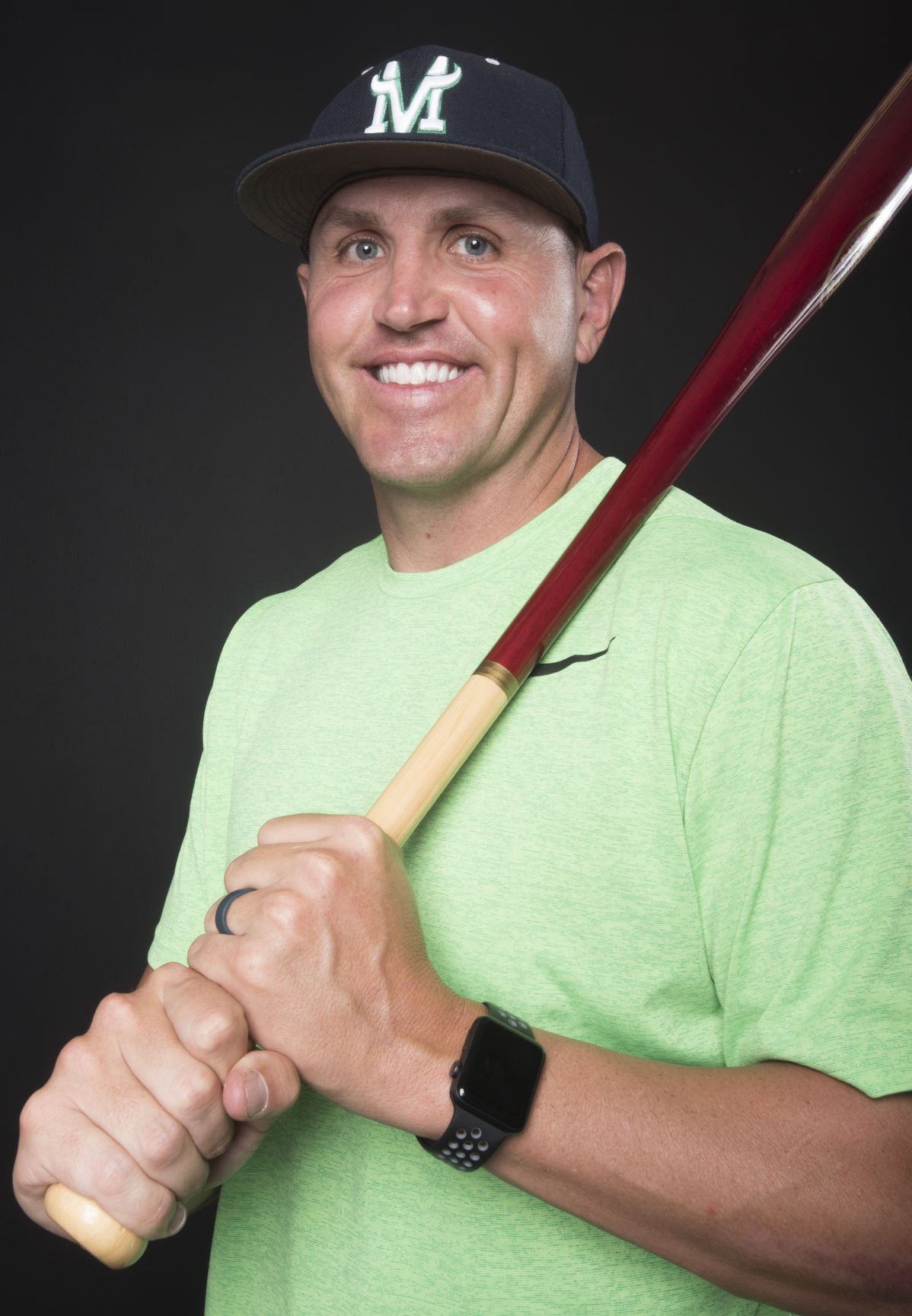 Sam Christensen is the new Mountain View head softball coach after serving as the assistant coach last season. He brings with him an impressive athletic background and great relationships with his players. 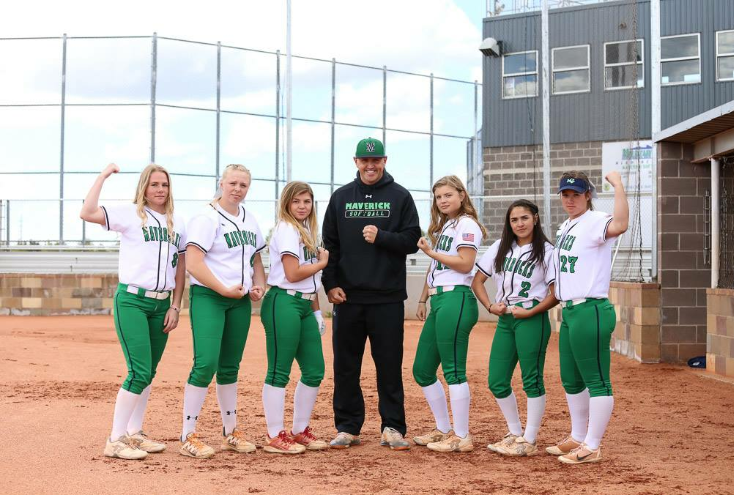 Sam Christensen poses with his team during a game last season.

Sam Christensen is the new Mountain View head softball coach after serving as the assistant coach last season. He brings with him an impressive athletic background and great relationships with his players.

Sam Christensen poses with his team during a game last season.

Sam Christensen heard the pleas of his players every day at school.

Mountain View High softball players poured into his classroom at the end of May one by one, sometimes even in groups all imploring him for the same thing. They wanted him to apply for the vacant head coach position.

Christensen, swayed by the masses, threw his name in the hat and ended up receiving the job his players most desperately wanted him to have. He was named Mountain View’s new head softball coach on May 29. Now with his players’ support, Christensen looks to carry on the program’s winning tradition.

“The players really drew me into taking this job,” Christensen said. “With them behind me, I felt like I could make a difference. I could see a lot of the kids wanted the help and support. I love the kids and it’s why I committed to being the new coach.”

Part of Christensen’s appeal with the players is his pedigree. The 37-year-old has been a winner nearly everywhere he’s gone.

After starting four years for the Highland High baseball team in Pocatello, Christensen signed on to play ball at Cerro Coso Community College in Ridgecrest, California. There he led the program to its only two conference championships. Christensen still holds school records for hits (170), batting average (.475) doubles (40) and RBIs (178). He was inducted into the Alumni Hall of Fame last year.

Christensen then transferred to Colorado State University-Pueblo. As a ThunderWolf, he became the only two-time Rocky Mountain Athletic Conference Player of the Year in league history. The unprecedented feat, along with the team winning 88 games during his two-year tenure, prompted the school’s own website to proclaim him as “arguably the top baseball player in program history.”

The college accolades didn’t go unnoticed at the top. The Pittsburgh Pirates selected him with the first pick of the 24th round of the 2002 Major League Baseball Draft.

“It was really exciting,” Christensen said. “I was following along. But it was old school. I had my AOL dial-up and everything.”

Christensen played two years for the Pirates’ farm system before deciding to step away following the 2003 season to spend more time his family and to finish his schooling. After spending a few seasons as the head baseball coach at Pueblo East High in Colorado, Christensen returned to Idaho.

He moved with his family to Meridian and landed a job teaching special education at Mountain View High. This coming year will be his 11th at the school.

While Christensen didn’t coach baseball or softball until this past season, he was still heavily involved. He joined the United States Specialty Sports Association Fastpitch League shortly after his stint in the minors, a conference he still plays in today.

He is the second/third baseman for Sonnys/Easton, where he’s played against the likes of former MLB player Jose Canseco.

The other half of his appeal is the relationships he’s made with the players.

Christensen was only an assistant for one season before landing the head coaching job, but his impact was profoundly felt.

“Sam has helped me overcome fear and be confident in myself,” senior Macayla Callison said. “I go into Sam’s classroom every day and we just talk about being the best teammate and player I can be.

“His encouragement makes me go out to practice every day and work harder than the girl next to me.”

Christensen inherits a young, storied program. During the Mavericks’ 14-year history, they’ve qualified for the state tournament 10 times, including taking home a state title in 2014. But Mountain View went just 11-10 last season and failed to make state for the first time in four years.

“I’m a competitor and I like to win. I know how successful this program has been and I know the expectations,” Christensen said. “I think I can do some good things with the program and get it where it wants and needs to be.”

While the season is still eight months away, Christensen is already hard at work. Every Wednesday night this summer, he’s been working with the team in batting, fielding, pitching and even lip syncing.

Under his direction, the Mavericks have made a series of music videos ranging from lip syncs of “Don’t Let Me Down” by the Chainsmokers and Daya to monologues from the movie “Rocky.”

“He knows that some of us players put too much pressure on ourselves, so he just wants us to relax, get out of our comfort zone, and have fun,” junior Karly Snooks said. “As we do that, we bond as a team.

“He makes practice fun simply by being himself. He knows that kids these days are big in social media and he uses that in a positive and appropriate way to connect with his players.”

And now that Christensen has the job, he said he doesn’t need any convincing to stay.

“The kids, parents and the entire Mountain View community are all great,” Christensen said. “I feel very supported.

“They’ve put a lot of trust in me, and I want to do right by them.”