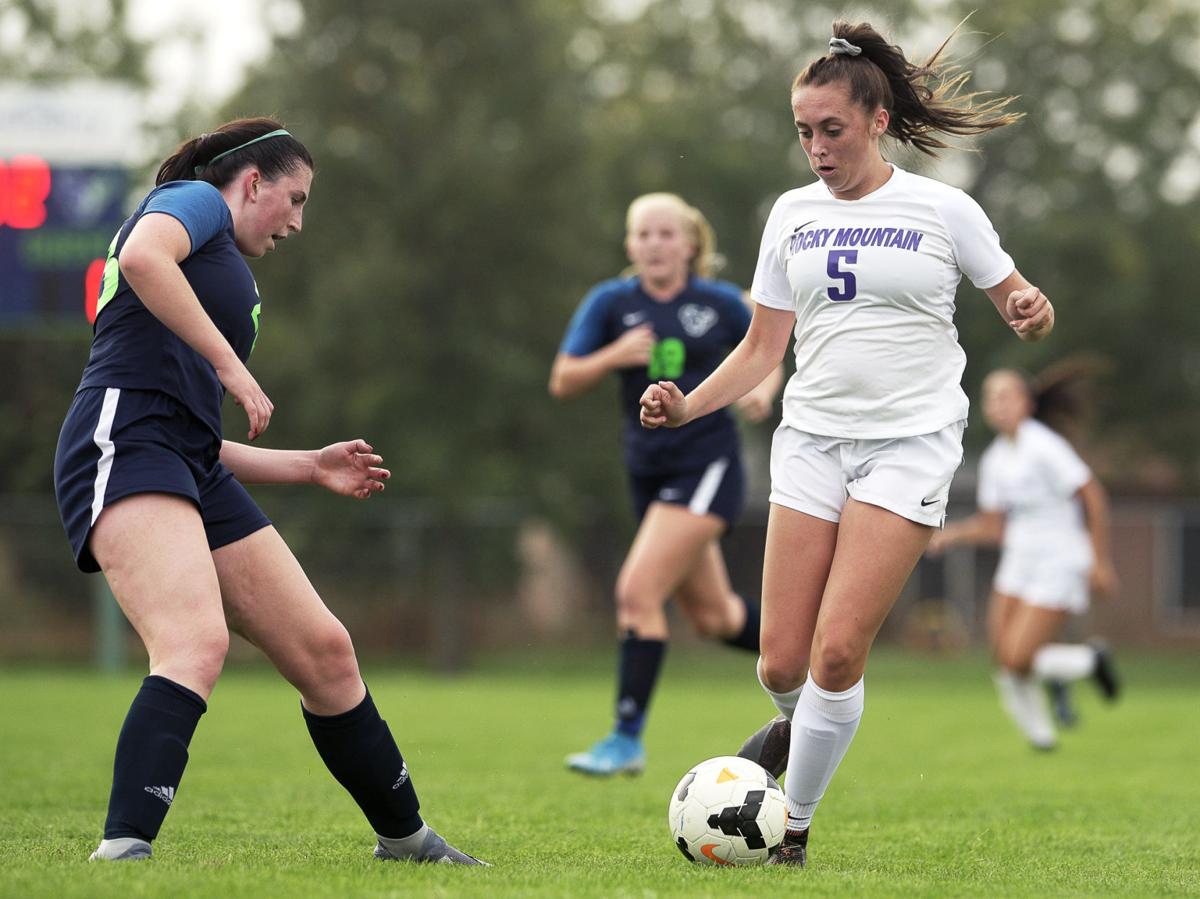 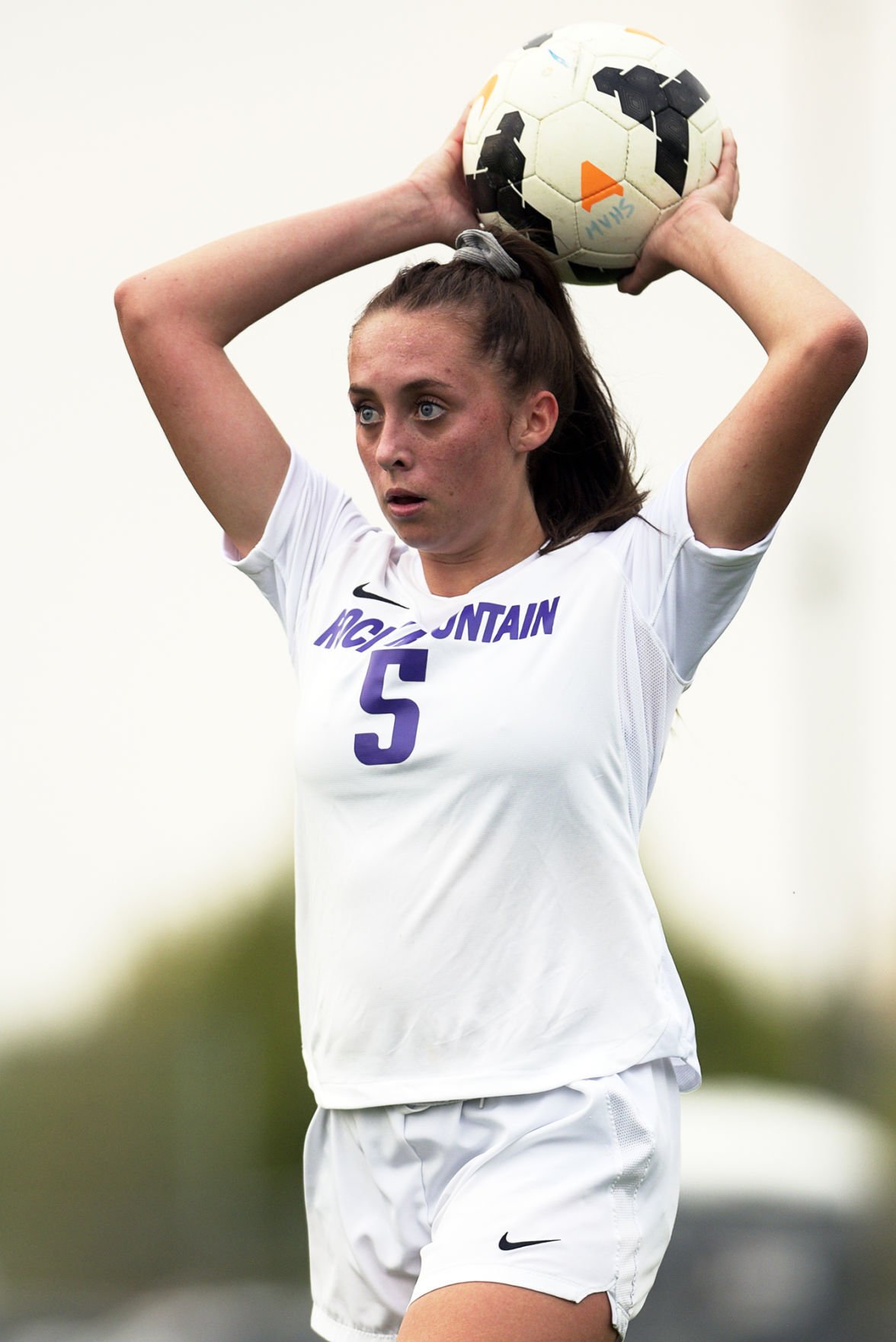 Rocky Mountain forward Kelsey Oyler (5) throws the ball onto the field during the game against Mountain View on Sept. 23, 2020 in Meridian. 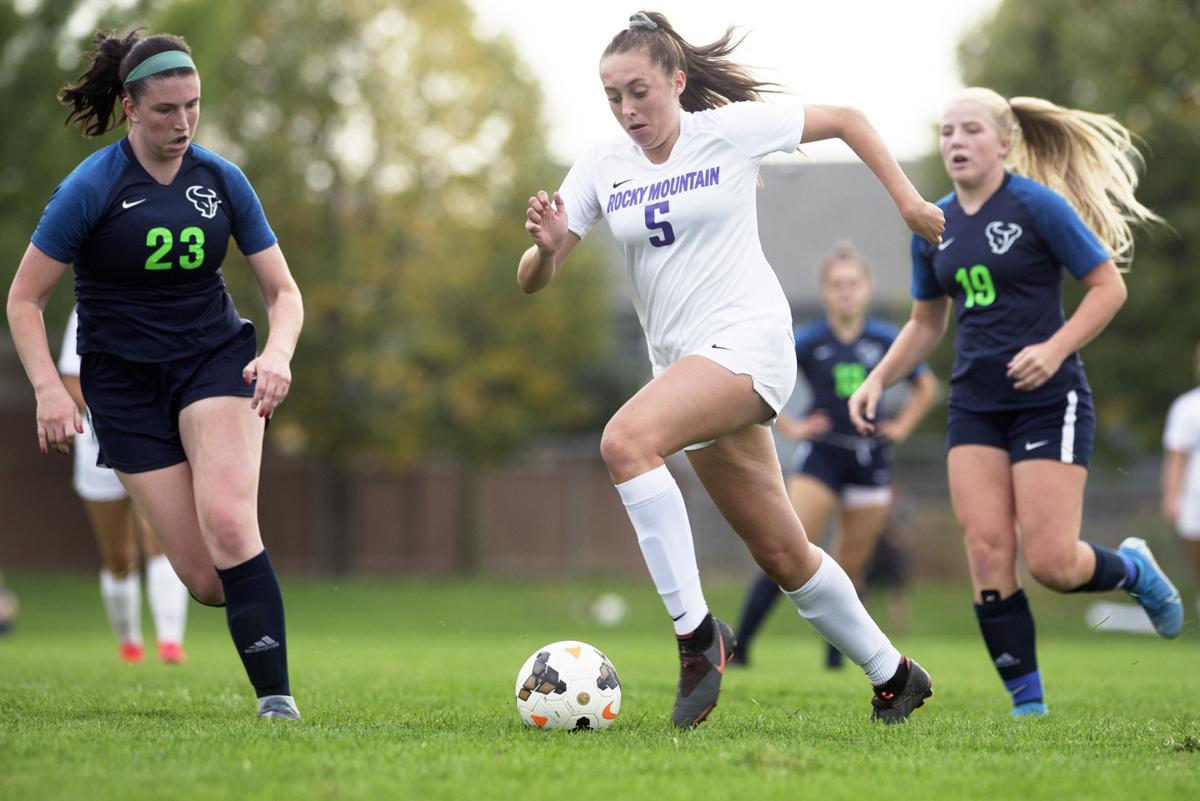 Rocky Mountain forward Kelsey Oyler (5) throws the ball onto the field during the game against Mountain View on Sept. 23, 2020 in Meridian.

Kelsey Oyler admits that during her freshman year at Rocky Mountain High, she almost didn’t try out for the Grizzlies’ girls soccer team.

Because of different age cutoffs in the West Ada School District and her club soccer program, many of her teammates on FC Nova were still in eighth grade and were spending the fall of 2017 playing club soccer.

Fast forward to her senior year and Rocky Mountain coach Donal Kaehler jokes he can’t get Oyler off the field.

Kaehler points to a 6-2 win against Mountain View earlier this season where he had to pull his star center midfielder after she suffered a bad leg cramp. By the end of the game, he said, “she was practically on by back trying to get back into the game.”

“It’s my senior year and I want to take every second possible to be on that field,” Oyler said. “I’m obviously never going to get that again after this season. I think every minute that I’m out, I’m itching to get back in so I can just keep it going and not have it end.”

Despite already achieving more than most high school soccer players will throughout their entire careers, there’s still a lot driving Oyler as she approaches the end.

She’s already won two state titles. She’s been named the Idaho Gatorade Player of the Year. And she’s committed to join the Gonzaga soccer program at the end of the season.

And after scoring one goal and adding five assists in Saturday’s 11-2 win over Kuna in the Grizzlies’ 5A District III Tournament opener, Oyler now has 17 goals and 20 assists on the season. And even though COVID-19 has shortened the season, Oyler has a chance to match both the 18 goals and 27 assists she put up in her junior season. The Grizzlies will play Timberline on Monday in the district tournament semifinals.

With the Grizzlies sitting at 11-0 following Saturday’s win, she also has the Grizzlies eyeing something that has never been done in girls soccer at the 5A classification: A state title three-peat.

“Obviously winning another state is the goal,” Oyler says of her motivation for this season. “I want to win the third because I don’t know if other teams have done that in 5A. Personally, I’m really hoping for the All-Star game at the end of the year, the national one.”

The All-Star game Oyler is referring to is the High School All-American game, which is scheduled for May 29, 2021, in St. Louis. Last month Kaehler was selected as one of the coaches for the game.

And while he doesn’t get to select the players who he will get to coach in that game, the Grizzlies coach knows exactly how special of a player Oyler would be on that team. Kaehler has had several talented player come through the Rocky Mountain program, including Raimee Sherle, who went on to be Boise State’s all-time leader in goals and points.

Oyler, Kaehler says, is built in a similar mold to Sherle.

“These girls usually have something a little bit different than anything else,” Kaehler said. “They come to practice and they’re ready to go. They just want not only to get better, but for the team to get better. I think that’s what separates Raimee and Kelsey from a lot of the players that we coach.”

What impresses Kaehler about Oyler is her assists total. While the senior has no trouble finding the net, she also is able to find an open teammate who can then find the net.

That’s been apparent in the second half of the season, as Oyler has accounted for 14 assists in the Grizzlies’ previous five games.

Oyler’s mindset is always to find goals for the Grizzlies as easy as possible. She says that the chemistry she has with her teammates makes it almost instinctual. She’s been playing with goal scorers like Larissa Wegner and Ainsley Terada for four years, including that freshman year when she joined the Grizzlies instead of spending another fall with her club team