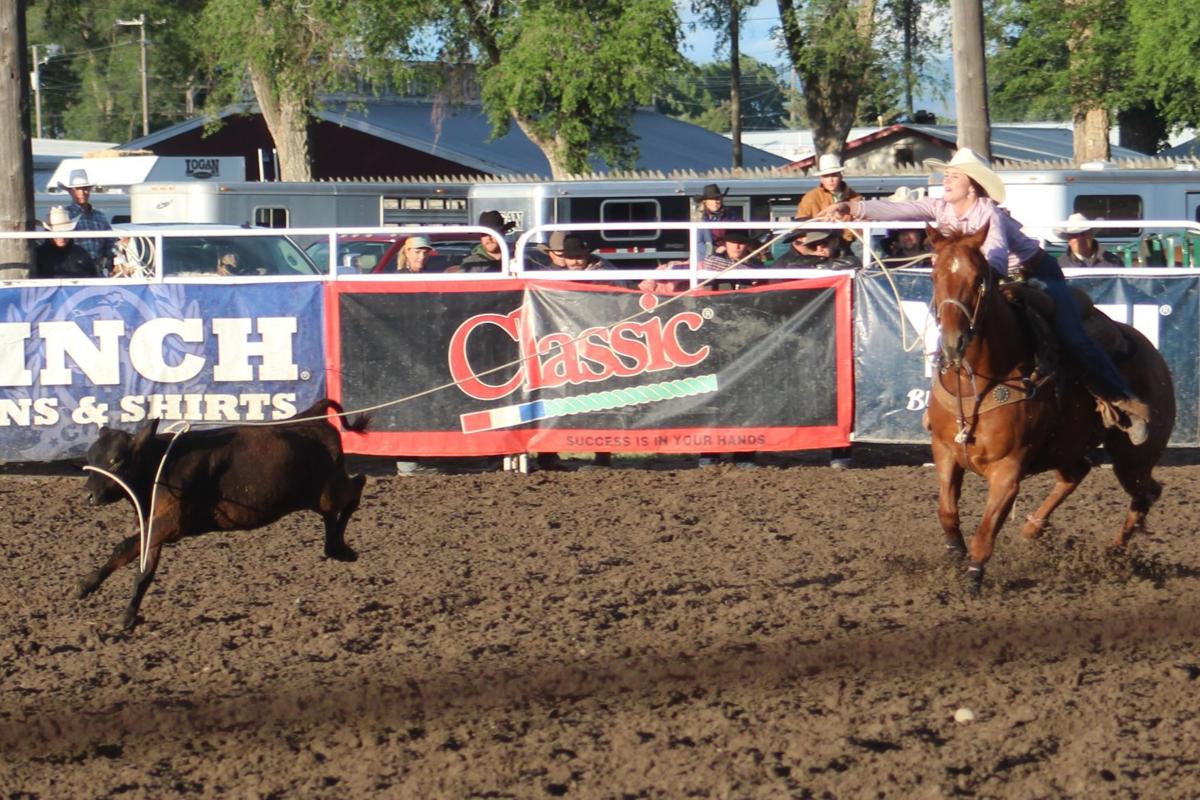 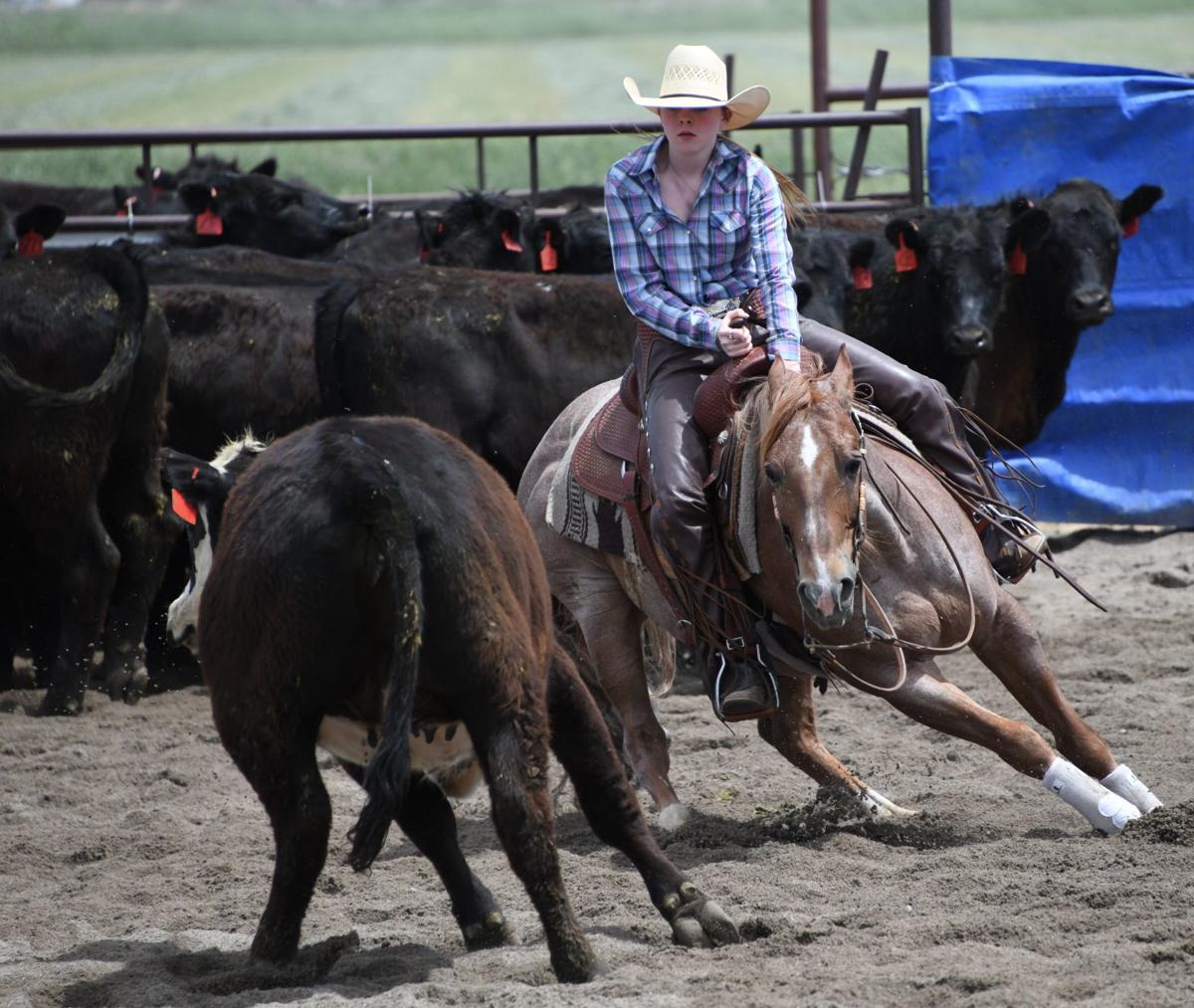 Isabella Manning wasn’t paying attention to the standings when she entered the short-go round of the girls barrel racing competition Friday at the Idaho High School Rodeo Association Finals.

It wasn’t until people started congratulating the Kuna High sophomore that she began to realize where she stood.

Her win in the barrel racing catapulted her to the all-around cowgirl title at the event.

“I don’t like looking at (standings) partially because I think about it too much, and it’s hard to focus on just doing my best,” Manning said. “I had no idea, people where congratulating me and I was like ‘are you sure?’ I thought I had an outside chance of getting into top four of barrels, but I had no idea I could win it.”

Behind wins in barrel racing and the reined cowhorse competitions, Manning scored 108 points to win the all-around title. She beat out another Treasure Valley resident, Star’s Kiersten Brockett, who was reserve all-around cowgirl with 88 points with a title in girls cutting. Both cowgirls will head to National High School Finals Rodeo, which is scheduled for July 17-23 in Guthrie, Oklahoma. The finals originally had been scheduled to take place in Nebraska, but were moved to Oklahoma due to the COVID-19 pandemic.

“Last year was a ton of fun,” said Brockett, who also won the cutting state title last year and finished third at nationals. “I’m really glad they were able to piece it together and find a place to have it.”

Manning took the title in barrel racing at state this year after not even qualifying at districts as a freshman. But getting a chance to learn from professional barrel racer Stevi Hillman over the summer helped her turn things around, Manning said.

Hillman, a four-time National Finals Rodeo qualifier, was staying with a family friend during the Caldwell Night Rodeo in August and Manning’s father, Austin, inquired if Hillman was available for a coaching session. Manning said the 2018 Caldwell Night Rodeo champion helped her get a better understanding of how her horse was reacting to certain things and gave her new drills to work on.

“I thought it was really exciting that she was willing to spend her time with us,” Manning said. “A lot of those people don’t get that opportunity, so I was really grateful. I was just trying to take it all in and learn from it.”

With Hillman’s words in her head, Manning said she started noticing her rides getting better throughout the season. And even when she had a bad run, she said she was able to put it behind her much easier.

“Mentally, I got stronger,” Manning said. “Just taking the bad runs and trying to learn from them and see what I could do different. Whether it was trying out different drills when I was working at home and things like that.”

Brockett, who recently finished her sophomore year through the Richard McKenna Online Charter School, came into the season as the defending state champion in cutting, but still had to overcome adversity of her own. Shortly before the high school season started, the two horses Brockett competed on died. Willy died about a month and a half before the season and Version 8 a week before.

It wasn’t until the day before the season started that she found a horse to ride, one that she borrowed from an owner in Gooding.

“It was a lot of driving, we drove around a ton looking at horses,” Brockett said. “We went to different states, trying out horses. It was difficult, but it was 100 percent worth it. Had I given up, I would not have won reserve all-around cowgirl.”

The Brocketts purchased another horse, BB, right before state and that was the horse Kiersten rode at state.

“The first day there was crazy wind, and my horse was not a fan of that,” Brockett said. “So I was a little bit worried, but he did awesome. He went right in there, did his job and we got a good score. We won the first two rounds and were second in the short go.”

Manning also competed in breakaway roping and cutting at state, while Brockett competed in barrel racing and pole bending.