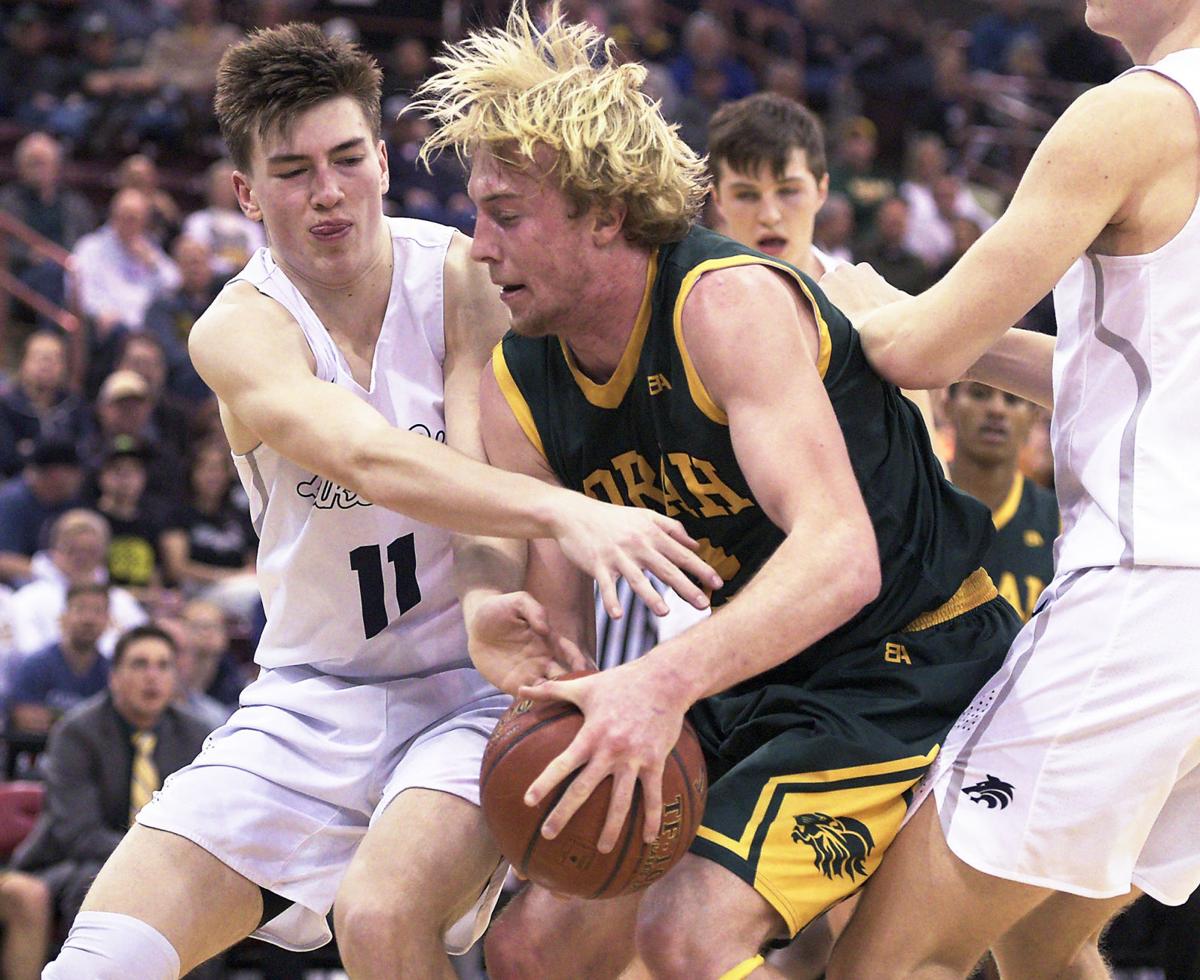 Borah forward Austin Bolt (32) holds onto the ball during the quarterfinal round of the 4A state tournament against Lake City March 5at the Ford Idaho Center.

Borah forward Austin Bolt (32) holds onto the ball during the quarterfinal round of the 4A state tournament against Lake City March 5at the Ford Idaho Center.

It's time for the Idaho High School Activities Association to change its archaic state tournament seeding format and get with the 21st century.

I've been following prep sports in Idaho and Washington since 1984. Only recently has the IHSAA tinkered with the state football pairings, and that's been a good decision.

It's time to expand to the other team sports. And it can be done by using maxpreps rankings. It's time to infuse some drama and excitement in seeding state tournaments instead of using preset matchups.

So if I were King for a Day, these are some of the changes I would implement:

• In football, the state needs to continue to use maxpreps. In 5A, for example, it would be easy to seed since 5A has a 12-team bracket.

You see how this works. The tournament is seeded to allow for a No. 1 vs. No. 2 matchup in the state title game. If an upset occurs, all the more exciting. But teams must go through No. 1 and No. 2 to advance.

Many times over the years the top two teams in the state, at least in the opinion of media and fans, would end up on the same side of a bracket, making for an entertaining semifinal. But that usually meant for a lopsided championship game.

My proposed formula should be used for 4A through 1A Division II.

It also should be used in a smaller eight-man state bracket for volleyball, boys and girls soccer, baseball and softball.

• I propose similar seeding for boys and girls basketball, but I would add a twist. Expand the tournaments to 12 teams and hold the state tournaments over two weeks. This would mean the boys and girls seasons would need to be shrunk to fit allow for a first round before the final three-day state weekend.

Who wouldn't want to see the top 12 in all divisions have a chance to play for a state championship. In this case, No. 12 would travels to No. 11 in a loser-out game the Saturday before with the winner advancing to meet No. 1 the following Thursday. No. 10 visits No. 9 with the winner meeting No. 2. You know the pairings by now.

So this could mean, for instance, that Bonners Ferry, the most north located school in 3A, could travel to Marsh Valley, at the bottom of the state, in a first-round matchup. That's why these games would be played on a Saturday for travel reasons and to make sure there's less class time missed.

A 12-team state format could be expanded to other sports. But it would need to be tested first with basketball.

The 12-team system used in football has been highly successful. The reason schools argued for the expanded tournament was that half to more than half of the seeds in the traditional eight-team tournament were taken up by Southern Idaho Conference teams. In a way, state had become a glorified SIC Invitational. I understand that sentiment since I worked among prep fans in Districts I and II for 33 years.

By expanding the bracket, it allows the opportunity for Districts I and II to earn a second berth as well as Districts V and VI.

• So I'm challenging an IHSAA board member to broach this subject with the board. I'd like to see athletic directors and principals in Districts I, II, V and VI get behind these ideas or versions of them.

I'd be open to talk about them with anybody. But at the very least, let's start a conversation.

I've got some thoughts on state tournaments sites and other things, but I'll save those for other columns.