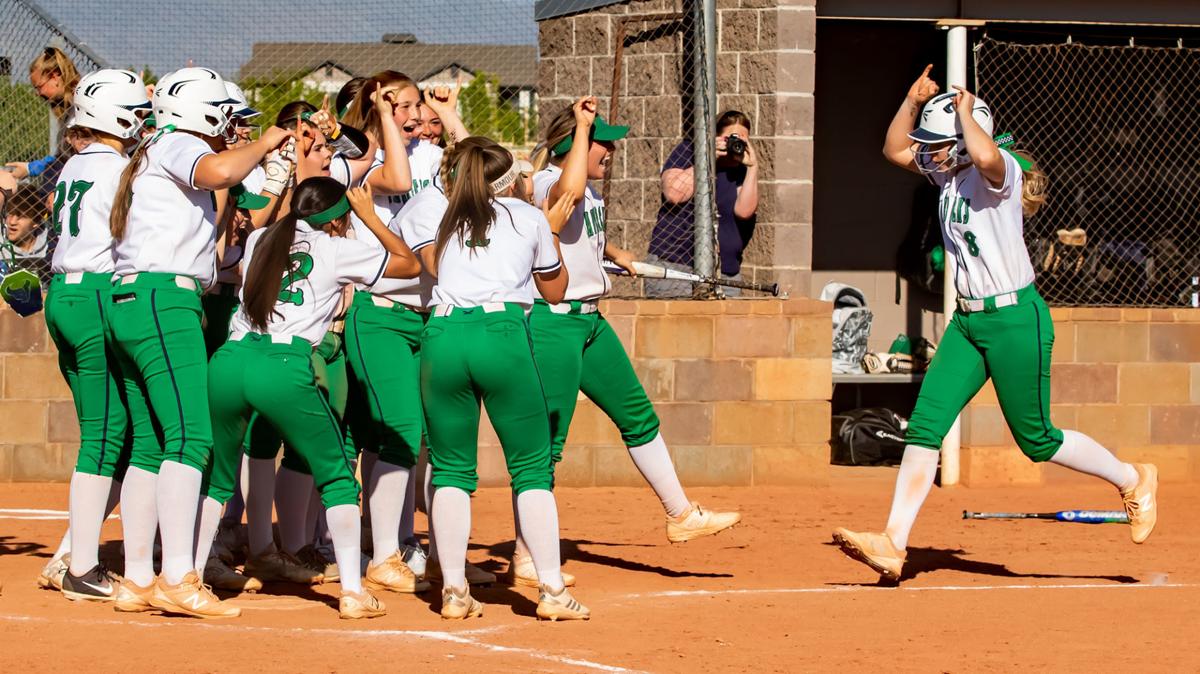 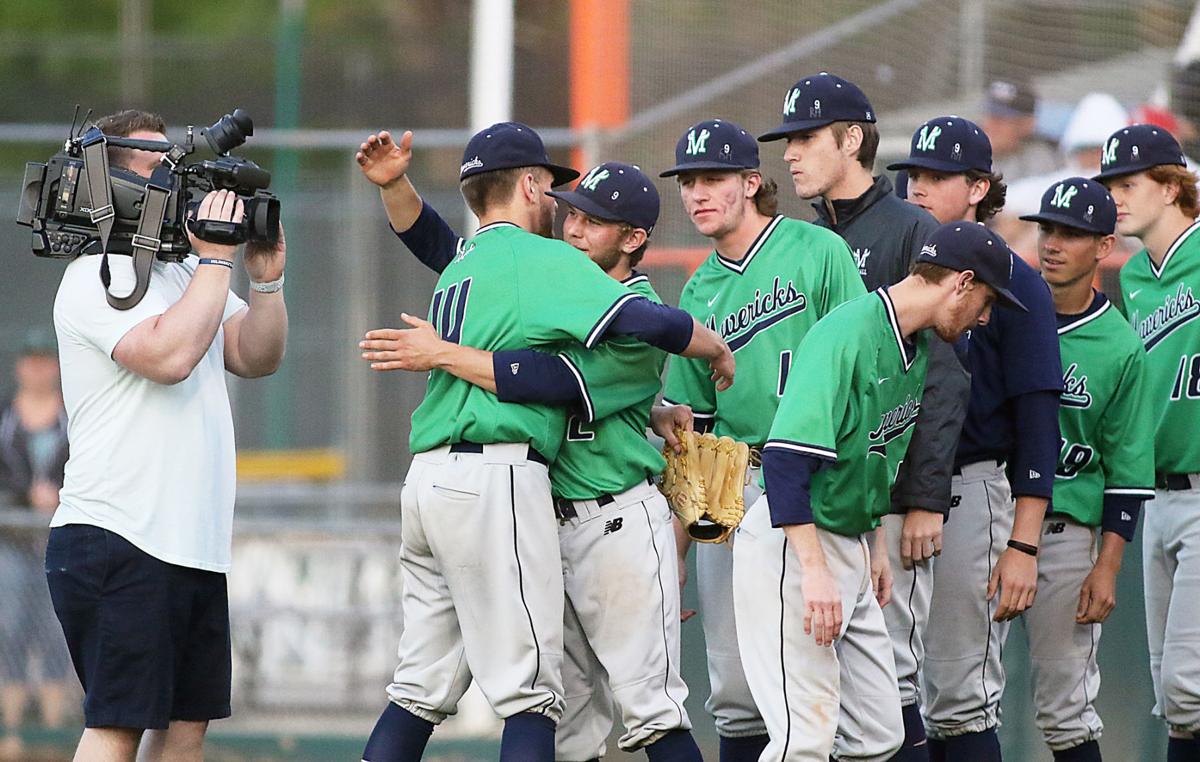 Mountain View pitcher Devon Sharts (14) is congratulated by teammates and coaches as he is retired from the game in the closing moments against Capital during 5A State baseball action at Memorial Stadium in Boise on May 18, 2019.

Mountain View pitcher Devon Sharts (14) is congratulated by teammates and coaches as he is retired from the game in the closing moments against Capital during 5A State baseball action at Memorial Stadium in Boise on May 18, 2019.

The end of the high school sports season in March?

That’s a very real possibility with the coronavirus pandemic, according to Idaho High School Activities Association Executive Director Ty Jones. He told the Idaho Press on Thursday that while there hasn’t been a documented case of COVID-19 yet in the state, serious discussions to alter, postpone or cancel Idaho’s spring seasons that include baseball, softball, tennis, golf and track have already begun.

The IHSAA announced on Twitter late Thursday night that the state tournaments for debate, cheer and dance have been postponed until further notice.

The state debate tournament was set to get underway Friday at Boise High School. Cheer and dance state tournaments were scheduled for March 20 and 21 at the Ford Idaho Center.

"It's going to get worse before it gets better, so this is our top priority right now," Jones said. "So far, Idaho has been fortunate to not have any confirmed cases. But that being said, it’s most likely just a matter of time before we have a confirmed case. So we have to be ready to protect our kids and coaches.”

Several well-known sporting events in the Treasure Valley were canceled Thursday too.

The Buck's Bags baseball and Win the Pitch (WTP) softball tournaments were both canceled. Thirty-six teams, including out of state teams from Oregon and Nevada — which both have confirmed cases of the COVID-19 — were expected to compete at both events. Buck's Bags was scheduled for March 26-28, while WTP was March 27-28. Eleven different sites would have hosted the two events.

"Obviously, it's a tough decision," said Vallivue athletic director Tony Brulotte, whose school was set to run the WTP. "You never want to be put in a position where you have to cancel an event of this magnitude, especially something that you know teams are planning on and put a lot of preparation into. But, ultimately, we felt like in order to protect our student-athletes, our families and staff members, it was in the best interest of all those parties to take the ultra precautionary measure."

Saturday's 17th Annual All-Star Game at North Idaho College in Coeur d'Alene and the Capital Invite — one of the state's biggest tennis tournaments — were also canceled.

Boise, Caldwell, Kuna, Nampa, Vallivue and Caldwell School districts all issued out of state travel bans for their athletic programs. The Mountain View and Meridian baseball teams were slated to play in a tournament in Phoenix during spring break. So Mountain View is now trying to recoup $16,000 in travel costs.

Nearby Oregon schools Ontario and Nyssa have postponed their spring sports until further notice. Ontario is right on the Idaho border and borders Fruitland. Nyssa is less than 40 miles from Boise.

But everything else was business as usual Thursday.

All 15 of Thursday's baseball and softball games went on as regularly scheduled, according to District III softball commissioner Ted Pettet.

According to the Centers of Disease Control and Prevention, Idaho is now one of just three states that doesn't have a confirmed case of COVID-19. CDC has reported more than 127,000 confirmed cases and 4,700 deaths worldwide. However, Idaho is the only state in the Northwest not to have a confirmed case. Neighboring state Wyoming just canceled its boys basketball state tournaments.

The decision to potentially postpone or cancel the spring season ultimately lies with the individual school districts and not with the IHSAA. The IHSAA only controls the state tournaments, not regular season games.

However, if the IHSAA, which has been in constant contact with the Center of Disease Control and the Idaho Department of Health and Welfare for three weeks, recommends more serious measures need to be taken, the districts will abide, said West Ada activities director Jason Warr.

But the districts and the IHSAA would explore options like playing games without spectators and postponement before cancelation.

"I can be the optimist and say, 'We're going to get through this, but this is something that's bigger than any of us and probably bigger than my pay grade," Warr said. "But I'm a realist and I realize, something bad is happening and we'll just have to face it."

The IHSAA has been monitoring the situation for the last three weeks. There were even talks of canceling the basketball and wrestling tournaments that just wrapped up. Those events did go on as scheduled with precautions in place like multiple hand sanitizing stations and signs on how to stop the spread of diseases.

But all of that happened before the unprecedented events of the last two days.