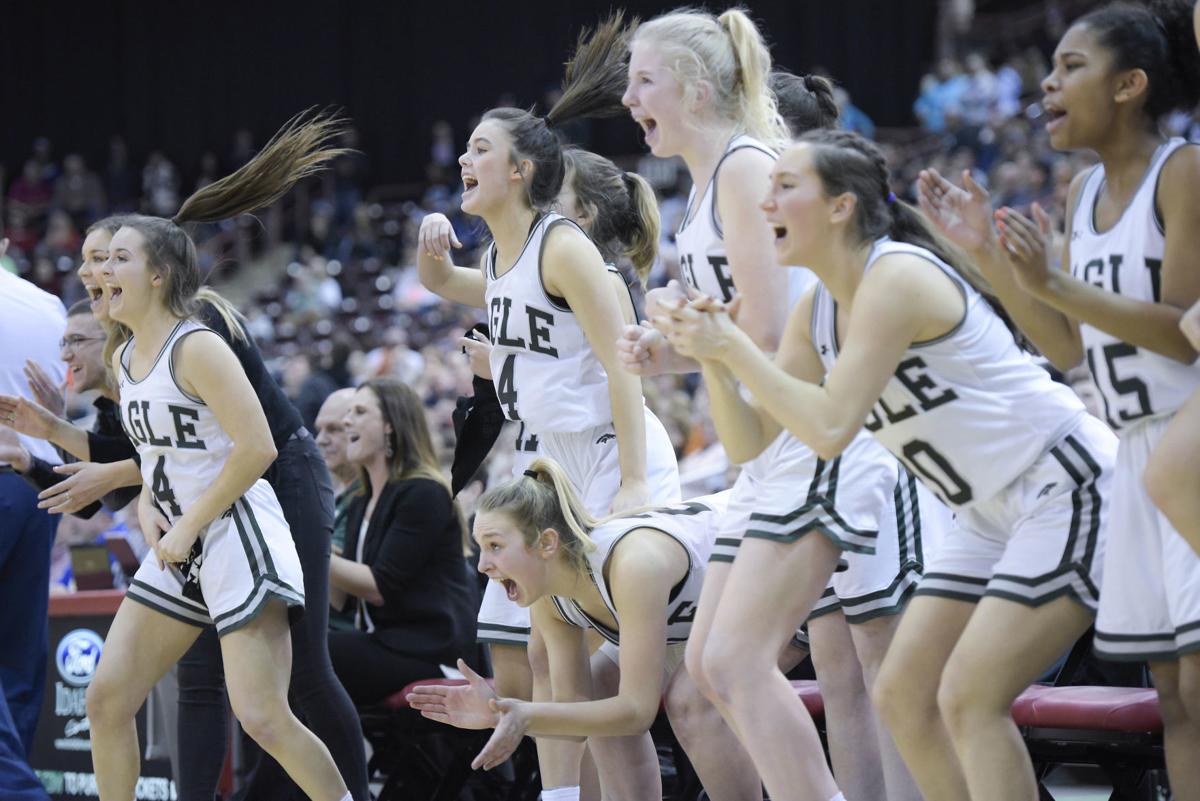 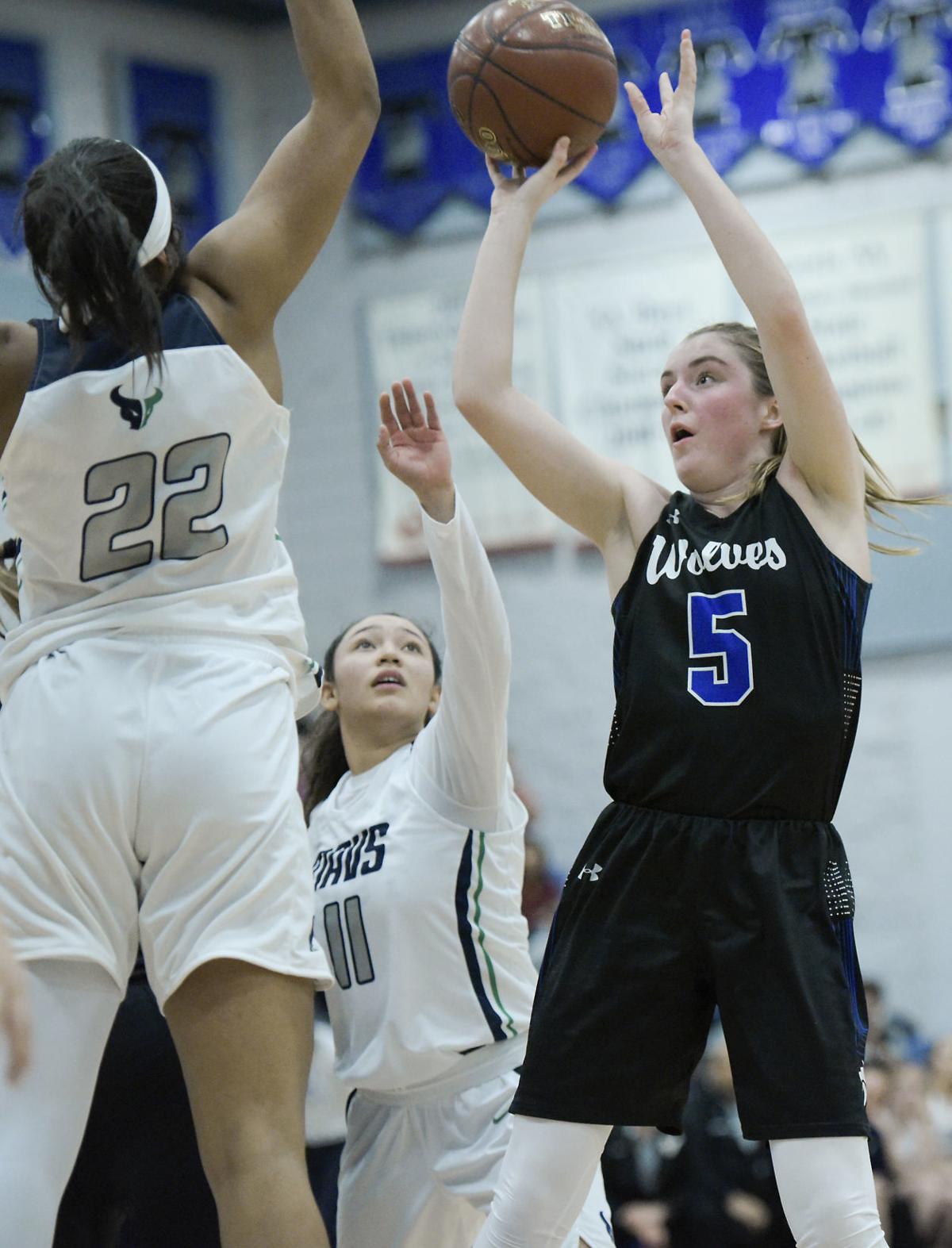 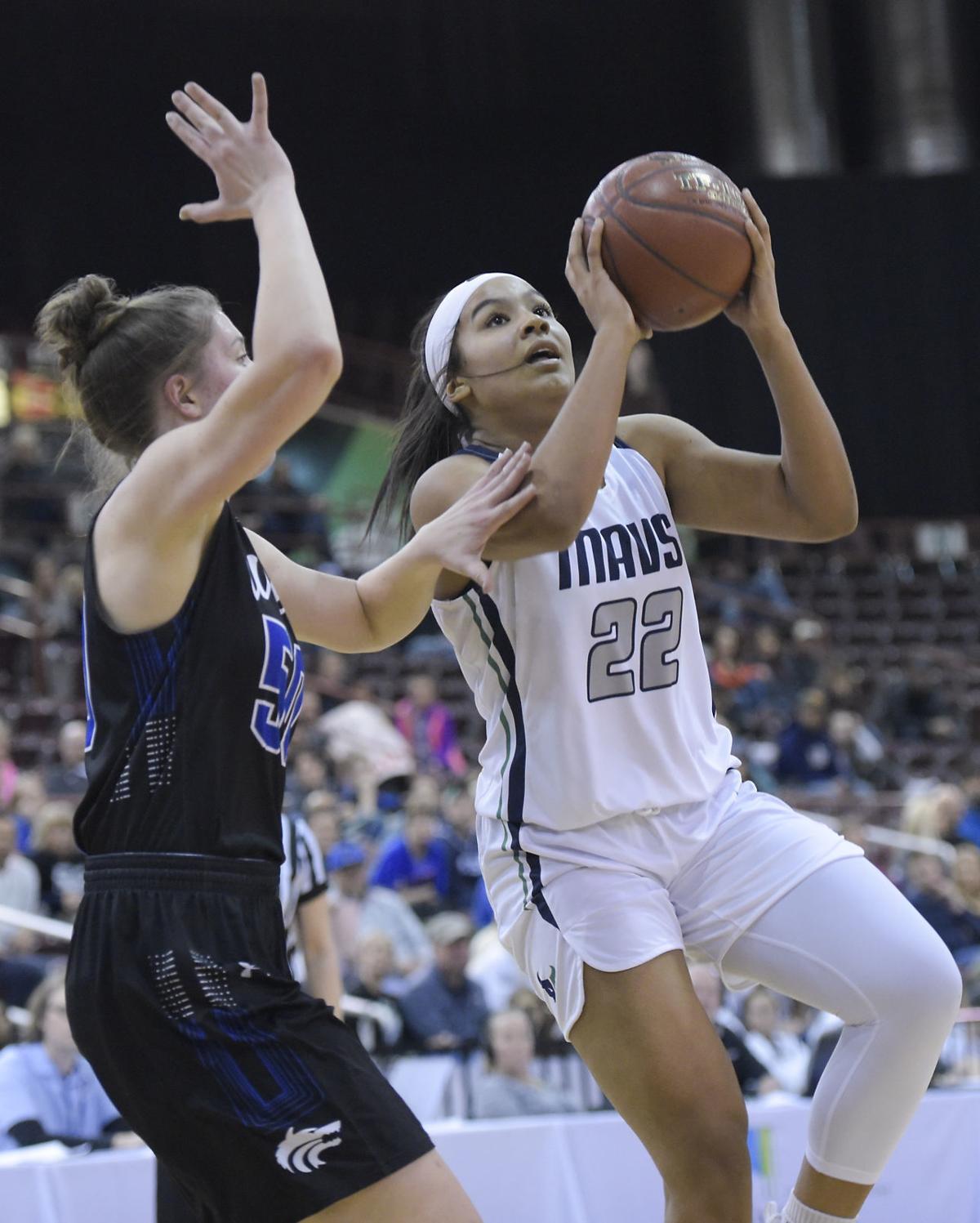 Mountain View forward Naya Ojukwu (22) goes up for a shot near the basket Friday during last year’s 5A state semifinal game against Timberline at the Ford Idaho Center. 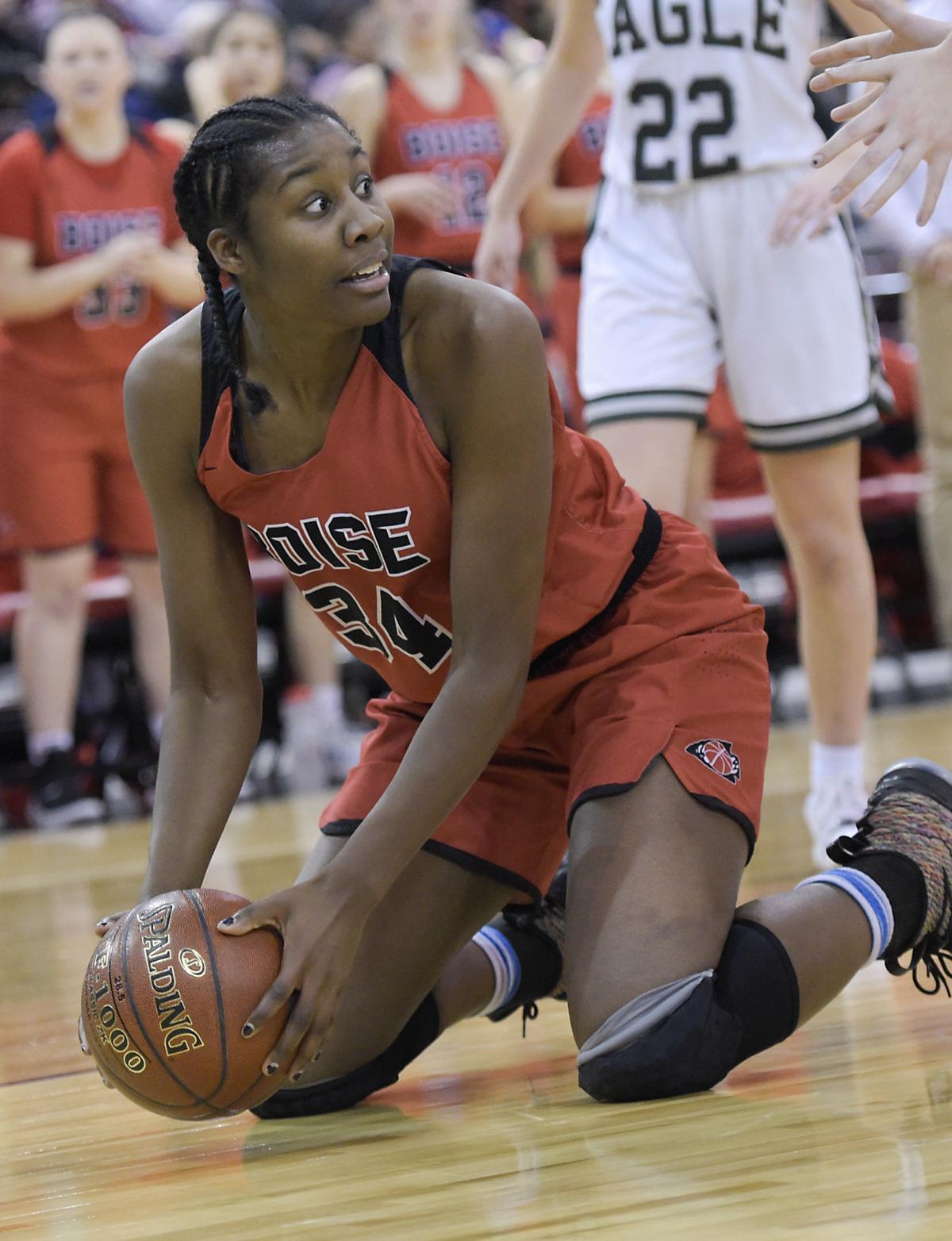 Boise post Peyton McFarland (34) looks for a teammate to pass the ball to after being knocked down during the second half of 5A state semifinal game last season.

Mountain View forward Naya Ojukwu (22) goes up for a shot near the basket Friday during last year’s 5A state semifinal game against Timberline at the Ford Idaho Center.

Boise post Peyton McFarland (34) looks for a teammate to pass the ball to after being knocked down during the second half of 5A state semifinal game last season.

The transition from the fields to the hardwoods has already begun.

And the Idaho Press is getting you set for it by breaking down each of the Treasure Valley’s conferences beginning with the girls. Up first is the 5A Southern Idaho Conference.

The 5A SIC is arguably the best league in the state when it comes to girls basketball. It has won four of the last five state titles after all.

And Idaho’s premier basketball league is once again loaded with at least half of the teams having legitimate shots at the coveted blue trophy.

So without any further ado, here is the breakdown.

Notes: The Brave bring back almost their entire starting lineup from a team that advanced to the state semifinals. Of those are two college-bound players in McFarland and Williams. McFarland, who is signed to the University of Utah, is a four-star recruit, the 10th-best post and the 80th-best overall prospect in the country, according to ESPN. Williams, meanwhile, is signed on to Division II Point Loma University in San Diego. Ross, an All-SIC second-team pick a year ago, completes Boise’s big three. The Brave have a pair of consolation titles, three third-place trophies and a runner-up finish since 2005. They have also only missed the playoffs once since 2014.

Notes: Even with a future Division I player on the roster last season, the Lions struggled. And now Nyalam Thabach, an All-SIC first-team selection last season, is gone to UC Santa Barbara. So not only does Borah now have no All-SIC retuners, it has just two seniors and three upperclassmen total on the roster. The majority of the team is made up of sophomores, meaning the Lions are likely in for another rebuilding year.

Notes: Marthe isn’t sugar-coating it. His team is young and inexperienced with just four returners from a team that was already pretty green last season. So the Eagles will likely have another “character-building season.” But experience against some of the best teams in the state could go a long way toward the future.

Notes: The 2017 state title seems like a distant memory now. The Patriots saw their win total drop from 15 in 2018 to just six last season, which caused them to miss back-to-back state tournaments for the first time since 2014. But they do have a lot of the same players back, so experience could move them a step forward. If not, Centennial could be in jeopardy of missing the playoffs for the third straight year, which has never happened.

Notes: Following years of coming oh so close, the Mustangs finally broke through for the first state championship in program history last season. It came after losing in the state title game in back-to-back years. But Eagle lost many of the cornerstones of that team, including Meghan Boyd, who is now playing at the University of Denver. King is the only returning starter. However, it’s still hard to bet against Pickett, who is 120-36 and has guided the program to five straight tournament appearances, including the last three state title games.

Notes: The Warriors had their best season in years in the 2018-19 campaign by qualifying for state for the first time since 2013. Better yet, their new coach has state championship experience and most of the core from last season is back too. Sells won a state title with Vallivue in 2006 and led Cole Valley Christian to state in each of the last two seasons, including taking third last year. Meridian only lost two seniors, so there won’t be a shortage of talent with people like Lawrence, who was an All-SIC honorable mention pick a year go. The Warriors proved that with a 59-53 upset of perennial power Mountain View on Tuesday. It was the first time they beat the Mavericks in eight years.

Notes: The Mavericks came one win away from perfection last season. After rolling through everyone by an average of 24.9 points, they suffered a 51-47 loss to Eagle in the state title game. It resulted in them failing to become the first 5A team in a decade and the first from the Treasure Valley since 1983 to have an undefeated season. But the good news, nearly the entire team is back, including three All-SIC players in Ojukwu (1st), Slocum (2nd) and Saenz (HM). Mountain View hasn’t missed state in seven years and has taken home a state trophy of some kind in every season since 2014.

Notes: The Grizzlies haven’t been to the postseason since 2015. Two different coaches in as many years can have that effect. Humphreys will look to bring some stability to the program. He was previously an assistant coach with the College of Idaho men’s team for four seasons (2013-17). The Yotes went 99-35, won two Cascade Conference Collegiate titles and made the NAIA Tournament three times during that span. So Humphreys knows a thing or two about winning.

Notes: Skyview made back-to-back state championship game appearances, including winning a title not that long ago. But that was in 4A; 5A on the other hand, has been a whole different story thus far. Its first year in the 5A SIC was rough — to put it lightly. The Hawks didn’t win a single conference game, losing by an average of 22.4 points. But according to Pasta, a few wins in the league would go a long way.

Notes: Jones, who created a dynasty at Middleton, rejuvenated the Wolves in his very first season at the helm. They not only snapped a 13-year playoff drought, but took home a state trophy in the process. And Timberline might be even better this year. It brings back the SIC’s leading scorer from last season in Ranson (18.3 ppg), who was an All-SIC first-team selection and is signed to play for Montana State. The Wolves also get back Ellinghouse, who before having to miss last season with a torn ACL, was All-SIC as a sophomore. She is also a Division I-bound player at Santa Clara.