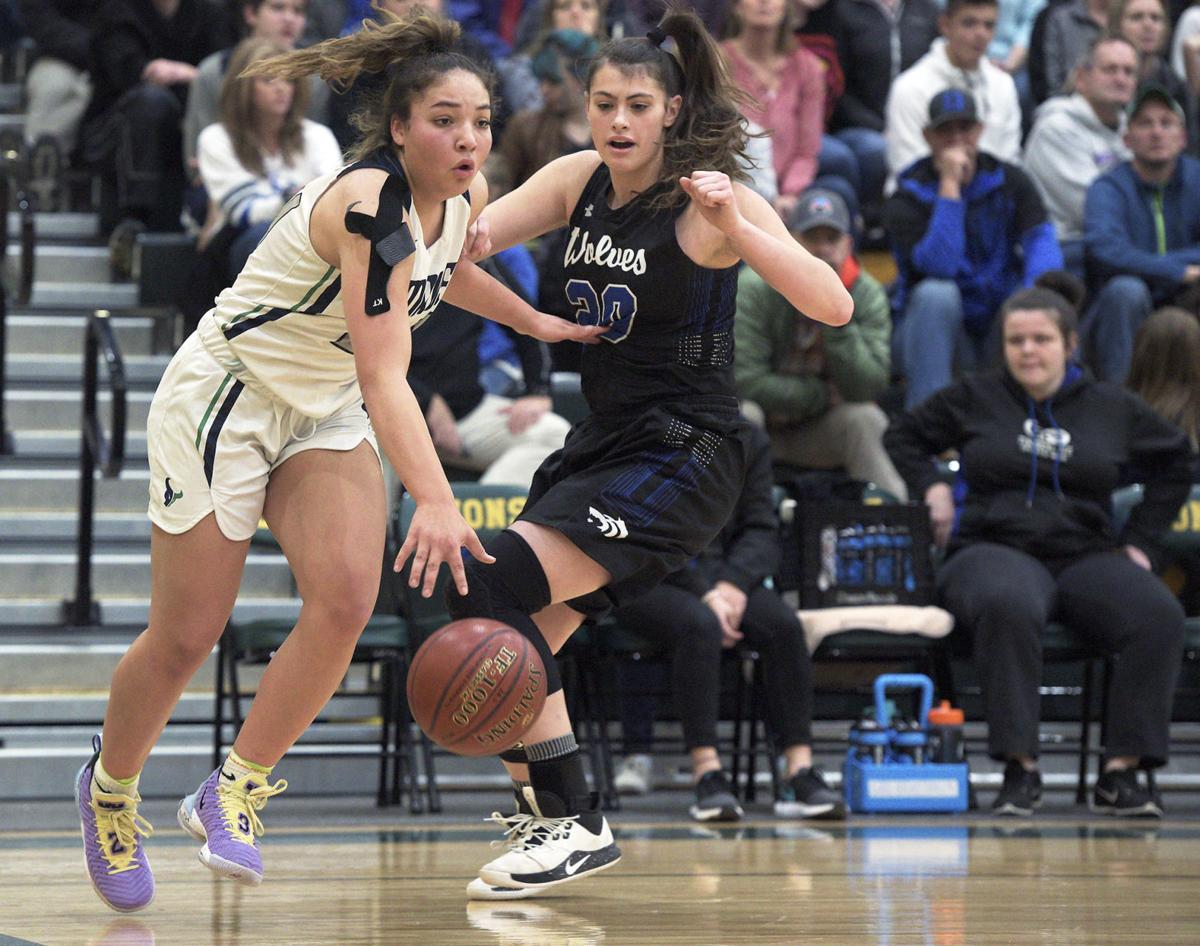 Mountain View guard Trinity Slocum (24) dribbles the ball toward the basket during the 5A District III Tournament Championship game on Feb. 24. 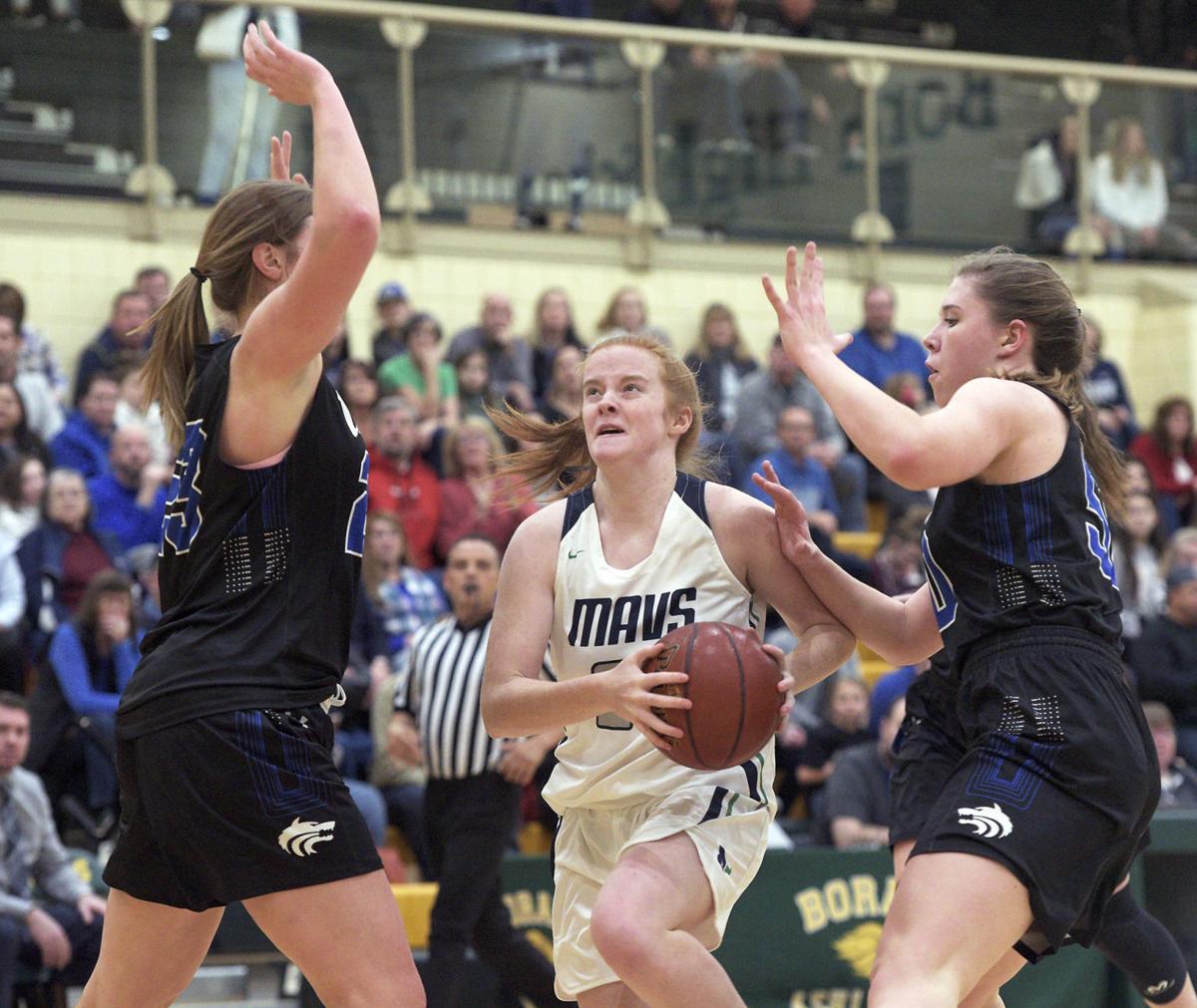 Mountain View forward Emily Morandi (20) goes in for a layup during the 5A District III Tournament Championship game Friday. 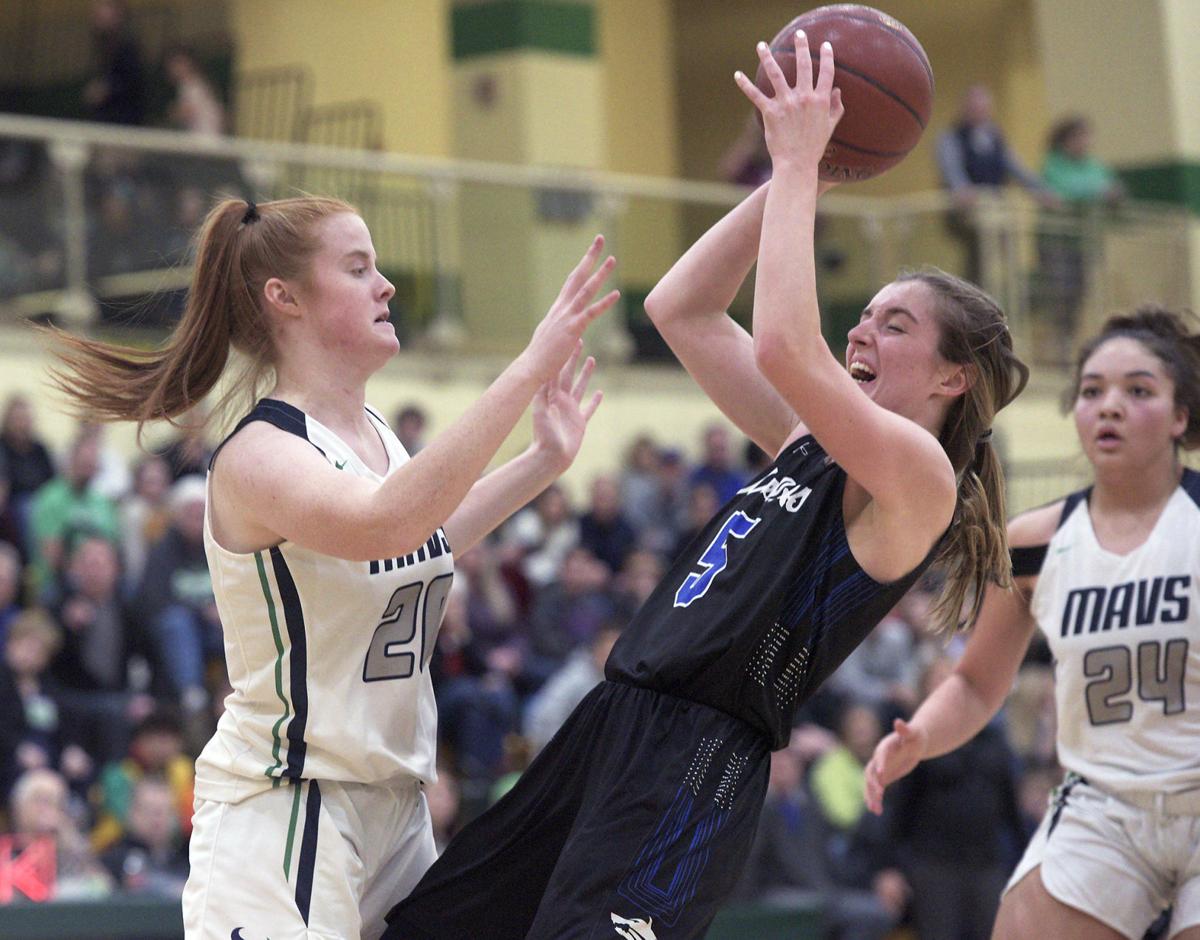 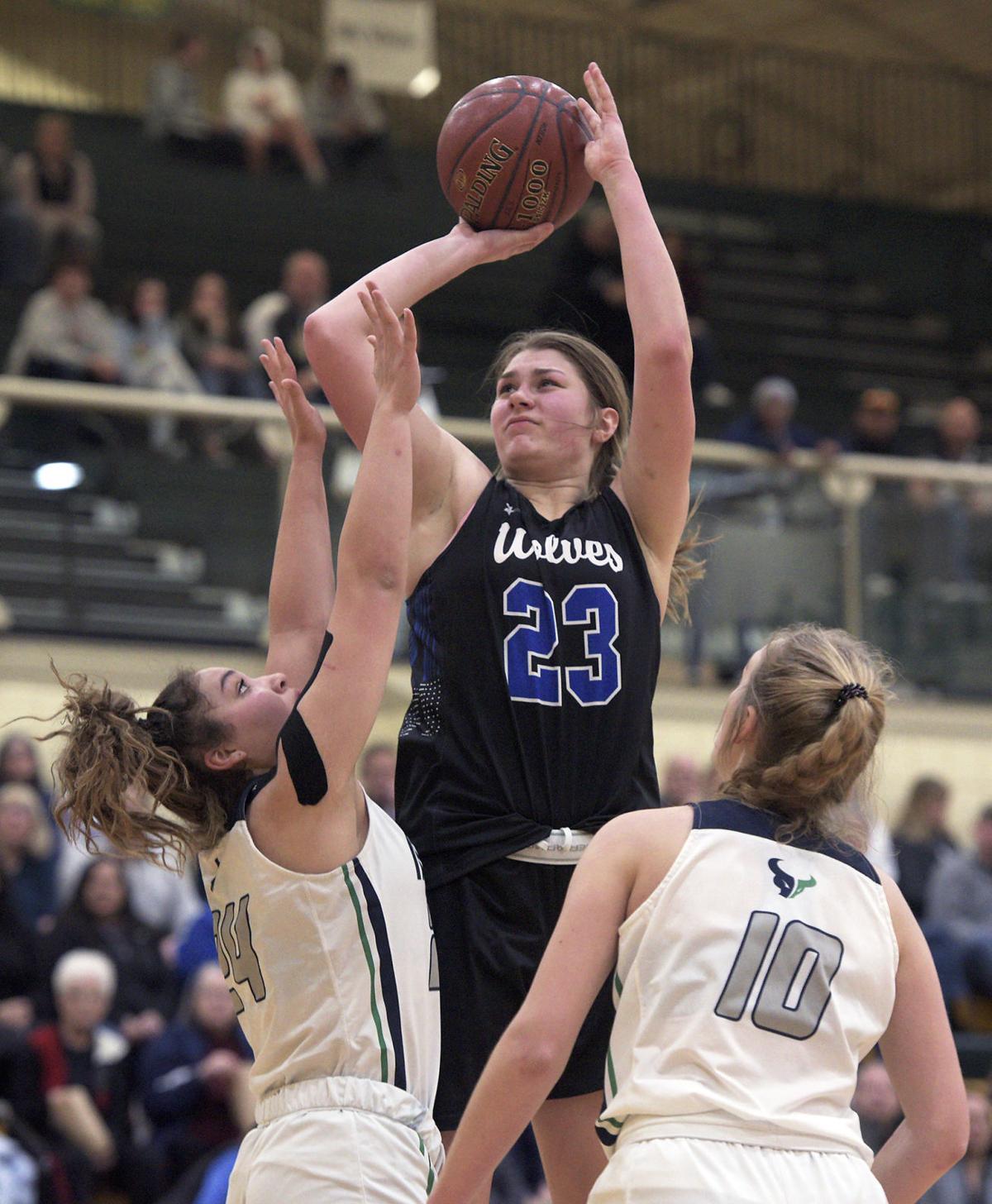 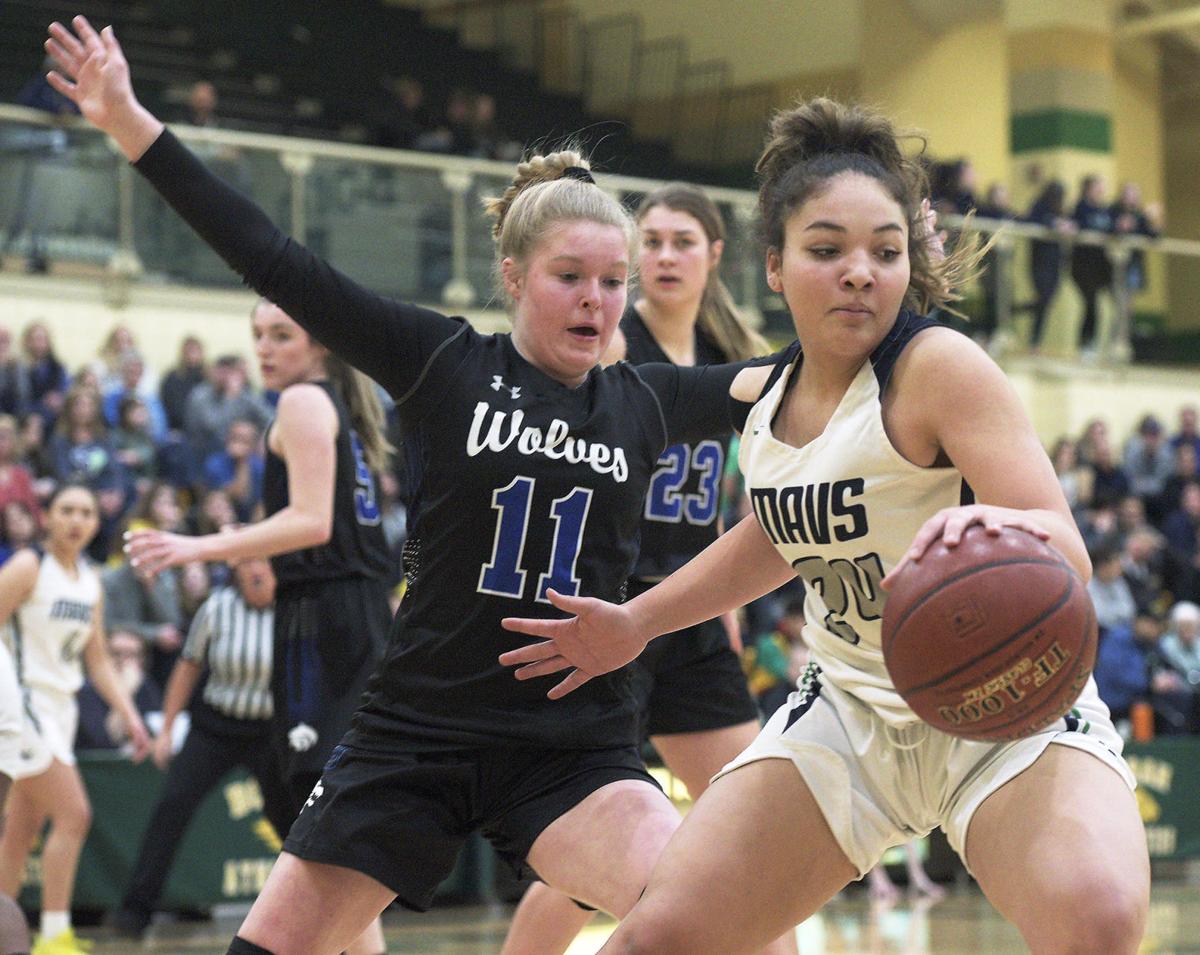 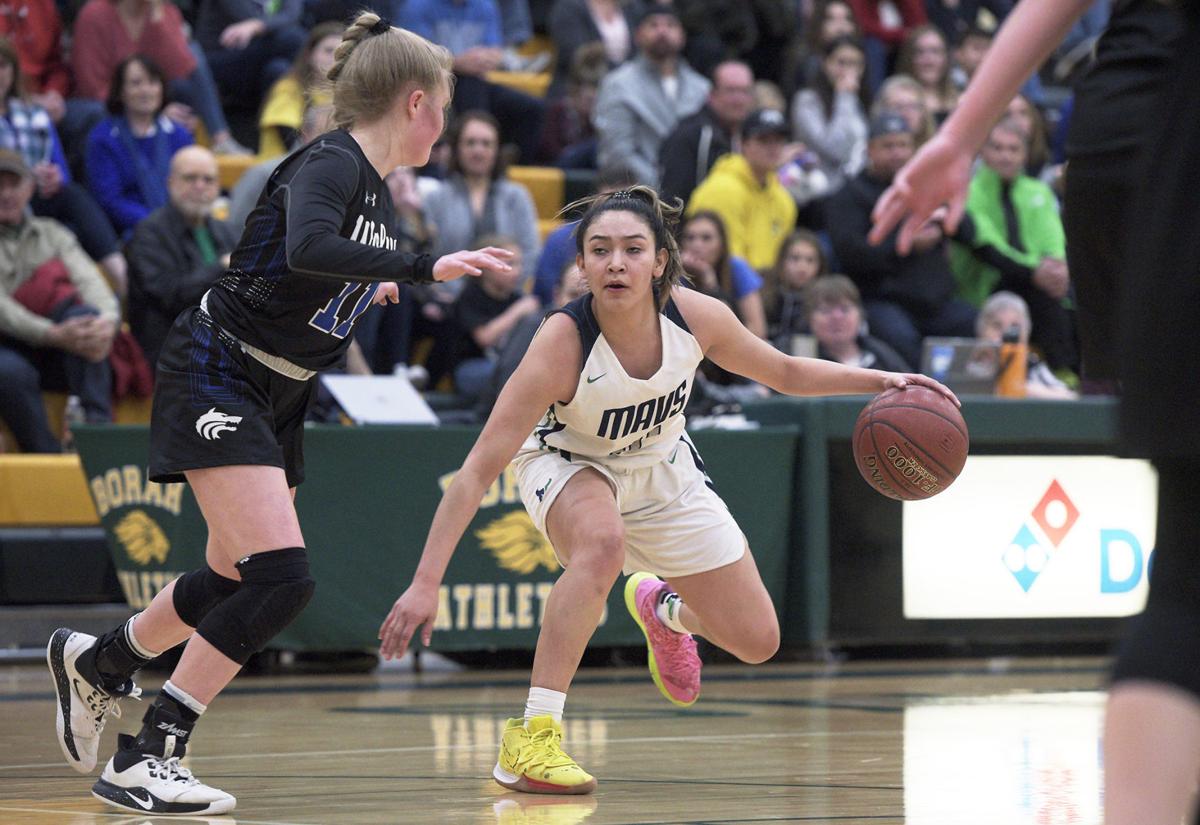 Mountain View guard Laila Saenz (11) looks to get past Timberline's Audrey Taylor during the 5A District III girls championship match on Friday, Feb. 14, 2020 at Borah High School in Boise. 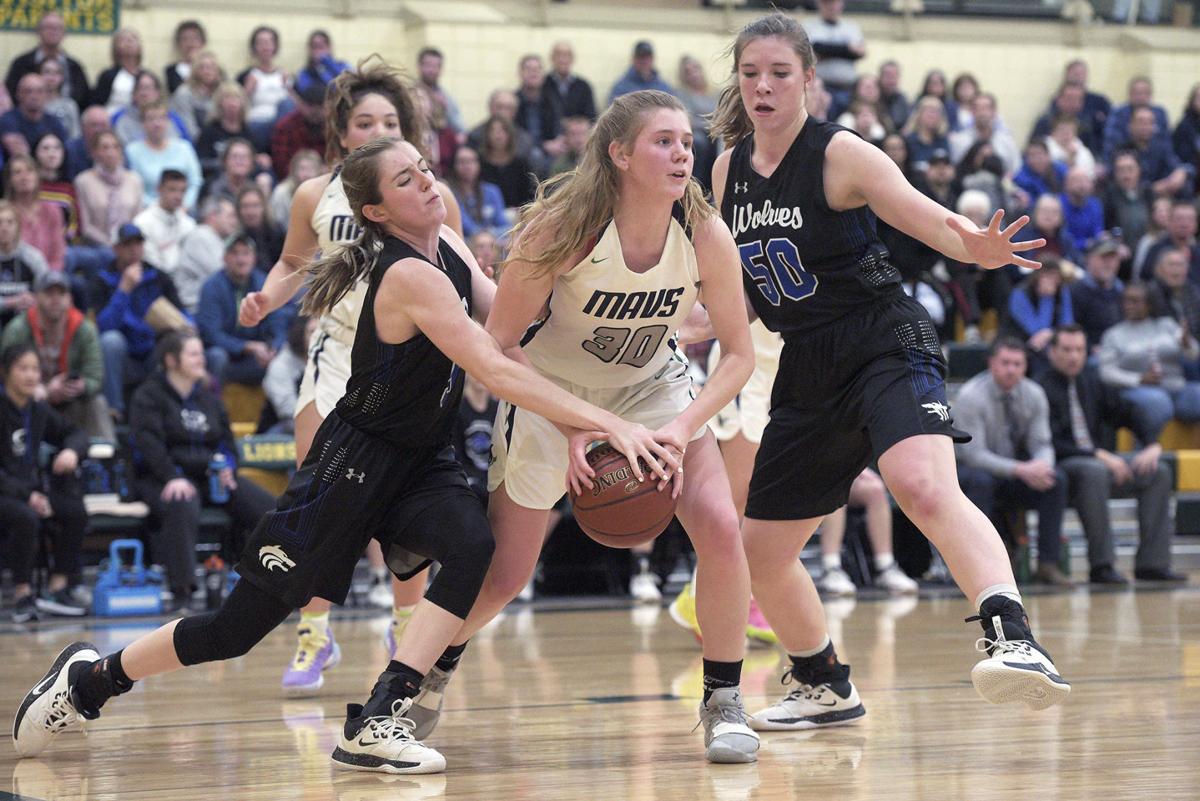 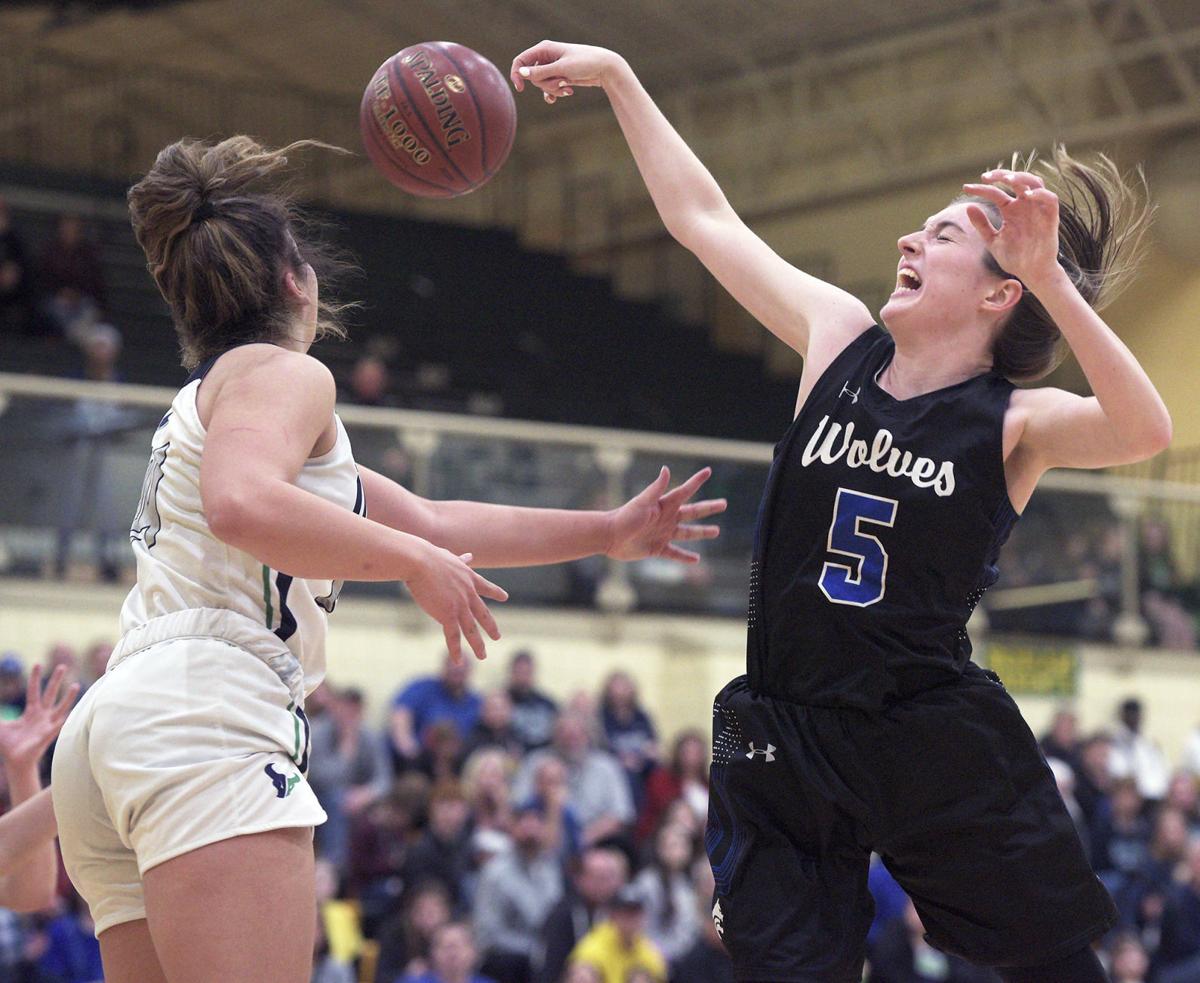 Timberline guard Ava Ranson (5) loses control of the ball during the 5A District III girls championship match against Mountain View on Friday, Feb. 14, 2020 at Borah High School in Boise.

Mountain View guard Trinity Slocum (24) dribbles the ball toward the basket during the 5A District III Tournament Championship game on Feb. 24.

Mountain View forward Emily Morandi (20) goes in for a layup during the 5A District III Tournament Championship game Friday.

Mountain View guard Laila Saenz (11) looks to get past Timberline's Audrey Taylor during the 5A District III girls championship match on Friday, Feb. 14, 2020 at Borah High School in Boise.

Timberline guard Ava Ranson (5) loses control of the ball during the 5A District III girls championship match against Mountain View on Friday, Feb. 14, 2020 at Borah High School in Boise.

BOISE — The celebration for the Mountain View girls basketball team was almost nonexistent.

Junior guard Trinity Slocum skipped down the court for a few seconds, and that was about it.

It was hard to tell that the top-ranked team in the state claimed the 5A District III title for the second year in a row and for the fourth time in six years with a 61-56 win over No. 2 Timberline Friday night at Borah High School.

Mountain View (21-2) will play Boise (15-8) at 3 p.m. Thursday at the Ford Idaho Center in the first round of the state tournament.

"No, no, I'm excited. I'm so happy, back-to-back of course," said senior guard Laila Saenz, who scored 16 points, including four 3s — all in the first half. "It's just being in the same position as we were last year. It's just we still have that in the back of our minds."

Saenz was referring to the perfect season that never was last year.

Mountain View cruised to the 5A state championship game with a 25-0 record. Twenty-two of its wins had come by double digits with a point differential of 24.8 points. And the only team standing in the Mavericks’ way of perfection was one they had already beaten three times before by an average of 10.7 points — Eagle. Yet, the Mustangs upset them 51-47 in the final.

"It's a new season, right?," Mountain View coach Connie Skogrand said. "It's a new state. We have Boise to start out with, a tough opponent, and we just have to concentrate on them and get after it. You can't think further than the next game. And if you do, you're in trouble."

It’s a new season that saw Mountain View stumble in the beginning. The Mavericks lost to Meridian for the first time in eight years in a 59-53 defeat in the third game of the season before falling to Boise 54-51 at home — a place they hadn’t lost in more than a year — a few weeks later.

But Mountain View avenged both of losses on the way to a 15-game winning streak heading in Friday’s championship against arguably its biggest threat to the crown this year — Timberline. The two teams have been ranked No. 1 and No. 2 for most of the year. And for the 17th consecutive time and for the third time this season, the Mavericks got the better of the Wolves. Timberline hasn’t beaten Mountain View since a 25-23 win on Jan. 3, 2012.

That streak was in serious jeopardy late, though

The Wolves (21-3) erased an 11-point deficit in the second half and took the lead on a 3-point play by senior post Emma Ellinghouse with five minutes and one second remaining in the game. The Santa Clara University signee made a layin and sank an ensuing free throw, giving Timberline a 50-48 lead. It was the Wolves’ first lead since the 2-minute mark of the first quarter. A little more than a minute later, freshman guard Lauren McCall extended the lead to 52-48 by picking the pocket of D’nia Williams for an easy layup, capping a 9-0 run.

But then Slocum took the game over.

Slocum went right over the top of 6-foot-2 Sophia Glancey for a layin, giving Mountain View the lead at 57-56 with 1:20 left. It prompted Slocum to look directly down at Glancey for a couple of seconds.

"You gotta show them what's up. That's all I gotta say," Slocum said while laughing.

She then iced the game at the free-throw line. Slocum made four straight free throws, including what was for all intents and purposes, the game winners with 6.2 seconds remaining.

“It’s just in my blood, honestly,” Slocum said. “When it comes down to it, you just don’t back down. I’m not scared of anything.”

Yet, the most impressive performance of the night might have belonged to Abby Mundy. The little-known senior whose career-high was only eight points, came off the bench for 17 points and five rebounds.

Mundy, who needed two full years to get back to 100 percent after tearing her ACL the summer after her freshman season, filled the void left by Naya Ojukwu. The All-SIC sophomore post sprained her ankle on a euro step in the fourth quarter of the Mavericks’ 66-52 win over Centennial in the first round of the district tournament last Thursday.

"It's been hard, like mentally, trying to get back, so this game really helped," Mundy said.

Ellinghouse recorded a double-double of 18 points and 11 rebounds, while Glancey had 17 points for the Wolves, who will play the winner of Lake City/Post Falls at 8 p.m. Thursday.