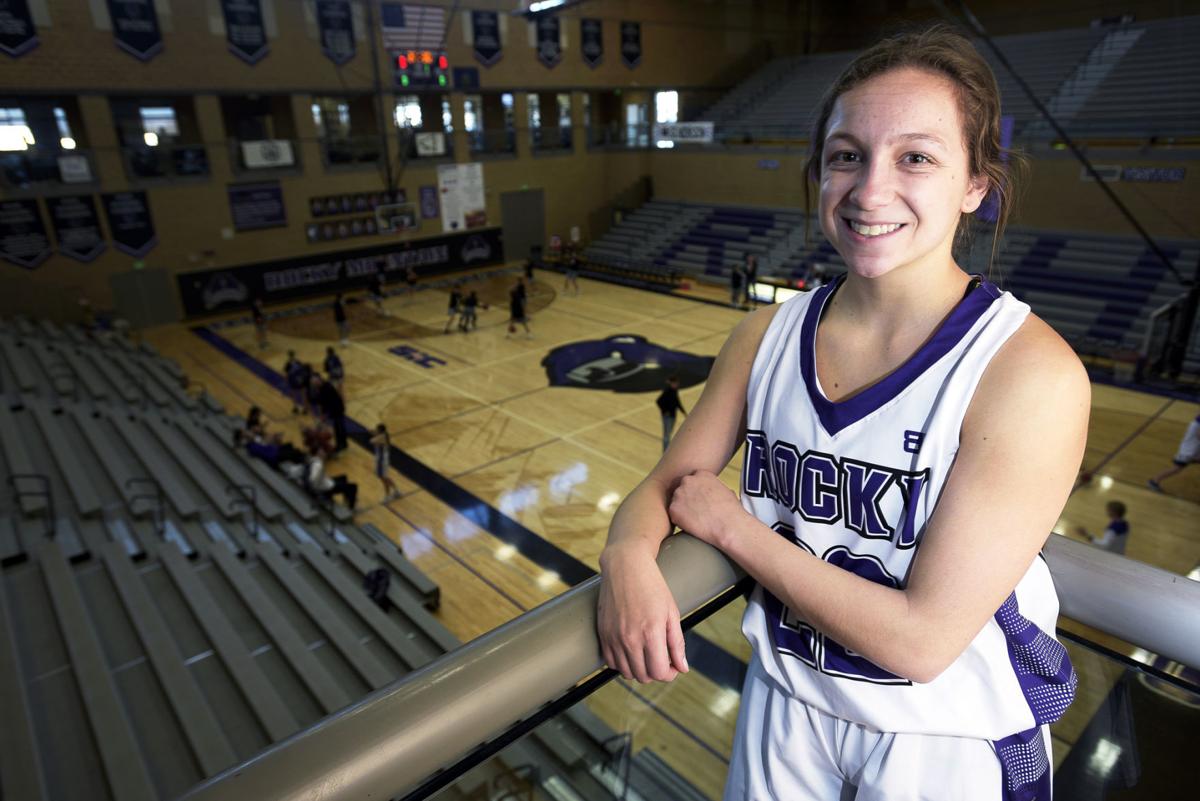 Rocky Mountain's Jada Reed has been about the only consistent thing for the program over the last few years. The senior guard has the Grizzlies back at state for the first time since 2015. 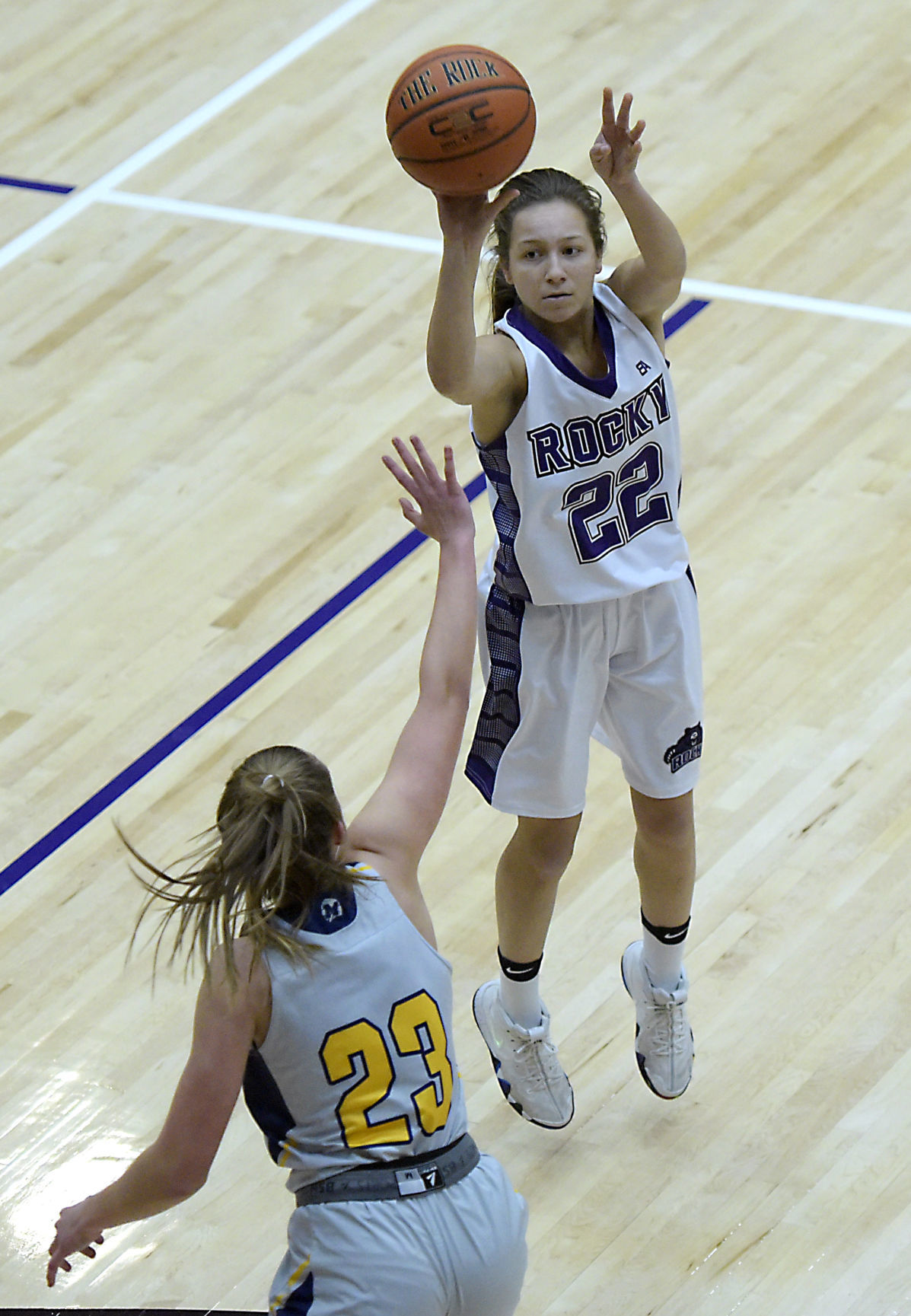 Rocky Mountain's Jada Reed has been about the only consistent thing for the program over the last few years. The senior guard has the Grizzlies back at state for the first time since 2015.

MERIDIAN — Jada Reed has been through it all.

From some of the worst seasons in school history to multiple coaching changes to a turnaround year, the senior captain of the Rocky Mountain High School girls basketball team has been about the only consistent thing for the program over the last few years.

The Grizzlies (15-9) will make their first state tournament appearance since 2015 when they face Rigby (19-5) at 6:15 p.m. Thursday at the Ford Idaho Center in the opening round of the 5A State Tournament.

"She's a baller," senior point guard Makayla DeBry said. "Here's someone who's stuck it out through thick and thin and always did so with a smile on her face. She never gave up on herself and those around her. So if that isn't a baller, I don't know what is."

Reed was the only freshman who legendary coach Emery Roy — the most decorated girls basketball coach in Idaho history with nine state championships — selected to be on his team for the 2016-17 season. She didn't play much that first season, but was the starting point guard the following year.

Rocky Mountain struggled to find wins those seasons. It went a combined 13-33 (.394) and the 2017-18 campaign was the third-worst in program history with just five wins.

Roy resigned on March 5, 2018, to be an assistant for the boys team with his son Dane. So William Rodgers, who guided the Caldwell girls to their first state tournament appearance in 15 years in 2016, was brought in.

But he stepped down after just one year following another losing season at 12-13.

"That was probably the low point for me," Reed said. "It was almost like, 'What's next? The girls and I had already been through so much already with losing over and over again and with everyone always referring to us as the 'easy win.' We just wanted someone to finally believe in us."

Rocky Mountain coach B.J. Humphreys, who spent four seasons with Scott Garson as an assistant at the College of Idaho, became that person. He immediately came in and got to know Reed, who was limited through the first six games of the season due to an MCL sprain in her left knee from soccer.

The injury resulted in Reed playing sparingly off the bench and ultimately losing her point guard spot to DeBry. Reed was moved to the two-guard spot following her return to the starting lineup.

"In a lot of ways, she sacrificed her point guard position for the benefit of the team," Humphreys said. "But she never complained. If that's what was going to help this program finally win some games, then that's what she was going to do. I think that says a ton about her, her parents and the way she was raised."

Reed thrived in the new position.

She dropped a career-high 23 points with six rebounds and two assists in a 61-53 win against Centennial on Dec. 12.

"If you just go off her stat sheet, you're doing an incredible disservice to her and her game," DeBry said. "She does a lot of stuff that you can't get from a scorebook — like the positivity, making that one extra pass before the assist and getting the energy up. It's all that other stuff that you have to just go watch to understand the value that she brings to our team."

The second-year College of Idaho women’s basketball coach actually met Reed’s father, Ben, the summer before her first season at a summer ball game. Both Ben and his wife, Aisha, played soccer for the Yotes. So Beal kept an eye on Reed.

Reed signed with C of I on National Signing Day on Feb. 4.

"You can just see how she's helped build her program to where it's at now and every coach wants to have someone like that," Beal said. "You can always find kids who can score, rebound, assist, whatever, but those really high-character players are rare. So she's going to elevate all of our kids and I look forward to seeing all that she's going to accomplish in her four years at C of I."

The Grizzlies qualified for state despite being picked sixth in the 5A Southern Idaho Conference preseason coaches poll and after being blown out by Boise 63-32 on Feb. 7 in the opening round of the District III Tournament.

However, they responded with a 72-47 rout of Centennial in an elimination game two days later before upsetting No. 3 Meridian, which entered on a 6-game winning streak, 54-51 Tuesday. When the final horn sounded, Reed slowly rolled the ball to the sideline and casually walked toward her bench to soak in the moment.

"I wanted to step back for just a few moments and let them all celebrate first because they really deserved it," Reed said. "It had always been a dream of mine to play in the Idaho Center. I've watched all of the games there over the last few years. But it's going to feel completely different this time around as a player."

Reed and company will have their hands full again.

Rigby is the District V-VI champion and has won its last 10 games.

But Reed has been through and overcame much worse.

"It's still been one of the most rewarding experiences of my life," Reed said. "At the end of the day, I did it for a reason and I'm a better player and person for having done so."