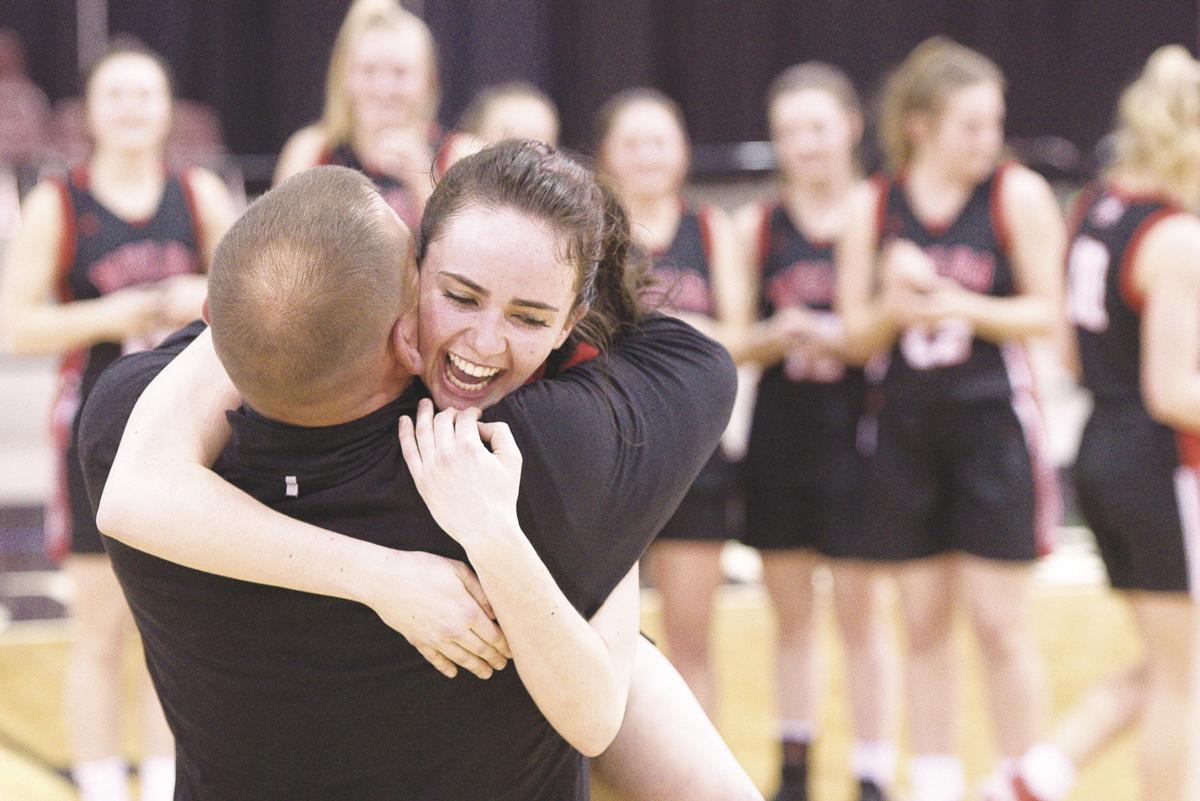 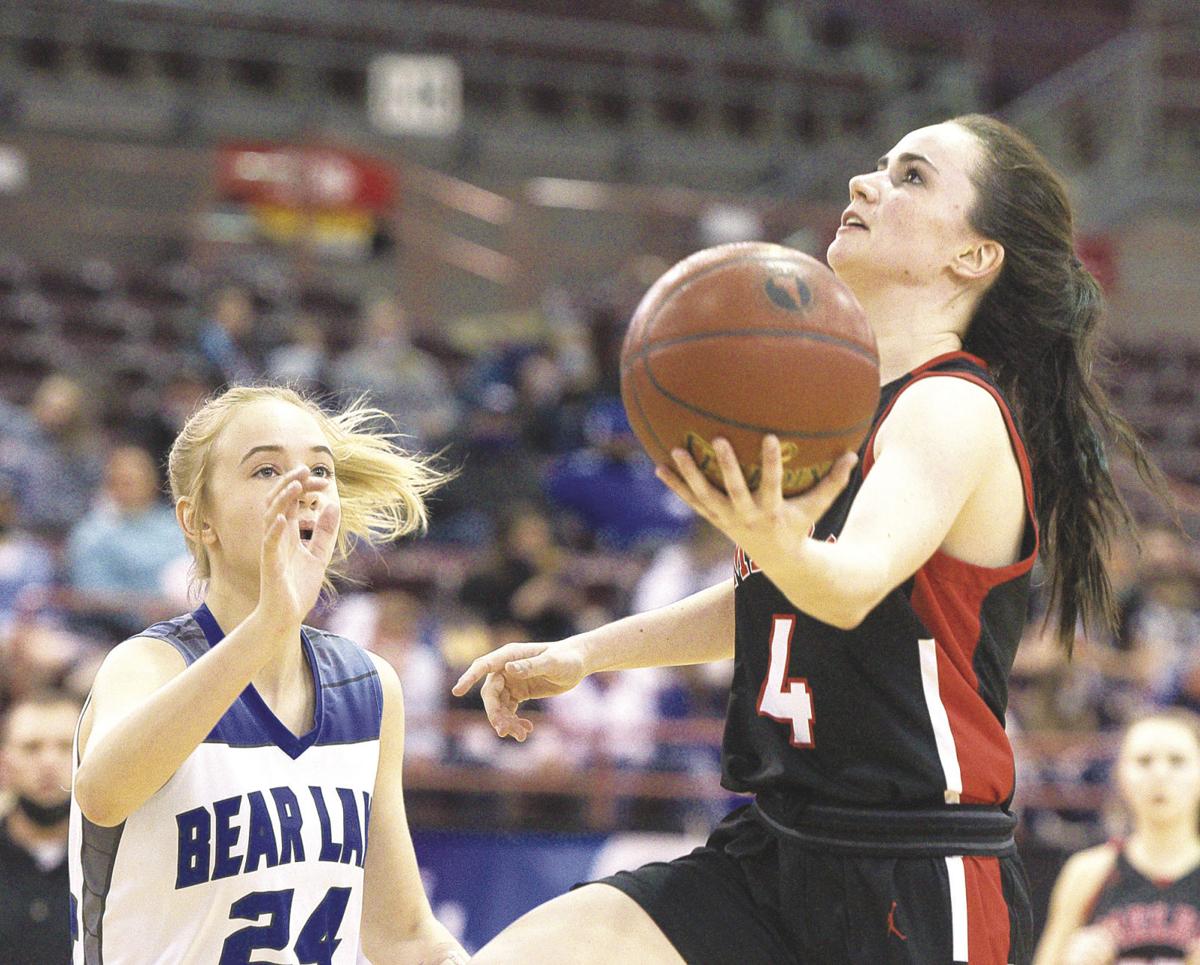 Melba guard Kate Clark (4) goes in for a layup against Bear Lake during the 2A state championship game Saturday at the Ford Idaho Center. 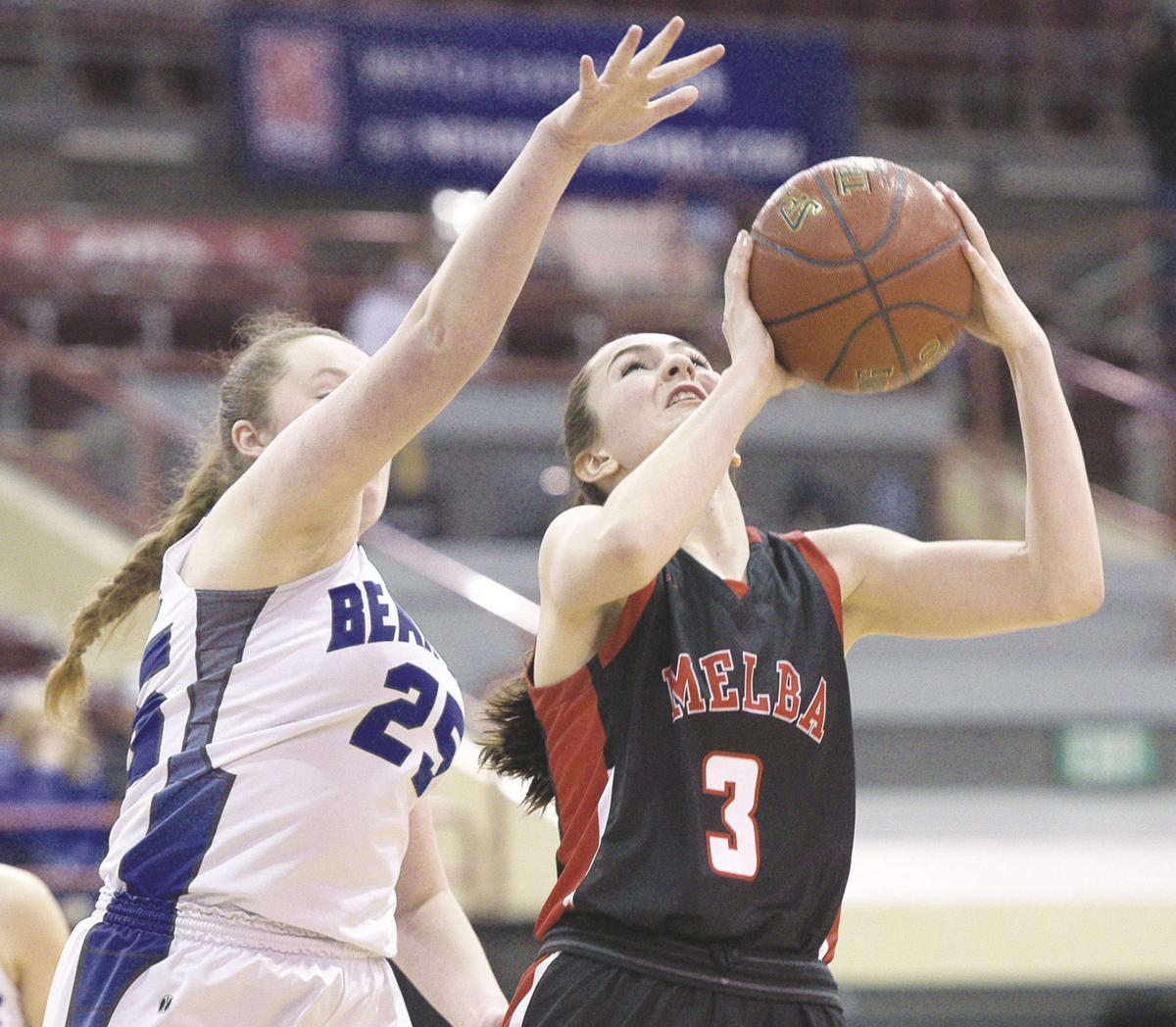 Melba forward Kendall Clark (3) shoots the ball against Bear Lake during the 2A state championship game Saturday at the Ford Idaho Center. 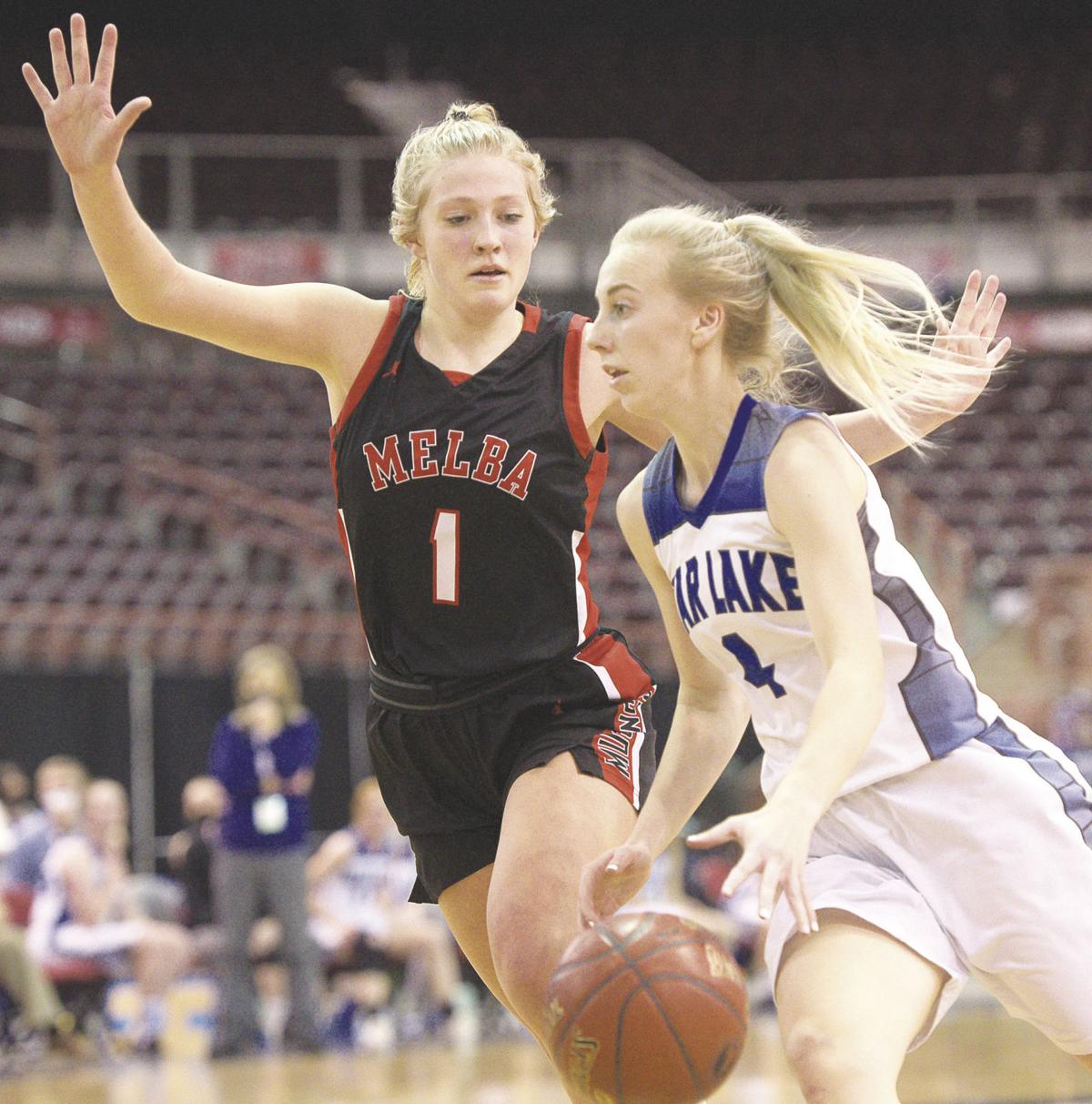 Melba forward Keylee Wilson (1) defends against a Bear Lake player during the 2A state championship game Saturday at the Ford Idaho Center.

Melba guard Kate Clark (4) goes in for a layup against Bear Lake during the 2A state championship game Saturday at the Ford Idaho Center.

Melba forward Kendall Clark (3) shoots the ball against Bear Lake during the 2A state championship game Saturday at the Ford Idaho Center.

Melba forward Keylee Wilson (1) defends against a Bear Lake player during the 2A state championship game Saturday at the Ford Idaho Center.

NAMPA — Kate Clark had been through four years of heartbreak with the Melba girls basketball team. With one last shot at glory, the senior wasn’t about to let another opportunity slip away.

When the final buzzer sounded on the 2A State Championship Game on Saturday, all the heartache and disappointment from years past had been transformed into joy. This time Mustangs found themselves victorious, 51-40 over Bear Lake, for the first state title in program history.

“It’s a huge relief,” said Clark, who led the Mustangs with 17 points. “This year I was like ‘I can’t deal with that heartbreak again.’ After the past few years, it’s amazing.”

Clark was a four-year starter for the Mustangs (21-4) and during all four years of her high school career, Melba made it to the state semifinals. But each of the previous three appearances, the Mustangs fell short. Each time, Soda Springs stood in their way each time.

Twice the Mustangs took third-place finishes after falling to the Cardinals in the semifinals. And when Melba did get through to the championship game during Clark’s sophomore season, it was Soda Springs that beat them 50-34.

This year Melba was able to dispatch the three-time defending state champion Cardinals in the first round of the tournament, helping spark its own run to the title. By the time the run finished on Saturday, it was Clark who finally got to do the celebrating. When the senior went to the bench with about 30 seconds left in the game, she sprinted off the court, hugging coaches and teammates as the clock ran down.

“That’s what it’s about, it’s not about me at all, I already have one,” said Melba coach David Lenz, who won a state title as an assistant coach under his father, Bob, with Melba’s boys team in 2011. “I wanted them to feel that feeling when that buzzer went off and I think it was everything they imagined.”

Making the moment even more special for Clark was getting to share it with her younger sister, Kendall. The sophomore added 16 points.

A third Clark sister, Emma, was a senior two years ago when Melba made it to the state title game. Emma is now playing at Northwest Nazarene, where Kate is signed to join her for next season.

“I couldn’t experience this with Emma, but with Kendall, she’s such a beast,” said Kate Clark. “Now she can go follow after this for the next few years.”

The Clark sisters helped the Mustangs get out to a fast start, combining for 13 points in the first quarter, as Melba took a 15-8 lead.

“It was definitely important,” Kendall Clark said about getting the early lead. “As soon as we got ahead, we started getting settled and passing the ball.”

Melba extended the lead to 20-9 in the second quarter on a 3-pointer by Hallie Arnold. After hitting five of six free throws to end the quarter, Melba went into the locker room ahead 25-12.

Melba led by as much as 44-28 in the fourth quarter. The Bears (13-12), tournament underdogs who were the No. 4 seed at the five-team District V tournament and beat No. 2-ranked Ririe and No. 3 Grangeville at the state tournament, tried to mount a comeback in the last four minutes. But the lead proved too much for Bear Lake to overcome.

The championship comes during a year which, at least until the state tournament, looked to be a bit of a down year for the Mustangs. Melba entered the season having won four straight 2A Western Idaho Conference titles, losing just one league game in that span.

This year they were swept by Cole Valley Christian and lost a third WIC game to New Plymouth, falling to the third seed in the District III tournament.

Melba fell again to Cole Valley Christian for a third time in the district title game and all eyes were on the Chargers, the No. 1-ranked team in the final state media poll, entering the tournament.

“This year we didn’t do the best during league and districts,” Kate Clark said. “I just think we had this tenacity that we weren’t going to let that get us down. We showed up for state and just proved ourselves.”

While the Mustangs lose Kate Clark to graduation, they appear to be set nearly everywhere else for next season. They return each of their other four starters, Kendall Clark, sophomores Arnold and Keylee Wilson and freshman Brooklyn Dayley, who had nine points on Saturday.

“I feel like we can (win another state title),” said Kendall Clark. “But with Kate graduating we have a pretty huge gap to fill. So, we’re going to have to work pretty hard now.”

The Pilgrims opened a 24-9 lead before Grangeville rallied.

The Cardinals opened a 16-7 lead before Ririe rallied.