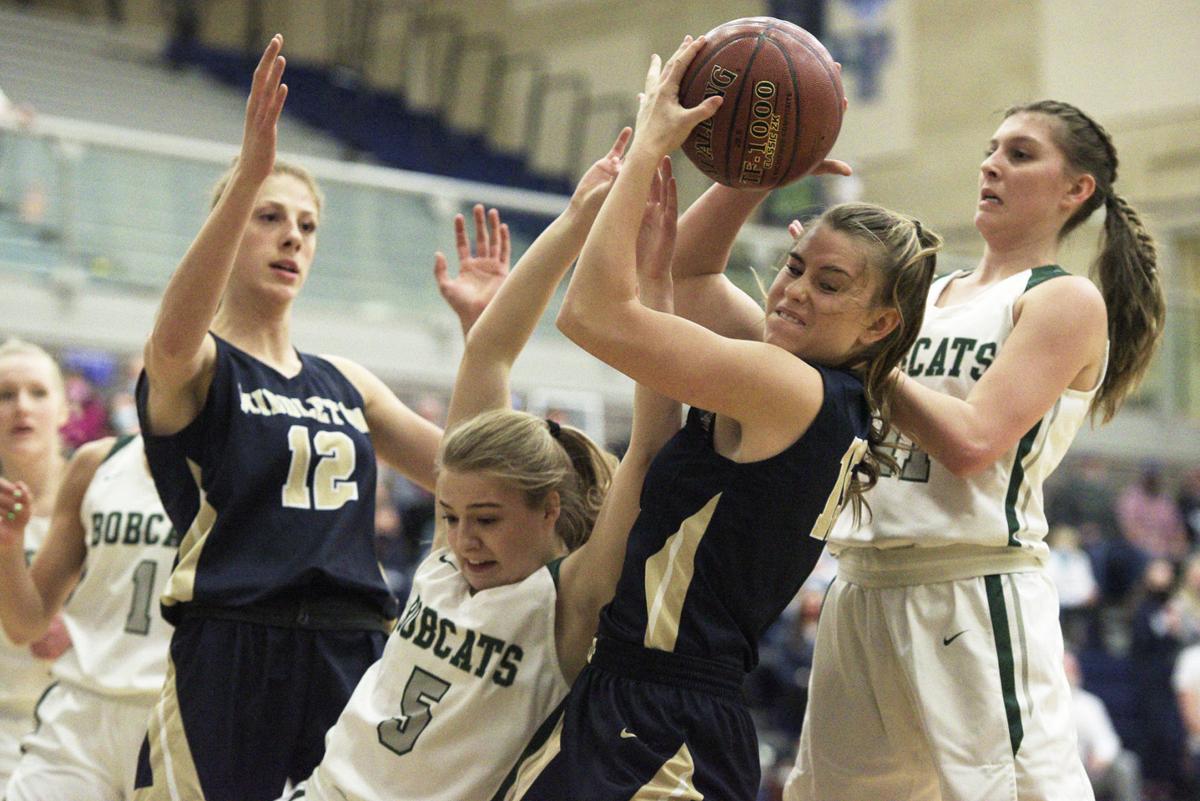 Middleton forward Sheridan Mortensen (15) battles to control the ball during the game against Burley at Mountain View High School on Thursday. 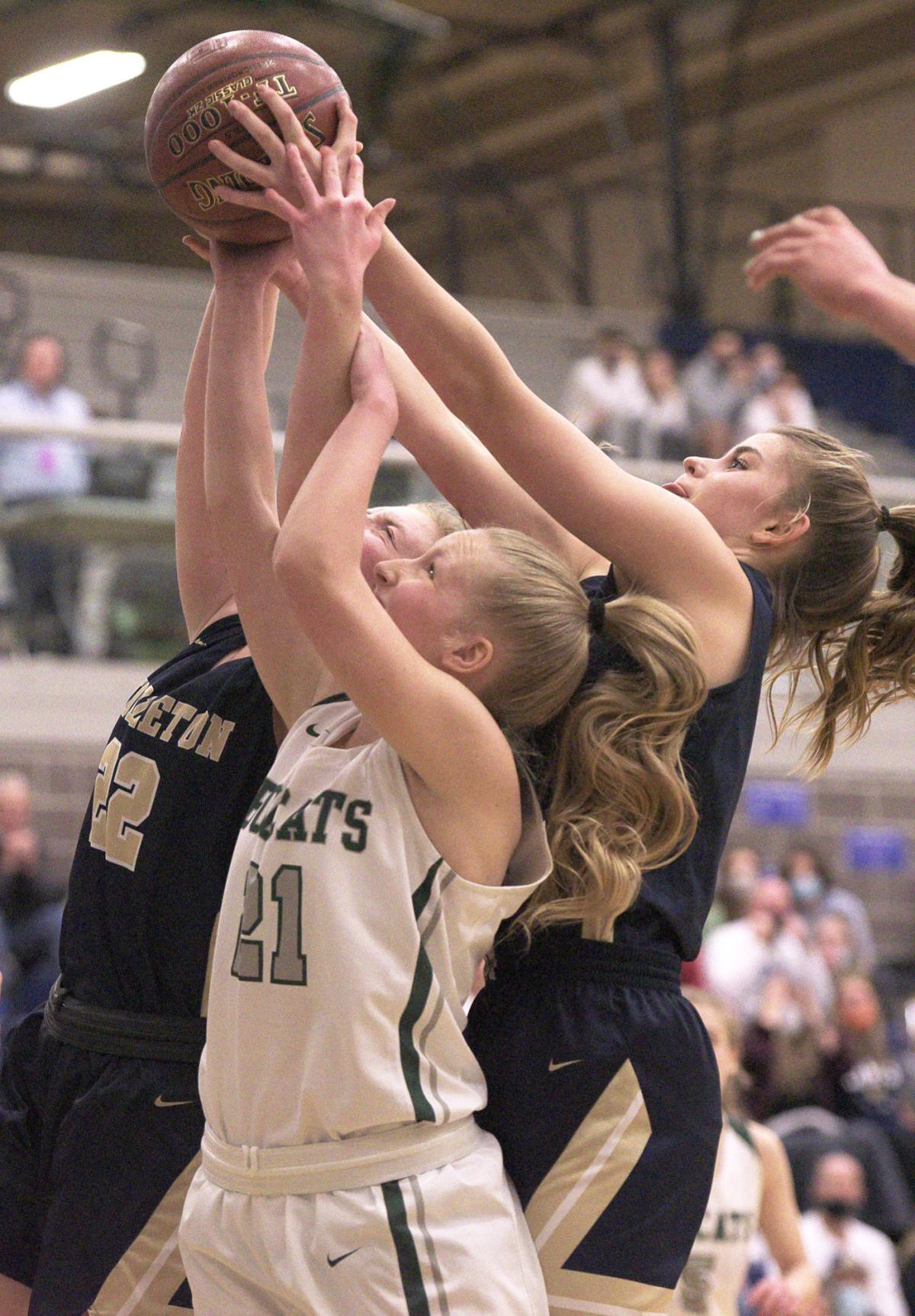 Middleton and Burley players reach to recover a rebound during the game at Mountain View High School on Thursday.

Middleton forward Sheridan Mortensen (15) battles to control the ball during the game against Burley at Mountain View High School on Thursday.

Middleton and Burley players reach to recover a rebound during the game at Mountain View High School on Thursday.

MERIDIAN — Middleton coach Trent Harrison is no dummy. The man knows a tough matchup when he sees it.

Yes, the Vikings first-year coach winced earlier this week when he saw his top-ranked team’s first-round draw against the Burley Bobcats. And, yes, those concerns came to fruition.

“Yes, I wanted Burley. We know them well,’’ Harrison said after those Bobcats upset his 17-3 Vikings’ 57-48 victory over the District IV champion Bobcats in a State 4A tournament opener. “We played them last year, it may have been a consolation game and they got the best of us. We wanted another crack at them.’’

But despite the desire, things went about the same as Burley’s Amari Whiting, who had 29 points in the Bobcats’ victory last year over the Vikings, who followed up with a 37-point, eight-rebound performance, 26 of those points coming in the second half. Her 37-point total sets a single-game scoring record for the 4A division, one more than Rigby’s Alli Furness’ 36 in 2012.

“No surprise, I knew she was perfectly capable of doing that,’’ Harrison said of Whiting, who drilled four 3-pointers after the half, while staying aggressive going to the free-throw line consistently down the stretch (11 of 15). “Tenacity, pure tenacity, her motor is almost incomparable.

“She is gonna do some good things in her career. Tonight is one of them.’’

“I’m very happy. I’m glad she came out to play in the second half. She didn’t in the first,’’ the elder Whiting said of Amari’s 11 points. “But that’s when it counts. I guess. Right?’’

The sophomore’s confidence overflowed in the second half, blowing a kiss to her Middleton defender after drilling a 3-pointer to end the third period and talking with the Middleton student section after another trey down the stretch all but sent the Vikings to the consolation side.

“We try to keep her humble,’’ Amber Whiting said of her daughter’s emotions. “Humble, but hungry.’’

The Bobcats, state champs in 2018, came to play from the start, opening leads of five points three different times prior to half as Burley led 24-22 at the break.

While Payton Hymas kept the Vikings close early with 10 points at half, Whiting, along with backcourt mate Kelsie Pope (14 points) were too much for Middleton, which pulled to within 47-44 on a Ressa Whitworth 3-pointer. Whiting had 13 of Burley’s final 16 points to seal things for the Bobcats, whose five losses were two to Century, two to Preston and one to top-ranked 5A Coeur d’Alene.

“I just told the girls I want to have two games left,’’ said Harrison, whose team was led by Payton Hymas’ 13 points, the only Viking in double figures. “We want to go out with two victories.’’

The Vikings meet Skyline in a 2 p.m. semifinal while Burley takes on Blackfoot in a 7 o’cock championship semifinal today.

CENTURY 55, MOUNTAIN HOME 25: The Diamondbacks raced to a 33-11 lead and never looked back.