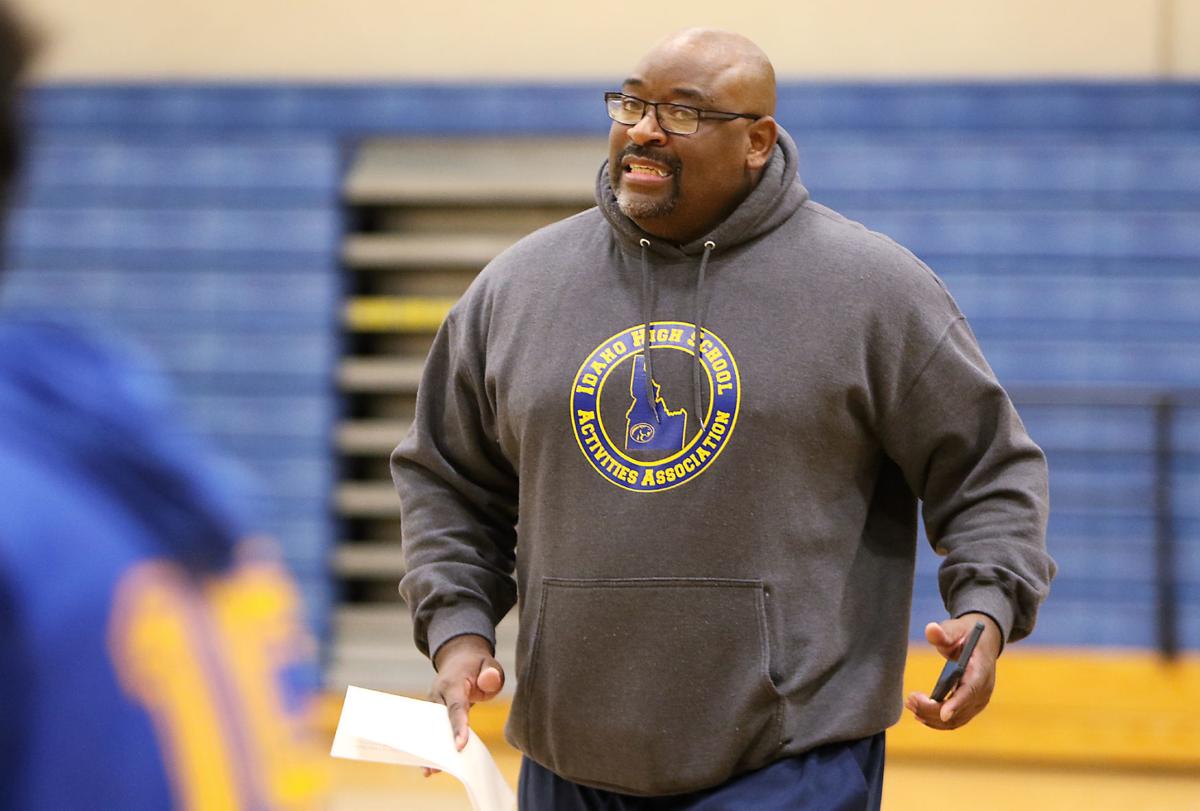 Caldwell boys basketball coach Derrick Boles interacts with his players during practice on Monday in Caldwell. 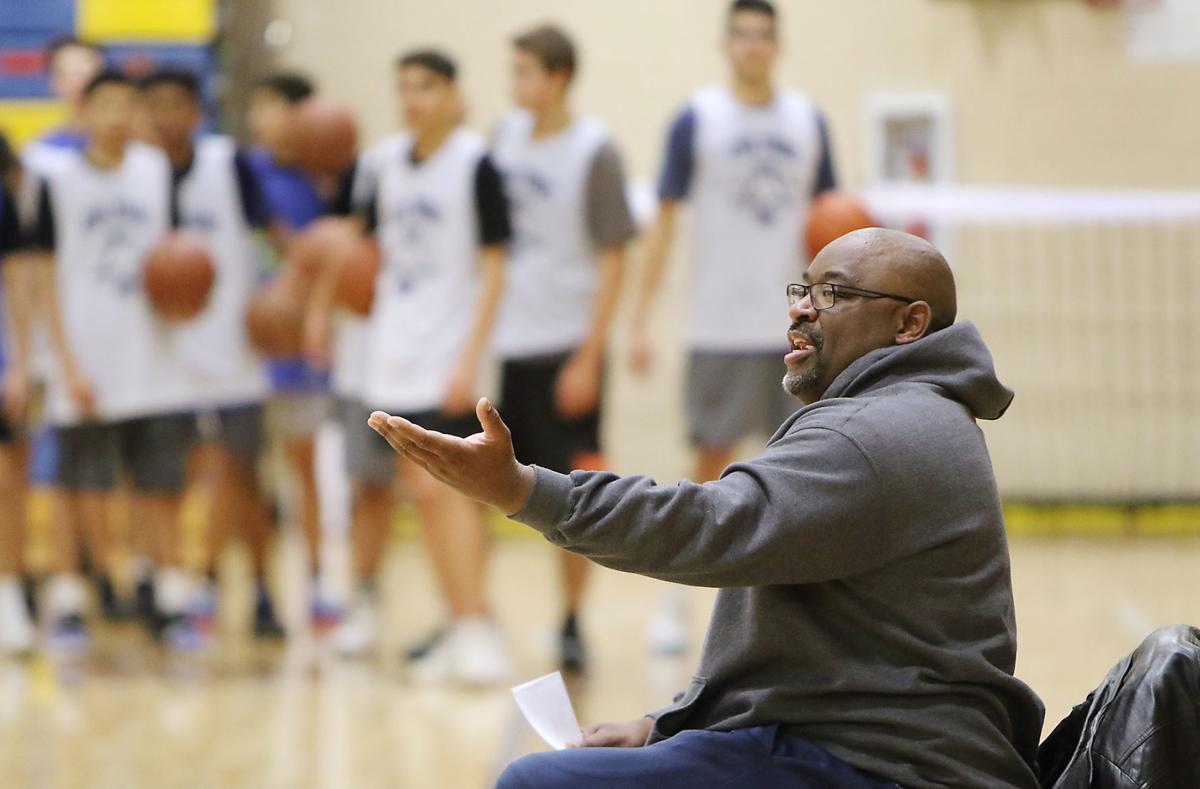 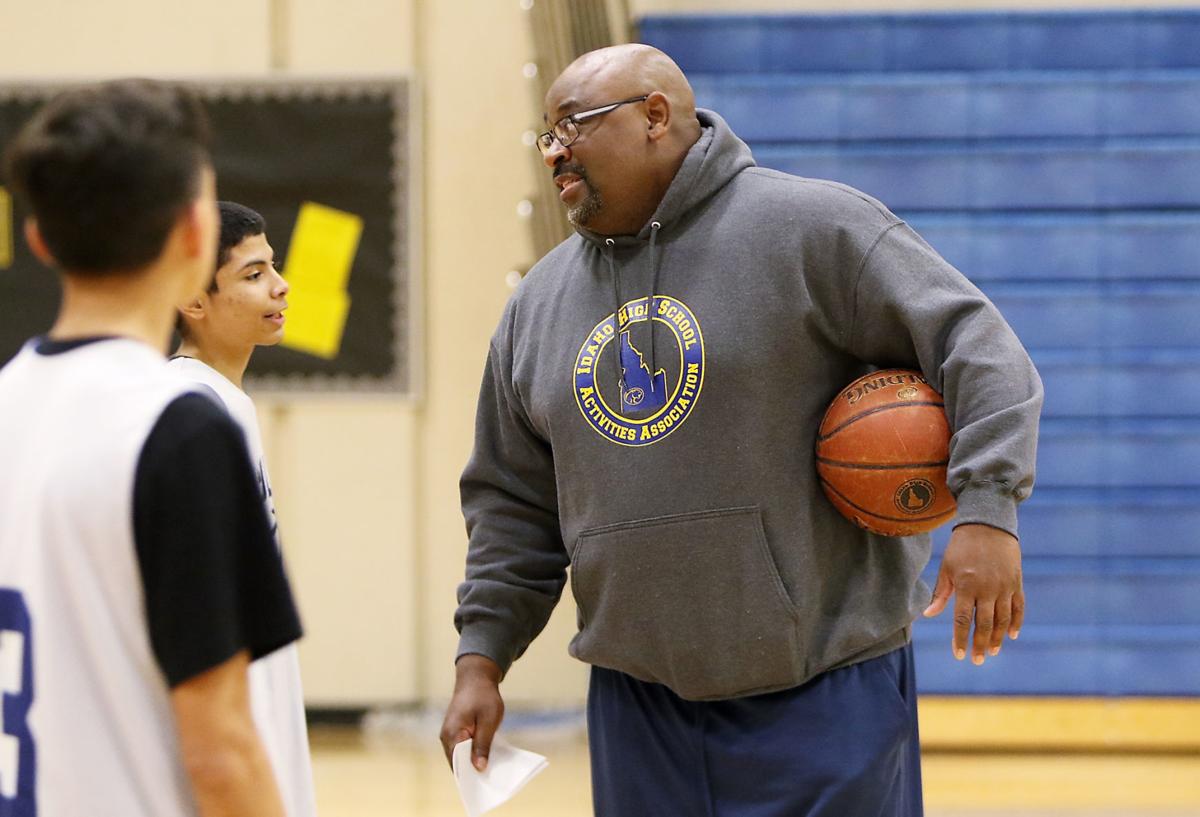 Caldwell boys basketball coach Derrick Boles interacts with his players during practice on Monday in Caldwell.

CALDWELL — Derrick Boles has defied the odds his entire life.

The new Caldwell High School boys basketball coach has proved others wrong time and time again. Now, just two years removed from a pair of massive strokes that almost took his life, Boles will look to do it once more. He will look to bring the first state championship to the program in more than half a century.

Boles will coach his first game in 12 years when Caldwell opens its season at 7:30 p.m. Dec. 10 at home against Columbia.

“He’s brought in a new positive attitude, a new mindset and made it all a new fresh atmosphere. And that’s something we haven’t had around here in a really long time,” Caldwell senior guard Matt Worwood said. “It’s hard to even grasp how he’s doing what he’s doing. It’s humbling and makes you just want to give it your all to a man like that.”

Boles, 46, was raised by his mother in a single-parent household in Detroit. His father abandoned him and his family when he was 5. Gunshots and drug dealers were a common sight in his neighborhood.

So Boles turned to basketball in the seventh grade.

He played against former NBA players like Jalen Rose on his way to becoming a four-year letterman at Belleville High for Mike Garland, who is now an assistant coach at Michigan State.

“After everything he had gone through from a young age, he just needed a little push in the right direction, and fortunately, I was able to give some of that to him,” Garland said. “I loved working with him. Just a pleasant kid to be around. The kind of kid I’d want my daughter to marry and would have had no problem leaving my kids with.”

Boles played at Idaho State for three years before transferring to Huron University— an NAIA school in South Dakota for his senior year after being told he would never play professional basketball.

He enjoyed a five-year career in Turkey.

Boles then went into coaching with stints at Treasure Valley Community College (2000-05) and the Idaho Stampede (05-07) before discovering a new passion in life.

“When I was at TVCC, one of my players said to me, ‘Have you ever thought about becoming a motivational speaker?’” Boles said. “I didn’t realize it, but he actually planted the seed for me.”

Boles spent the next decade traveling across the country speaking to people like Super Bowl winning coach Tony Dungy and at places such as Standing Rock Indian Reservation in North Dakota, where the state’s Native American tribes all gathered for the first time since the days of General Custer more than 100 years earlier.

He also got a book published entitled “The Courage to Lead: Learning How To Develop The Five C’s Of Leadership” in 2014.

But everything changed in the summer of 2017.

While working out at a fitness gym with his daughter Jasmyne that July, Boles collapsed doing squats.

Boles tried to get up, but the whole right side of his body was numb. He was unable to speak. So Jasmyne ran and got help. He was rushed to nearby Saint Alphonsus Medical Center in Nampa.

But he wasn’t out of the woods yet. About 10 hours later, after friends and family had just left for the night, the right side of his body started tightening up again. Luckily, the call button was right next to him. The nurse rushed in and shouted “Oh my God, you’re having another stroke.”

“I was thinking, ‘Man, I think I’m getting ready to die,’” Boles said. “I know it’s going to sound crazy, but I felt like I saw death saying, ‘I just want to talk to you.’ And if I went over and talked to death, I wasn’t coming back. The only thing that I could do, was pray.”

And within four months he was back walking, talking and driving a car again.

“He’s definitely a fighter. I don’t know if anything will kill him ever,” Jasmyne said. “When he wants something, he goes after it with everything that he has.”

But because of the strokes, nobody wanted to hire him to speak again. Boles spent a year on the couch — watching “Ellen.”

In the summer of 2018, “Miracle-Ear,” a hearing aid company, flew him out to the Paris Las Vegas and had him speak in front of 300 people. He got a standing ovation. Boles didn’t have any problems getting work again.

It inspired him to get back into coaching.

So this past spring, Boles applied for the Vallivue girls, the Columbia boys and the Caldwell boys basketball jobs. Caldwell was the only one to call him back and give him a shot.

Boles has a daunting task in front of him.

The Cougars haven’t won a state championship since 1967. They’ve only been to state twice in the last 20 years.

Since last making the state tournament in 2016, Caldwell has won just nine games overall and three in 4A Southern Idaho Conference play. It has suffered 47 double-digit losses in 64 games and lost by an average of 20.1 points per game during that stretch.

But only six months into the job, he already has the team believing things will really be different this time around. Over the summer, Caldwell made it to the semifinals of a College of Idaho Tournament and went 6-2 at a Gonzaga camp where Anthony Navarro scored 56 points in a single game for the Cougars. Caldwell brings back five returners from a season ago.

“He’s seen programs grow and knows exactly how to do it,” Garland said. “He’s knows that there’s a process and he’s going to let those players and those parents know all about it. If they stay with him, after everything he’s been through, he’s going to turn that thing around and make it special, I just know it.”

Boles will certainty take those odds. After all, he’s beaten them plenty of times before.

“If I would have went a different direction, I probably wouldn’t even be here talking to you right now,” Boles said. “I’m just very thankful. I just appreciate that I’m still here.”