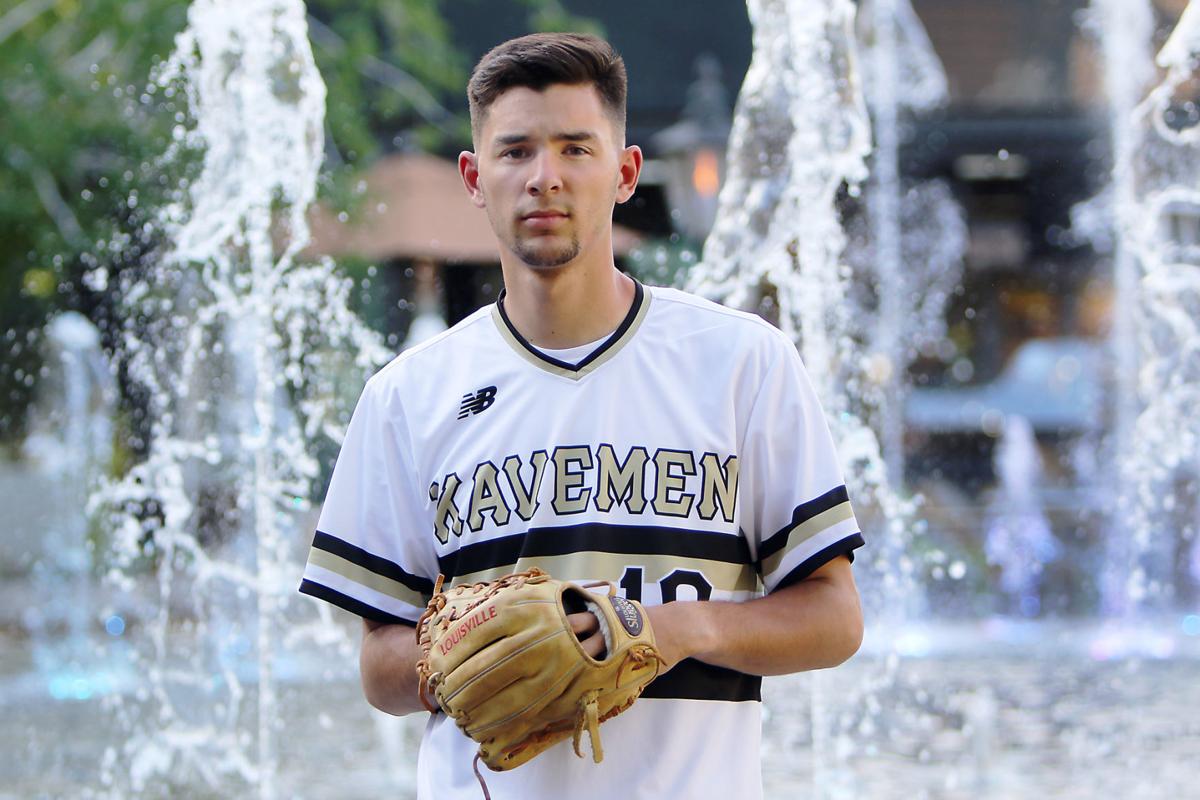 Diego Hernandez of Kuna poses at The Villiage in Meridian on May 26.

Diego and Chase Hernandez celebrate a win during a game last season.

Diego Hernandez of Kuna poses at The Villiage in Meridian on May 26.

Diego and Chase Hernandez celebrate a win during a game last season.

The ‘Lost Season’ is a series by the Idaho Press spotlighting senior spring athletes whose seasons were canceled by the COVID-19 pandemic.

KUNA — Diego Hernandez was just about to sign his National Letter of Intent to Walla Walla Community College when he looked up.

There must have been more than a 100 people crammed into the Kuna High School commons on that Feb. 2 day. But the recently graduated Kuna baseball star made sure to find and lock eyes with older brother and new Kuna baseball coach Chase Hernandez before pen met paper. Because if not for him, none of it would have even been possible in the first place.

“He was the first person I looked for in the crowd,” Diego said. “I felt so accomplished when I saw my childhood idol crying due to how proud of me he was. It was an overload of emotions. It was like all the tears I hadn’t let out grinding to pick myself up off the ground leading up to that moment.”

Grandfather Daniel Hernandez, a star in the old Mexican leagues, and father Alfredo Hernandez, instilled in Chase a love for baseball. And Chase, 27, made sure to pass that down to Diego, who is nine years younger.

“I spent his diaper years teaching him baseball,” Chase said.

The backyard was his teaching ground.

He began by throwing him Nerf balls underhanded. But it wasn’t long before they built a full-on pitcher’s mound.

“We just had enough room for it,” Chase said.

There were home run derbies — some windows and fences may have gotten broken. And World Series simulations. Diego was always the Los Angeles Dodgers.

“He would always be pitching Game 7,” Chase said.

Diego wanted the real thing, though.

So at 9, he became the bat boy for the 2011 Kuna team. Diego was in and out of the dugout for every game, including getting out of school early for the hour drive to Mountain Home. Chase was the 4A Southern Idaho Conference Player of the Year that season as an outfielder — the first Kuna player to win the award in quite some time. The Kavemen also advanced to the state title game. They ended up losing to Twin Falls 5-2.

“I was bawling,” Diego said. “And he took me under his arm and told me that I can cry as much as I want on the inside of the white lines. But as soon as we stepped over the white lines, it was a clean slate. It wasn’t because he wanted me to be a man. But he wanted me to understand that whenever I’m in the field, I just let myself be myself.

“He had just lost his senior state championship, and the first thing he made sure to do was to take care of me.”

And Chase continued to do so even from 52 miles away.

He was playing for Treasure Valley Community College when his world was turned upside down.

His mother Lori Hernandez was arrested for grand theft after stealing from her employer during his second year away. Diego wasn’t sleeping and when he was it was with his teddy bear again. He was having constant stomach aches and anxiety attacks at school as well.

“He was afraid I wasn’t going to be there when he got home,” Lori said.

Chase contemplated quitting to come back home. But his father talked him out of it.

So he had Diego stay with him in the dorms on the weekends instead. Chase also got jobs as a resident assistant for the school and at Little Caesars to send money back home. It was him with the help of his head coach at TVCC who got Diego his first glove. Chase did all of this while still being a full-time student and member of the baseball team.

“That was the first time in my life where I came to a fork in the road and said ‘(expletive) it, I’m going to take the middle,’” Chase said.

Diego went back to being his old self again, which included throwing a perfect game on the day his mom went to jail for six months.

It ended up being a good thing too.

The 6-foot-5 Diego struggled that season with a .254 batting average and an ERA north of 10.

“I recognized a lot of myself in him,” Chase said. “And the me that I recognized in him was the me that was floundering in the first years of college where I wasn’t even seeing the practice field. I saw the insecurity. I saw the self-doubt. I saw a kid who I knew had the talent.

“But because he was so gifted from a young age, it was the first time that he was among equals and the first time he really entered competition with himself.”

Diego wasn’t listening to anyone either, not even his brother. It got so bad that Diego seriously thought about quitting in the middle of the season. So Chase had to take a step back.

Diego stayed the course and devoted himself to getting better. He gave up basketball and spent the entire summer of his junior year in the new hitting facility with Chase. Diego also wasn’t above being owned by his brother in defensive drills.

“I was two years out of college baseball. I was probably a little chubbier than I used to be. And pouring sweat, but I was trying to get him to understand that you just can’t go through the motions,” Chase said. “Otherwise, someone like me who is 5-11, 6-foot on a good day with the right shoes, and out of shape, can beat somebody like you.”

Diego hit a team-high .467 with 37 RBIs, nine doubles, four triples, a home run and had 19 stolen bases. He was even better pitching with a 2.50 ERA to go along with 53 strikeouts and a 5-2 record. The Kavemen won the 4A SIC title, ended a three-year postseason drought and Diego was named the SIC Player of the Year — the first player from Kuna to win the award since his brother eight years earlier.

“It was a great feeling to have all that hard work pay off, but sharing the moment with my brother is what I remember most,” Diego said. “I always wanted to be like him growing up and now I was filling his shoes. It all came full circle.”

It also got the attention of then Montana State Billings coach Aaron Sutton, the same person who had coached Chase at TVCC and helped give him the glove years earlier. Diego committed instantly in the fall.

However, when Sutton stepped down in November to take a job with the Minnesota Twins, Diego was forced to decommit. And all of the schools who were interested in him before, no longer had any available scholarships or open roster spots. If all of that wasn’t bad enough, Diego’s mom was arrested again. This time on a probation violation on Dec 30 — two days before his 18th birthday. The probation violation has since been dismissed because no charges have been filed yet.

But just like all the other times, Chase was there. He turned Diego on to some community colleges, including Walla Walla. Chase and his girlfriend Kenzie Kaba also took Diego in.

The very next day, Diego signed that National Letter of Intent with Chase looking right back at him.

“It was almost an unspoken thing,” Chase said. “There were 100 other people across the room. But we’re talking and that doesn’t happen very often with any human relationship.

“It’s just been one of the most rewarding privileges that I’ve ever had to have a hand in raising him. I’m really glad he’s my brother.”