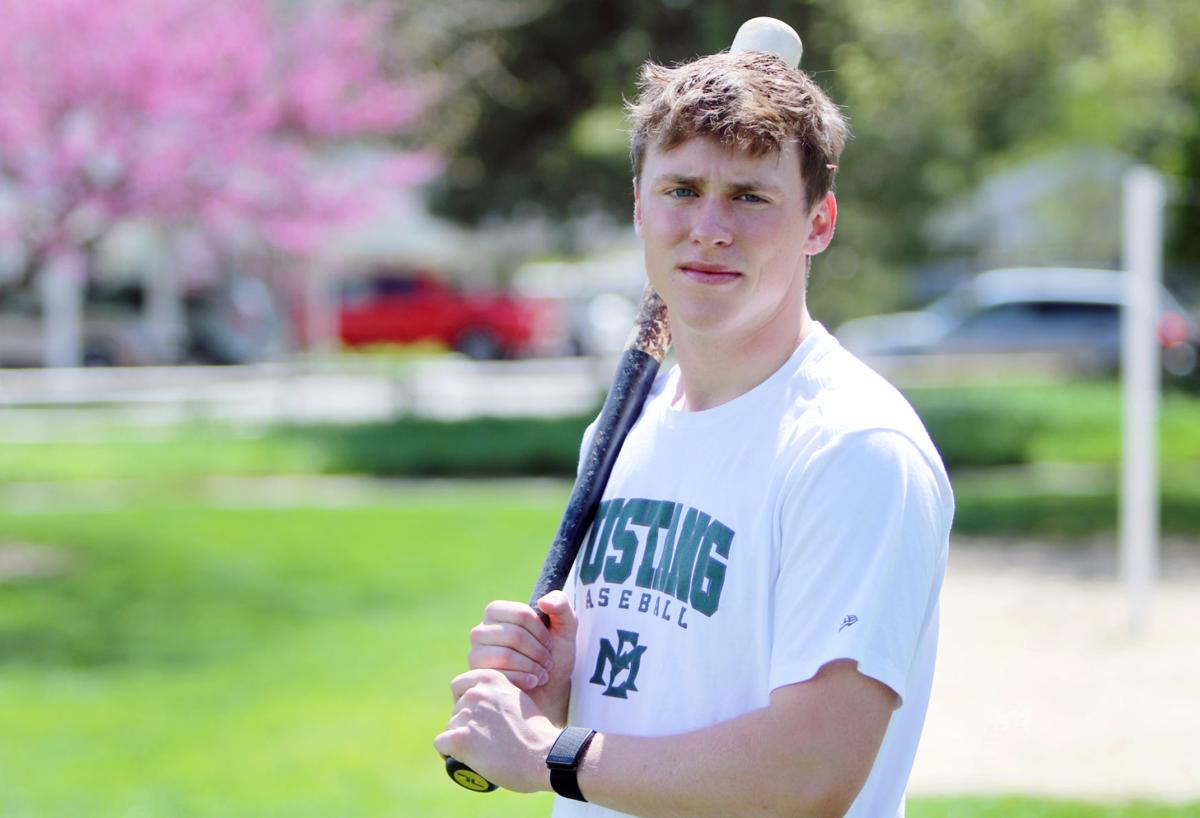 Eagle’s Mason Leavitt was named by MaxPreps as the best player in Idaho. The senior infielder never got the chance to live up to that label. 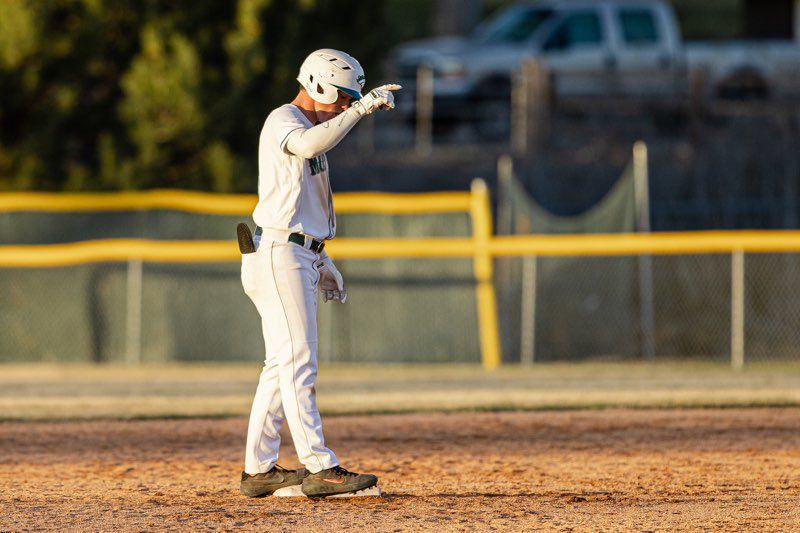 Mason Leavitt of Eagle signals to his first-base coach after getting a hit during a game against Borah on March 13 in Eagle. 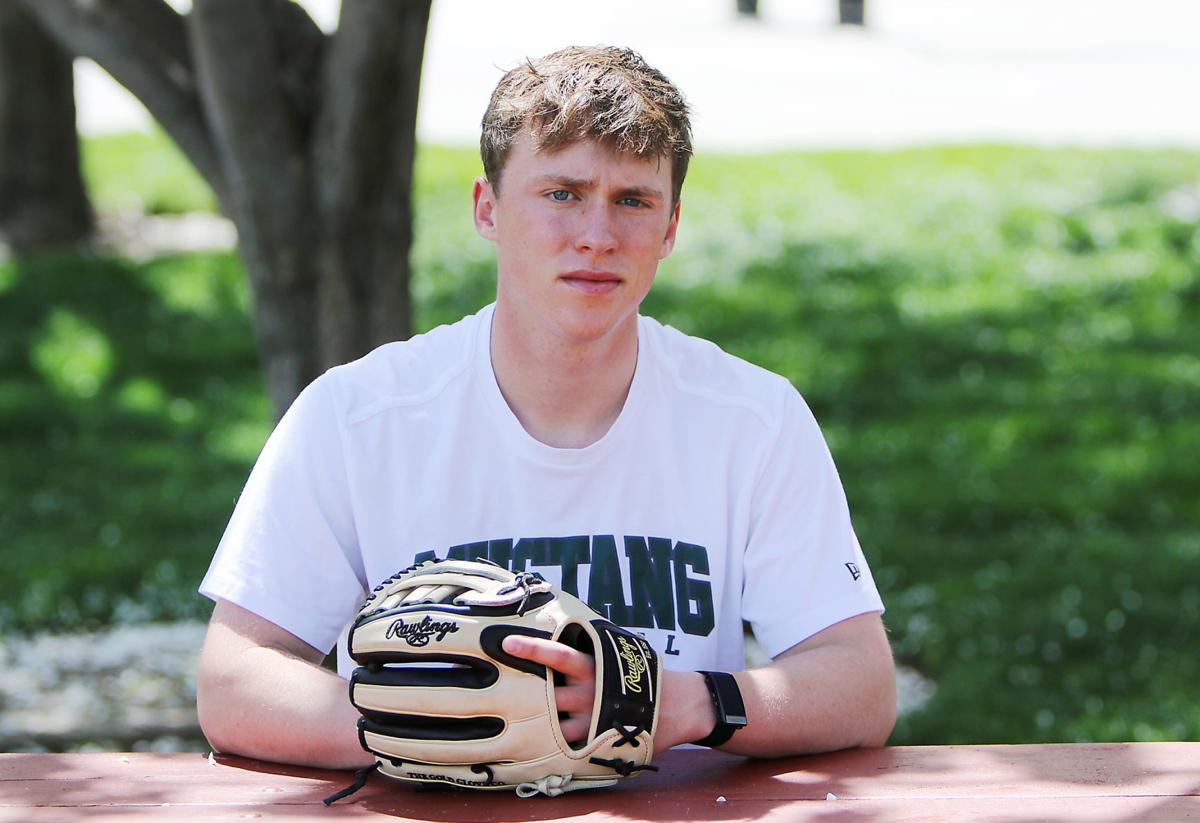 Mason Leavitt had a lot of high aspirations for this past season, including winning a state championship. The senior infielder never got the chance to achieve any of them.

Eagle’s Mason Leavitt was named by MaxPreps as the best player in Idaho. The senior infielder never got the chance to live up to that label.

Mason Leavitt of Eagle signals to his first-base coach after getting a hit during a game against Borah on March 13 in Eagle.

Mason Leavitt had a lot of high aspirations for this past season, including winning a state championship. The senior infielder never got the chance to achieve any of them.

EAGLE — Mason Leavitt made a goal sheet when he was 10.

Leading his team in a statistical category. Check.

And being a multiple-time All-5A Southern Idaho Conference player are just a few of the many goals the Eagle High School baseball senior standout had achieved over the last few years. The infielder only had a few more goals left to check off going into his final season. A state championship and the SIC Player of the Year being the biggest ones.

And if his first three seasons were any indication, they were ones he likely would have gotten too.

“The guy had something to prove to everybody. I still think he wants to show everybody,” Eagle assistant head coach Joe Gossi said. “I think he really wanted to go out and go, ‘I’m going to dominate and everybody’s going to realize how good of a player I really am.’ I’m so sad for him that he never really got that opportunity.”

One of the first goals on Leavitt’s list was to make varsity as a freshman.

Not only did he make it but he started several games at catcher in 2017. The Mustangs’ starting catcher at the time was Alex Guerrero, who would be the 547th pick in the 18th round of the 2018 MLB Draft.

“He absolutely took and learned a lot from those guys,” Eagle pitching coach Kevin Kim said. “He recognized with them the player he needed and wanted to be. He’s a very good (and) smart mental player like that, and those are qualities I love. His mental game is one of his best assets.”

Leavitt continued his upward trajectory the following year. He switched over to second base and earned All-SIC honorable mention honors. Eagle also qualified for the state consolation championship.

But a potential career-ending injury almost prevented him from reaching goals higher up on the list last year.

He was gearing up for a tournament in Arizona for the Garciaparra Baseball Group in January 2019. Leavitt was walking through the airport when a sharp pain went through his right throwing shoulder. He just chalked it up to soreness from a workout earlier in the week.

However, by the second game, he was unable to lift the shoulder up.

Leavitt saw three different doctors. They all said the combination of rest and cortisone shots should clear it up.

So as a precaution, Leavitt gave up his starting infielder spot and served as Eagle’s designated hitter.

“You know with baseball, you fail a lot. And usually if you strike out or get out, you go out in the field and try to forget about it by making a nice play there,” Leavitt said. “But I would get out and just go sit in the dugout for two more innings. I’d be forced to sit there and think about how I messed up or how I didn’t help the team. So I just felt like I couldn’t contribute as much.”

But his shoulder was getting better — so he thought.

Leavitt was finally feeling good enough to do throwing drills in practice about a week before districts. Yet, even with no pain, he was still one-hopping all of his throws to first base. So he went to see Matt Candau, the owner of Performance Physical Therapy of Idaho. Candau thought there was a far more serious issue upon his first session with Leavitt. He recommended an MRI.

And sure enough, it revealed he was right.

It wasn’t diagnosed sooner because his muscles had compensated for it and still allowed him to pass all of the tests.

The injury didn’t stop him from playing at state. Leavitt helped the Mustangs advance to the state semifinals for the first time in a half a decade.

He hit .357 with team-high 27 RBIs and seven doubles to earn All-SIC first-team honors that year.

“He would have good days and then he would have bad days. The bad days, I would be set back from those, but he tried to stay positive,” Kim said. “I could see the frustration, but at the same time, he wanted to contribute to his team. And that’s absolutely the character of Mason Leavitt.”

Leavitt had surgery last June. He then started seeing Candau twice a week before upping it to three times a week. He was going every day before and after school a few weeks before the beginning of this season. Leavitt got up at 6 a.m. and often didn’t get home until well after 10 p.m.

“He’s put in more effort than just about anyone I’ve ever worked with,” Candau said. “It makes my job a lot easier when you have somebody that dedicated and that willing to just do whatever it takes to get back to doing what they want to do. It’s not just me. He does exactly what the doctors and the coaches tell him to do. He just puts his head down and he works and he puts his faith in the guys around him.”

Word must have gotten out about that.

MaxPreps listed him as the best player in Idaho in its nationwide preview in January.

But Leavitt wasn’t quite 100%. The time table for a torn labrum is typically a year. It caused him to think he had reinjured the shoulder while throwing a runner out at home from second base in a game against Borah on March 13.

So Leavitt wasn’t originally bothered by the suspension of the season that started three days later.

“It was honestly good timing,” Leavitt said. “I thought it was going to give me more time to get my arm stronger and in better shape to really help my team when we come back in a few weeks.”

But weeks turned into more than a month, and Leavitt became impatient. He hit at a friend’s batting cage and even got kicked off the baseball field by the administration.

He finally got an answer when the Idaho High School Activities Association canceled the season on April 17. Leavitt was one of seven starters and 13 total returners.

Leavitt batted .700 with 5 RBIs, a double and a triple in three games. This included going 4 for 4 with four RBIs against Borah in the final game of his illustrious career with Eagle. He leaves the Mustangs with a career .354 batting average, a .432 OPG, 72 RBIs, 73 runs and 44 stolen bases out of 48 attempts.

“He’s hands down one of the best players to come through this program on and off the field,” Gossi said. “From being such a tough player, such a grinder, to a guy with just passion and love for the game, I definitely put him there regardless if he gets drafted. As long as I’ve been there and even with what I know of the past, he definitely falls in that category.”

Leavitt’s baseball career isn’t over, though.

He will play for Northwest Nazarene in the fall — a goal from the sheet that nobody or nothing can take away from him.

“It’s kind of like a big what if,” Leavitt said. “I was more motivated than ever before. I feel like personally, I was bound to do great things and so was my team. We were really going to be special.”