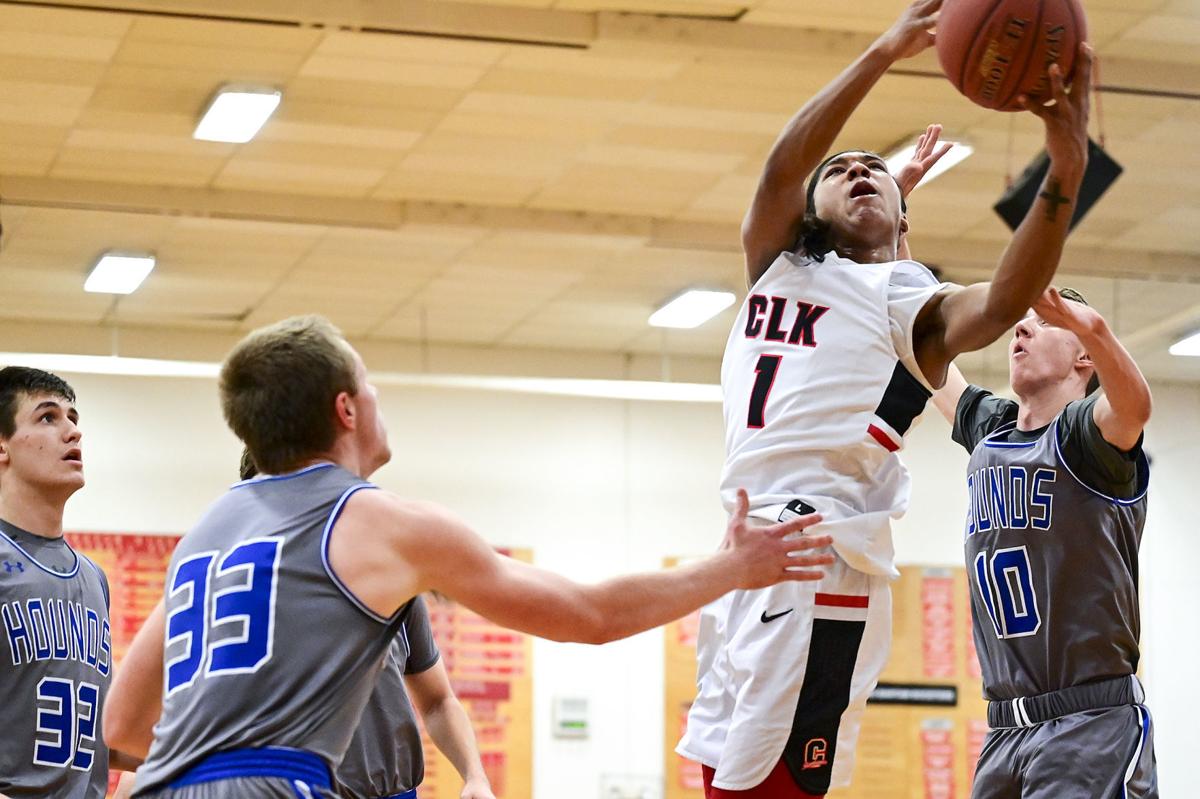 Clarkston’s Tru Allen goes in for a layup between a pair of Pullman defenders during a game last season. 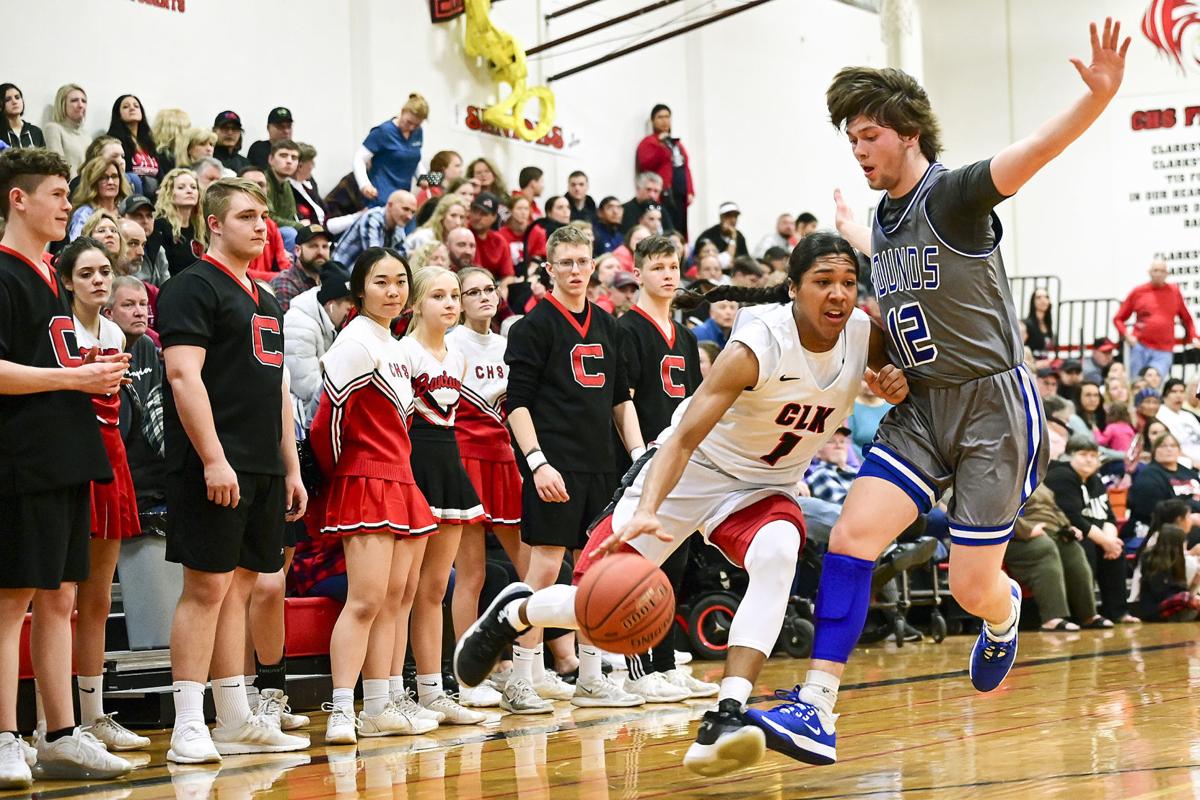 Clarkston’s Tru Allen goes in for a layup between a pair of Pullman defenders during a game last season.

What’s obvious about Clarkston High School point guard Tru Allen is how he glides down court, dazzles ambidextrously with the basketball in hand and torches defenders with his ability to score from wherever he sees an opening.

What might fly under the radar is how confident and intelligent he is when it comes to his sport.

“There were times in the last two years where I’d just let him run our stuff,” Jones said. “I was quiet on the sideline. You could trust him 100 percent with that, and he trusted me. That was built over the years.

“His basketball IQ is immense. For a point guard to have that level of IQ and athleticism, combined with his overall game, he’ll be fun to watch.”

Jones trusts he will see more of that starting in 2020-21, when Allen suits up for his new team — Northwest Nazarene.

Clarkston’s program announced on Twitter on Monday that Allen would sign with the NCAA Division II program.

The Associated Press’ Washington Class 2A player of the year and Great Northern League MVP in 2019-20 will play under fourth-year coach Paul Rush. The Nighthawks went 15-11 last season, but were 20-8 in 2018-19 — they were ranked in Division II’s top 25 and owned a 77-73 win against Idaho, where Tru’s brother and role model, Trevon, recently concluded his All-Big Sky senior season.

“It’s a really great fit for him, not only with the system NNU runs, but coach Rush is fantastic,” Jones said. “It comes across as a great players’ program. They like to play there. They recruit at a high level and win pretty constantly.”

Allen, who moved to Clarkston as a freshman after living in Lapwai and Lewiston (just across the river from Clarkston), visited the Treasure Valley school a week after he scored a game-high 26 points in the Bantams’ runner-up finish to North Kitsap at the State 2A tournament. He had other looks, including from Eastern Washington, Montana State, Denver University and Lewis-Clark State.

Allen said he felt welcomed by NNU personnel, and appreciated how “forward” Rush was. He was intrigued by the ultra-competitive Great Northwest Athletic Conference, and of course, welcomes the chance at competing for minutes at the point right away — a position the Nighthawks’ offense flows through.

“There’s a lot of ball screens. The point guard gets a lot of the action,” said Allen, who owns several Bantam records. “Being a point guard, you wanna go somewhere you can run the show for your team. It’s no guarantee, but it’s up for grabs. I have to work for it.”

Jones expects Allen’s impact at NNU to be significant. He was quick to tab the 6-foot, three-year starter as “certainly one of the best to ever play here,” alongside past stars like Trevon Allen, LCSC’s Jett Sobotta, Whitworth’s Dustin McConnell and Gonzaga’s Josh Heytvelt — the latter of whom had his career scoring mark broken by the younger Allen this year.

“What stands out first and foremost is his athletic ability; he’s already at the next level,” Jones said of Allen, also a standout wide receiver and defensive back on the football team at Clarkston. “He’s not one-dimensional. He’ll be asked to do a lot of different things, and I have no doubt he’ll be able to. He just does so much on the floor.”

Tru Allen finished 2019-20 with per-game averages of 21.4 points, 5.5 rebounds, 4.6 assists and 2.1 steals for the Bantams, who finished 20-6. During his all-state campaign, Allen broke Heytvelt’s all-time scoring record by a few dozen points, finishing with 1,532. He also moved atop the program record books in assists (316) and free throws made (256). Allen was practically automatic from the free-throw line. In Jones’ decade of coaching at Clarkston, Allen was the only freshman to make varsity. It all added up to 65 wins in Allen’s time at the school.

“I’ve always been taught to score at all three levels; it messes with defenders,” said Allen, who was a Select Basketball standout in the Boise area during high school. “Just playing fast and being smart with the ball.

“On the defensive end, it’s all competitiveness. You just have to step it up.”

Above all, Allen prides himself on his confidence. He says his opponents “might be better, but I’ll never believe it.”

He showed such trust in himself during his favorite Clarkston basketball moments — a putback buzzer-beater to win the district title against Pullman in 2018-19; a coast-to-coast layin to put away West Valley and take a commanding lead in the Great Northern League midway through last season; and when he spearheaded the underdog Bantams to their state title appearance after his teammates told him they had faith in his ability to do so.

“He has all the confidence and composure on the floor,” Jones said, “and off it, great humility.”