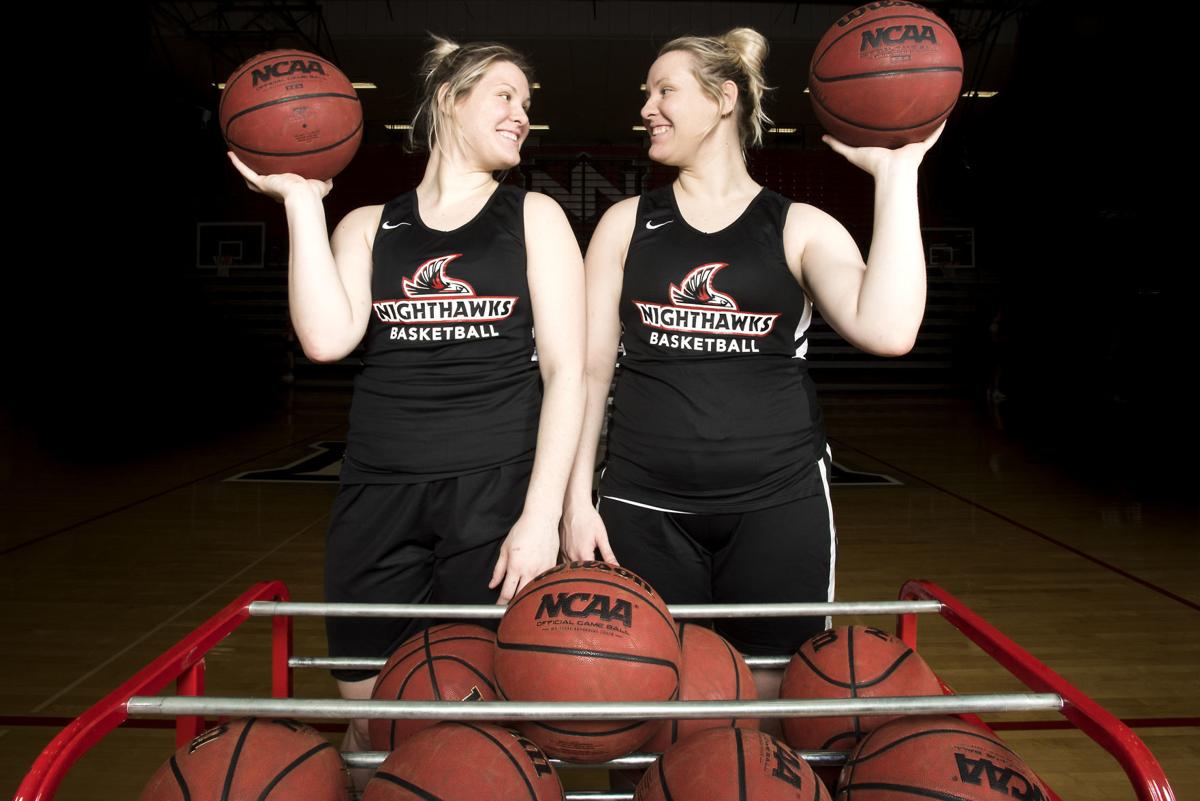 Northwest Nazarene forwards Danielle and Raquel Jardine look to help contribute to the team’s success at the NCAA Division II Tournament after landing a No. 2 seed in the West Region. 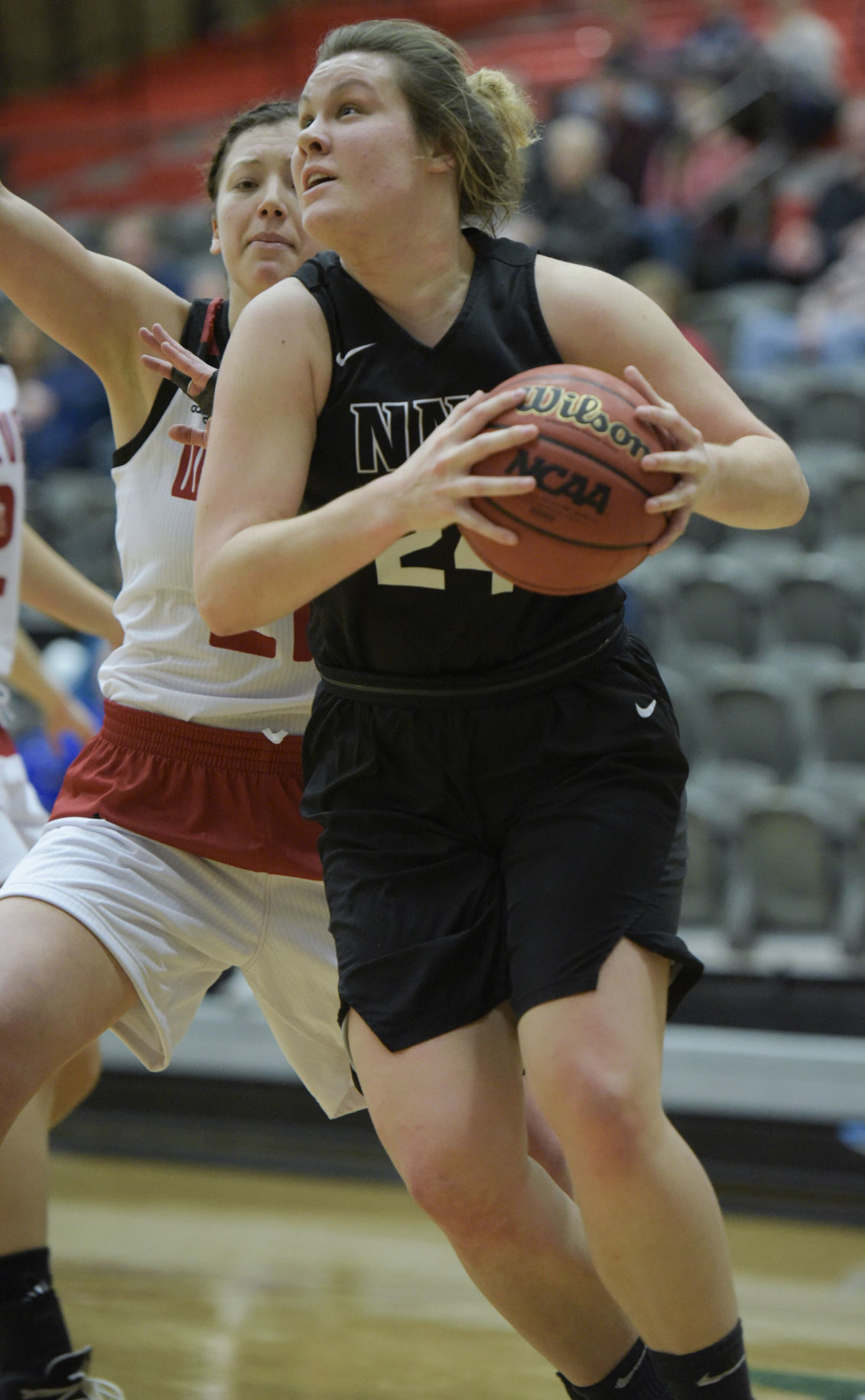 Northwest Nazarene forward Danielle Jardine (24) drives in the paint for a shot opportunity against Western Oregon on Dec. 30, 2017. 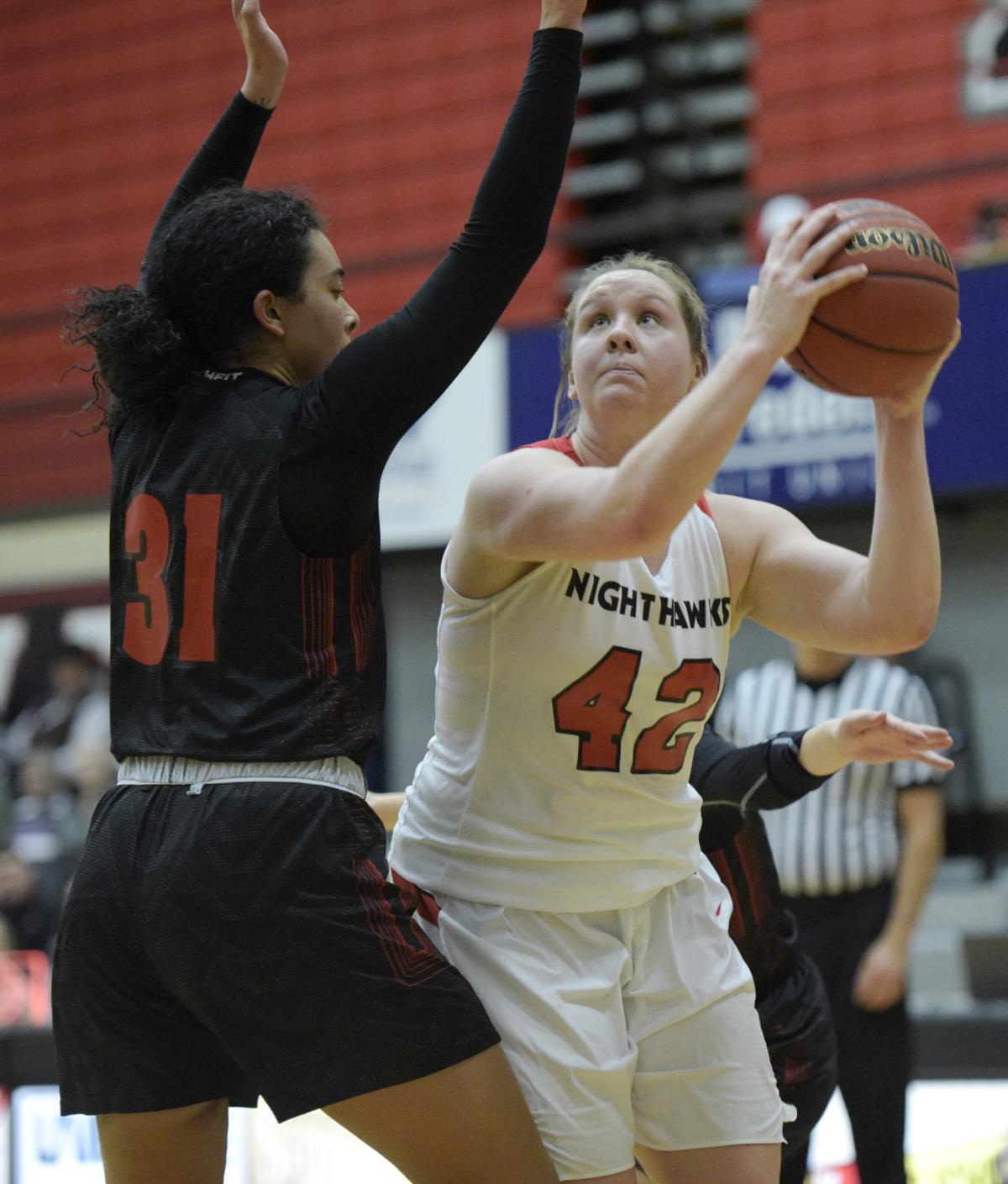 Northwest Nazarene forwards Danielle and Raquel Jardine look to help contribute to the team’s success at the NCAA Division II Tournament after landing a No. 2 seed in the West Region.

Northwest Nazarene forward Danielle Jardine (24) drives in the paint for a shot opportunity against Western Oregon on Dec. 30, 2017.

“One’s right handed, one’s left handed,” Steele said. “They both wear different jersey numbers. Raq is probably a little more comfortable on the perimeter than Dan. But they have a lot of similar positive qualities. I don’t want to give away too much, because we’re still playing and I don’t want teams to know what they do differently.”

Having opponents not being able to differentiate their playing styles is nothing new for the identical twin sisters. They are both listed at 5-foot-11 and have similar statistics. Danielle averages 8.6 points and 5.4 rebounds per game, while Raquel averages 7.9 points and 3.9 rebounds. Even refs have not been able to distinguish them at times.

While the Jardines were playing for Nampa High, there was an instance when Raquel received a technical foul meant for Danielle.

“They got a steal and Danielle fouled,” Raquel remembers about the game at Capital. “I’m right there and she’s having a heated argument with the ref. I’m literally just walking and I get to half court and they’re like ‘technical foul 42.’ I’m like ‘what, I didn’t even say anything.’ That made me foul out.”

There’s been countless instances that they have been able to laugh about throughout the years. Even Steele admits that when he was hired before their sophomore seasons, the way he was able to tell them apart was by hair styles. Raquel worse a head band, so she was known as ‘Raq-band.’ Danielle, who wore her hair in a bun, was known as ‘Dan-bun.’

They’ve been playing together since church ball, through club and high school basketball and now have spent the last four years playing for the Nighthawks.

But the Jardines’ run in basketball is nearing an end. Northwest Nazarene (28-2) opens play in the NCAA Division II West Regional today. The Nighthawks face Humboldt St. at 3:30 p.m. MDT in San Diego.

The NCAA Tournament will be their last time playing together.

“It’s always nice to have your very best friend that you’ve always had with you, especially to have her in the same sport,” Danielle said. “It’s nice to go through this journey together then go to the same university together to play college ball for four years. It’s been great, I wouldn’t want to spend it with anyone else than my sister.”

The Nighthawks have strategically used the Jardines this year, often subbing one in for the other when one of the sisters gets tired or in foul trouble. In the Nighthawks’ 83-78 win against Western Washington in the GNAC Tournament semifinals last Friday, Raquel had 13 points playing more minutes in the first half, while Danielle got the bulk of the minutes in the second half and scored 12 in the final 20 minutes.

“They’re so important to us that we always try to have one of them on the floor,” Steele said. “And then when we really get in trouble, we’ll put them both on the floor.”

The way they play, at times it can seem like they are mirror images of one another. Danielle is right handed, while Raquel is more dominant with her left hand. Even their jersey numbers are mirror images, with Danielle sporting 24 and Raquel wearing 42.

And while the numbers would have been a fantastic thing to do purposely as a joke, the Jardines say that it was all a coincidence.

“It didn’t hit me until two or three years ago, when someone pointed out to me we were opposite numbers,” Danielle said. “We didn’t do it on purpose, it was by accident. I didn’t notice until someone pointed it out and I was like ‘oh wow, that’s right.’”

What wasn’t a coincidence was the fact that they went to college together. Coming out of high school, they knew they wanted to be recruited as a package deal. They didn’t really consider Northwest Nazarene at first, wanting to explore an area outside the Treasure Valley.

But Northwest Nazarene assistant coach Elpidia Allen recruited both of them, and eventually won the twins over.

“Honestly, this was the greatest decision we ever made,” Raquel said. “I love the community here, I love how we have fans in Nampa that come to the games who have seen how we’ve grown from the high school game to now.”

While it’s hard to separate the Jardines on the court, it may be even harder to separate them off it. They room together and spend a lot of their free time outside the house together at the homes of other teammates.

They are both applying for physical therapy graduate programs and have even entertained the idea of someday opening a clinic together.

“We don’t really get tired of one another,” Danielle said. “Sometimes we get mad at each other, but five minutes later we’re done and it’s like ‘Raq, let’s watch something. Let’s do homework.’”

Their basketball careers may be coming to an end, but the Jardnies are thankful for everything they’ve been able to accomplish during their careers.

As juniors they helped the Nighthawks win the GNAC regular season title for the first time in program history. With Saturday’s 70-64 win against Alaska Anchorage, they claimed their first GNAC Tournament title.

Now they get to end their careers playing in the NCAA Tournament for a second time.

“It’s been amazing,” Raquel said. “Freshman year and sophomore year we weren’t too great. We had the potential, but not the character yet. Now we’ve developed so much, with all the new recruits coming in, all these players that we have. There’s so much love that it carries on to the love of the game.”