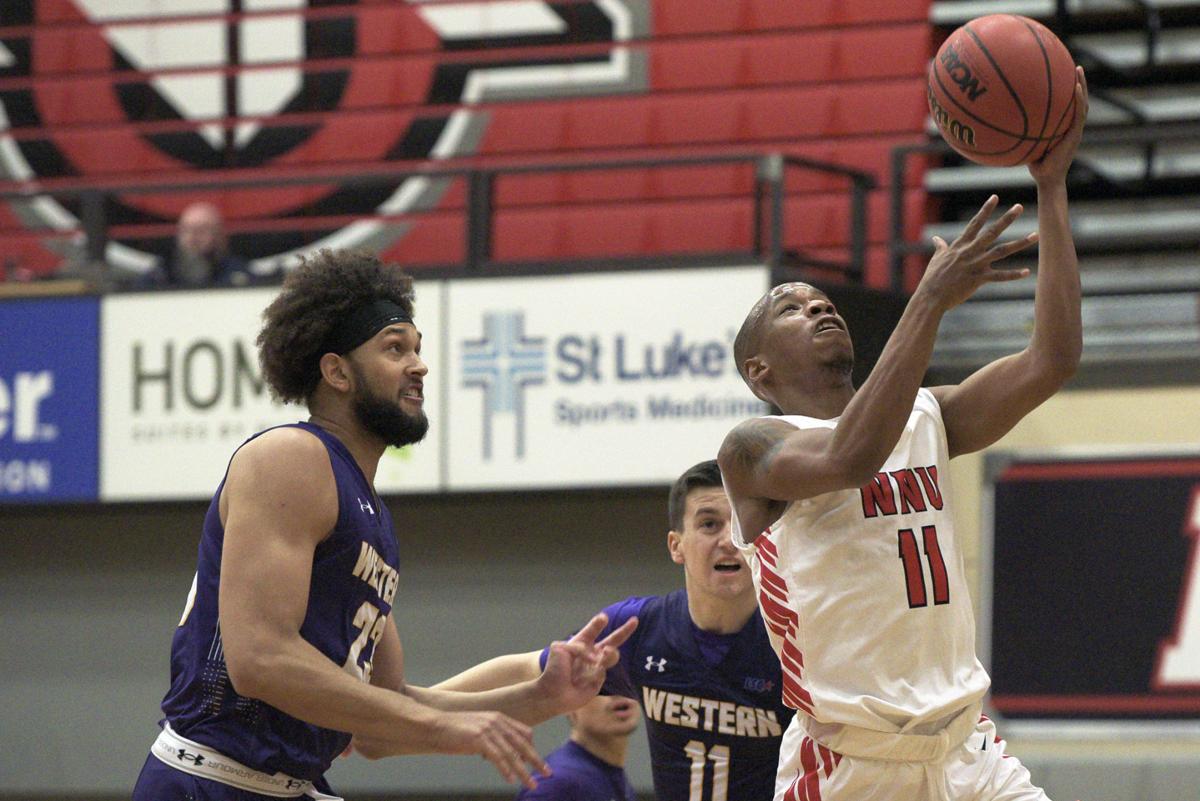 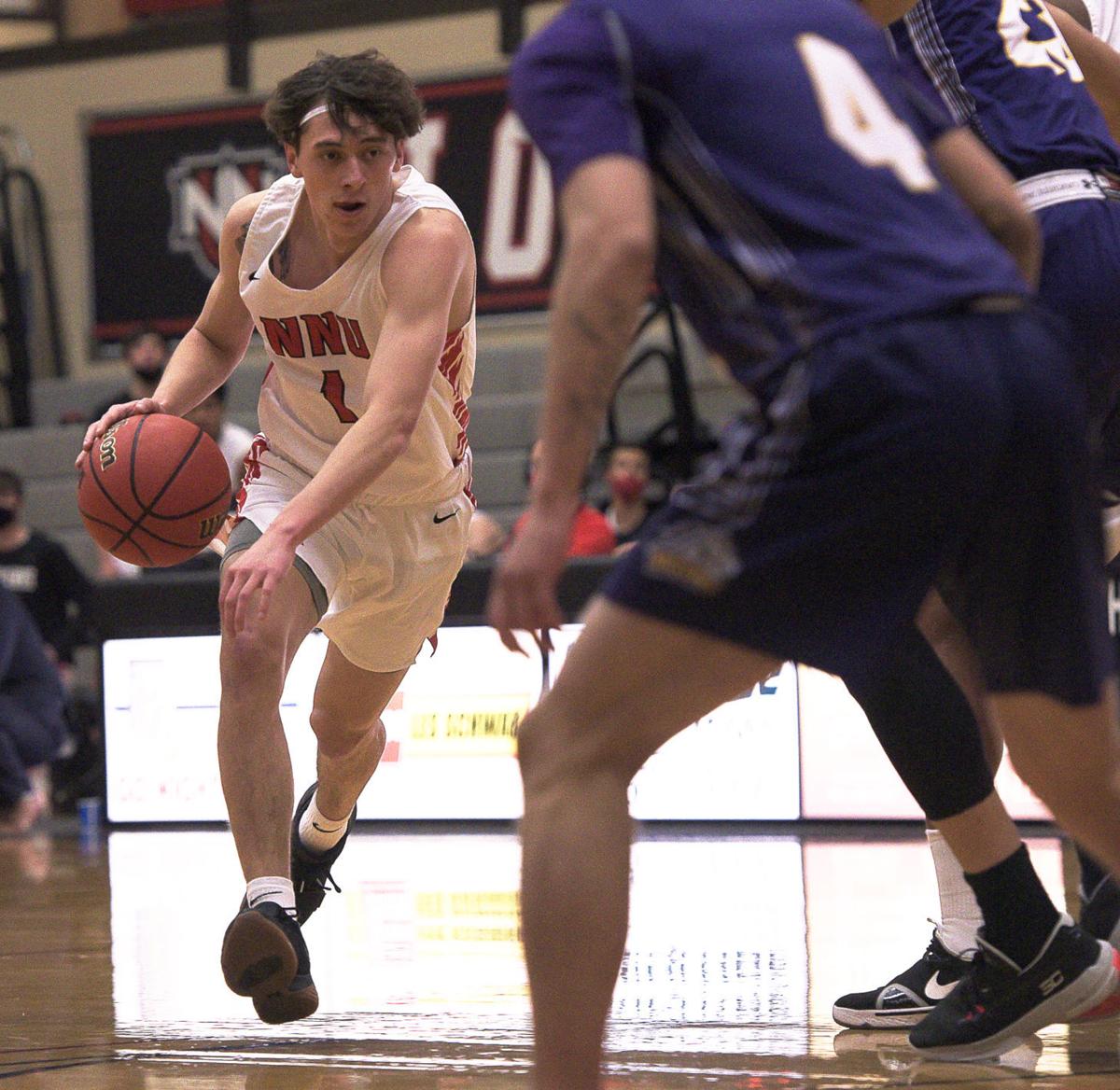 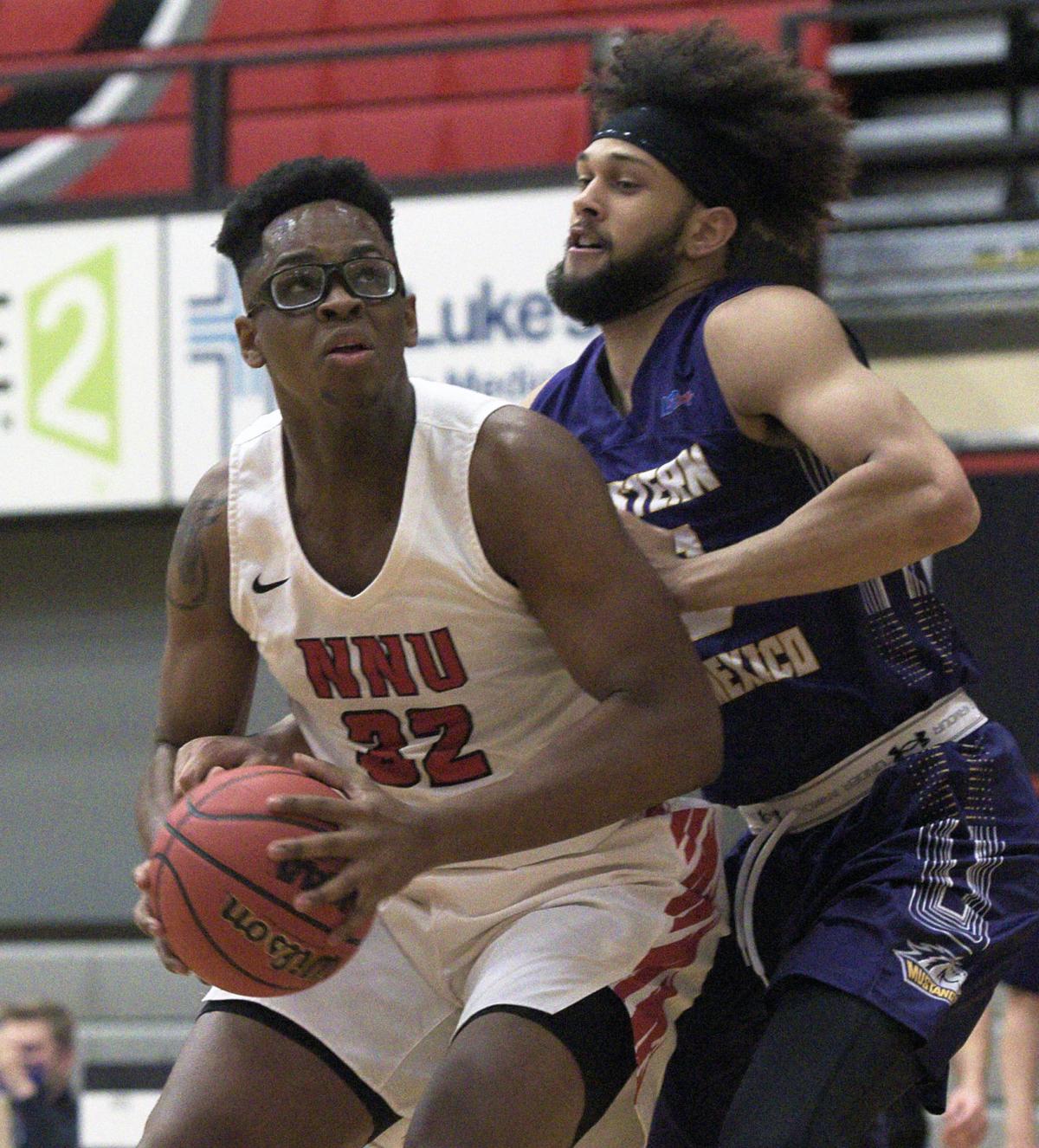 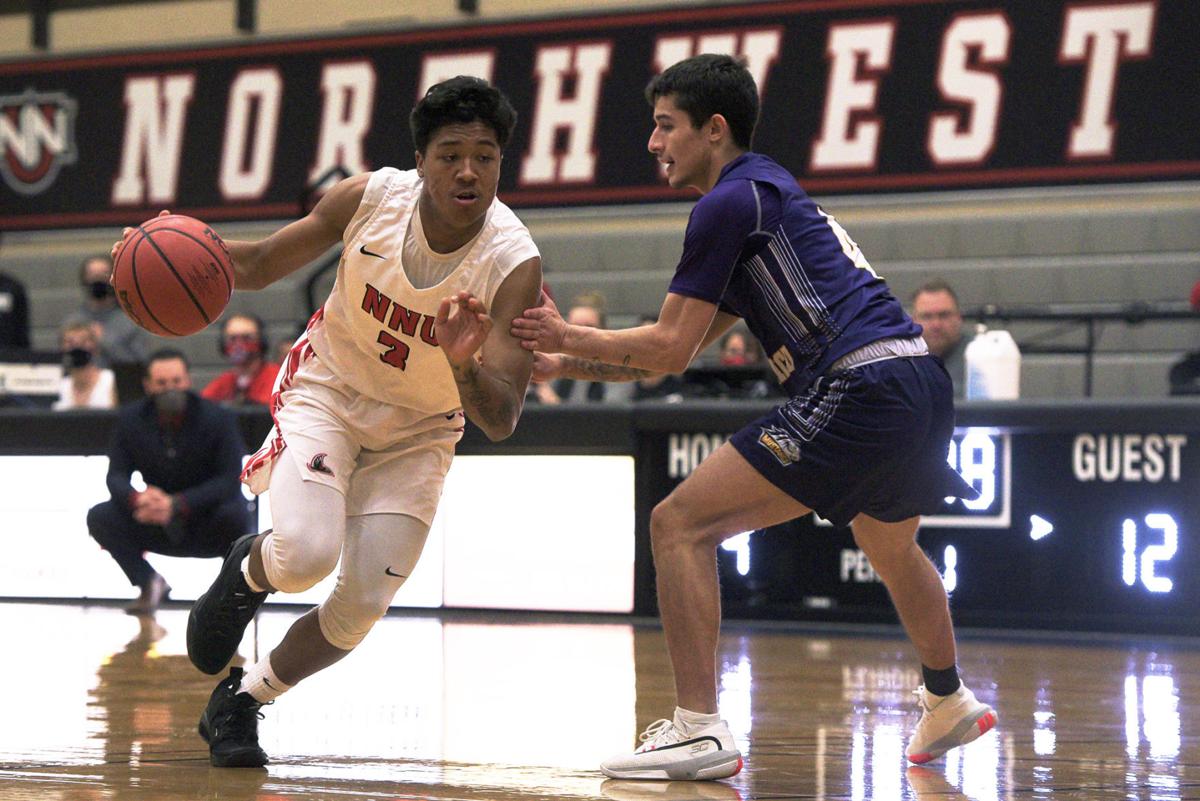 Northwest Nazarene point guard Tru Allen (3) drives the ball down the court against Western New Mexico on Thursday in Nampa.

Northwest Nazarene point guard Tru Allen (3) drives the ball down the court against Western New Mexico on Thursday in Nampa.

NAMPA — Nearly 11 months to the day since its last home game, the Northwest Nazarene men’s basketball team was back in action at Johnson Sports Center on Thursday.

The changes the world has gone through since the last game on Feb. 22, 2019, just weeks before the COVID-19 pandemic hit, were evident throughout the gym. Like most of the sports world, there were no fans in the stands. Coaches on the sideline wore face masks. And instead of a GNAC rival that would usually be playing the Nighthawks on a Thursday night in late January, it was a nonconference foe, Western New Mexico.

One thing that remained constant: A Nighthawks win.

Northwest Nazarene won its home opener, beating the Mustangs 68-59, holding off a Western New Mexico rally in the second half.

“It felt really good to be back home,” said senior Ezekiel Alley, who led the Nighthawks with 15 points. “It’s been a while and it’s too bad we didn’t have fans. We played a little rough, but we got the win, so it felt good.”

Northwest Nazarene (4-1) had its season delayed by the GNAC for two months in response to the coronavirus pandemic. The league had originally planned to play a conference-only schedule. But after eight of the 10 schools in the league opted out of the conference schedule, the league announced in December each team would retain the autonomy to schedule games independently, starting no earlier than Jan. 7.

The Nighthawks began practicing in late October, with no idea if a season would actually happen and a few “hiccups” along the way, according to coach Paul Rush. The season finally got underway last week in California, with Northwest Nazarene taking two of three games during the road trip before returning home for the win.

“We’ve got a really mature group,” said Rush. “I think this year has been hard for everybody. So, the way they handled adversity, kept themselves ready to play, then finally play games I think is showing in their performance. As we keep playing games, I think they’ll settle in a little bit more, but I think their maturity has really helped us get off to a good start.”

The maturity helped the Nighthawks withstand a furious run by the Mustangs (0-2), who brought a 20-point deficit down to just two in less than five minutes during a second-half run.

The Nighthawks jumped out to a 40-22 halftime lead and were able to extend that to 48-28 on a three-point play by George Reidy with just under 17 minutes to play.

But the turnover bug began to bite the Nighthawks, who lost the ball on back-to-back-to-back possessions, leading to three key Western New Mexico baskets during a 20-2 run. A 3-pointer by the Mustangs’ Amarion Cash cut Northwest Nazarene’s led to 50-48 with 12:19 left.

“I think the main thing was that the energy went down,” said Kobe Terashima, who finished with 10 points. “Honestly it all started on defense. A lot of our offense is getting rebounds and pushing it in transition. But on the defense, we could not get a stop. They kept getting boards and that hurt us in that way. But what stopped it was we didn’t want to lose a basketball game.”

The Nighthawks never allowed the Mustangs to tie the game or take the lead. After the teams traded baskets, Andrew Ferrin got a bucket for Northwest Nazarene then blocked a Mustang shot on the other end. Terashima hit a jumper on the other end to make it 56-50. Northwest Nazarene forced shot clock violations on consecutive Mustang possessions in the final minutes and converted to make it 64-54.

And after Western New Mexico cut the lead back down to five points, Alley went 4 for 4 from the free-throw line in the final 20 seconds to secure the victory.

“We’re just playing as a team,” Alley said. “We all care about each other, and when that happens, we all can eat and play together, get stops and get wins.”

Reidy finished with 11 points for Northwest Nazarene, while Ferrin had 10. In addition to the 10 points Terashima scored, the Montana State Billings transfer was all over the stat sheet in his first home game with Northwest Nazarene. The Rocky Mountain High graduate also had six rebounds and led the team with seven assists.

“He does so many things that don’t show up in the box score: His voice and his IQ for the game, getting guys in the right spot,” Rush said. “He fixes things for us defensively in a way that’s really special and he’s obviously a pretty special player offensively, too.”

The Nighthawks and Mustangs will meet again today and Saturday to wrap up the three-game series.