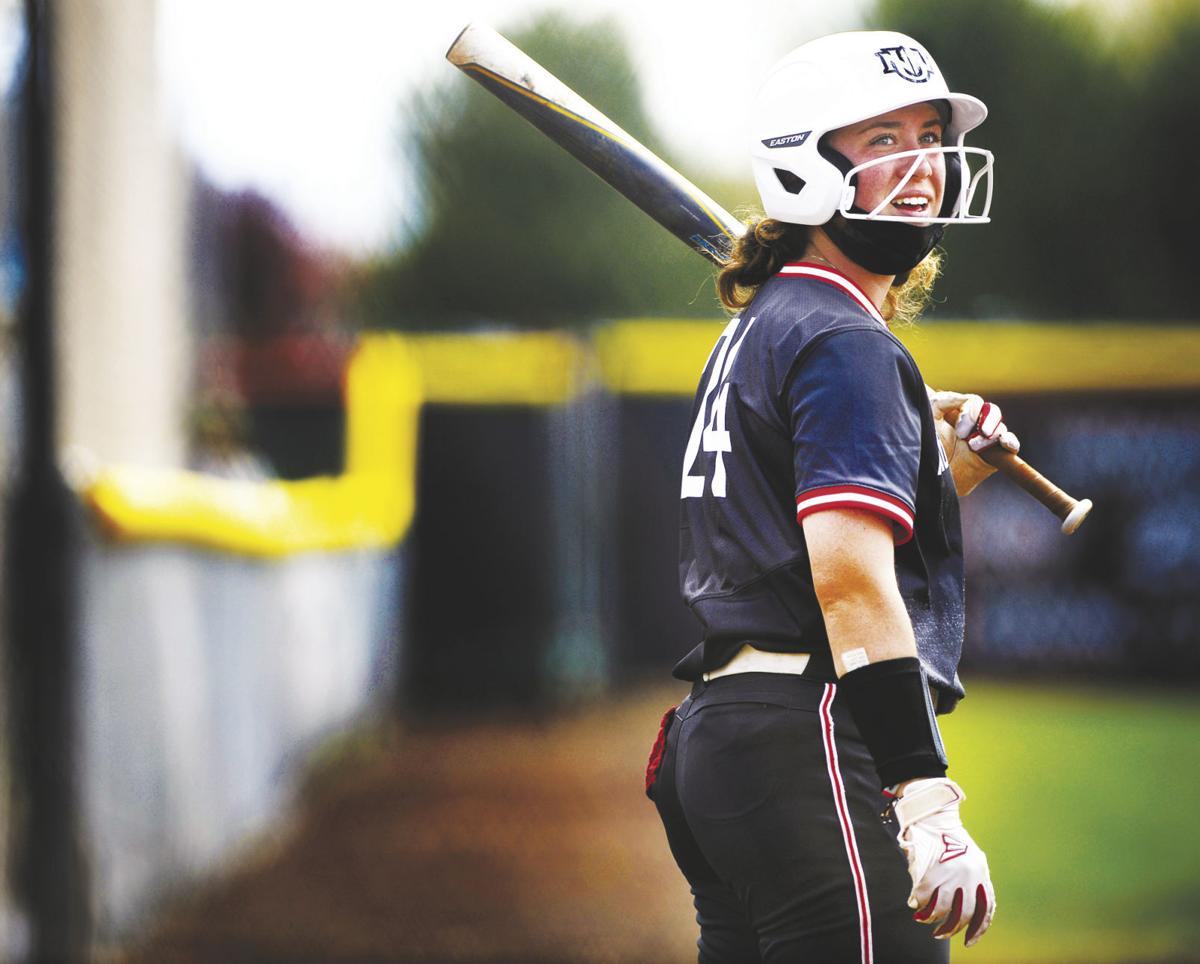 Northwest Nazarene's Sidney Booth (24) warms up on deck during a game against Western Washington last Saturday. 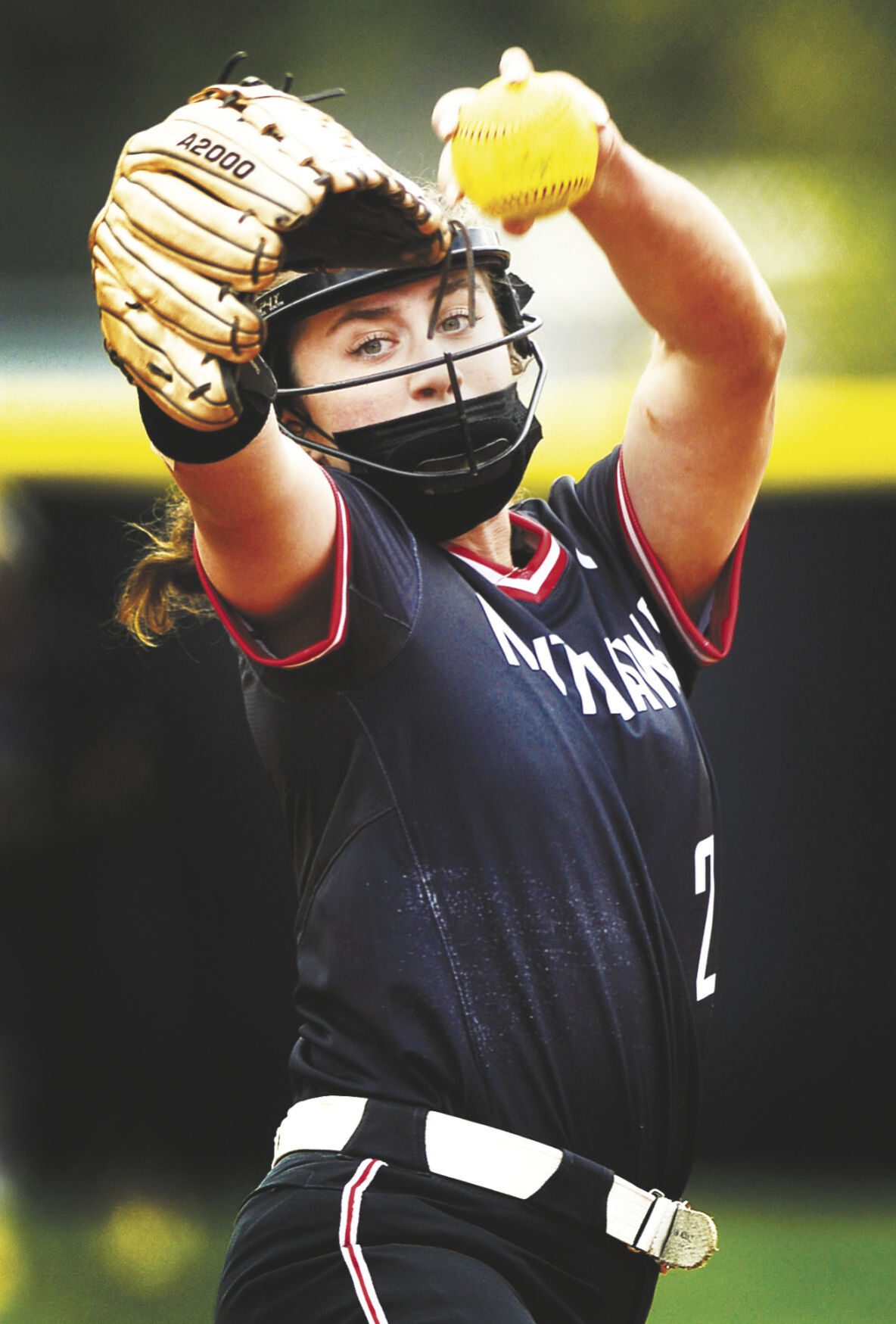 Northwest Nazarene pitcher Sidney Booth (24) winds up for a pitch during the game against Western Washington last Saturday. 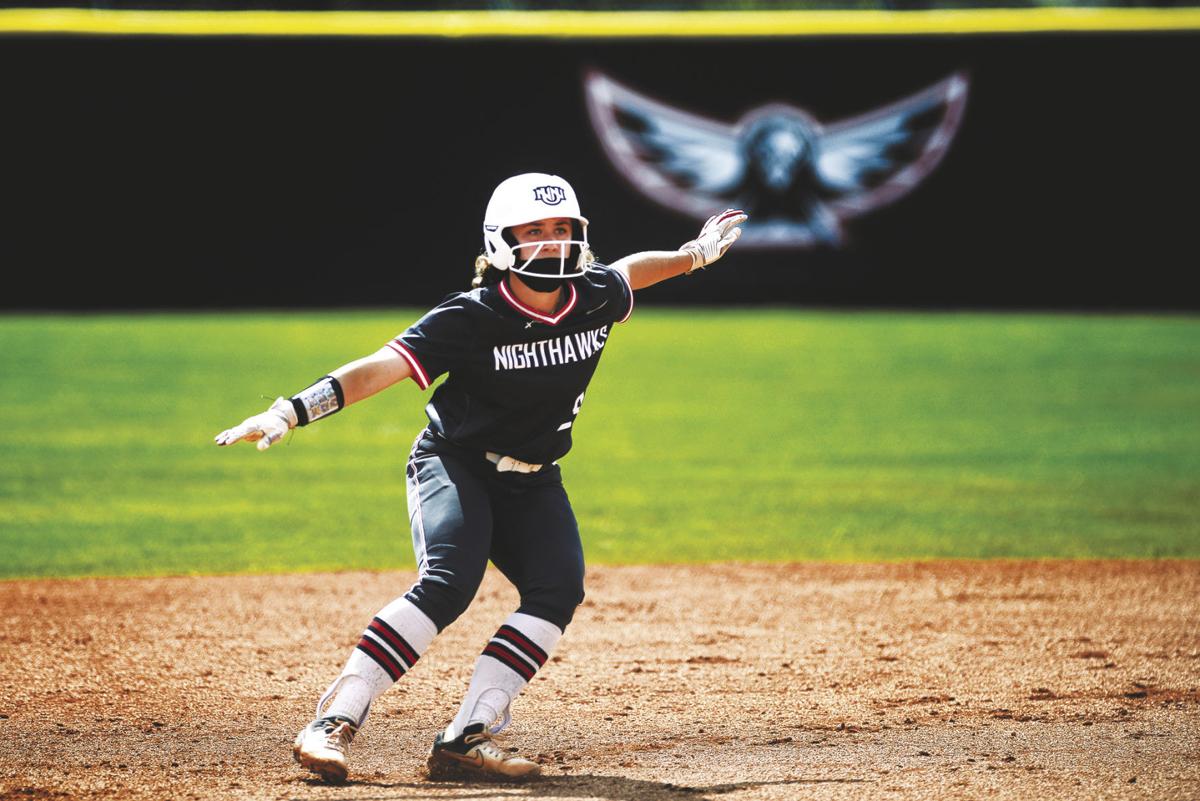 Northwest Nazarene's Sidney Booth (24) warms up on deck during a game against Western Washington last Saturday.

Northwest Nazarene pitcher Sidney Booth (24) winds up for a pitch during the game against Western Washington last Saturday.

Sidney Booth says she tries not to look at her stats after Northwest Nazarene softball games.

They still tend to find their way to her, usually via her father, Mark.

Booth said she can usually count on a postgame text message from her father letting her know how many strikeouts she had in the circle or how her stats at the plate are looking.

“He’s always done that, he’s always tracked my strikeouts and walks and stuff,” said Booth. “He’s just kind of doing what dads do.”

Booth has certainly given him a lot to text about this season, as the second-year freshman is coming up big for the Nighthawks not only as a pitcher but at the plate, as well. She leads the GNAC in wins with a 12-2 record and also heads up the league in strikeouts (127), ERA (1.59) and innings pitched per appearance (6.31). At the plate, she leads the league in slugging percentage (.765), total bases (75) and RBIs (38), while also ranking in the top-5 in batting average (.398) and home runs (9).

With Booth acting as their ace in the circle and batting out of the cleanup spot in the batting lineup, the Nighthawks (25-9, 8-4 GNAC) enter the final weekend of the regular season in first place in the GNAC.

Northwest Nazarene closes the regular season with four-game road series against Montana State-Billings, which begins at 1 p.m. today. The Nighthawks can clinch the conference title and the No. 1 seed in next week’s GNAC tournament by getting at least one more win against the last-place Yellowjackets than Central Washington gets in its four-game series this weekend against third-place Western Washington.

Central Washington entered Thursday with an opportunity to tie the Nighthawks for the GNAC lead with a doubleheader sweep of Western Oregon.

“We just need to stay within ourselves and have fun,” Booth said. “Every weekend is so much fun and when we try too hard, it doesn’t work out. So, we just need to play our game like we know how.”

Northwest Nazarene coach Rich Wagner said that the key for the Nighthawks this season has been not getting ahead of themselves. They’ve adopted the motto “pitch by pitch” for this season.

For a player like Booth, who Wagner refers to as “a perfectionist,” this approach to the game benefits her.

“It goes hand-in-hand because she does a great job of focusing on every single pitch she throws,” said Wagner. “That helps a lot when that’s the focus of your whole team, everybody out there, everybody in the dugout is focusing on each pitch. You’re the center of attention in the circle when your motto is ‘pitch by pitch’ and she reflects that really, really well.”

The Puyallup, Washington, native is in her second season at Northwest Nazarene after starting her career during last year’s COVID-19-shortened season. In 15 games during the 2020 season, she hit .368 with three home runs and had an 0-1 record in nine pitching appearances with a 5.12 ERA.

After the season was cancelled with the Nighthawks holding an 8-8 record, she returned to Washington and spent the remainder of the spring and summer pitching and hitting with catcher Brittany Genuardi, who is from nearby Spanaway.

“She was working out really hard and physically, she came back in really great shape,” said Wagner. “I know she hit quite a bit, and that’s a reflection of her success, offensively.”

In the circle, she wasted no time this season showing exactly what she could do. In the season opener she struck out 11 while allowing just two hits and one walk in a 6-0 win against Eastern Oregon. It's one of six complete-game shutouts she's had this season.

But it wasn’t until the third series of the season, when the Nighthawks swept Montana State-Billings in a nonconference series, that Booth said she realized just how special this season could be. In two pitching appearances that weekend, Booth allowed one run in 12 innings, earning the win in both games. At the plate she drove in six runs, including two on a home run.

“It was hard for a while, we would win three games and then couldn’t get the last one,” Booth said. “Once we finally did it (complete the sweep), it was like OK, we know how good we are. If we keep playing like that, we’ll be just fine.”

Pitching since she was five, Booth said that that’s a part of her game that has always been strong. Her hitting, she said, has been a bit more of a work in progress, but it’s come together well this season. In the No. 4 slot in the hitting lineup, she bats between Genuardi, who is batting .433, and Maia McNicoll, who leads the GNAC with 11 home runs.

Having two offensive threats batting on either side of her, coupled with the fact that she’s a lefty batting between two righties, means she gets more pitches that she is able to hit. Even getting used to that was a learning process.

“At the beginning of the year, she was trying to figure out her approach,” Wagner said. “She hits for a high average, so she was looking for certain pitches. I had to pull her aside. Brittany has 38 walks and she’s going to break the walk record in the GNAC, so I told her ‘Sid, you know they’re walking her to pitch to you, so more than likely they’re going to throw you a strike right away.’ She figured out really quick, probably about two or three weeks into the season, that she was going to see good pitches because of where she was hitting in the lineup. She really has taken advantage of that."