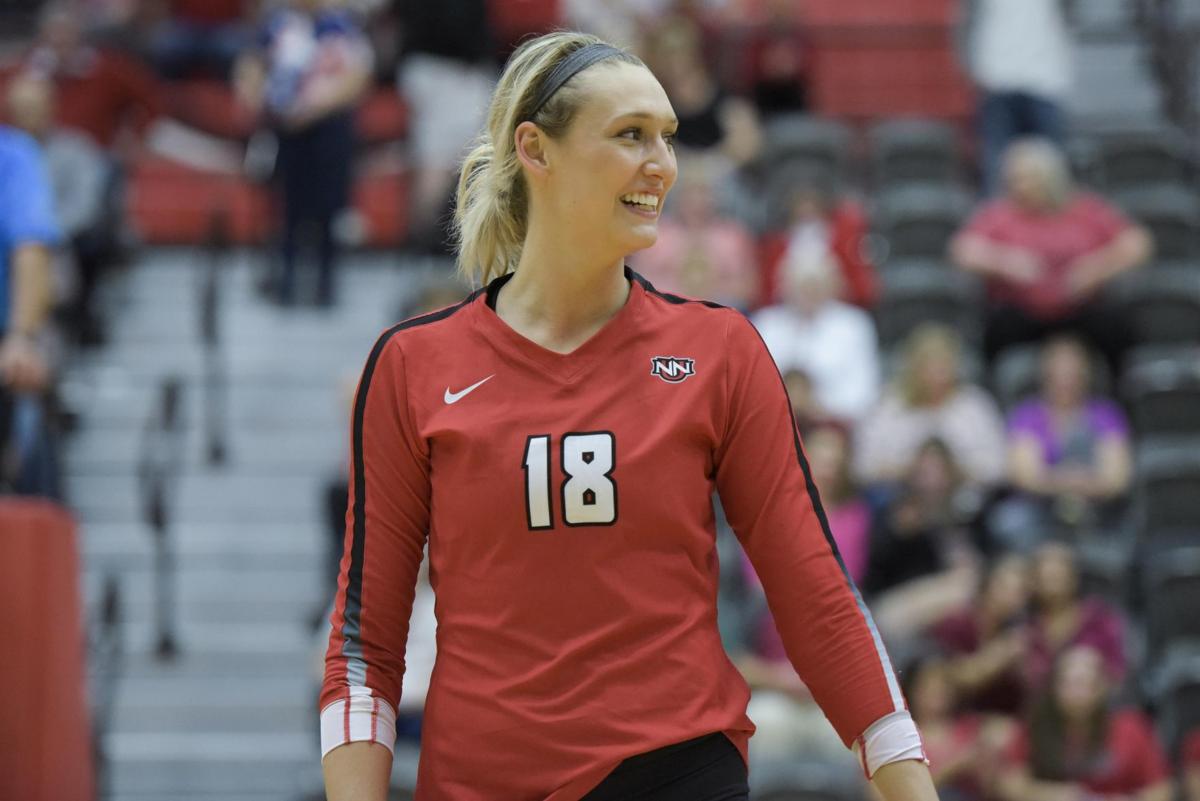 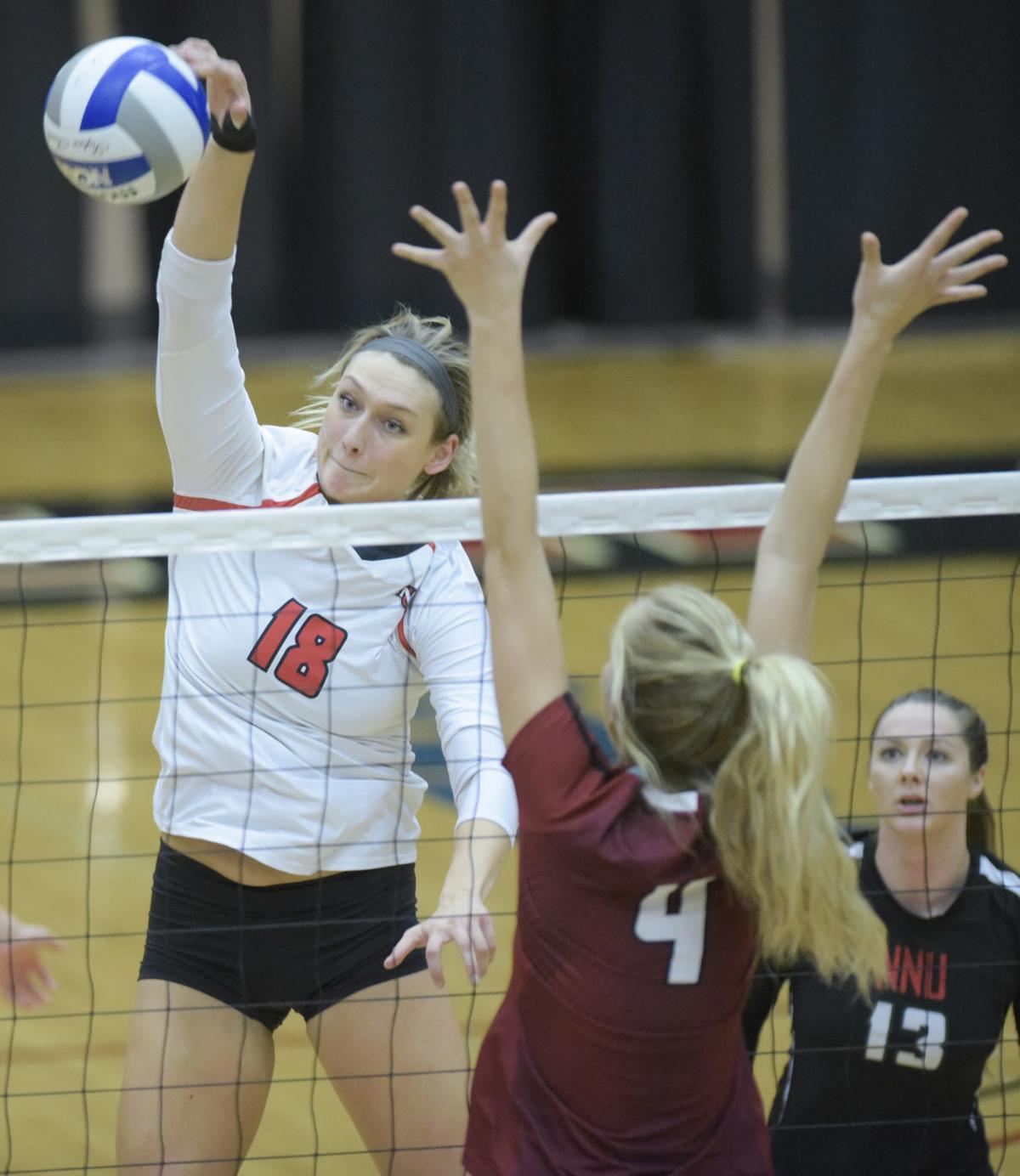 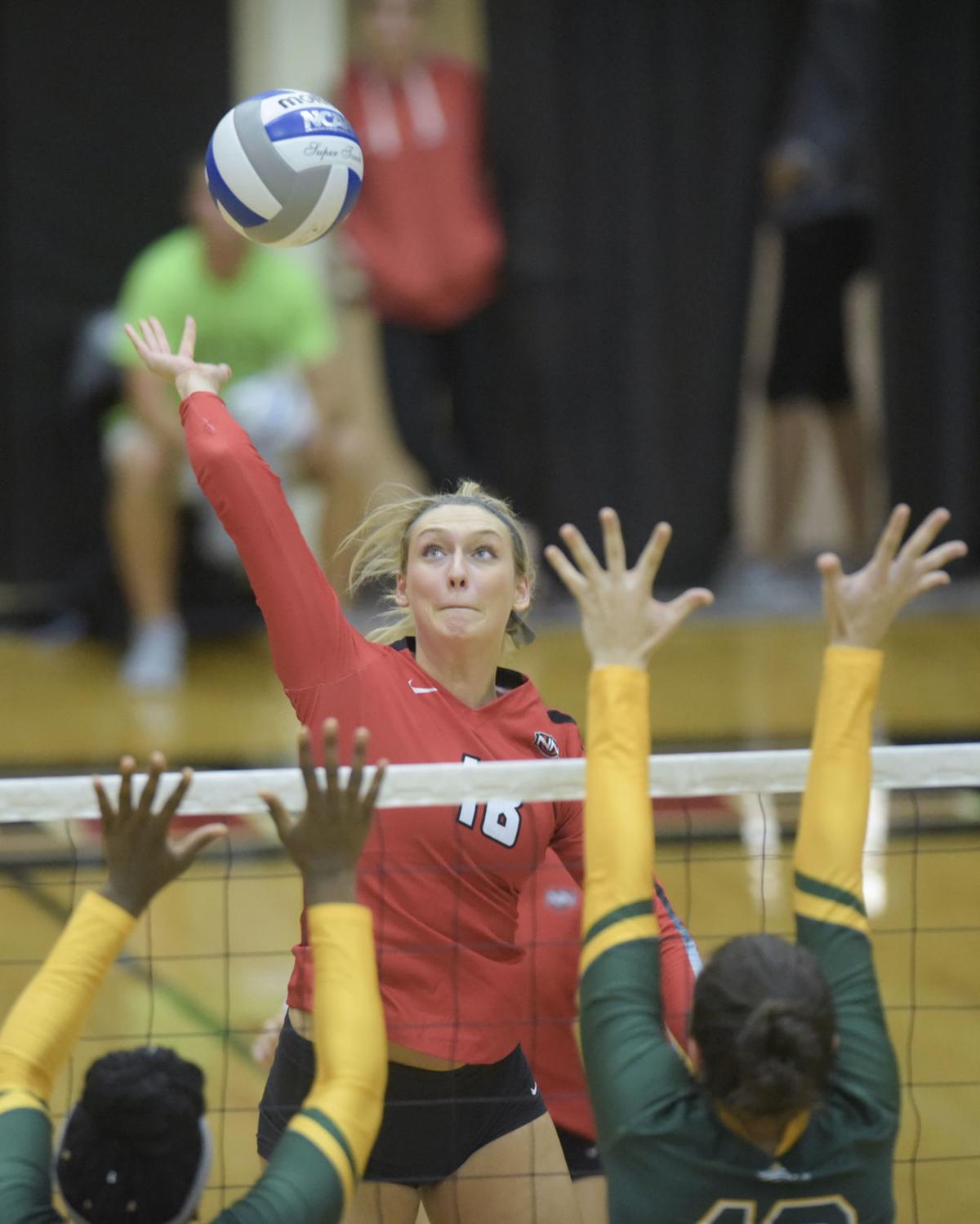 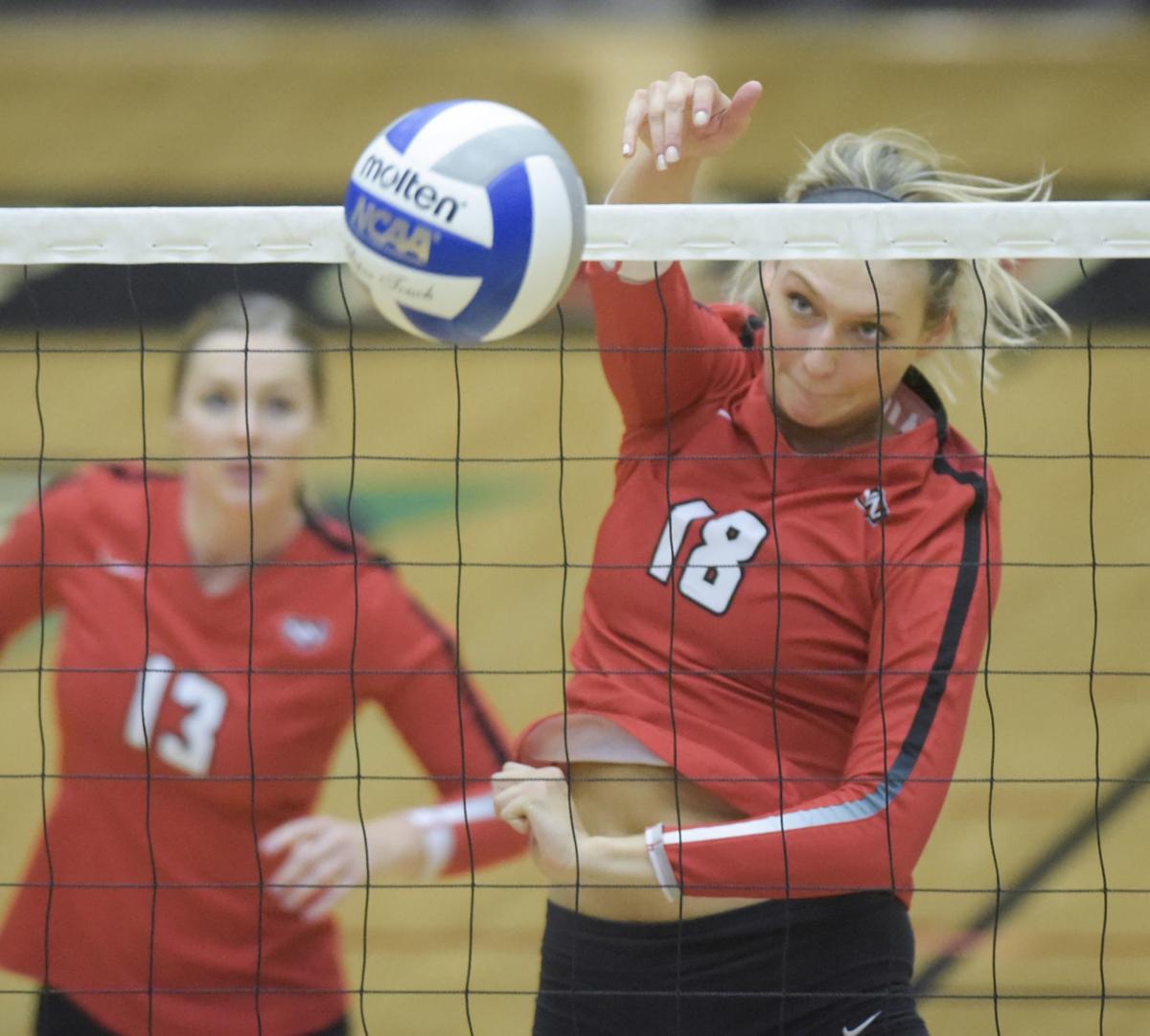 Madi Farrell never really envisioned herself as a volleyball player.

At 6 feet, 2 inches, basketball was always more of her thing. She had played it non-stop since she was 8. But it’s funny how life works out sometimes.

Now Farrell will become the first ex-NNU volleyball player to compete professionally in Europe. The middle blocker signed with the Ladies in Black, a professional team located in Aachen, Germany, in July and will head there at the end of this month.

All because of volleyball, not basketball.

“I definitely think she picked the right sport,” NNU volleyball coach Doug English said with a laugh. “But not a lot of people get this opportunity. This is really special for her, and for me as well.

“She is one of the best middles I’ve ever coached and I don’t know if we’re ever going to get a kid like her again, so she can play at any level and can be successful anywhere. Where she’s going in Germany, a lot of the Americans there are from Power 5 conferences. I think she always wondered if she could compete against those caliber of players, so it will be awesome to watch and see how she plays at that level in Germany.”

Farrell didn’t even start playing volleyball until her freshman year at Lake City High in Coeur d’Alene. She was only recruited for her height. But to the surprise of many, including herself, Farrell took right to it.

But it was only when she endured a bad knee injury that she got really serious about volleyball. Farrell blew out her left knee when she tore her ACL, MCL and meniscus after being hit from behind while going up for a rebound during summer basketball between her freshman and sophomore year.

She missed her entire sophomore seasons for volleyball and basketball.

However, Farrell said in a weird way, the setback was actually a blessing in disguise.

“It really opened up the door for volleyball for me. Before I kept going back and forth of whether I wanted to pursue volleyball or basketball in college,” Farrell said. “So when the injury happened, I viewed it as a sign. At that point, I was done with basketball.”

So Farrell returned for her junior year with a renewed focus and passion.

She earned All-Inland Empire League first-team honors during her final two years and led Lake City High to the state tournament as a senior. Those results, along with that 6-foot-2 frame of hers, attracted many programs from around the country, including several Division I schools.

While schools like the University of Portland and her dream school of Colorado State showed significant interest in her, Farrell turned them all down. She signed with the much smaller and lesser known Northwest Nazarene University instead.

It was the same school she balked at going to a year earlier.

“I remember saying to my mom: ‘I’m not going there. I don’t want to go to NNU’ when she told me they had contacted me about going,” Farrell laughed. “But things changed pretty quickly. If I’m being honest, the coaches and the girls at those bigger programs just didn’t give off a good vibe and it wasn’t an atmosphere that I would feel comfortable in. But Doug (English) made me feel like I wasn’t going to be put off. I would matter at NNU.”

Farrell ended up mattering in more ways than one.

After sitting out the first game of her freshman year, an exhibition against the College of Idaho, Farrell played in every game for the rest of that season.

The following year Farrell was inserted into the starting lineup on a permanent basis and the rest was history. She finished her Nighthawk career as a three-time All-American and a four-time All-Great Northwest Athletic Conference selection.

“Madi helped our program be what it was and what it is today,” NNU senior libero Shayli Siegfreid said. “She was a great teammate, which meant a lot because despite all of her achievements, she never stopped being humble and trying to improve. She was the kind of player that made those around her better.”

Farrell, though, didn’t want to hang it up just yet.

Following her record-setting season last fall, she looked into the possibility of playing professionally. After a long eighth-month process in which she hired an agent in the Netherlands who spoke with many professional teams overseas, the Ladies in Black offered Farrell a one-year deal.

“It was a big relief,” Farrell said. “You create this picture and idea in your mind about how it’s supposed to go. I had to be very patient throughout this whole process. I had to trust that it was going to follow through because I had doubts that it was actually going to happen. But now that it’s a reality, I couldn’t of asked for a better opportunity. This is something I have been wanting to do for a while.”

But even with the once-in-the-lifetime opportunity, Farrell will have to battle just to see playing time. The Ladies in Black are part of the Bundesliga League. It’s considered the top professional volleyball league in Germany. The Ladies in Black were 12-8 and finished fifth last season.

The other two middle blockers on the roster are a German national team member and a four-year professional player. So between now and September when the seasons starts, Farrell will have to prove herself all over again.

But it’s a challenge Farrell is looking forward to when she departs for Germany on Aug. 25. And it’s something the 22 year old wouldn’t have received had she decided to dribble a ball instead.

“I’m still trying to wrap my head around it. I never thought something like this would ever happen when I first started playing,” Farrell said. “I’m anxious to get there. I know I’ll have to push myself in different ways, but I’m excited to learn and grown from it. I don’t think I’ve actually reached my full potential with volleyball yet.”