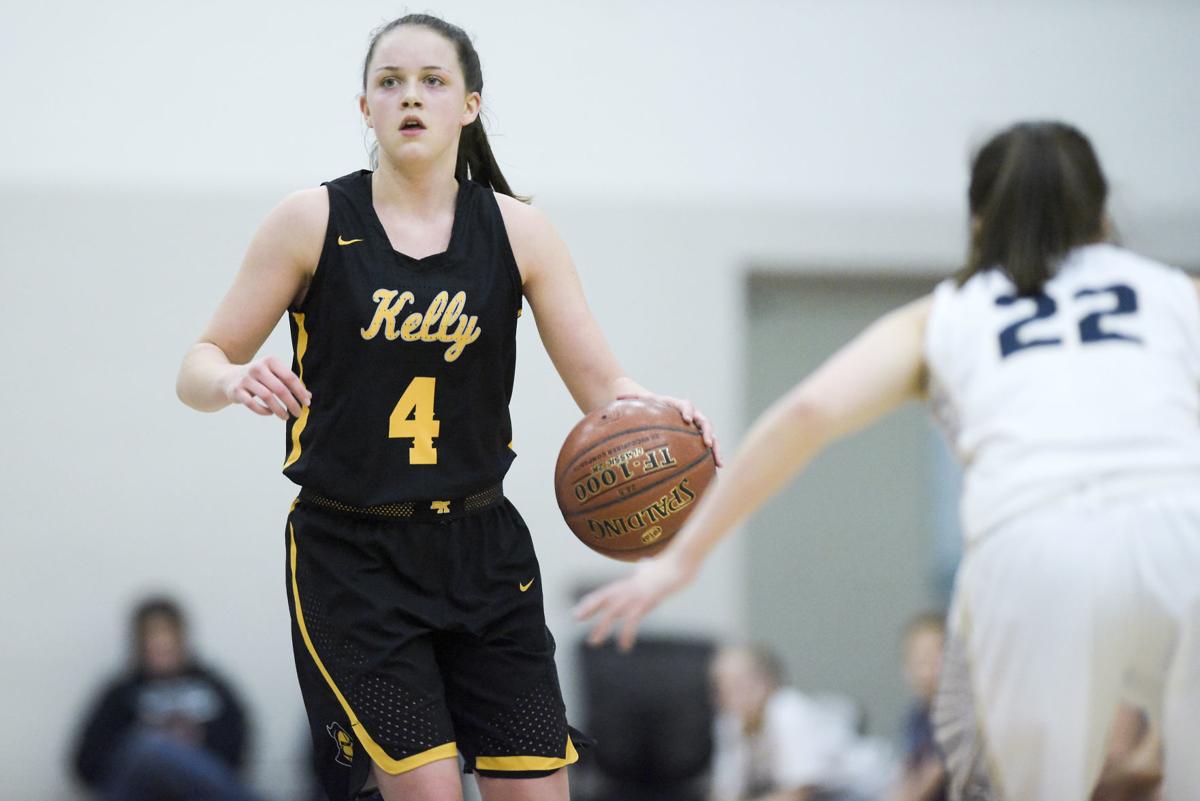 Former Bishop Kelly guard Lydia Nieto (4) sets up the next offensive drive during a game against Middleton on Feb. 10, 2018. 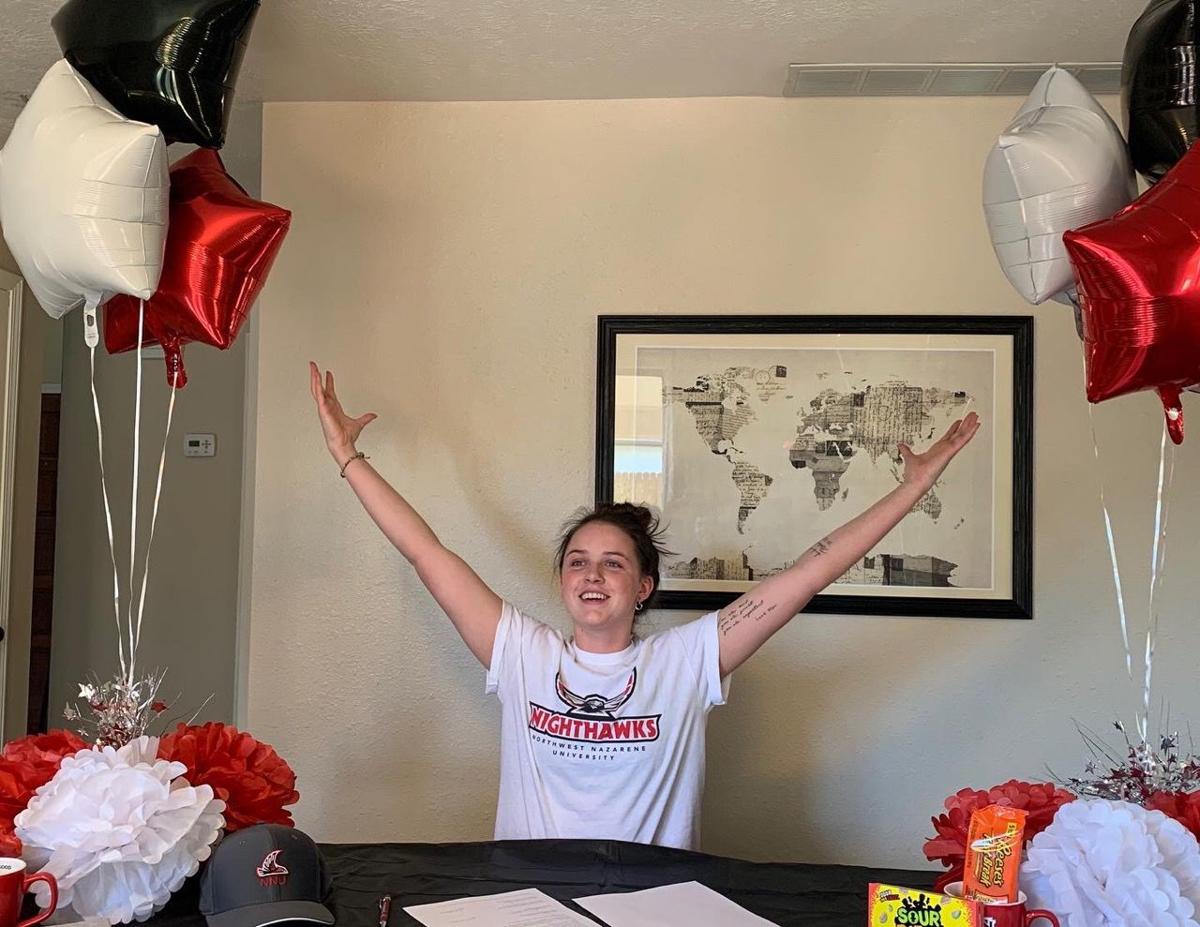 Former Bishop Kelly guard Lydia Nieto (4) sets up the next offensive drive during a game against Middleton on Feb. 10, 2018.

‘Then and Now’ is a series that focuses on former Treasure Valley high school athletes and where they’re at now.

BOISE — Lydia Nieto was the talk of the college basketball world about this time last year.

It landed her on the cover of the Los Angeles Time as the subject of renowned journalist Bill Plaschke’s column. Plaschke is a seven-time Associated Press national sports columnist of the year winner and a frequent guest of ESPN’s popular show “Around the Horn.”

Less than nine months later, her love of the game was almost gone. A love that the soon-to-be junior guard hopes to fully rekindle as the newest member of the Northwest Nazarene University basketball team.

Bishop Kelly reached the state title game in her first year on varsity as a sophomore in 2016. She got the Knights back to the state title again along with being both the 4A Southern Idaho Conference and state Player of the Year the following season.

Nieto was named the Player of the Year again as a senior. She was a three-time All-SIC and All-State player in total. The Knights went 60-21 (74%), won two District III championships, a SIC title and a pair of runner-up state trophies during her tenure. She may have won a state title had an injury not robbed her of the chance senior year.

Nieto rolled her right ankle just moments into a first-round game against Preston. She didn’t play another minute at state. The Knights fell to eventual champion Burley 34-23 in the semis.

“It destroyed me not being able to be out there,” Nieto said. “But I honestly don’t have any regrets. I enjoyed every moment of my time at Bishop Kelly, especially with my teammates throughout the years. I absolutely love every one of those girls and I consider them friends.”

Nieto landed at Azusa Pacific (California) after stumbling upon an email that was already nearly a month old at the time. Luckily, the program still wanted her.

Things didn’t exactly get off to a great start, though.

Nieto got homesick, suffered a concussion and was benched midway through the season. However, it was all worth it by the end.

The Cougars trailed Alaska Anchorage 63-62 with 3.2 seconds left in the NCAA Division II West Regional Finals on March 18, 2019. The plan was for Nieto to take the inbounds pass and dish the ball off to either Daylee Hanson for a layup or twin sister Savanna for a jumper.

But neither was open, and the bench, which was directly behind her, shouted, “Shoot It! Shoot It. You’ve got to shoot it!”

So Nieto threw up a 30-foot step-back shot on one foot and watched it fly while backtracking down the sideline.

The Hail Mary heave swished through the bottom of the net to send Azusa Pacific to the Elite 8 for the first time in program history.

Nieto was at the bottom of a dog pile moments later.

“The homesickness, the benching, that shot made everything worth it,” Nieto said. “That’s always been a dream of mine to make a game-winning shot in a huge game. Like who doesn’t have that dream? I just cannot believe that it was me. It was the best feeling I’ve ever experienced.”

Nieto was the talk of the school too.

She was routinely stopped and asked, “Hey, aren’t you the one who made that shot?”

She received high-fives from almost every person going to and from class.

She got a round of applause in each one of her classes much to her embarrassment.

And had a sit-down interview with Azusa Pacific President Paul Ferguson in front of nearly the entire 10,000-plus student body.

But it all came quickly crashing down.

It was April 20, 2019. Nieto was celebrating the season by touring Hollywood museums with her teammates when her phone rang. It was her father. She almost didn’t answer.

Her cousin, Reece Hadlock, a beloved player for the Vallivue boys basketball team, suddenly died. They had grown up and played together.

“It broke my heart,” Nieto said. “He was just a beaming light. He was always so happy and cracking jokes. He was always the first one to come into the house and give everybody a hug and say hello. He just made everybody so happy.”

Nieto tried to put on a brave face upon returning to Azusa Pacific this past season.

However, the loss was too much to bear. So when her minutes started going down early on, Nieto decided it was time for a change. She informed head coach T.J. Hardeman of her intention to enter the transfer portal pool in an effort to be closer to home following the game against Point Loma on Dec. 21, 2019.

She only played in six other games afterwards with no more than nine minutes.

“When her game was kind of taken from her, it did not stop her from being a supportive teammate. I mean most players would have just walked away,” March said. “She still came to practice every day, and not only came to practice, but she gave full effort on the court. I’ve never seen a player not able to do their thing and still encourage the team that they’re a part of like she did.”

Yet, by the middle of February, her love of the game was basically gone.

She didn’t want to play anymore.

“My confidence was completely shot,” Nieto said. “I didn’t feel like a basketball player anymore.”

But a few weeks later, another phone call changed everything. This time for the better.

On April 16, the Nighthawks announced her signing.

“Everything that he said just seemed to fit my personality and my knack for basketball to a T,” Nieto said. “It just seemed unreal. It just seemed perfect. And I think that’s when it clicked for me that basketball wasn’t done with me yet.”

Nieto may never hit another game winner in a high-profile game or be featured in another national newspaper.

And that’s perfectly OK with her.

She never needed all of that extra stuff. Just her love of the game.

“Ball is life,” Nieto said. “It’s what makes me happy. And even though there are times when I’m very frustrated with the sport, there’s nothing like it. Practicing, playing, making a game-winning shot, hitting a 3-pointer, making a reverse layup, there’s no way to describe it. It’s just the best feeling in the world.”