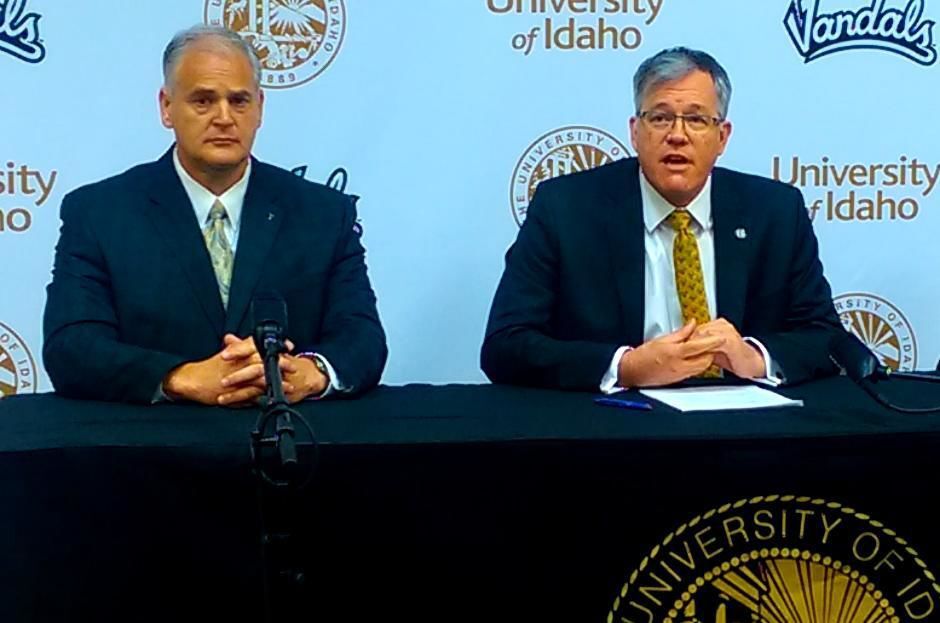 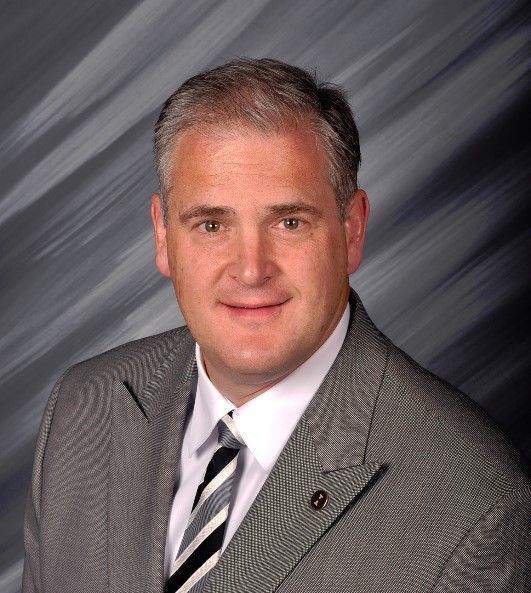 Former University of Idaho athletic director Rob Spear alleges in a lawsuit that Chuck Staben, the school’s president from 2014-19, launched a “smear campaign” that ultimately led to Spear’s termination.

According to court documents, Spear alleges Staben retaliated against him because he had voiced concerns to several people about derogatory remarks Staben was said to have made toward women, and the unreasonable budget parameters Staben purportedly placed on the athletic department, advocating cuts to Idaho’s women’s sports programs.

Idaho, after denying the majority of claims — other than known facts — settled with Spear on an offer of judgment in April for $94,756.57, plus attorney fees.

Spear, now employed with the Idaho Falls Auditorium District, alleged in court files that Idaho violated his employment agreement by failing to pay out his contract properly, and the school hadn’t protected him from being “wrongfully” terminated.

Idaho spokeswoman Jodi Walker said the offer of judgment admits no wrongdoing, and it would be fair to say the settlement was for convenience on the school’s part, considering Idaho has since moved on to a new president and athletic director.

The case involving Spear and Staben, who remains a tenured faculty member on an annual contract at the school of biology, appears to be ongoing. Staben and his attorney, Bentley G. Stromberg, of Lewiston, filed an answer against Spear’s complaint on Aug. 14, denying the accusations against Staben. Spear is represented by Kelly Konkright, of Spokane.

Spear and Staben each declined to comment. The Lewiston Tribune attempted to reach their attorneys, but did not hear back.

The new budget parameters Staben allegedly advocated for “would require Dr. Spear to make cuts to (Idaho’s) women’s sports programs that would result in violation of Title IX of the Education Amendments of 1972,” reads the suit, which adds that the cuts could have jeopardized Idaho’s Division I status.

According to one of the court documents, the alleged proposed cuts would have so severely jeopardized Idaho’s ability to meet Title IX standards, that Senior Woman Administrator Jessica Atkins — the person in charge of monitoring Title IX compliance — “communicated her resignation to (Staben) during a December 6, 2017, budget meeting attended by” Staben, Spear and other Idaho officials.

Around the same time, “during the course of 2017 and early 2018,” the court document reads, Staben allegedly engaged in conduct that was offensive and in violation of the laws against gender discrimination.

Spear, in the suit, names three instances of the latter, alleging Staben called a female member of the Idaho State Board of Education “f— clueless,” a female staffer at Idaho a “nasty b—” and a female student in the marching band a “Bach hoe.” Comments were supposedly made during meetings with Staben’s cabinet, as well as in a session with representatives from the Idaho Central Credit Union.

“In other words,” the court document states, “female University employees were subjected to Defendant Staben — the ultimate decision-maker regarding their employment — referring to women in extremely derogatory, offensive and hostile terms.”

According to the court documents, Spear said he expressed his concerns to three Idaho State Board of Education members in October-November 2017, indicating he feared Staben’s “vulgarity in President Cabinet meetings, specifically in the presence of females, may result in a female filing a hostile work environment claim.” Spear allegedly told the state board members, including Executive Director Matt Freeman, he was worried Staben might retaliate.

In January 2018, according to the court documents, Spear told a Idaho Title IX officer about the issues, but said no one from the university responded to the complaint. The suit alleges Staben became aware of the complaints and launched “a campaign of retaliation against Dr. Spear.”

The court documents go on to list alleged events that led up to Spear’s termination by the State Board of Education on Aug. 16, 2018.

In February 2018, Spear said Staben denied his market-based salary increase, despite being eligible and receiving a positive performance evaluation the previous year, according to the court files.

On April 3, 2018, Spear was placed on administrative leave, pending an investigation into an allegation of a 2013 sexual assault, brought by former Idaho diver Mairin Jameson against a former football player.

On April 10, 2018, Staben — speaking about the school’s athletics budget — told reporters he “didn’t realize the athletic department at large wasn’t aware of the budget dilemma.” Spear alleges in the court documents that Staben instructed him by email in November 2017 to not communicate proposed budget changes or other budget matters to the department.

In either April or May of 2018, Idaho authorized an independent investigation into the sexual assault accusation. In mid-May, according to the court documents, Staben sent emails to the state board “containing several false statements about Dr. Spear,” including that he was “deficient in raising funds.” Spear’s suit argues he was tabbed an effective fundraiser in his performance evaluation.

About 10 days later, Spear’s leave was made indefinite. On May 29, Staben told media members Spear didn’t follow Idaho policy in 2013 — that he didn’t report the allegation to Idaho’s Title IX officer, “falsely insinuating that Dr. Spear was solely responsible for how (Idaho) responded to the 2013 sexual assault complaint.”

Spear, in the court file, alleges Staben omitted the following: Spear immediately reported the allegation to the President’s Office then; at least two other staffers were aware of the situation, but didn’t report it; Title IX originally applied only to on-campus incidents, and the policy was confusing, lacked sufficient training, and employees were generally unaware of revisions made to it in 2012.

“Withholding such facts created the defamatory impression that Dr. Spear — not (Idaho) — was primarily responsible for the revised policy not being adhered to in connection with the 2013 incident,” the suit reads.

In mid-July 2018, Staben asked to meet privately with the state board regarding Spear’s employment, according to the suit. Staben confirmed he gave input in early August, the court document said.

In late July, the independent investigation was released. It concluded the policy was confusing and not adequately communicated and criticized Idaho and Spear, but noted vast improvements to the policy since 2013, as well as other actions Spear took — encouraging Jameson to press charges, providing access to counseling, ensuring proper Title IX training for staff members and removing the football player.

In the court document, it’s purported that Staben again told the media afterward that Spear didn’t follow policy or support the victim. Two weeks later, Spear was removed “ ‘for convenience’ based on (Staben’s) false and misleading statements regarding Dr. Spear,” according to the court document.

Spear alleges Staben used his position of power to remove him for engaging in protected activity, like whistle-blowing, and that Spear lost wages and his reputation was maligned.

Staben’s defense, in the documents, states Spear failed to meet a number of legal tenets, and that the plaintiff’s claims are baseless. As such, Staben is requesting his attorney fees be paid.