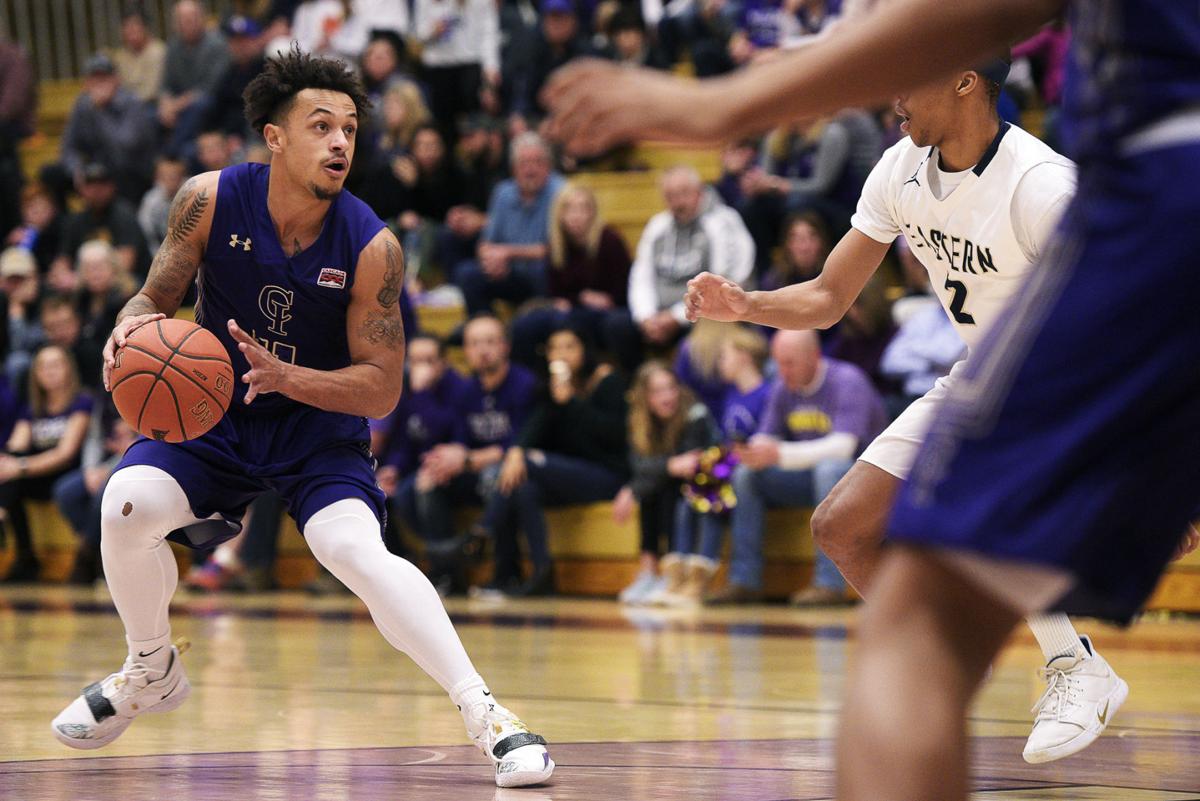 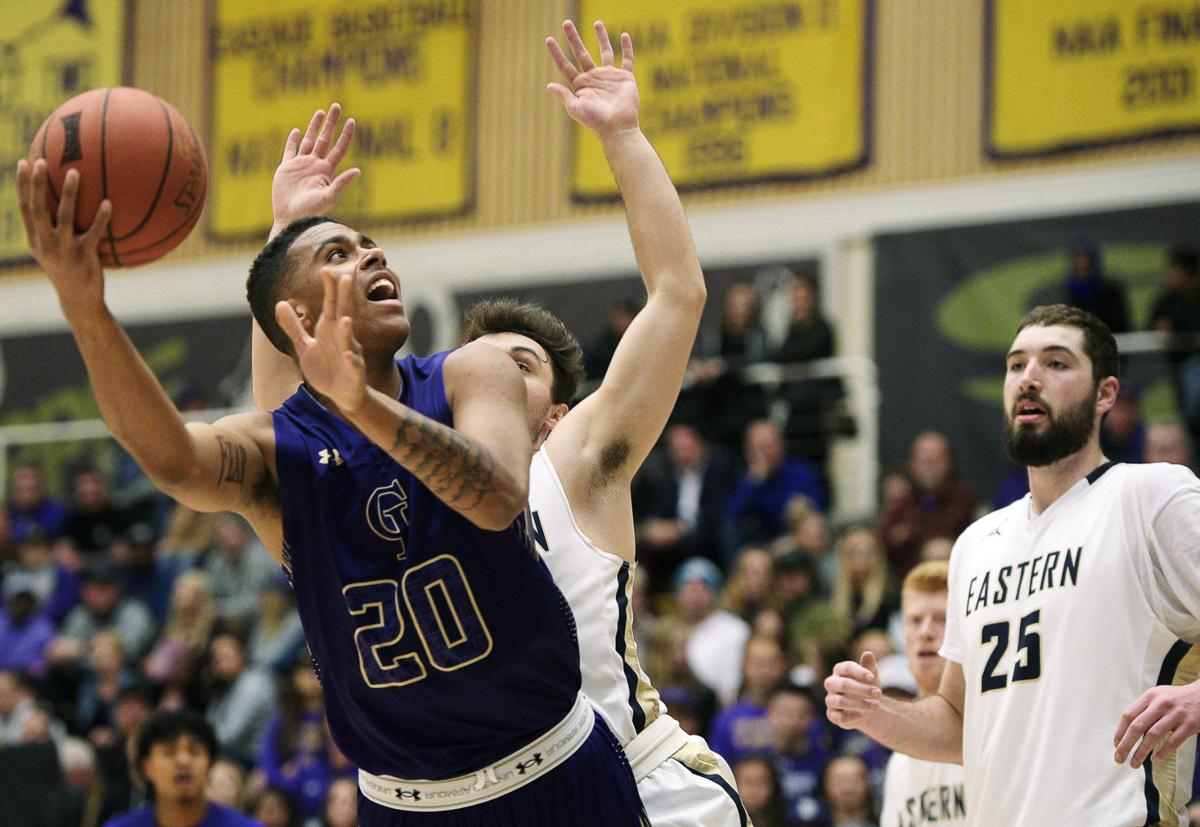 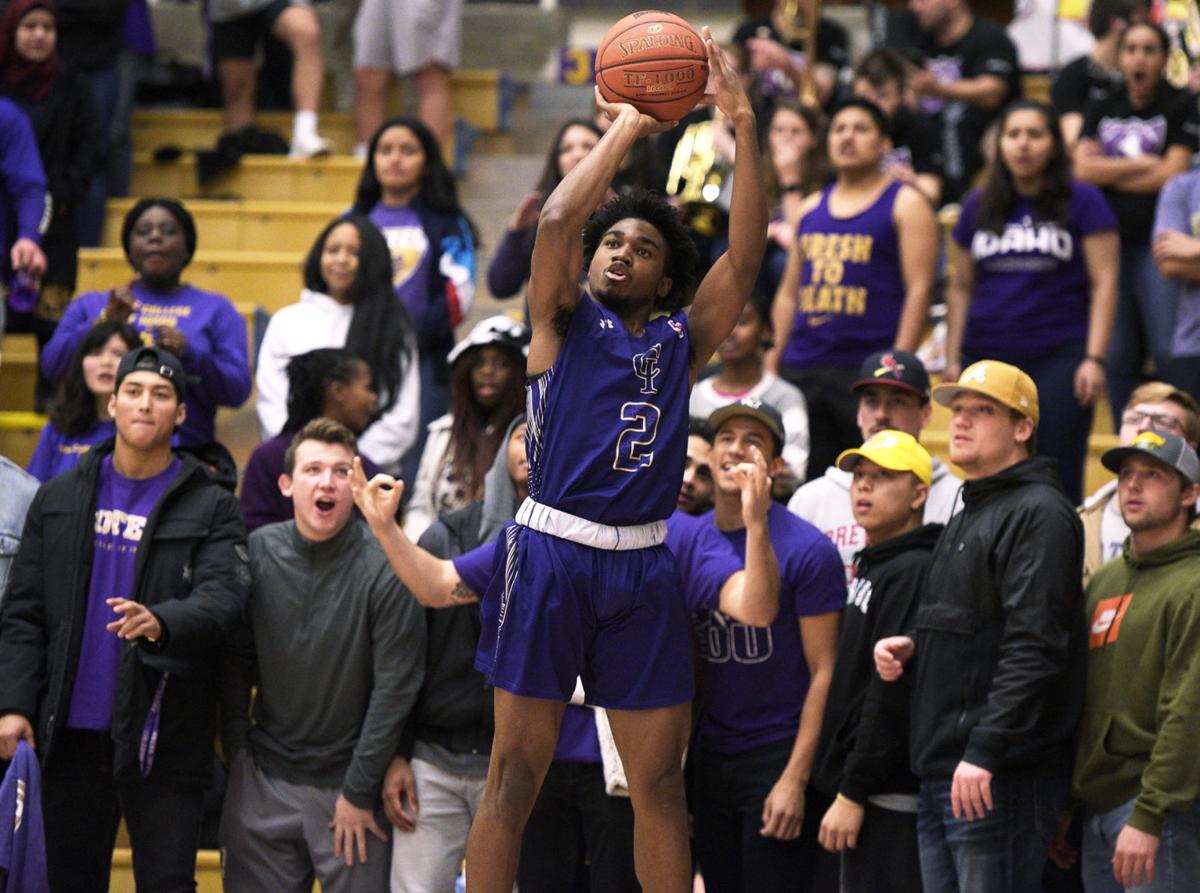 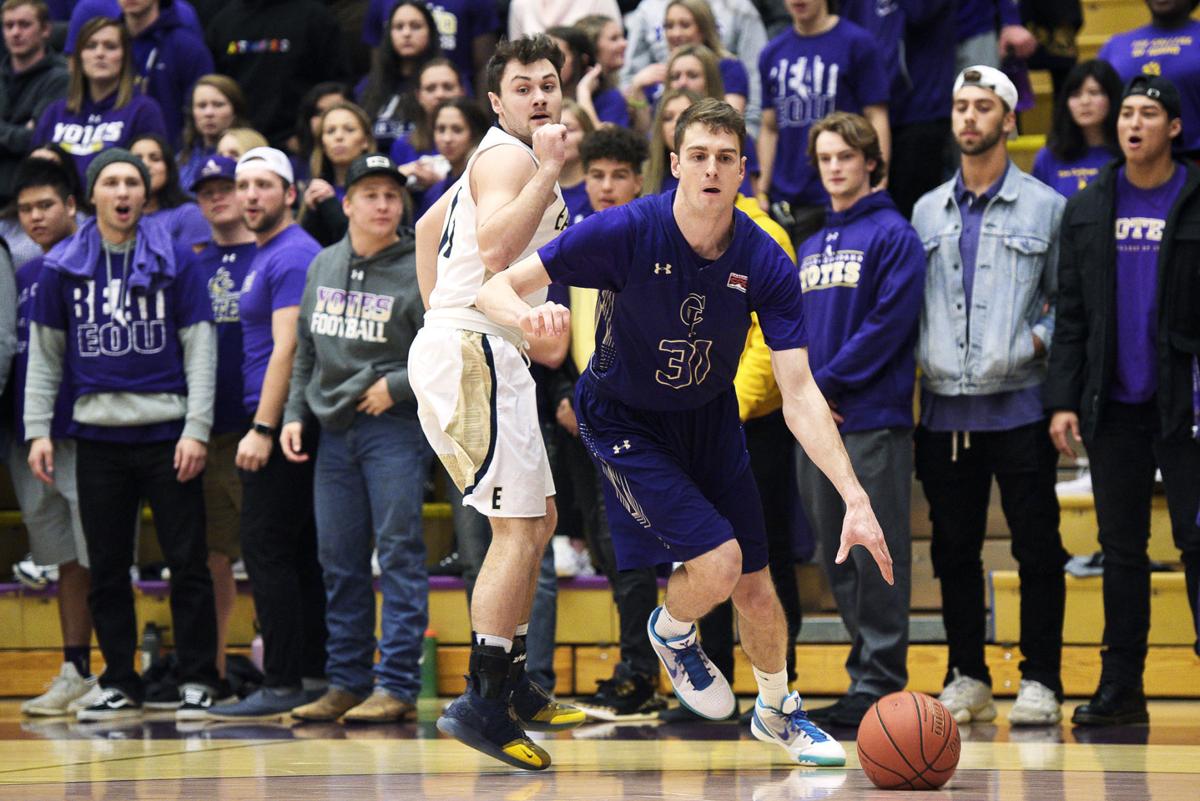 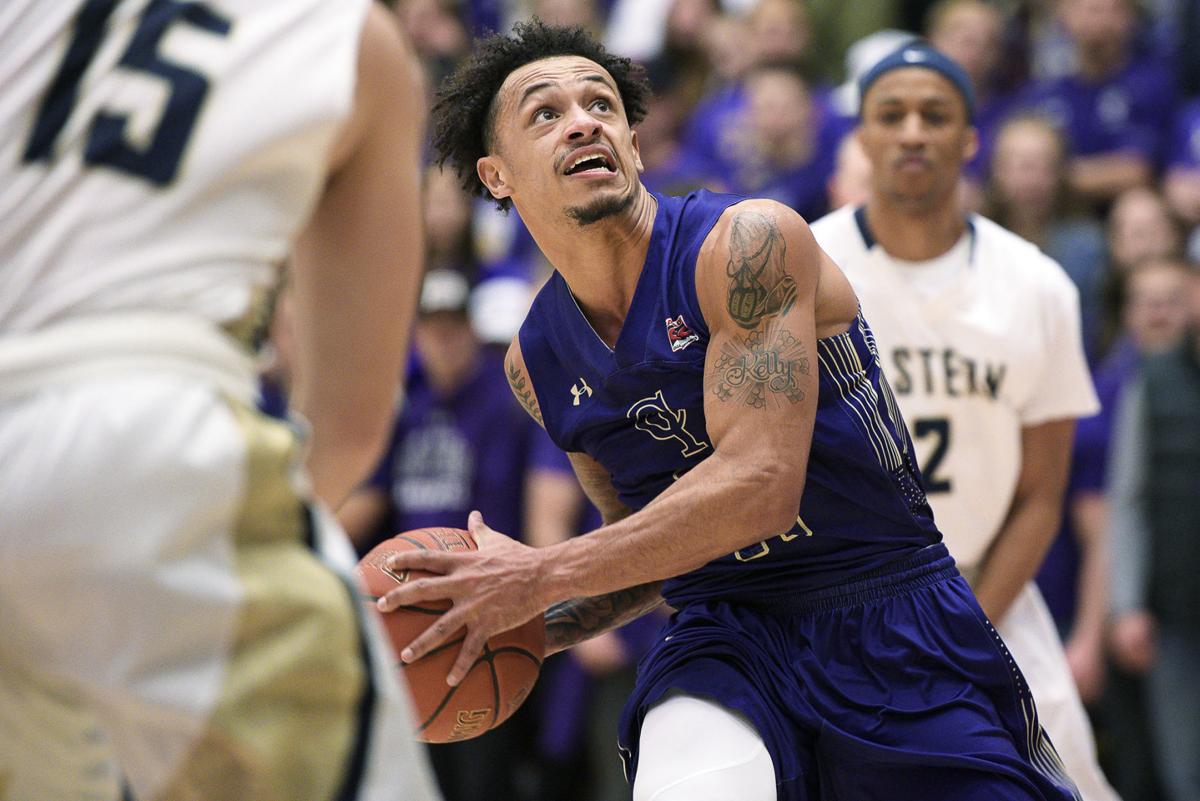 College of Idaho guard Talon Pinckney (11) drives the ball toward the net during the game against Eastern Oregon on Wednesday, Jan. 15 at the College of Idaho in Caldwell. 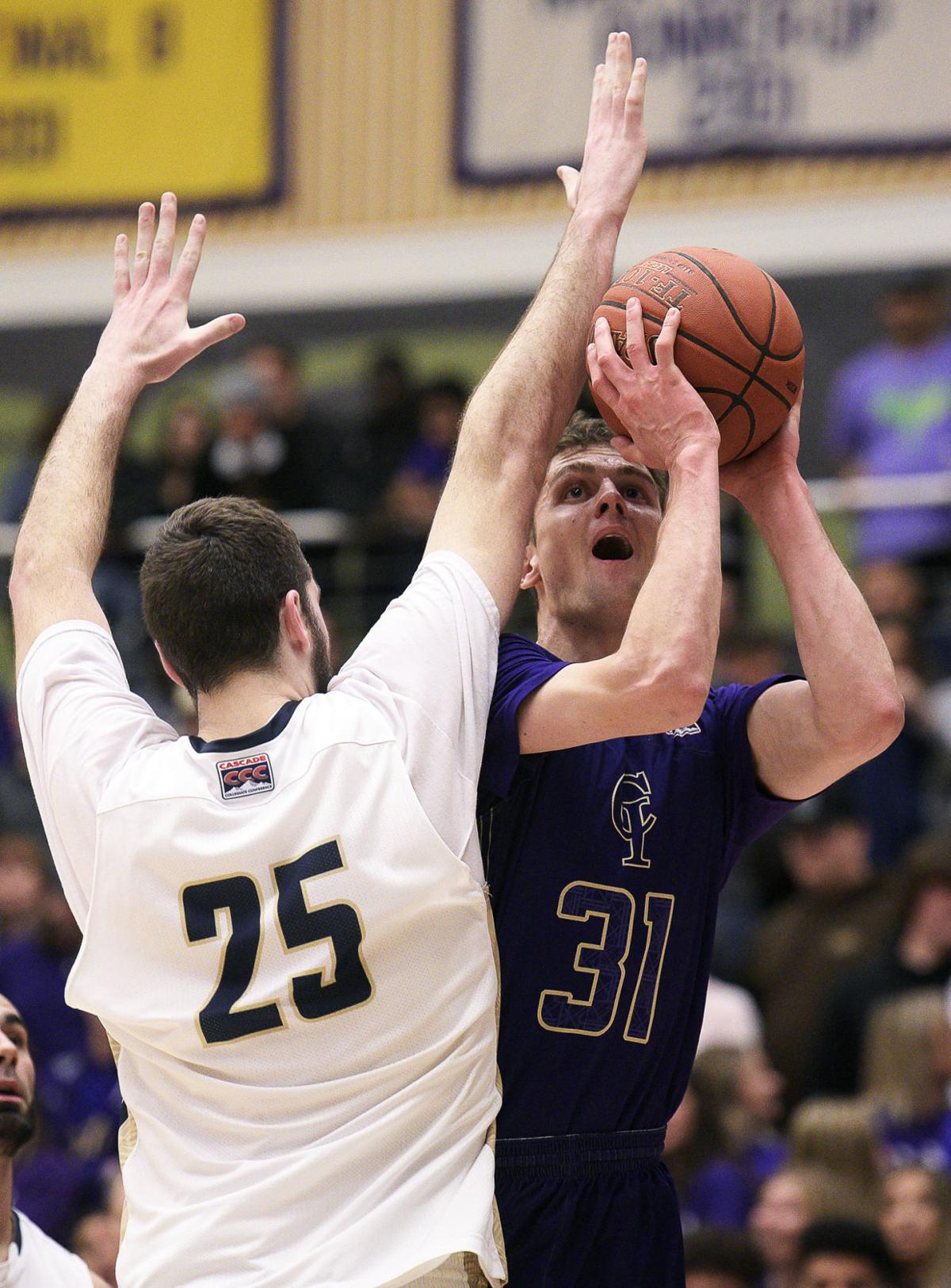 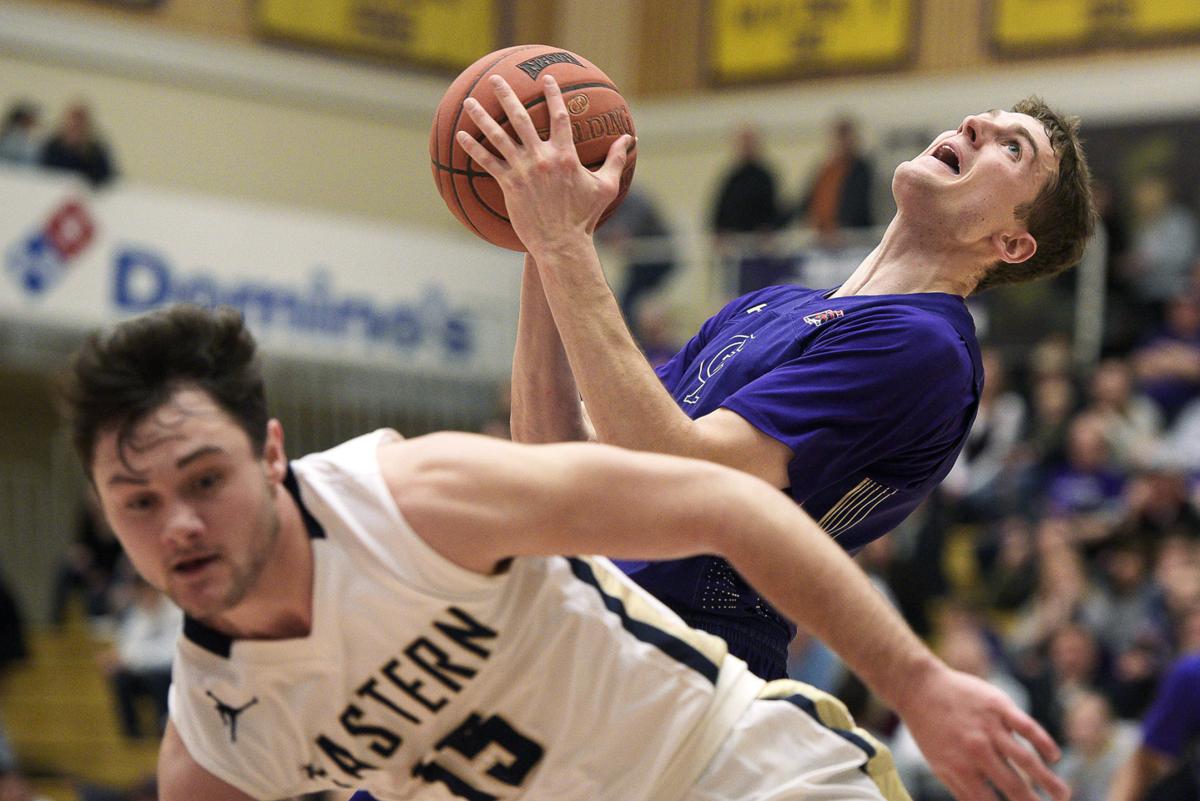 College of Idaho guard Talon Pinckney (11) drives the ball toward the net during the game against Eastern Oregon on Wednesday, Jan. 15 at the College of Idaho in Caldwell.

CALDWELL — Colby Blaine joked he might have to reach out to Virginia coach Tony Bennett for advice on how to get through nerve-wracking defensive games.

The College of Idaho men’s basketball coach has certainly seen his team in plenty of them lately. But the Yotes keep delivering him wins.

The latest victim of the Yotes strong defense? The No. 1 scoring offense in the country.

The Yotes held Eastern Oregon to 40 points below its season average on Wednesday, and came away with a 67-58 win at J.A. Albertson Activities Center.

It marked the 10th straight win for the Yotes (16-3, 9-0 Cascade Conference) — who were ranked the No. 3 team in the country earlier in the day — and third straight game they’ve held an opponent under 60 points. In all three of those wins, the games had been competitive in the second half.

“I don’t know how Virginia does this emotionally every night,” Blaine said. “I got to get used to the fact they’re going to be close games. We’re just gritty and tough, and we’re buying into the whole package of our defense. It’s what’s keeping us in our streak right now.”

Eastern Oregon entered the game averaging 98.2 points per game. The Mountaineers (9-9, 3-6) had a regular season low in points Saturday in a 72-68 loss to Northwest, but the Yotes were able to keep them even lower on Wednesday.

“It’s really just our system and the type of guys we recruit,” said Talon Pinckney, who finished with six steals. “We’re able to guard at every position, so to us it’s really just about our one-on-one challenge. We’re aware of their talent at every spot, but we’re not feeling mismatched.”

Mountain Home High graduate Jarek Schetzle had 24 points and 17 rebounds, but the Yotes were okay with letting the Mountaineers’ 7-foot center get his points if that meant shutting down Eastern Oregon’s other weapons.

“We just made sure it was a group effort that wasn’t beating us,” said Time. “We let Jarek Schetzle do his thing, but we were going to make sure nobody else was going to get open shots.”

Time had a buzzer-beating 3-pointer from three quarters of the length of the court to give the Yotes a 30-26 lead into halftime.

After hanging around the Yotes for much of the second half, the Mountaineers took their first lead of the half, 49-48, on two free throws with 7:37 left in regulation.

But that lead was short lived, as Time hit two free throws with 6:53 left to regain the lead for the Yotes. That sparked a 6-0 run for the College of Idaho and the Yotes never trailed again.

After a missed Eastern Oregon shot, a Bruneel putback basket off a Pinckney 3-point attempt built the lead to three. Two free throws by Bruneel extended it to 54-49.

“I think it made us lock in on defense,” Pinckney said about falling behind. “We changed our defense, then just got it rolling. It kind of woke us up a little bit, for sure.”

The game opens a five-game home stand for the Yotes, who will host Walla Walla on Saturday and Sunday before welcoming in No. 15 Southern Oregon and No. 5 Oregon Tech next week.

The College of Idaho women’s basketball team certainly got the shots they needed to snap a 10-game losing streak to Eastern Oregon. Those shots just didn’t fall.

The Yotes put up 73 field goal attempts in the game Wednesday, with just 20 falling, as Eastern Oregon came away with a 63-61 victory.

“I think we took some good shots, we just got to slow down and finish them,” College of Idaho coach Janis Beal said. “You look at the shot chart, those are scorers who are shooting those shots. We just got to focus on the finish.”

Mackenzie Royce-Radford hit two free throws with four seconds left to tie the game at 61 for the College of Idaho (6-12, 4-5). But coming out of the timeout, the Mountaineers (12-7, 6-3) found Rocky Mountain High graduate Rachel Fielder open under the net for the easy basket with less than a second on the clock.