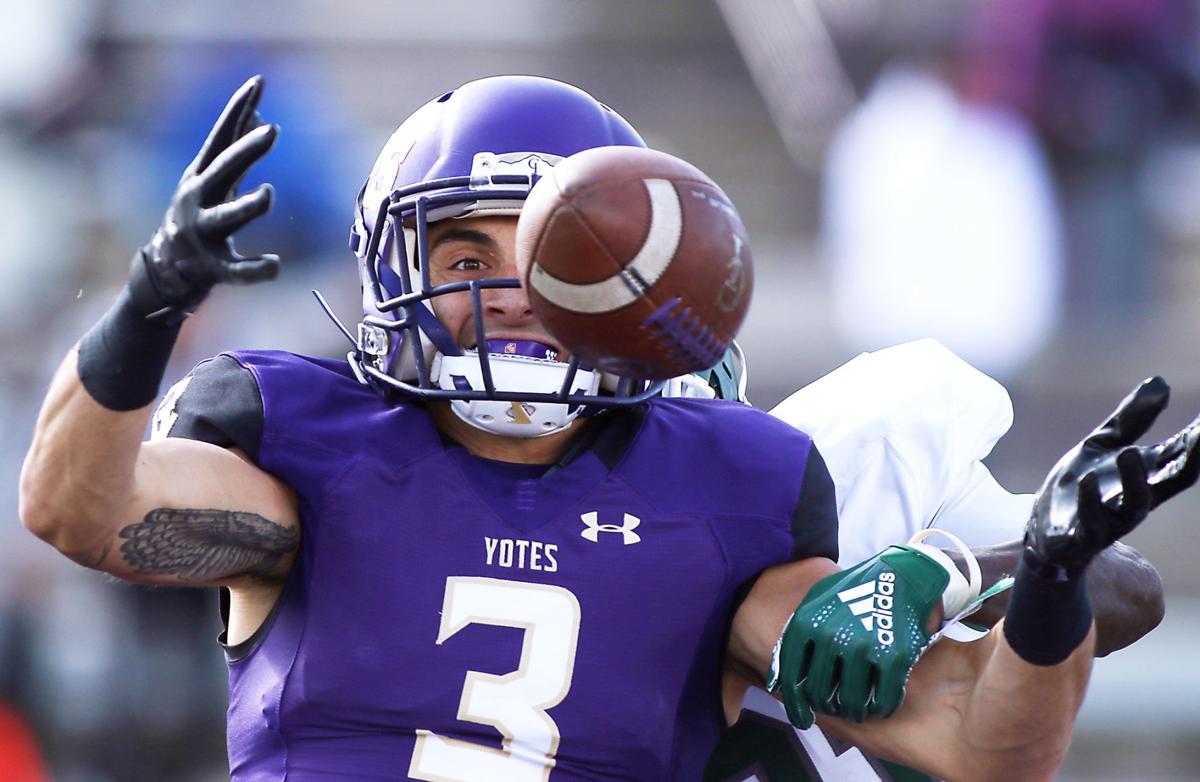 College of Idaho wide receiver Hunter Juarez (3) reaches for a pass in the end zone against Montana Tech on Oct. 19. 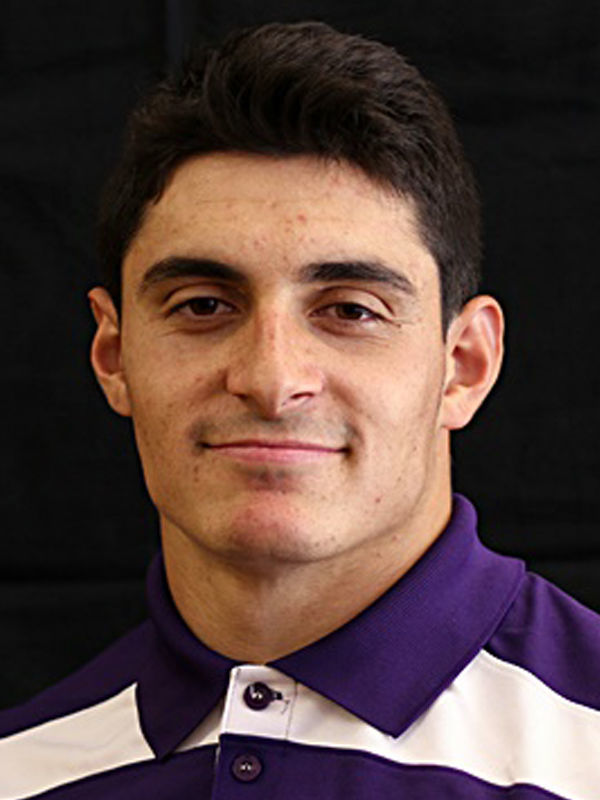 College of Idaho wide receiver Hunter Juarez (3) reaches for a pass in the end zone against Montana Tech on Oct. 19.

CALDWELL — Following a breakout freshman season where he proved himself as a deep threat for the College of Idaho football team, Hunter Juarez didn’t have stats that popped off the page in the Yotes season opener.

But for the sophomore wide receiver, having just one catch for 19 yards wasn’t going to get him down. After all, the most important thing for Juarez was that the College of Idaho picked up the 48-12 win over Eastern Oregon on Aug. 31.

Eight wins later, Juarez has started putting up eye-popping numbers for the Yotes. But just as it was in the first game, the only numbers he cares about are the ones on the scoreboard.

Juarez and the Yotes (8-0, 8-0 Frontier Conference) have a shot at adding another win to their 14-game winning streak Saturday when they return to Simplot Stadium for a game against Montana Western (6-2, 6-2). A win against the Bulldogs would give the No. 6 College of Idaho an outright Frontier Conference title. As long as the Yotes don’t drop out of the Top 20 over the next two weeks, it would also clinch the school’s first-ever NAIA Playoff appearance.

But once again, all Juarez is focused on is getting the win.

“We can clinch the championship, that would be the first time in forever, but we still have our goal set on just winning this week,” said Juarez. “If that’s the product that’s going to come out of it, that’s going to be awesome.”

In what is shaping up to become one of the school’s best statistical passing seasons for four-year starting quarterback Darius-James Peterson, it has been his high school teammate from Marin Catholic High in California who has become his top target. Juarez leads the teams in receptions (35), receiving yards (711) and touchdowns.

Juarez has set career highs in each of the Yotes’ past two games. Two weeks ago, it was his 144 receiving yards in the College of Idaho’s 42-14 win against Southern Oregon. That included a pair of 59-yard touchdown passes from Peterson.

Last week he had a career-high nine catches and 118 yards in a 24-17 win against Eastern Oregon, including a 30-yard touchdown reception in the fourth quarter, which gave the Yotes a 10-point lead.

“We’re just doing the stuff we’ve been doing all year and last year,” Juarez said about the last two games. “We’ve been implementing little bit different routes here and there and some tweaks, and it’s been working for us.”

Those routes he runs, along with the speed of the former Marin County Athletic League 100-meter champion, have resulted in a lot of big plays for the Yotes. As a freshman, he set a school record with an average of 25.5 yards per catch. This year he’s still averaging more than 20 yards a catch, with his six touchdowns going for an average of 44.5 yards.

“I wouldn’t say it’s easy for him, he has to do a lot of different techniques that the receivers learn in the classroom,” said Peterson. “He just implements them out here and it really shows.”

Peterson, who is 200 yards away from joining Teejay Gordon as the only Yotes to throw for 2,000 yards in a season, has plenty of targets to chose from, be it quarterback-turned receiver Connor Richardson or big targets like Keegan Crafton or Connor Gagain.

But when the ball heads towards Juarez, there’s always the threat that he can make something special happen.

“When we want to throw it to a guy, he’s still got to get open, he’s still got to make the play, they’ve still got to be in the right coverage,” said College of Idaho coach Mike Moroski. “So it’s all those things that go into the pass game. But hats off to Hunter, he’s a dynamic person, a great athlete and a hard worker. And his hard work is paying off.”

Depending on how far the season goes for the Yotes, Juarez could threaten Marcus Lenhardt’s school record of 1,021 receiving yards or Jack Kennevick’s record of nine receiving touchdowns.

But none of that is on his mind right now. After clinching at least a share of the Frontier Conference title in last week’s win at Eastern Oregon, he’s looking to help his team build separation from the Bulldogs, who still have dreams of sharing the title with the Yotes.

Juarez wants to win. And after that, he wants to keep winning

“We want the whole thing,” he said. “We’re not going to stop with the Frontier Conference, we want to win the playoffs and we want to go to Louisiana to win the national championship.”