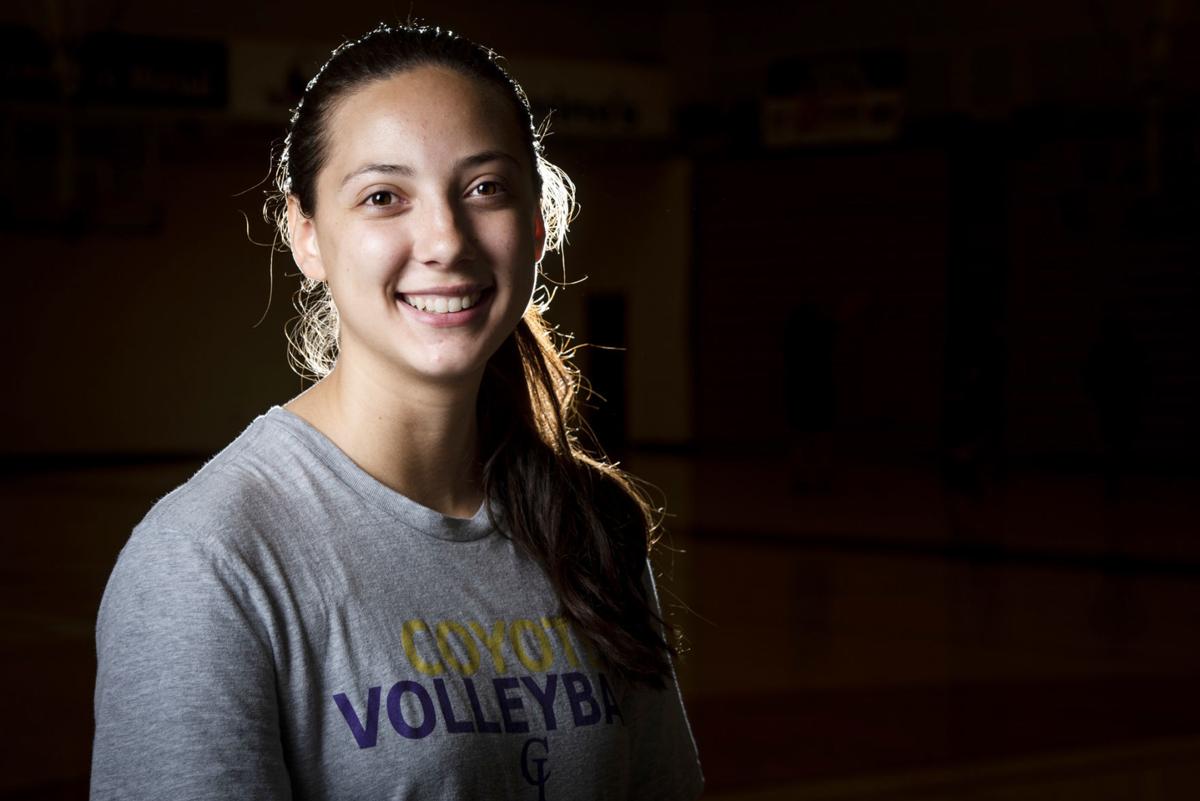 Top: Ashley Pagan poses for a photo at the College of Idaho’s J.A. Albertson’s Activity Center on Wednesday. 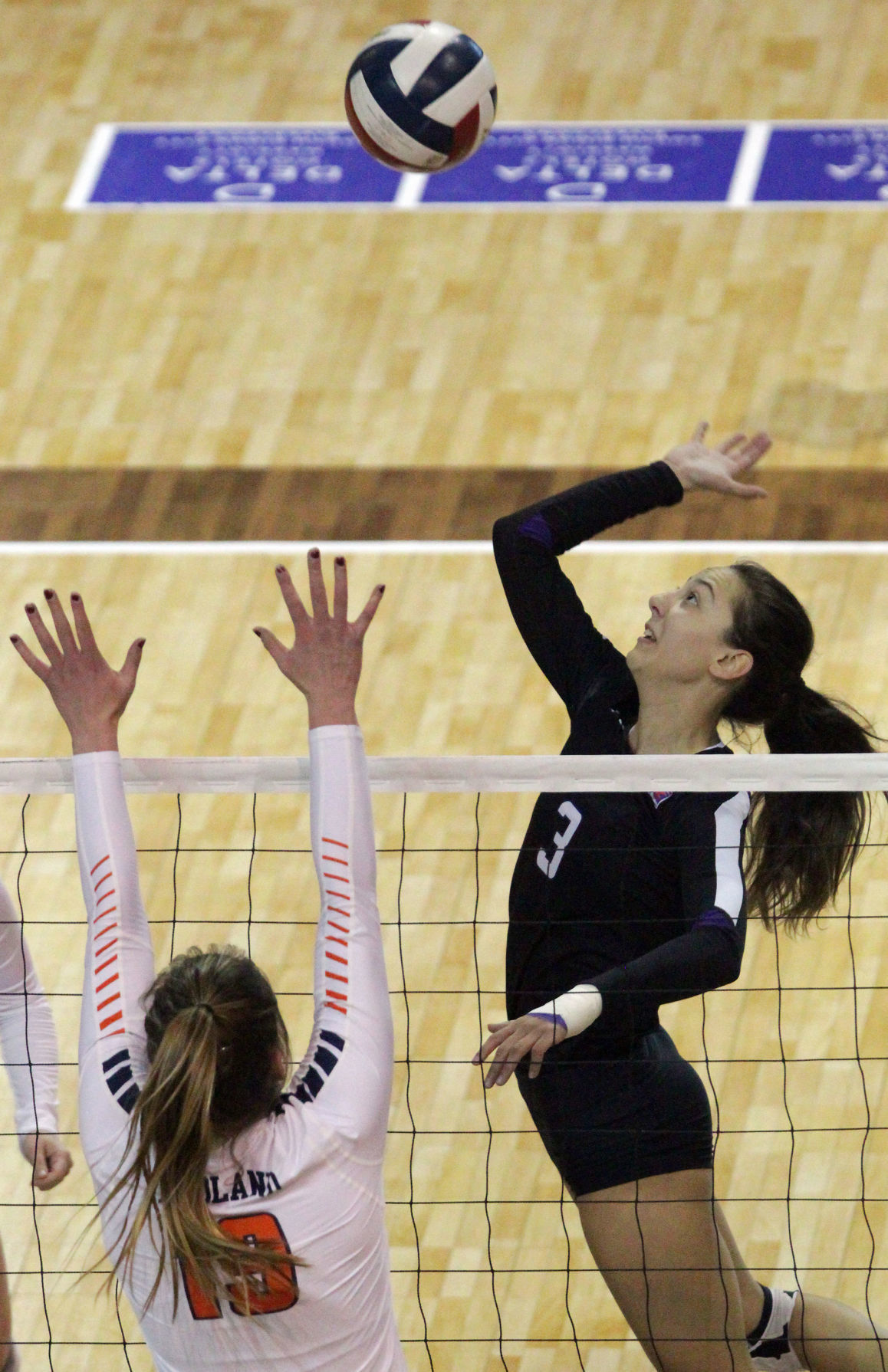 College of Idaho outside hitter Ashley Pagan gets set to hit the ball in an NAIA National Tournament first round game against Midland on Dec. 1, 2017. 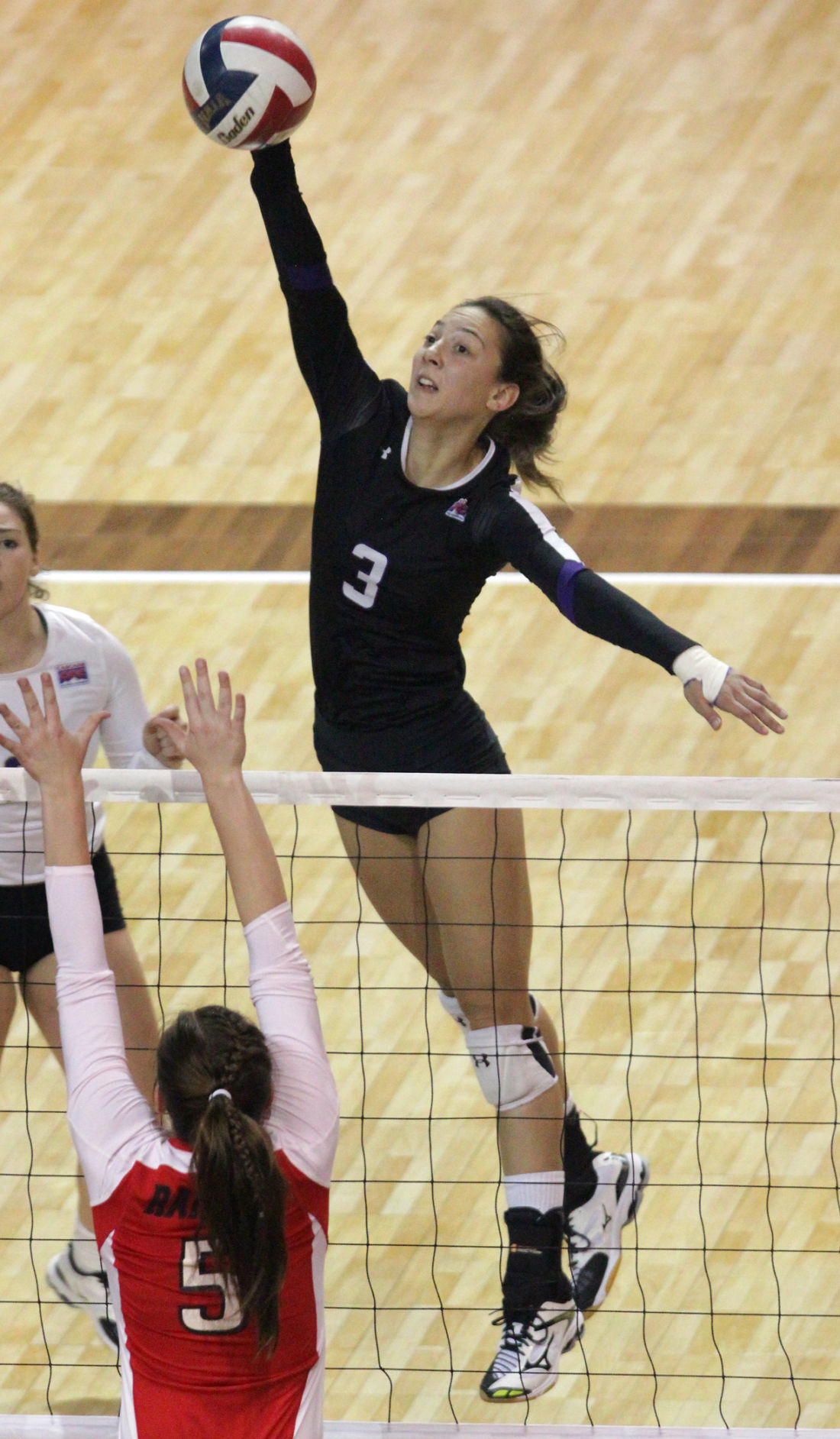 College of Idaho’s Ashley Pagan hits the ball during an NAIA National Tournament game against Northwest on Nov. 30, 2017.

Top: Ashley Pagan poses for a photo at the College of Idaho’s J.A. Albertson’s Activity Center on Wednesday.

College of Idaho outside hitter Ashley Pagan gets set to hit the ball in an NAIA National Tournament first round game against Midland on Dec. 1, 2017.

College of Idaho’s Ashley Pagan hits the ball during an NAIA National Tournament game against Northwest on Nov. 30, 2017.

CALDWELL — Doctors have told Ashley Pagan the wear and tear in both her knees is not common for somebody her age and usually seen in much older patients.

It’s caused her to develop shin splints in both legs.

The College of Idaho senior feels it every time she jumps on the volleyball court. But Pagan refused to give up her final season with the Yotes.

So this season she’s switched up her pregame routine, with extra stretching and rehab, as well as applying heat.

“It’s tough, I’m a pretty lazy person,” Pagan jokes. “That’s always been a struggle for me getting into rehab. I’ve had shoulder problems, strain problems, many problems. But this one I’ve been more about going and doing it because I want my legs to be good.”

The Yotes (7-4, 2-2 Cascade Conference) will play their first home conference matches of the season this weekend against Northwest at 7 tonight and one against Evergreen at 5 p.m. on Saturday.

“It’s hit me hard not being a power hitter, to be able to put balls away for my team,” said Pagan. “That’s a big thing for me, because I want to be there for my team in a big leader role. But every position is a big leader role, and I think if I’m not doing one thing well, I got to do everything else I possibly can do well. I think that’s one thing I’m doing, I’m making up in my defense what I’m not giving in my hitting.”

And with her defensive ability, the Yotes are never hesitant to keep her in the lineup when she rotates into the back row. Despite her injuries, Pagan still has recorded a double-double in 10 of the College of Idaho’s 11 matches this season.

“She’s really a special player,” said College of Idaho coach Liz Mendiola. “She’s not flashy, but she does everything so well and is always really solid for us. As far as the game of volleyball, she’s incredibly smart. Probably the smartest player I’ve ever coached as far as understanding the game and knowing where to be at the right time. She really sees the game well and really knows the game well and that makes a big difference for us.”

Despite being an outside hitter, defense has long been on the forefront of Pagan’s mind. When she started playing volleyball, the now-5-foot-9 Pagan was one of the taller kids in her age group, so she naturally started in the hitter position. When she was 13 years old, legendary Penn State volleyball coach Russ Rose — the winningest coach in NCAA Division I history — held a defensive camp near Pagan’s home in Colorado Springs, Colorado.

Pagan said it was there that Rose noticed her potential as a defensive player.

“That was a really intense camp,” Pagan remembers. “But it was him telling me ‘you’re going to be good at this.’ And I believed in myself and I knew I was going to be good.”

Pagan’s family had just moved to Colorado from California, where she had primarily played soccer. But the encouragement from Rose, combined a little with the fact that it was warmer in the gym in late fall in Colorado compared to the soccer field, caused Pagan to focus on volleyball full time.

Growing up in a military family, Pagan said she moved around quite a bit as a child, but was familiar with the Treasure Valley as her mom’s side of the family lived in Boise. When it came time to pick a college, she chose the College of Idaho, despite the protest of her aunt, former Eastern Oregon volleyball player Katie Keeney, who was a Cole Valley Christian graduate.

“She’s like ‘don’t go to College of Idaho, don’t visit there,’” Pagan said. “I was like, ‘I want to visit there, just to make you angry.’ As soon as I visited, I knew I loved it here. And as soon as I got here, I knew I was going to have to work my way up and prove myself up.”

After a 214 kill and 144 dig season, she was the Cascade Conference Freshman of the Year. She followed that up with all-league honors as a sophomore and second-team NAIA All-America honors as a junior.

Now, battling through all her leg and knee injuries, Pagan is hoping for an even better senior season, one she hopes ends with a third straight trip to the NAIA Tournament and a long run towards the national title.

“It’s my senior year, I want to go out with a bang,” Pagan said. “I don’t want all my injuries to weigh on it. I want to go out knowing we did everything we could. Our goals were already set (before the injuries). I want to know we can accomplish those goals still.”