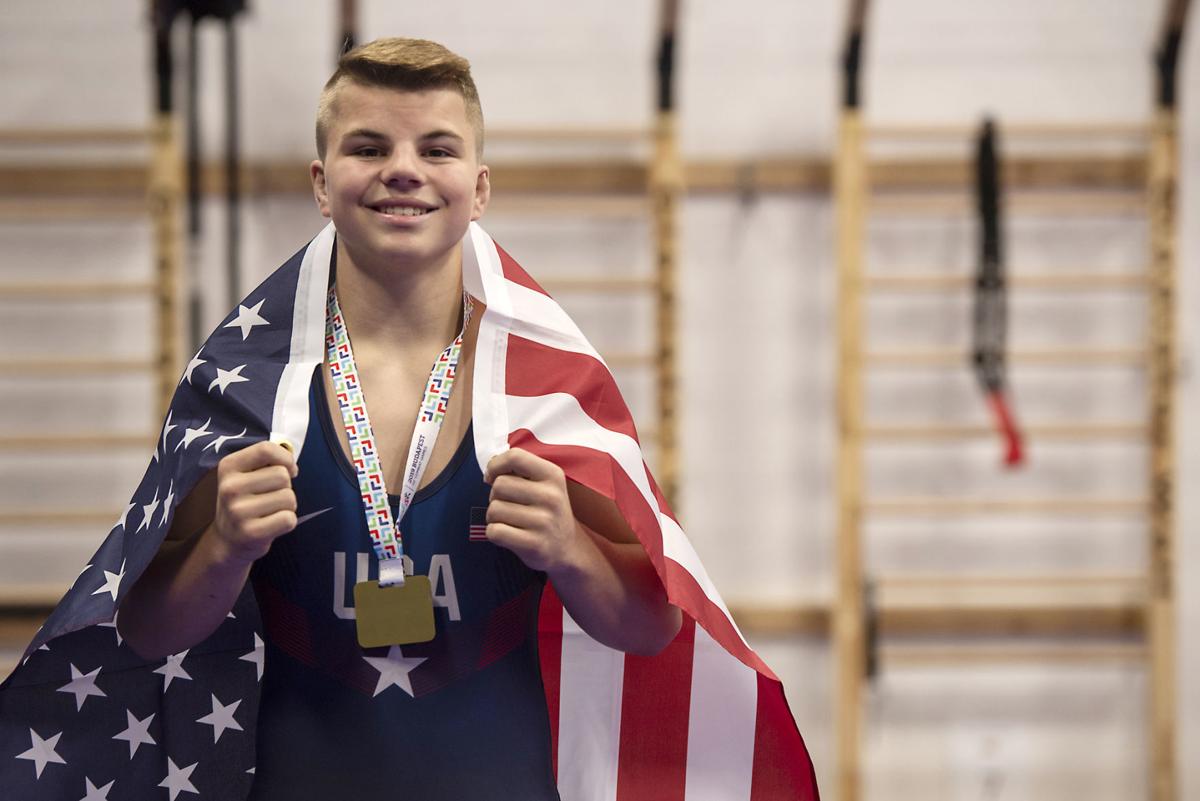 Jadon Skellenger poses for a photo at the Suples Wrestling in Boise on Tuesday. Skellenger recently won a world title at 62 kilograms at the U15 World Championships in Budapest, Hungary. 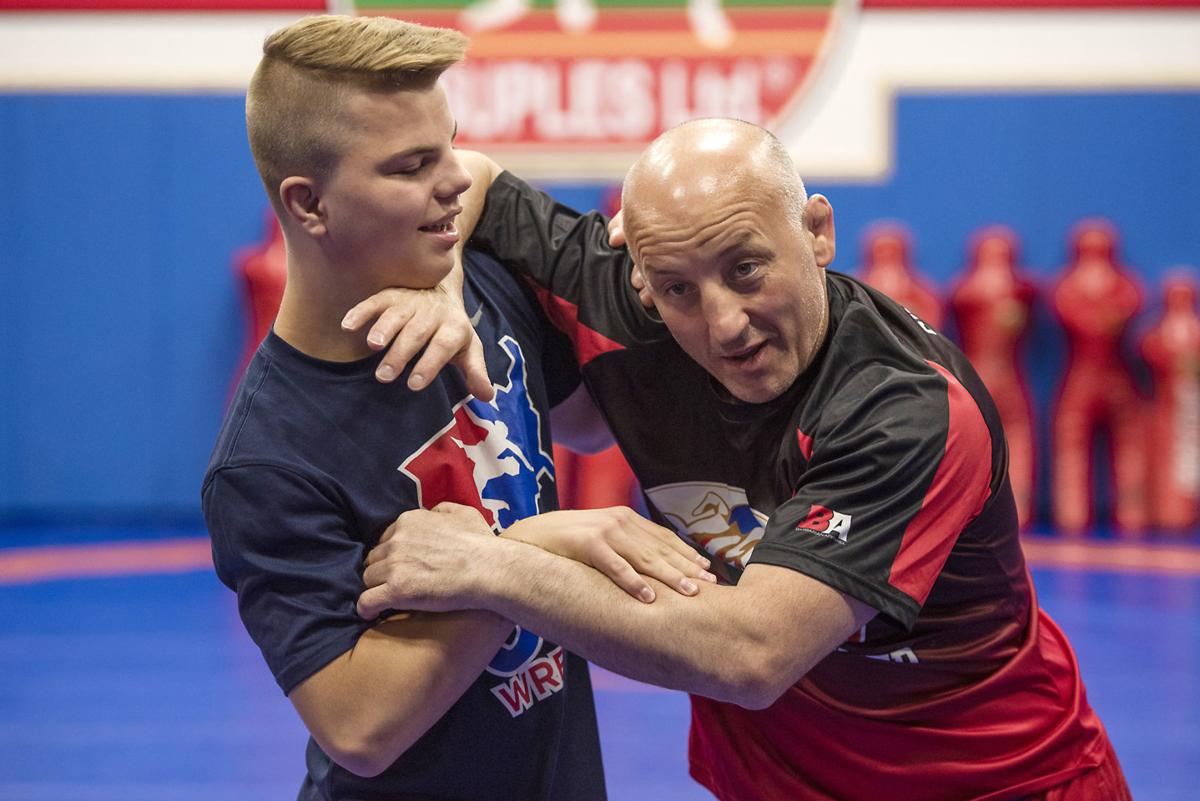 Jadon Skellenger, left, ties up with his coach, Ivan Ivanov, at Suples Wrestling on Tuesday in Boise. 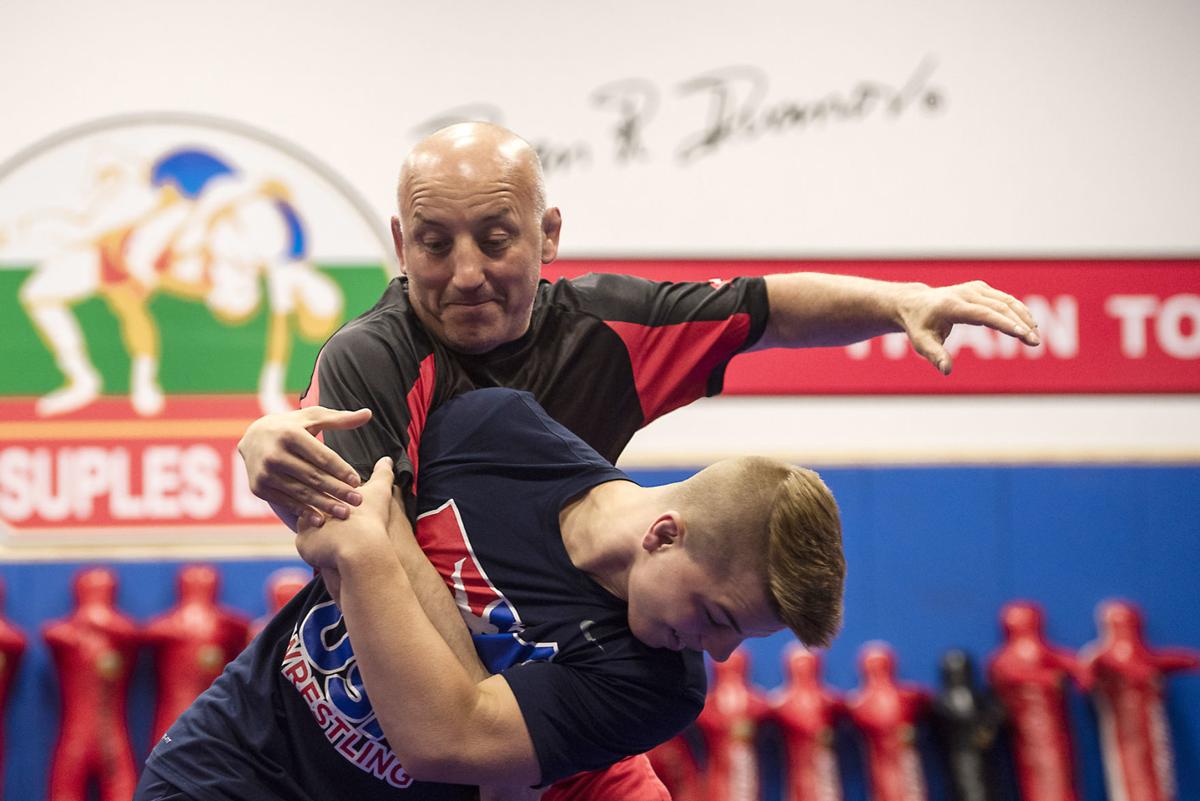 Jadon Skellenger, bottom, gets ready to throw his coach, Ivan Ivanov, at Suples Wrestling on Tuesday in Boise. 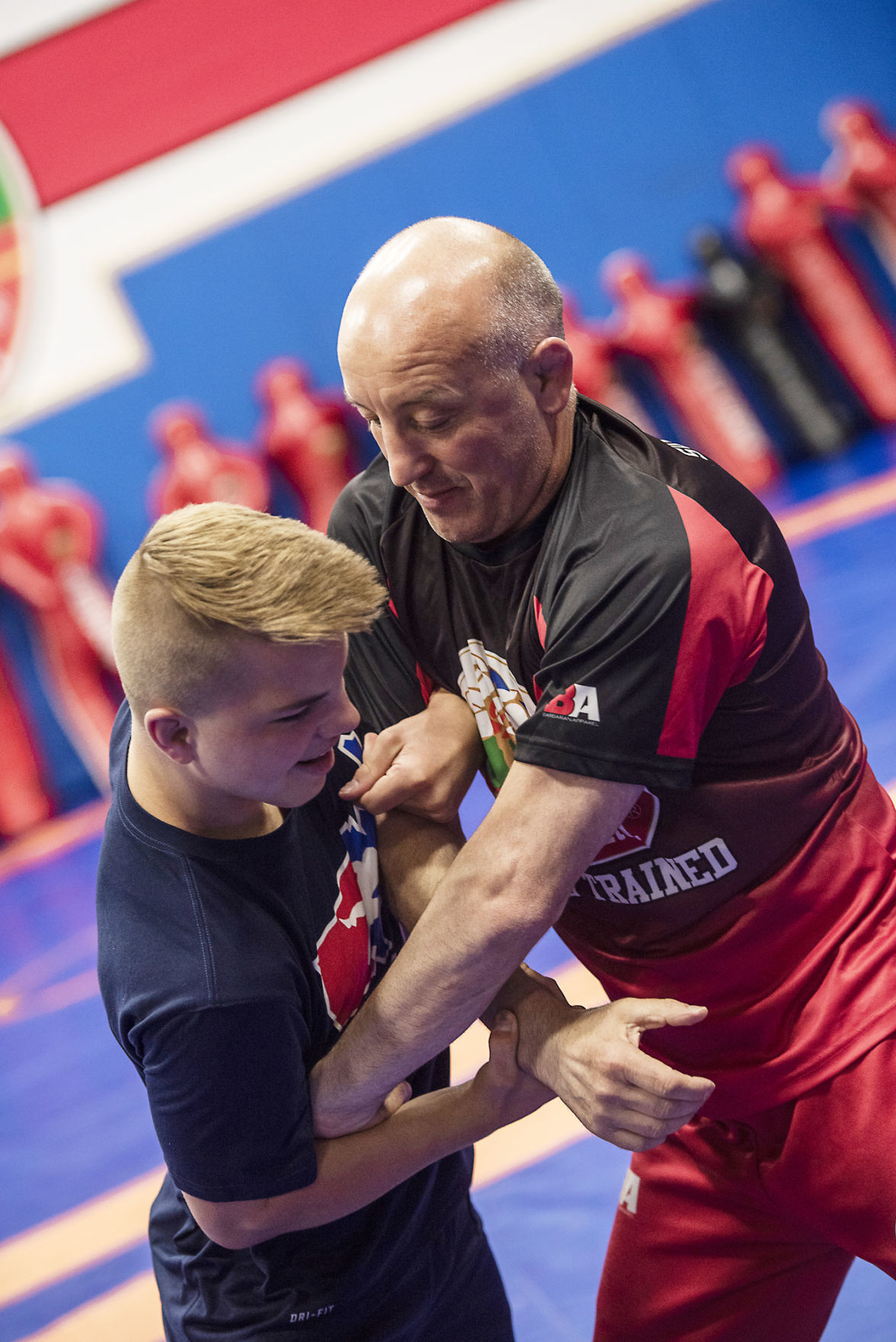 Jadon Skellenger, left, grapples with his coach, Ivan Ivanov, at Suples Wrestling on Tuesday in Boise.

Jadon Skellenger poses for a photo at the Suples Wrestling in Boise on Tuesday. Skellenger recently won a world title at 62 kilograms at the U15 World Championships in Budapest, Hungary.

Jadon Skellenger, left, ties up with his coach, Ivan Ivanov, at Suples Wrestling on Tuesday in Boise.

Jadon Skellenger, bottom, gets ready to throw his coach, Ivan Ivanov, at Suples Wrestling on Tuesday in Boise.

Jadon Skellenger, left, grapples with his coach, Ivan Ivanov, at Suples Wrestling on Tuesday in Boise.

BOISE — Jadon Skellenger doesn’t know exactly where it came from.

His desire to be a wrestler that is. But the Suples Wrestling Club member will take it. He’s already the first world U15 Greco-Roman champion in Idaho history at the age of 14.

“He’s already one of the best I’ve ever worked with,” Suples coach Ivan Ivanov said. “Yes he has all the talent in the world, but what really separates him is he is really into getting the full benefit of this sport. Other kids don’t train like Jadon, they don’t take advantage of the morning session, they don’t take advantage of every day sessions and they feel like it’s too unrealistic to believe that they can compete at the highest level. They don’t have the same vision or dedication like Jadon. That’s what makes him special.”

Amy and Brian Skellenger were putting their then 4-year-old son in his car seat when he just blurted it out — “I want to wrestle.”

The two turned to each other with befuddled looks. Neither of them had ever wrestled or let alone talked about it before. They didn’t even have cable television for that matter.

Their response was about what you would expect. “How do know what wrestling is? Where did you see this?”

The Seattle native shrugged his shoulders before adding, “I want to wrestle in college.”

Jadon Skellenger is certainly on his way to doing just that. He competed for CYC out of Concord, California, which has produced multiple Team USA wrestlers like Robby Smith, who qualified for the 2016 Summer Olympics in Rio de Janeiro. Skellenger won California’s triple crown with state titles in Greco-Roman, freestyle and folkstyle by the time he was 8. He also won a Greco-Roman national championship that same season before moving to Boise the following year.

He came over specifically to work with Ivanov after previously attending one of his camps.

“It just kind of felt right,” Skellenger said. “I really liked the coaches and the environment. My family and I just had a feeling that this was where I needed to be.”

He was right again. Skellenger has won Idaho’s triple crown twice with 14 state championships, two regional titles, three US Open crowns and a national championship in freestyle in 2016 since joining the club. He also earned All-American honors three times while helping the USA Pan American U15 boys team win a championship with silver medals in Greco-Roman and freestyle last October in Villahermosa, Mexico.

He’s really burst onto the world scene this year.

It started at Estonia’s Tallinn Open in April. It’s the largest wrestling tournament in Europe. He won both the 62 kilograms (136.7 pounds) Greco-Roman and freestyle weight class. Skellenger then won the 62 kilogram Greco-Roman championship at the U15 World Team Trials in Papillion, Nebraska, five days later.

It all resulted in him qualifying for the inaugural U15 World Championships in Budapest, Hungary, on June 19.

Skellenger opened with technical falls over Brazil’s Angelo Oliveira and Tangirkul Aibek of Kazakhstan. But Skellenger ran into some trouble against Ukraine’s Hlib Firsov in the final.

He went down 4-0 after being picked up and put on his back. Skellenger then got pushed out of bounds twice for a 6-0 deficit at the end of the first round.

But Skellenger had been down by far worse before. He trailed 8-0 at the Western Regionals in March only to come back and win.

“I believed in him and knew he was going to break him in the second period because he just never gives up no matter what,” Suples assistant coach Mitko Georgiev said. “Some athletes let their emotions get the best of them in situations like that. But Jadon is very smart and precise with his training which makes him a very dangerous wrestler no matter what. He’s one of those wrestlers that can beat you just like that.”

Skellenger did it again.

He made a furious comeback in the final two minutes. Skellenger scored four points by throwing Firsov over his shoulder and to the mat on a bodylock. Skellenger followed that up by putting him in a front headlock and pushing him out of bounds for two points to tie it all up at 6-6. He capped off the improbable comeback by shoving Firsov out of bounds with 14 seconds left for a 7-6 win and a Greco-Roman world title.

The victory marked the first time a wrestler from Idaho had ever won a U15 world championship. Skellenger celebrated the historic moment by running around with the American flag draped over his shoulders

“That was always my goal from when I was 4,” Skellenger said. “So it was a dream come true to do something that I had seen all my idols do. I was really happy to be able to get a gold for my country, my club and of course myself.”

He also enjoyed a two-week vacation in Italy afterward. However, that’s about the only time off he will have.

Skellenger has the Junior National Championships in Fargo, North Dakota, next week and a trip to Moscow, Russia, in August.

It’s all part of a schedule that sees him wrestle 11 months out of the year. Skellenger competes so much that the only way he can complete his schoolwork is online through Inspire, the Idaho Connections Academy. He was supposed to be a freshman this year but his parents have elected to keep him in eighth grade this fall because of missing four straight months of school due to international competition.

He’s a wrestler first and foremost after all.

“I want to be an Olympic champion,” Skellenger said. “I definitely think if I stick to it and train hard, I can do anything. I’ve already come this far.”