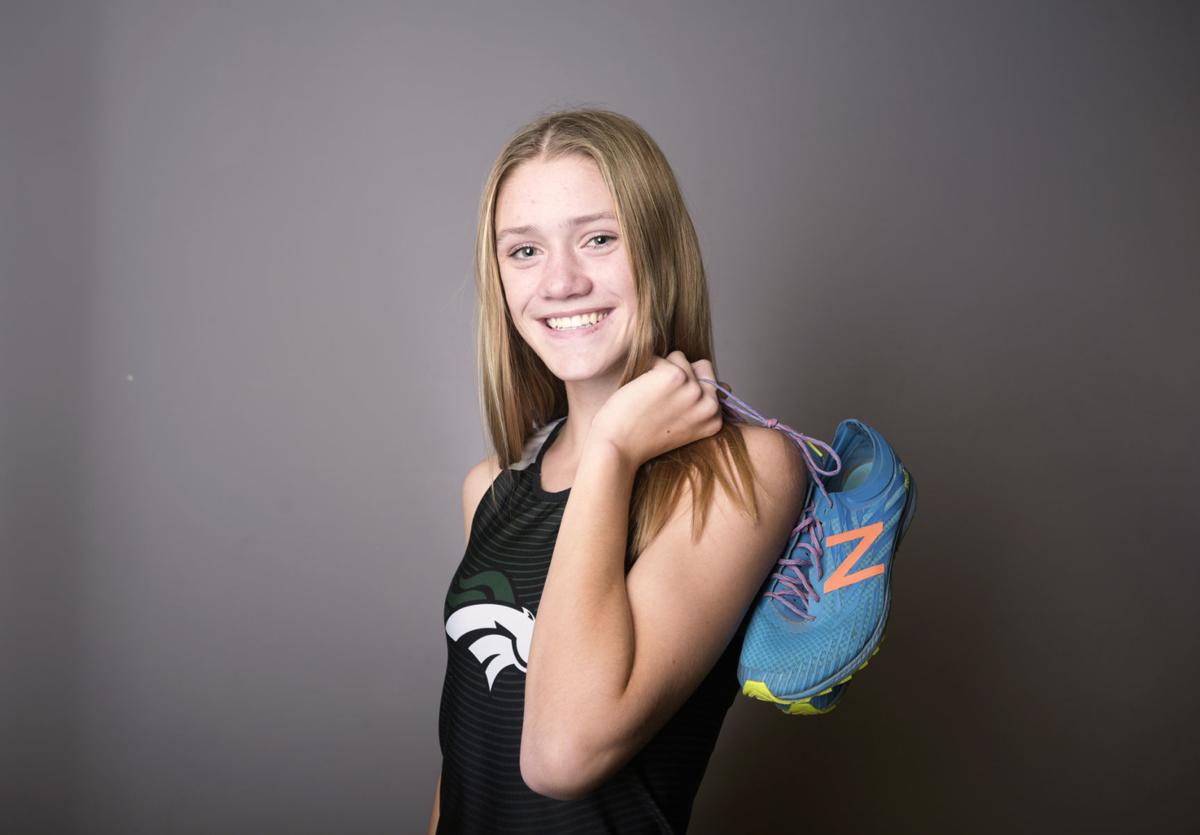 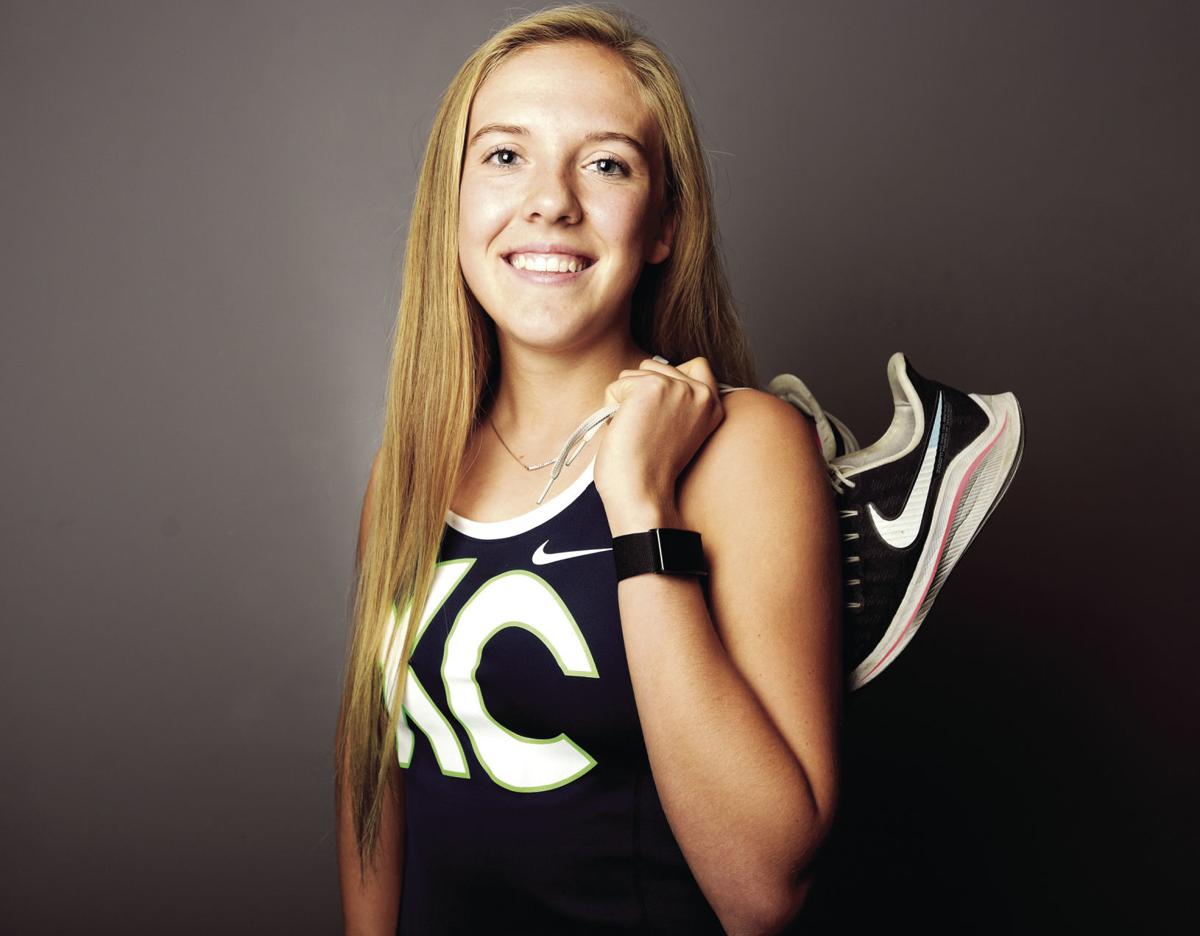 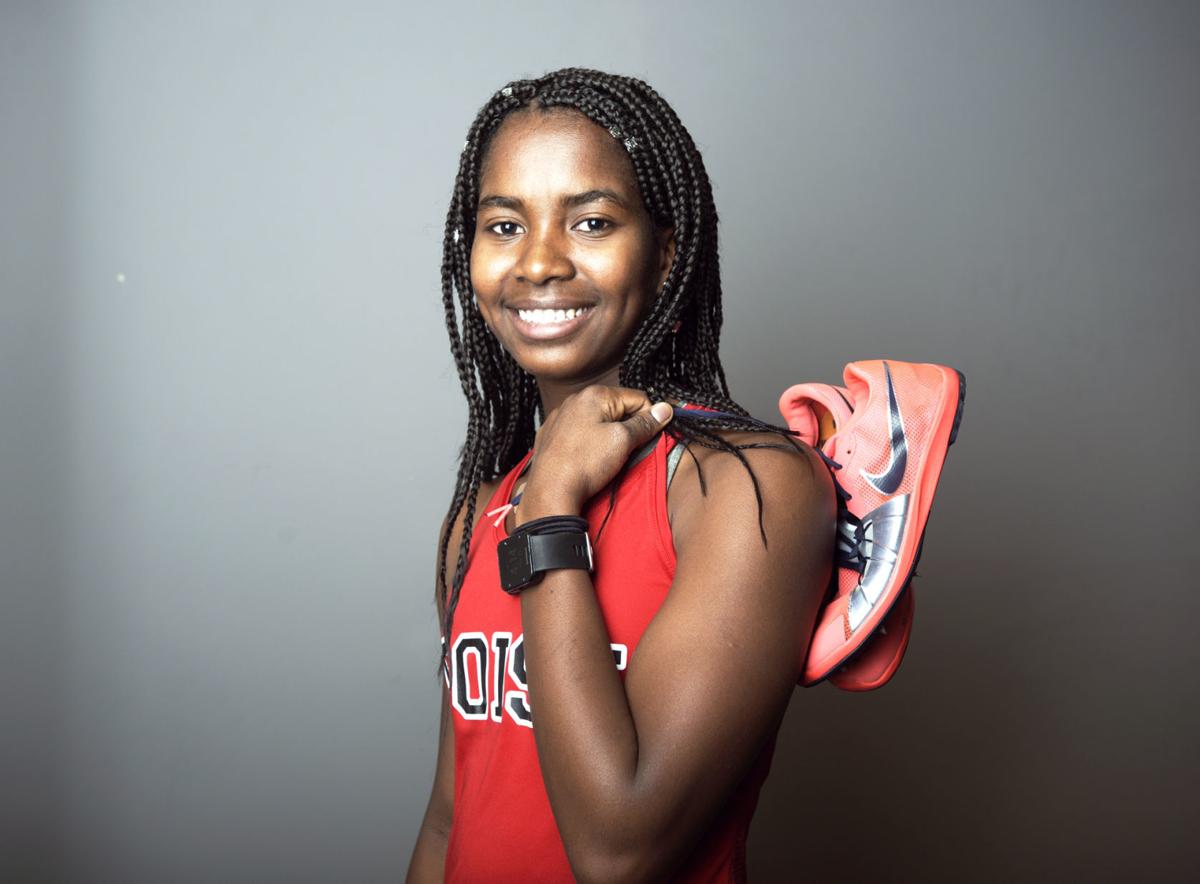 This wasn't supposed to be Lizzie Dildine's year.

But no one told the Eagle High School girls cross country runner that.

The junior did what no other runner in Idaho could do. She dethroned the seemingly unbeatable Lexy Halladay.

Dildine denied the Mountain View senior a chance to become the first girls runner in Idaho history ever to win four individual state championships by capturing the 5A title. She also had three other wins and three top-5 finishes.

For these achievements, Dildine is the 2019-20 Idaho Press Sports Stars Girls Cross Country Athlete of the Year.

Dildine was 0-3 against Halladay going into state. She had just lost to her by 18 seconds the week before at districts.

And it looked like Halliday was going to beat Dildine and the rest of the field with ease. Halladay easily led for the first two miles.

But while Halladay slowed down a little after mile marker No. 2, Dildine didn't. She beat her personal record time by 15 seconds at 17 minutes, 42.2 seconds — the third fastest time in the state last fall — to best Post Falls' Sydney Shanahan by three seconds for her first ever state championship at the Portneuf Wellness Center in Pocatello on Nov. 2.

Halladay finished 15th at 18:43.8 — her worst time in more than two years. She had only ever lost on Idaho soil twice and both of those had asterisks next to it. Halladay didn’t finish districts as a freshman because of the flu and a heat stroke caused her to collapse 35 meters from the finish line at the same meet last year.

Dildine also won the Jimmy Driscoll Invitational, the Caldwell Twilight Invitational and the Steven Thompson Memorial Centipede. This after not winning a single race during her first two years.

LEXY HALLADAY, MOUNTAIN VIEW: While the senior failed to make history, she still goes down as arguably the best girls cross country runner the state has ever seen.

Halladay combined for 14 wins over her career and is just the fifth girl in Idaho history ever to win three state titles.

She added to her already historic resume by winning four meets, including the Bob Firman Invitational and the Nike Portland XC. It resulted her being ranked the No. 14 girls runner in the country, according to DyeStat.com.

Her personal best time of 17:30.7 at the Nike Portland XC was the second-fast time in the state last fall. If you throw out her very uncharacteristic result at state, she had an average margin of victory of 30.25 seconds.

Halladay will run for BYU in the fall.

ROSINA MACHU, BOISE: The junior was, in many ways, the catalyst of the Boise High girls cross country team.

She posted wins at the Grizzly XC Fest and the Boise City Meet. Machu also had two other top-2 finishes and she finished fourth at districts.

She was the first Brave's runner to cross the finish line at state in sixth with a personal best time of 17:59, which ended up being the sixth-fastest in the state.

Boise won both districts and state for the second year in a row while being ranked as high as 12th in the country, according to DyeStat.com with Machu leading the charge.