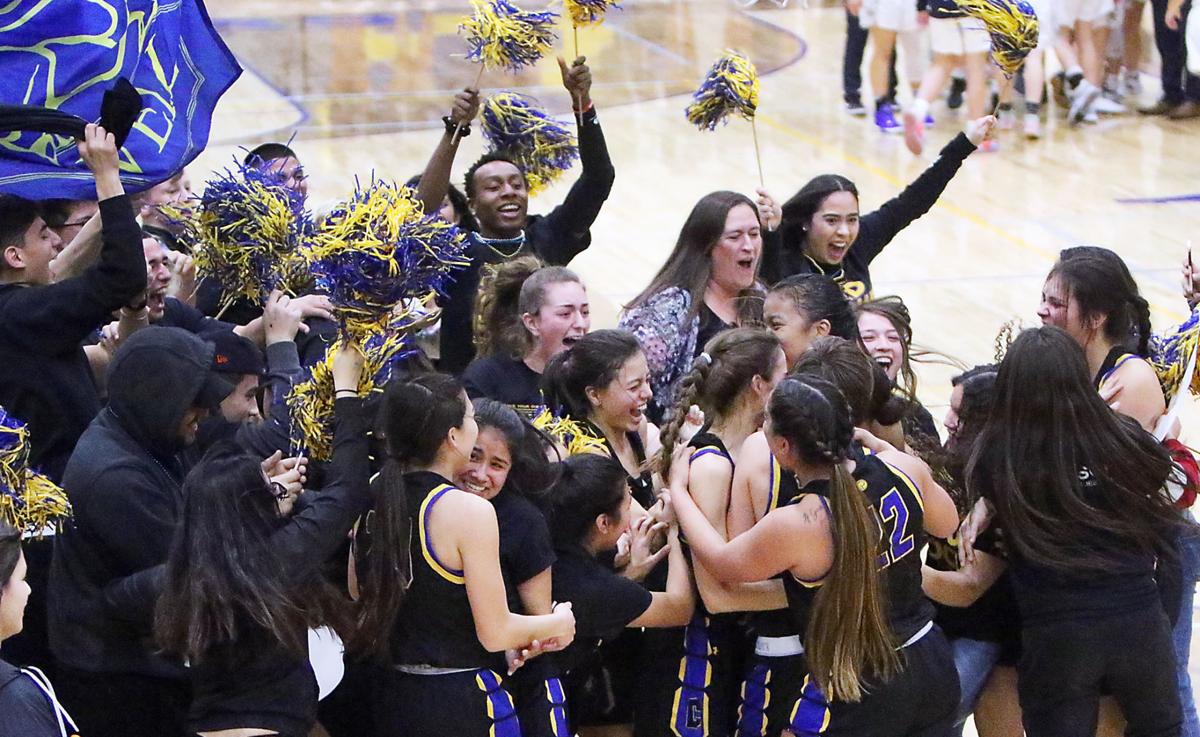 Members of the Caldwell girls basketball team are surrounded as they celebrate a win over Middleton during the 4A District III Tournament Championship game on Feb. 13. 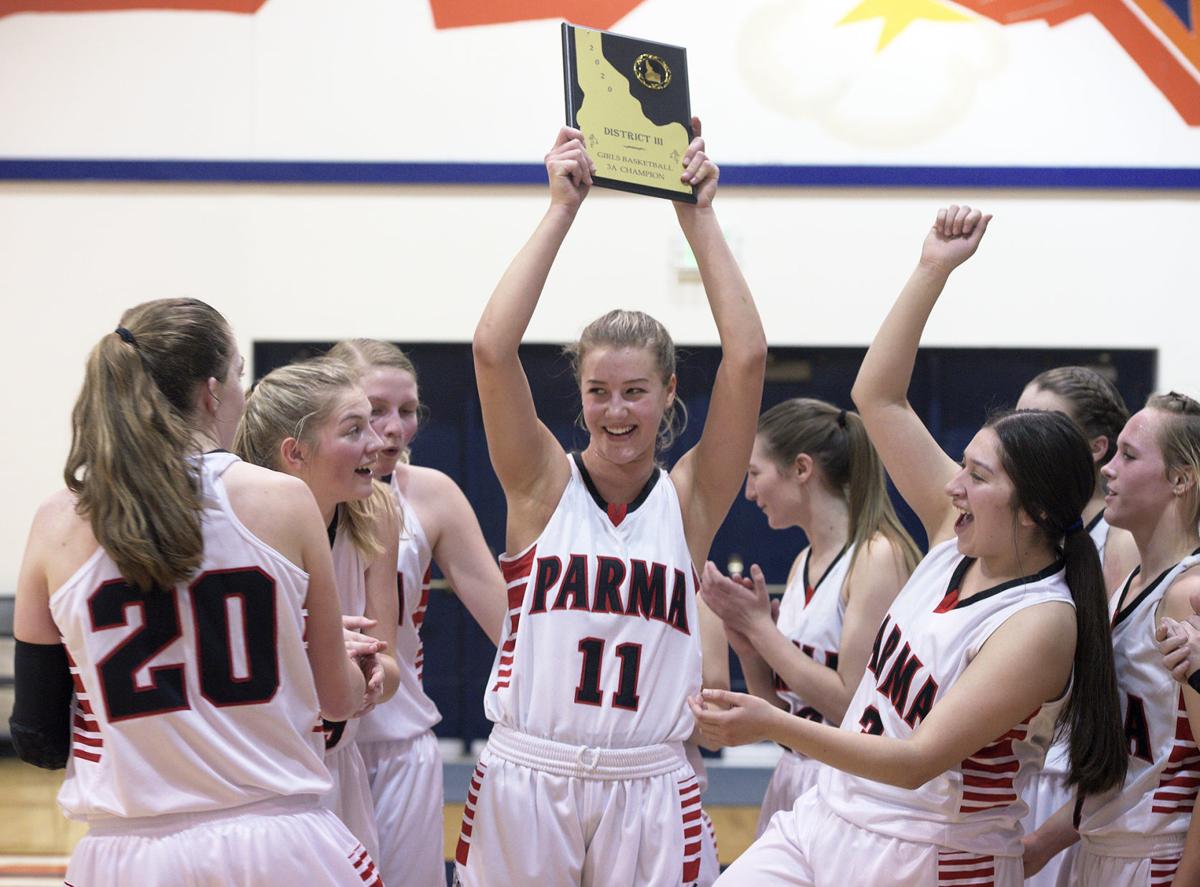 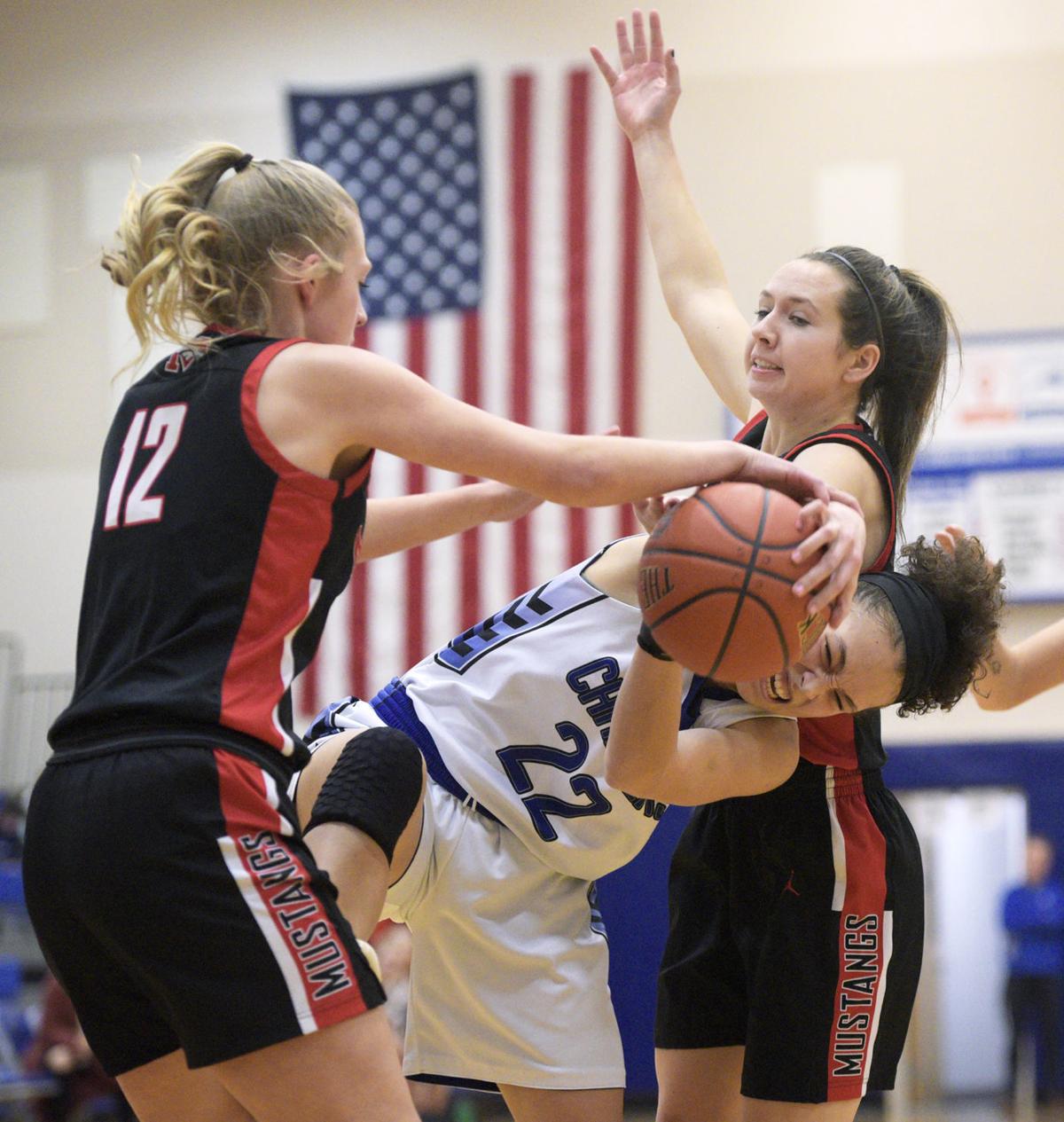 Cole Valley Christian forward Desirae Kingery (22) battles Melba's Keylee Wilson (12) and Kortney Trapett for control of the ball during the game on Dec. 19, 2019.

Members of the Caldwell girls basketball team are surrounded as they celebrate a win over Middleton during the 4A District III Tournament Championship game on Feb. 13.

Cole Valley Christian forward Desirae Kingery (22) battles Melba's Keylee Wilson (12) and Kortney Trapett for control of the ball during the game on Dec. 19, 2019.

It followed up a banner 2018-19 campaign that featured a state runner-up finish with another one.

The Cougars (23-4) finished ranked fifth in the state, was second in the 4A Southern Idaho Conference, took third at state and won its first District III title.

For these feats, the Caldwell girls basketball team is the 2019-20 Idaho Press Sports Stars Canyon County/Surrounding Areas Girls Winter Team of the Year.

Caldwell ran through most of its competition too.

It twice had winning streaks of at least nine games. Caldwell also won 17 games by double figures with a point differential of 16.8 points and beat 5A teams like Lake City.

But the Cougars still struggled to be the best team in their own conference for a while. They were routed 69-39 by rival Middleton on Jan. 21. It was their fifth straight loss to the Vikings and the worst loss in two years.

Caldwell finally got that monkey off its back when it mattered most, though. It made a little history in the process too. The Cougars handed Middleton a double-digit loss of their own three weeks later in a 47-37 win in the District III championship on Feb. 13. It was the first district championship in the 110-year history of the program.

Caldwell followed that up by beating Preston, which spent most of the season ranked in the top-5, in the first round of state. The Cougars then fell to defending state champion Century 47-28, but rebounded the very next day in the third-place game. They cruised by Sandpoint 44-29 to bring home state trophies in consecutive seasons for the first time in at least 36 years.

PARMA BASKETBALL: The Panthers (21-3) won the 3A Snake River Valley Conference and District III titles for the fourth consecutive years.

Parma also finished ranked as the No. 2 team in the state and won its third straight state trophy. It beat Filer 53-45 in the third-place game. Its 16-game winning streak was the fourth-longest in the state this past season.

MELBA BASKETBALL: The Mustangs (21-4) won their fourth consecutive 2A Western Idaho Conference championship. They also brought home their fourth state trophy in as many seasons.

Melba took runner-up at districts to Cole Valley Christian and gave state champion Soda Springs its toughest test at state in a 49-41 loss in the semis. It responded by defeating Declo 36-26 in the third-place game.