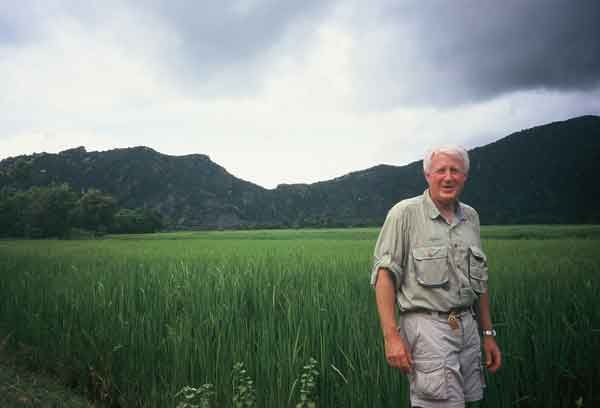 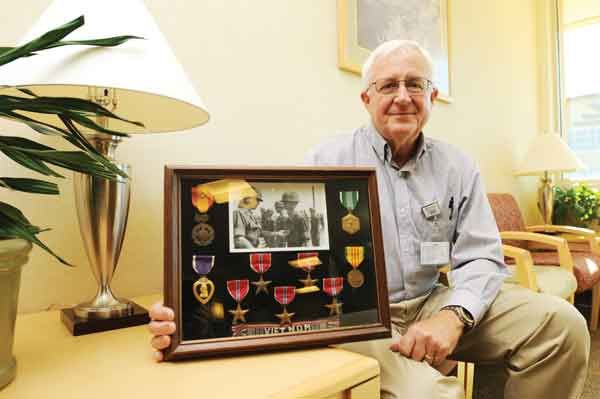 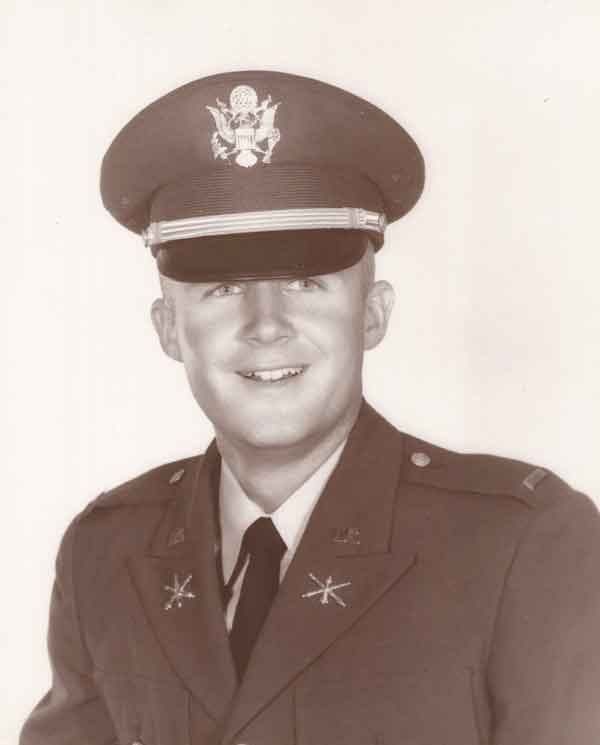 They’d been driving for 13 hours, trusting their driver as he deftly weaved around motorists and pedestrians and through towns and rice paddies.

Dr. Ted and Mary Colwell were searching for a mountain. A particular mountain.

Then he saw it. Not surprisingly, he recognized it right away. When you spend five months figuring a way to overtake something, that memory is bound to stick.

In 1968-69, as a second lieutenant in the Army during the Vietnam War, Ted worked with his U.S. colleagues and allies from other countries to reclaim Tuc Dup Hill, nicknamed Million-Dollar Hill, from the Viet Cong. It was a lesson in having a goal, working hard and following through to completion.

It was a lesson he began learning as a teenager, as a singer and performer who toured the world.

‘You’re young and you feel sort of invincible.’

For many young men in the 1960s, an expenses-paid trip to Vietnam was their first time overseas, or even out of state. For Ted, it was yet another stamp in a well-worn passport.

Midway through his high school years, Ted began traveling the globe with international music group Up With People – spreading a message of unity and reconciliation throughout the world. His final two years of high school were completed via correspondence.

When Ted was drafted into the Army at the age of 21, he wasn’t particularly surprised or broken up. He had long felt a certain level of responsibility to serve, plus he believed in the domino theory: that a Communist regime grabbing control of one country would lead to similar takeovers in other regions.

“I felt I was going to give it my best shot,” he said. “You realize you could be in the middle of things, but at the same time you’re young and you feel sort of invincible.”

After basic training early in 1967, Ted was accepted into Officer Candidate School. After months of advanced artillery training, he was named a second lieutenant.

It was October 1968 that Ted finally was sent to Vietnam — but first he had some unfinished business. Before shipping out, he proposed marriage to Mary, a fellow singer from Up With People whom he’d met a few years earlier. She said “yes” before he left for his tour of duty overseas.

‘At times we were calling in artillery just 50 yards in front of us.’

Compared to most of Ted’s military chums, who had never been outside the U.S., he had an easy time adjusting to life in a foreign, hot, humid and generally less-than-comfortable country.

“Living overseas, I had been in worse conditions,” he said.

Ted was named a forward observer within the 9th Infantry Division in South Vietnam’s Mekong Delta. If he were to see an ambush or enemy target, Ted’s job was to call in the artillery, providing vital coordinates and other pertinent details.

“At times we were calling in artillery just 50 yards in front of us,” he said.

Almost immediately Ted was placed with a Special Forces battalion for a significant mission: claim a mountain. Million-Dollar Hill, which included a hospital and a series of caves, had become an enemy infiltration route from Cambodia into the Delta. It also was a major supply route at the end of the Ho Chi Minh Trail.

After a six-month struggle, soldiers from the U.S., Cambodia and South Vietnam finally took the hill. It was a major victory, but Ted couldn’t help but wonder, “Now who’s going to hold it?” In fact, within a few years, the North Vietnamese Army had reclaimed the ground.

With the mission over, Ted was placed with a U.S. Army company and eventually named executive officer of a battery, overseeing nearly 100 men.

When his 10-month tenure in Vietnam was through, Ted had five Bronze Stars, two Army Commendation Medals, a Purple Heart, the Vietnamese Cross of Gallantry, a marriage on the horizon and a new goal to work toward: become a physician.

He also left with an appreciation for the Vietnamese countryside.

“When the war is over, Vietnam would be a great place to come back to as a tourist,” he told Mary.

‘They had no idea what was going on in Vietnam.’

Ted’s transition into civilian life didn’t leave much time for introspection — not with a wedding to help plan and a career to attain. He immediately began his pre-med studies at UCLA.

“The biggest thing I had was great family support,” said Ted, who was born and raised in Southern California.

On campus, support wasn’t so readily available. Ted was there at UCLA during the anti-war riots of 1970. He angrily watched as students waved North Vietnamese Army flags in support of the enemy he’d recently left behind.

“They were very idealistic, but they had no idea what was going on in Vietnam,” he said.

Unlike many returning soldiers, Ted didn’t struggle with mental challenges or troubling memories. “I was able to just sort of put it aside, because I had a new goal.”

Ted continued striving for that goal during medical school at UC Davis, and in 1982 he finally reached it. He moved his wife and three kids to Caldwell to begin work as an OB/GYN.

“We thought Idaho would be a better place to raise kids,” said Ted, who was hired at Caldwell Women’s Clinic. It was renamed OB/GYN Associates, then recently West Valley OB/GYN.

Ted has been caring for patients and delivering babies in Caldwell at West Valley Medical Center for 32 years.

‘You risk getting shot at just to get the mail and a shower.’

There they were, staring at a mountain that Ted knew all too well. But everything else had changed in the past 30 years.

During the war, Million-Dollar Hill was a dangerous place. Even small tasks presented challenges — including a 1-kilometer walk to a nearby post. At times Ted found himself sprinting along rice paddy dykes with bullets whizzing past his feet.

“You risk getting shot at just to get the mail and a shower,” he said.

Modern-day, post-war Vietnam is a difference place. It’s a tourist destination. There’s a monument and snack bar where men once fought, day after day, with their lives on the line.

Ted found a bit of peace in the country’s transformation. Among the remnants of battle, he also witnessed natural beauty, as well as the hustle and bustle of free-market activity.

“Despite the atrocities and senselessness of the war, he somehow needed to feel his contribution had significance,” Mary wrote after the trip. “Those five months had not been pointless, forgotten acts of bravery.”

Ted had been a goal-oriented achiever before and during the Vietnam War. Military service did not squelch this one characteristic.

“Ted saw, as in everything he attempts, a job to be done and did it, in this case military service, to the very best of his ability,” Mary wrote.

As a doctor working inconsistent hours, it’s easy for Dr. Ted Colwell to let Veterans Day come and go without much thought. That is, until one of the intermittent phone calls he receives from his brothers or children, thanking him for serving.

“As you get older, those things mean more,” he said.