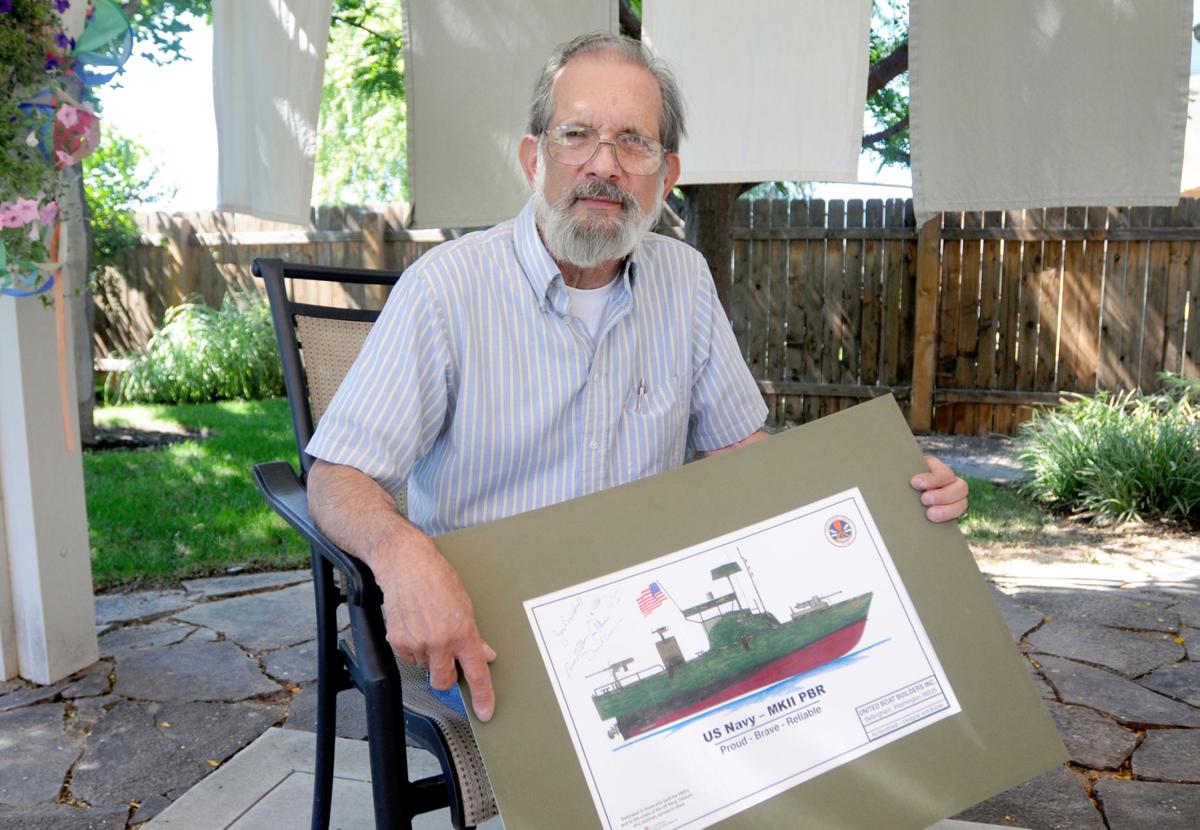 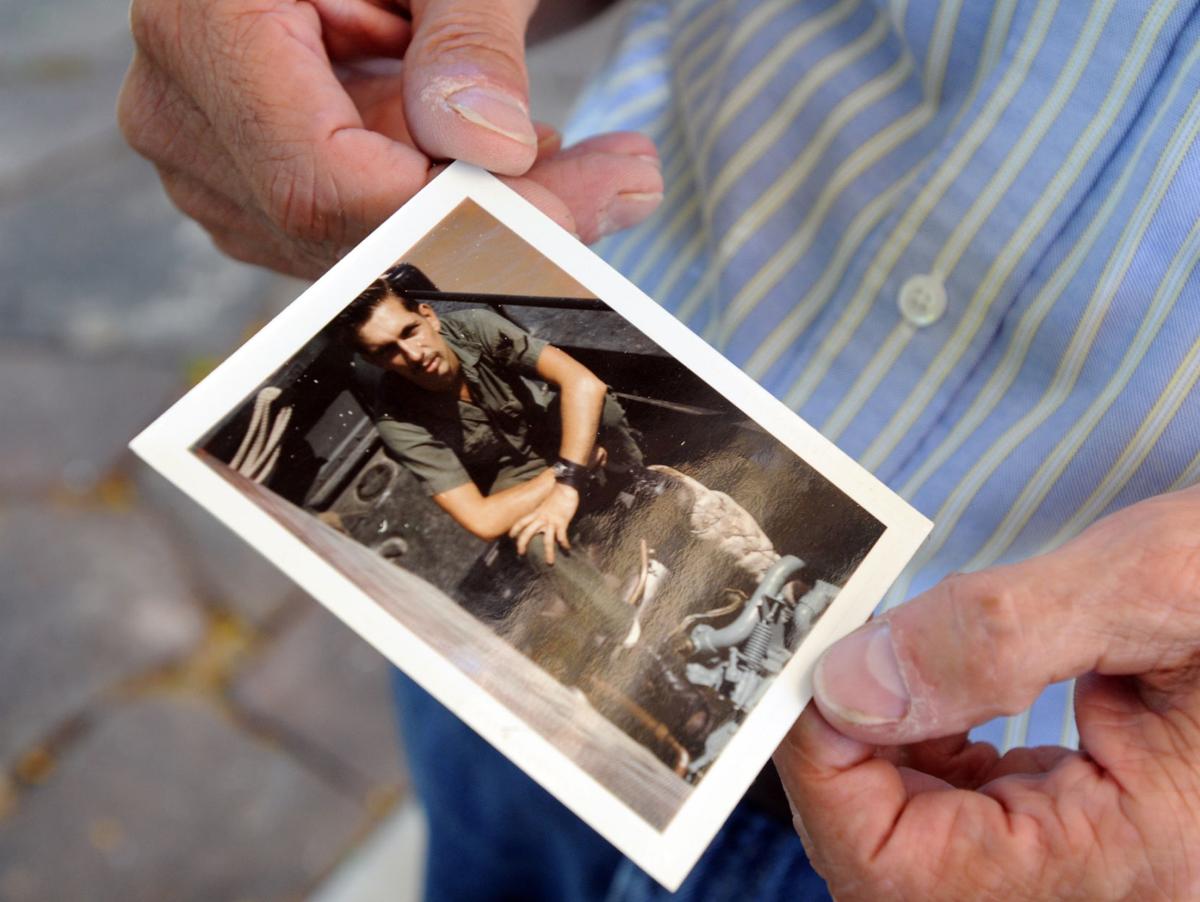 Parrishholds a photo of himself taken in November 1968 when he was a Patrol Boat River engineman on the Mekong River. 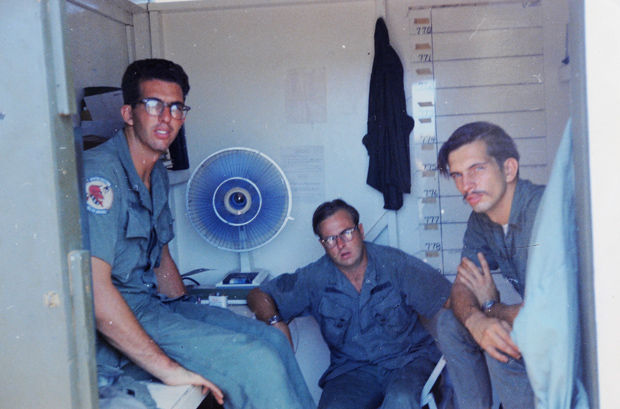 A photo taken at the end of a day patrol in June 1969 of PBR river boat engineman Bob Parrish, of Boise, right, with Earl Standefer, center, and Russell O’dell, left, during the Vietnam War. 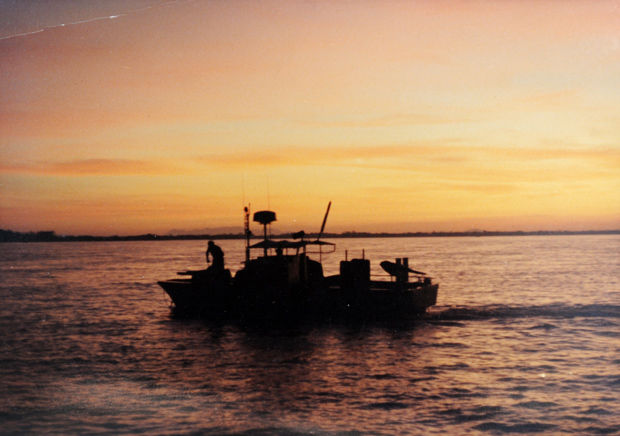 A photo taken on the Mekong River of the PBR river boat Parrish served on.

Parrishholds a photo of himself taken in November 1968 when he was a Patrol Boat River engineman on the Mekong River.

A photo taken at the end of a day patrol in June 1969 of PBR river boat engineman Bob Parrish, of Boise, right, with Earl Standefer, center, and Russell O’dell, left, during the Vietnam War.

A photo taken on the Mekong River of the PBR river boat Parrish served on.

In a quiet, scenic southeastern Boise housing community, Bob Parrish is living his third life. The first two — childhood in Chicago, young adulthood in southeast Asia — he left behind a long time ago.

When Parrish returned from the Vietnam War in November 1969, he didn’t care so much about where he’d come from. He mostly thought about the future.

“I was very frustrated that the world had gone on without me,” he said.

In the years that followed — 30 of which were spent in the home he built south of Nampa — he’s been busy catching up.

Before Parrish’s second and third lives, there was a first one on the west side of Chicago. He grew up there, then went on to post-high school coursework at nearby City College and DePaul University, studying music.

School meant a “2-S” classification, which meant Parrish was highly unlikely to be drafted into military service and the Vietnam War. But toward the end of his sophomore year, a counselor came to him with unsettling information. Parrish was set to be reclassified and placed in the Army.

“The Army was a ticket to Vietnam,” Parrish said.

Rather than waiting a couple weeks and almost certainly being drafted into the Army, Parrish enlisted in the Navy in late winter 1966.

More than a year later, he was sent to Vietnam.

“The notion of where I was going was a little alarming,” he said.

For exactly one year in Vietnam, Parrish put his mechanic skills to use on a PBR, which stood for “Patrol Boat River.” These 31-foot-long fiberglass boats were designed for rivers, where the four-man crews were tasked with preventing the flow of supplies from Cambodia to North Vietnamese forces.

The enemy was nothing if not painstakingly patient, Parrish said.

“If it took them one person to move one bullet 100 miles, they would do it,” he said. “They did whatever it took to foil us.”

Without standardized uniforms or a set of rules to play by, the enemy was incredibly difficult to identify.

On the river, danger was intensified by the frequent lull of complacency.

“It was complete boredom, and a moment later it could be the biggest adrenaline rush you could ever imagine,” he said.

Parrish finished his time in Vietnam, then served on a ship off the California coast for several months before re-entering civilian life — a new life, in fact.

In 1970, as he reintegrated into American society, Parrish was frustrated.

“I was angered by the conduct of the war,” he said.

What’s more, his family had moved away from Illinois. His friendships had waned. With nothing tying him to one particular spot, he took up residence in northern California.

“Four years in the Navy was a complete disconnect from my previous life,” he said.

Parrish went back to school almost immediately, but the study of music was a distant memory. New life, new major: computer engineering.

“It’s where the world was going,” he said. But it wasn’t exactly where he was headed.

Parrish worked his way through college doing woodwork restorations, and eventually he and a friend opened and ran a shop for four years. It was also during this time that he met his wife, Vivian.

Through friends, the couple discovered Idaho’s Treasure Valley, a place with a slower pace of life they found appealing.

In 1974, they bought 5 acres south of Nampa, where Parrish built a house. They lived there for the next 30 years, raising their son and daughter.

But along with a home, Parrish needed to build a career. The woodworking market in Idaho was poor, so he returned to a skill he learned halfway across the world. He worked on engines.

Parrish fixed diesel engines in Mercedes-Benz and Volvo cars for several years, later becoming a service manager. It was excellent preparation for his next, longest and final gig: auto mechanics instructor at Nampa High School for 17 years.

For the most part, Parrish left Vietnam behind. He only brought two things back: cancer, and the attitude he needed to deal with cancer.

By 2004, he had begun getting sick a lot at school. He was diagnosed with leukemia, caused by the Agent Orange chemical that the U.S. military sprayed in Vietnam during the war, he said. Chalk it up as just one ramification of what Parrish calls America’s nonsensical devotion to being the “world’s cop.”

At the urging of his oncologist, Parrish took early retirement and began dealing with his leukemia. But by 2012, he had gone through every chemotherapy option — to no avail.

Parrish went to Seattle to interview for a stem cell transplant. It was a fruitful journey that resulted in a perfect match for transplant – a procedure that has changed his health outlook.

The sarcastic way that he dealt with the doctors and hospital staff was vital for his recovery, he said.

“That flippancy is what got me through that,” he said.

It’s the same attitude that got him through the war, he said. It’s a life left behind, yet not forgotten.

Email has allowed Parrish and seven of his former PBR crew members to stay in touch. They share a bond forged in close quarters amid uncomfortable circumstances. It connects them to this day, he said.

“It’s a casual friendship, but it has this foundational bond that’s very hard to describe,” he said.

The Meaning of Veterans Day

In line with Parrish’s efforts to move on and put the war behind him, he never expects community members to thank him for serving — although he politely accepts any such praise.

The modern-day term for the bond between soldiers, Parrish said, is “having each other’s back.”

“We took care of each other,” he said.