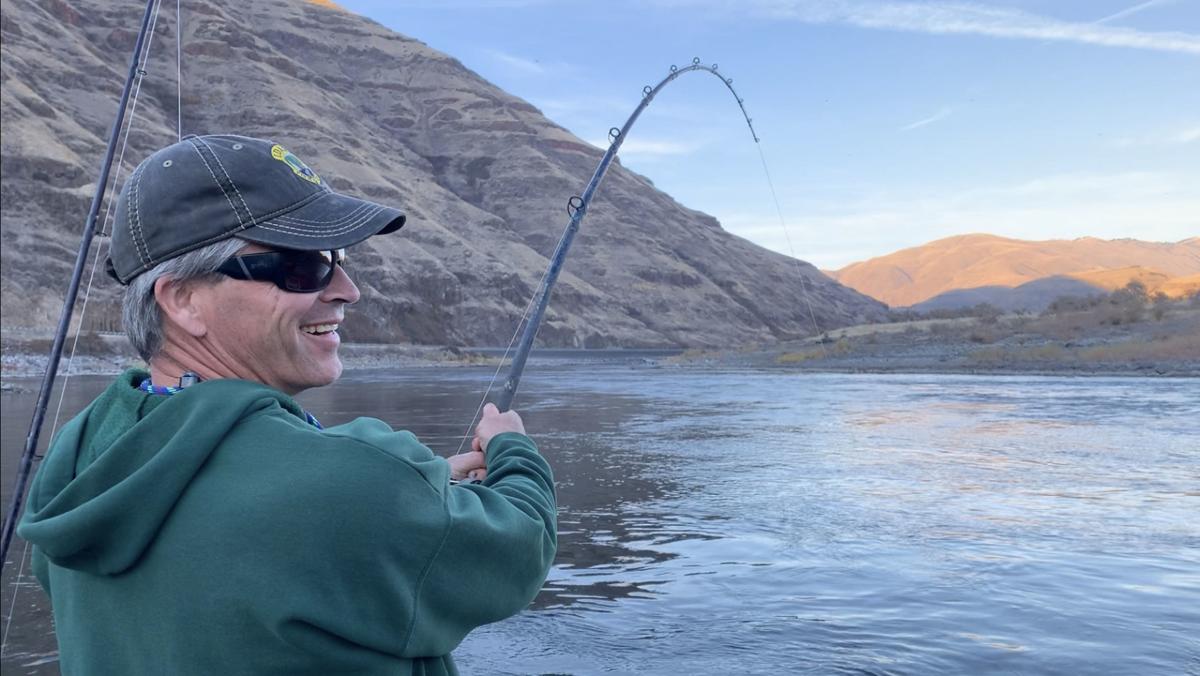 Joe DuPont, regional fisheries manager for the Idaho Department of Fish and Game fights a large sturgeon during the recent Sturgeon Summit on the Snake River. 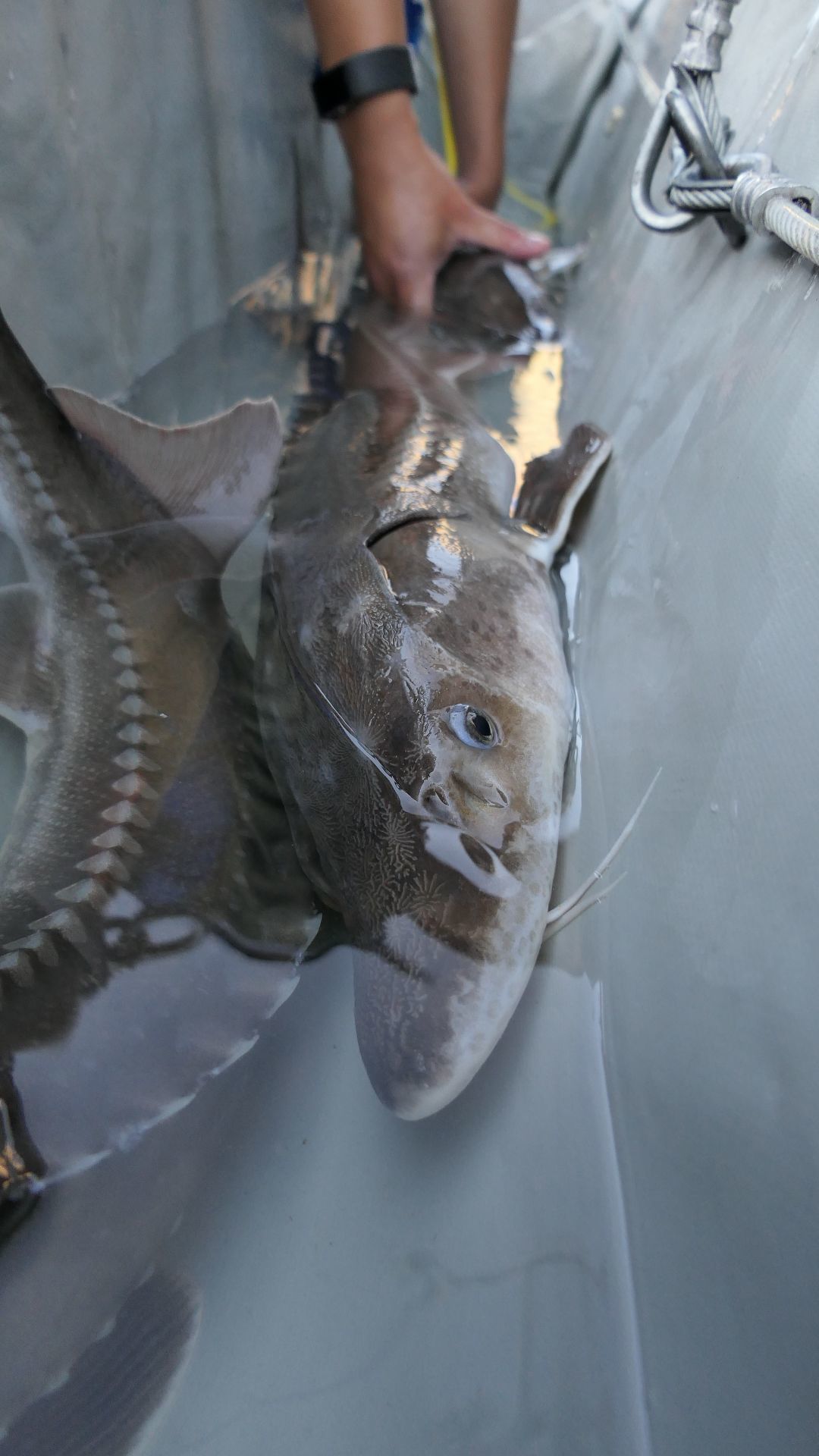 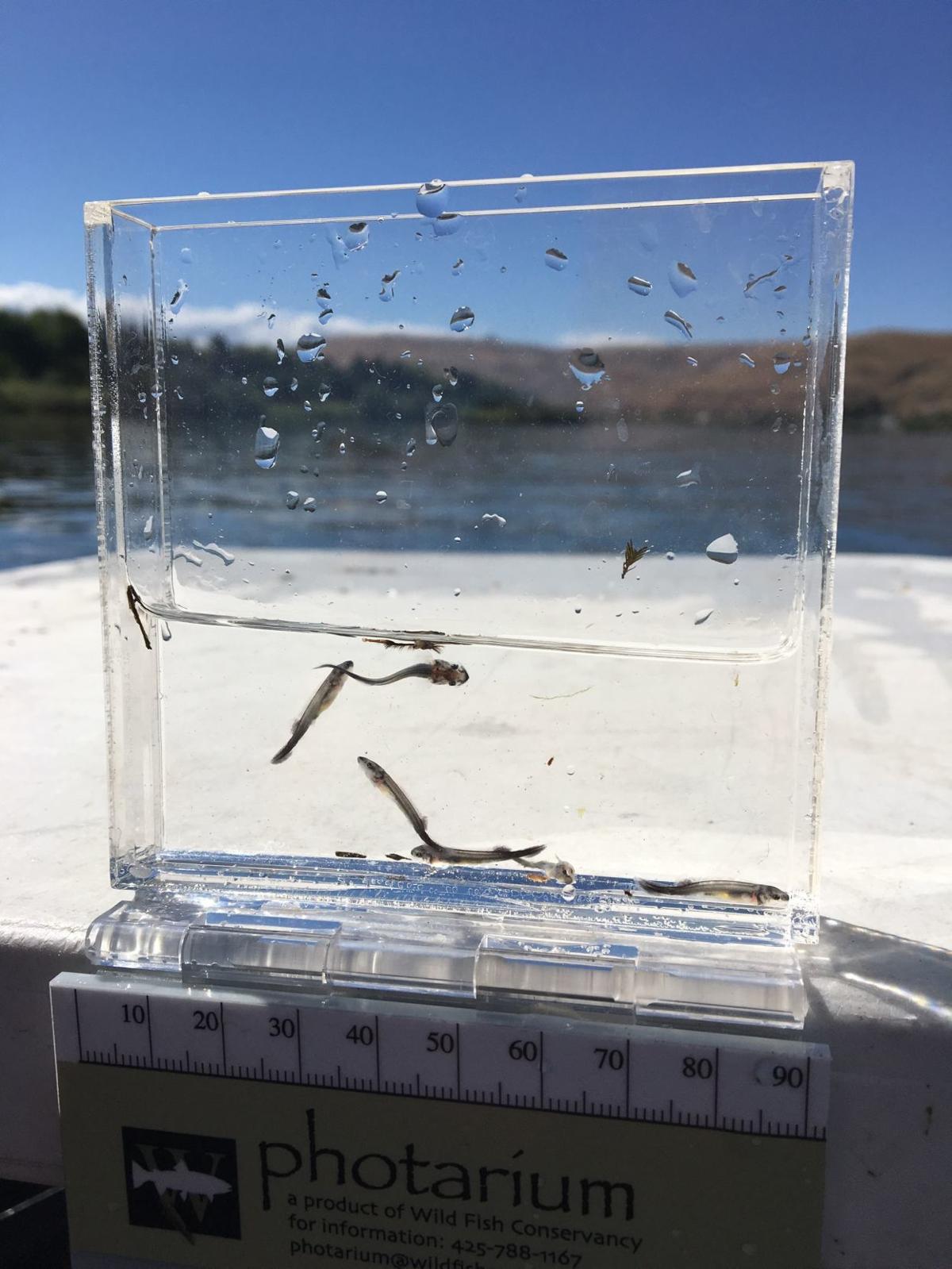 Joe DuPont, regional fisheries manager for the Idaho Department of Fish and Game fights a large sturgeon during the recent Sturgeon Summit on the Snake River.

Fisheries managers and researchers are gaining confidence that sturgeon in the Hells Canyon reach of the Snake River are reproducing.

Studies aimed at capturing young sturgeon, sturgeon larva and eggs in 2014-16 gave fisheries officials some alarm when they failed to document any young fish in Lower Granite Reservoir — a known sturgeon rearing area. A previous population survey conducted from 2012-14 indicated the sturgeon population was stable but also documented a possible decline in young fish.

The once-a-decade population survey prompted officials to look for evidence of successful sturgeon reproduction and survival, known as recruitment. They focused those efforts in Lower Granite Pool — the slack water portion of the river starting near Lewiston and extending downstream to Lower Granite Dam.

“It’s believed that a good portion of the sturgeon eggs that hatch — the larva will drift down into Lower Granite Pool,” said Joe DuPont, regional fisheries manager for the Idaho Department of Fish and Game at Lewiston. “They have a drift period of about two weeks, where they are slowly or (quickly) moving down river, dependent on current.”

The effort to locate young fish and successful reproduction in the pool began in 2014. For three years, Idaho Power Company sturgeon biologists were unable to document sturgeon recruitment there. That changed in 2017 when the researchers sampled larva, eggs and young-of-the-year sturgeon. They did the same in 2018 and 2019.

Idaho Power company does much of the sturgeon research in Hells Canyon as part of its monitoring responsibility associated with operation of the Hells Canyon complex of dams. The agency also monitors sturgeon populations in the Middle Snake River as it crosses southwestern Idaho.

The Idaho Department of Fish and Game considers Hells Canyon to be a core conservation population for the prehistoric species that is popular with anglers. For decades, fishing regulations in Idaho and Oregon have required anglers to release any sturgeon they catch in Hells Canyon.

He said sturgeon are broadcast spawners. That means they don’t deposit their eggs in a nest on the river bottom like salmon and steelhead. Instead the eggs are broadcast into the current and drift until they settle to incubate.

It’s believed that high flows spread the eggs out, so they are harder to find by species that feed on them. High spring flows also coincide with turbid water that makes it more difficult for predator fish to find the eggs, larva and young fish when they are especially vulnerable to predation.

The fact that sturgeon are not widely successful at spawning every year doesn’t appear to be a problem.

“They don’t have to be successful every year. They are such long-lived species they can ride through intermittent hardships,” Lepla said.

Lepla also documented that young sturgeon grow much faster in Lower Granite Reservoir compared to fish upstream in the free flowing section between Hells Canyon Dam and Buffalo Eddy. Sturgeon less than 3 feet long in the river may grow less than an inch a year but the same size fish in the reservoir can grow three to four inches a year.

In the reservoir, fish may reach a length of 12 inches in their first year and exceed 2 feet in length by their second year. In the river, it can take fish as long as 15 to 20 years to exceed 2 feet.

Similarly, it can take a sturgeon about 50 years to reach reproductive size, about 7 feet, in the river compared to just 20 years in other reaches of the Snake with slower moving water.

DuPont speculated the fast growth in the reservoir could be tied to different food sources there. He said in recent decades introduced Siberian prawns and neomysis shrimp have proliferated, and once scarce sand rollers, a small native fish, have recovered.

“With all these new creatures in there, there is this huge food base for these sturgeon,” he said.

However, research has yet to confirm that. Lepla believes slow growth in the free flowing section of the river is tied to population density. He said in the flowing section of the Snake River, sturgeon show strong fidelity to certain areas, or holes, and their numbers can become quite dense in prime habitat. Juvenile sturgeon in Hells Canyon sometimes don’t move more than about 1 mile. Many of the areas where sturgeon are found have high numbers of small fish of indeterminate age in them.

“When you do have a high number of fish in some of those holes, the growth rates in those areas are really slow, less than a few centimeters a year. You have fish that may grow less than a few inches over a period of a decade based on tag data,” Lepla said.

“Once they get past 3½ feet or so, growth is starting to pick up. I think it’s just too many mouths for the food that is there,” he said.

He doesn’t know why sturgeon, especially young fish in upriver areas, are not more prone to seeking greener pastures.

“If resources are limited, you would think they would range about and seek other areas rather than have such high fidelity to those areas,” he said. “We do have some PIT tagged fish that come downstream, and of course (their) growth increases.”

Young fish in the reservoir also move much more than fish in Hells Canyon.

“In the river, food is brought to you. In the reservoir you have to go move around and seek the resources, and it takes less energy to move around in that environment as well,” Lepla said.

DuPont said some of the things they are learning about sturgeon could lead to management actions in the future if recruitment does become a problem. For example, he said at some point, managers could explore moving some slow growing sturgeon from the free flowing river section down to the pool. Fish of spawning age could also be moved from the Lower Granite Pool to upstream areas with better spawning habitat, although fish often do that on their own. He said research is needed to determine of those are viable tools.

“We are talking about solutions hopefully we don’t need to use,” he said. “But if there is a problem, ... we should do some of these studies up front to have them in our pocket as a tool.”