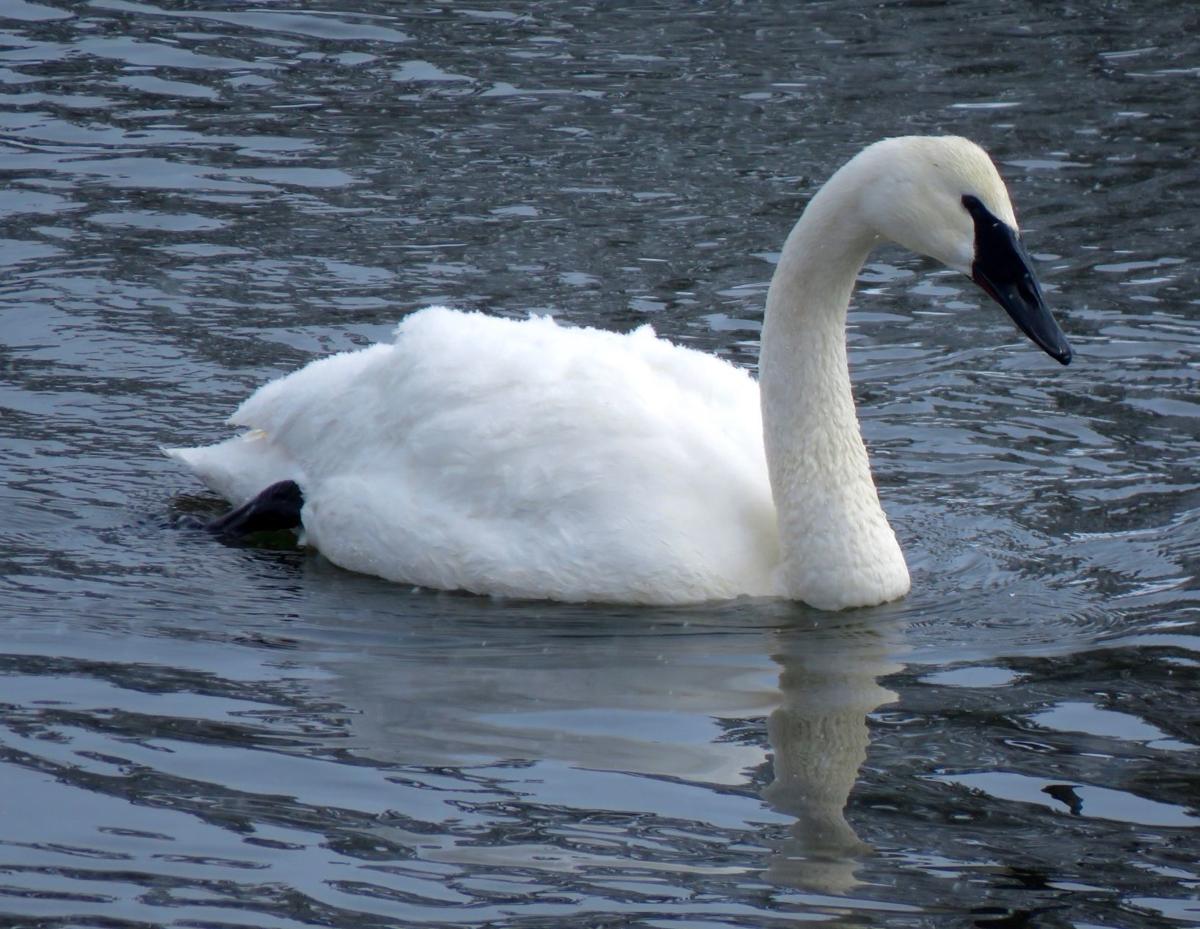 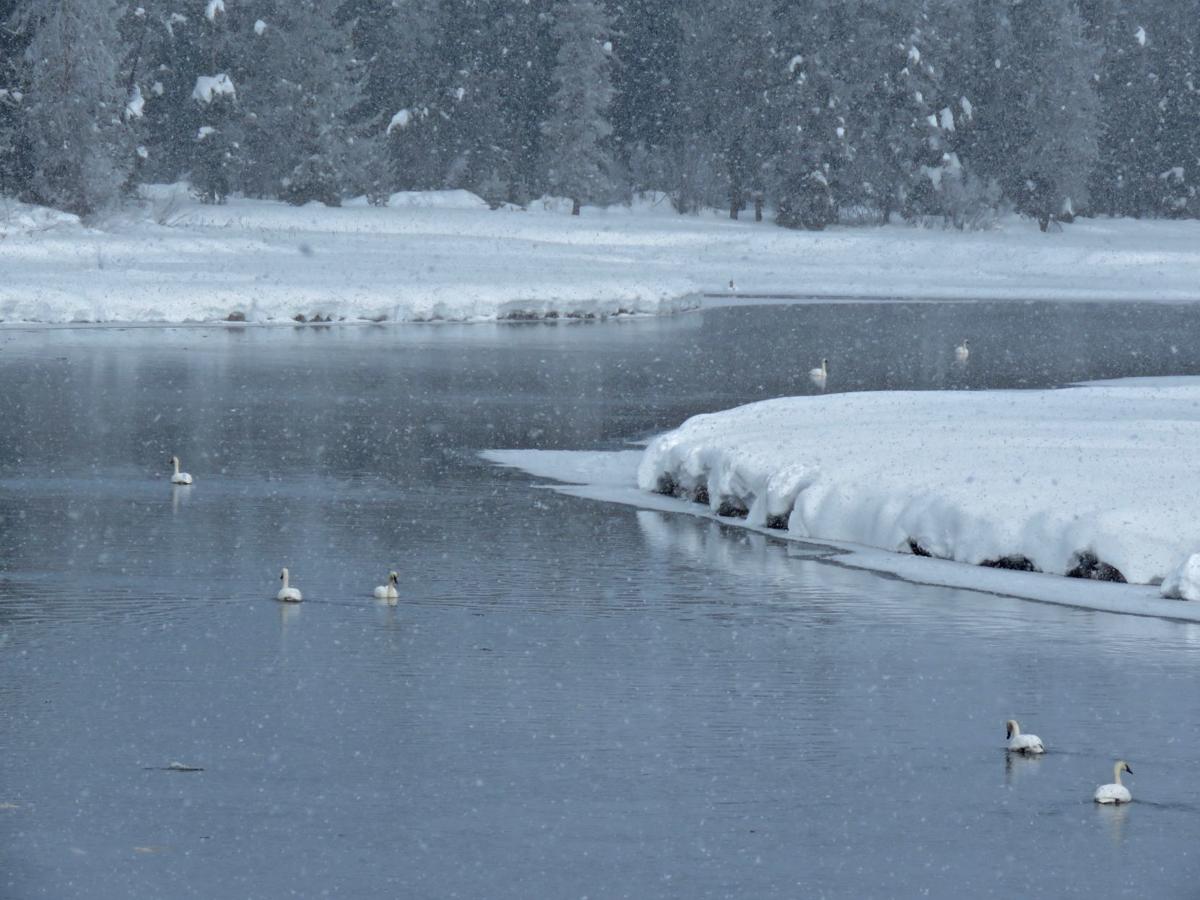 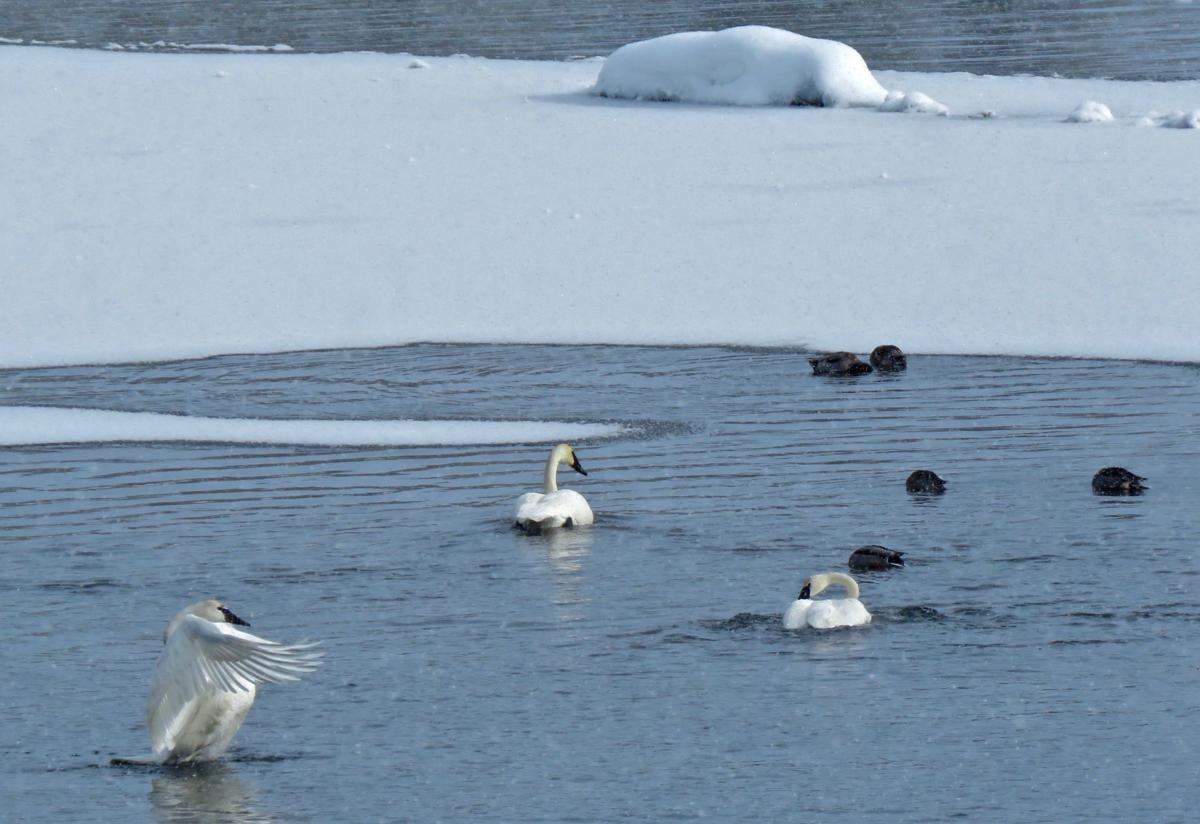 While snowshoeing down the groomed trail at Harriman State Park on a February day, you immediately notice the whispering notes from wind rustling through lodgepole pines combined with the silky sounds of the rippling waters of the Henrys Fork of the Snake River.

But Nature’s symphony really doesn’t build to a crescendo until you take in the deep trumpeting of the park’s renown trumpeter swans.

Each winter, thousands of swans migrate to eastern Idaho. Cross-country skiers and snowshoers have the opportunity to see dozens of them around each bend on the Henrys Fork, which flows through the park.

The large white birds are lured to the area find their predominant winter diet of vegetation in the slow and shallow waters of the river. That is a boom to wildlife watchers and photographers who want to see the birds in a concentrated area.

“Trumpeter swans never really leave the park, though the population does deplete in March and April,” said Morgan Smith, a park staffer who watches swan populations closely. “You will be able to see trumpeter swans year round in the park or surrounding area here in Island Park.”

She also added that they start building their nests in April and will lay eggs in May or June. If you’re interested in updates on swans and other wildlife in the park, check out the park’s Facebook page.

The state park is about 5 to 6 hours from Treasure Valley and a long weekend trip.

Pete has been writing about the outdoors in Idaho and the Northwest for decades. Give him a shout at pete@getoutdoorsnorthwest.com.