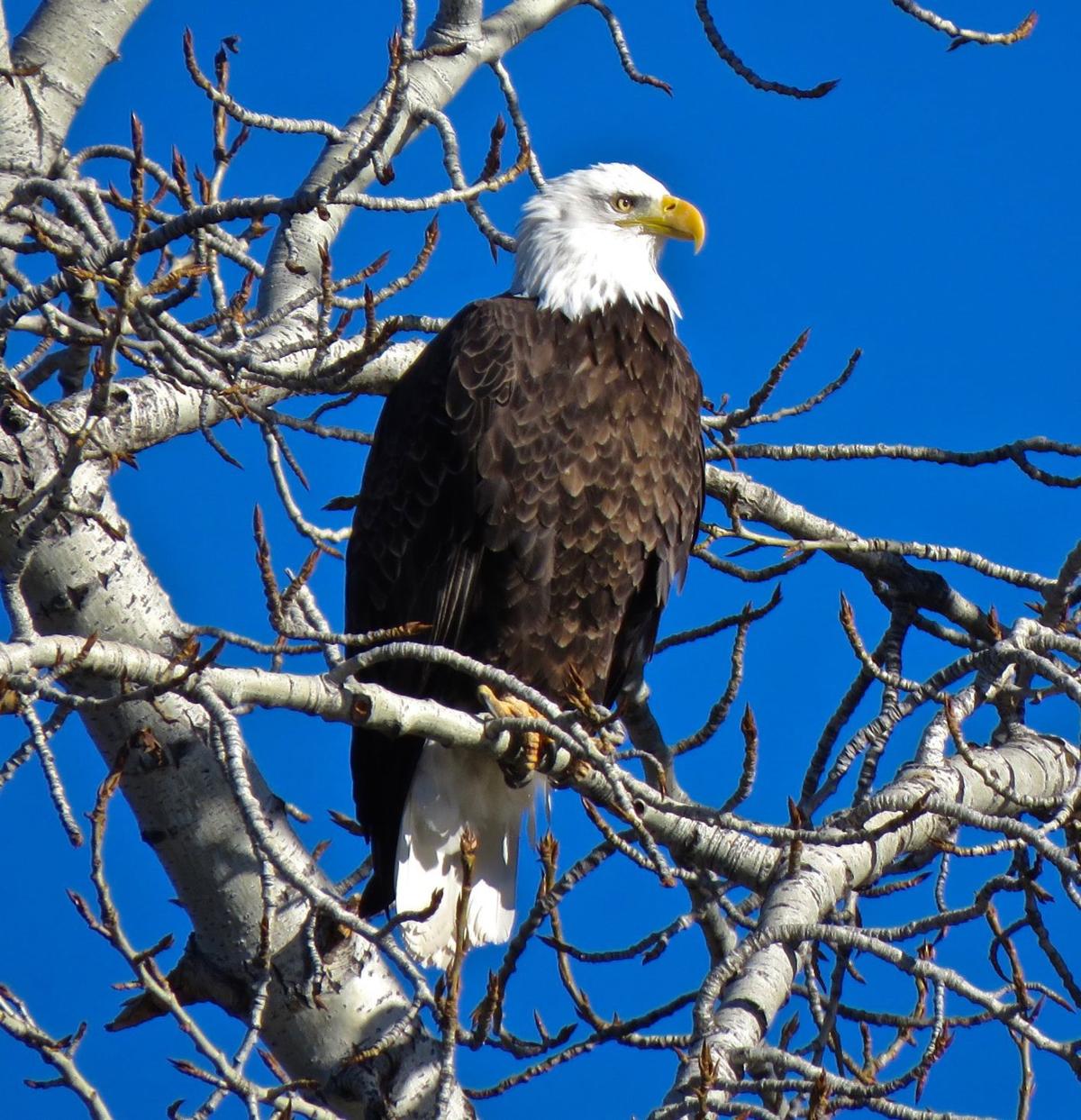 A bald eagle along the Boise River.

A bald eagle along the Boise River.

A bald eagle! Right above me on the Bethine Church River Trail along the Boise River. What a sighting.

Actually, I shouldn’t have been so surprised. It’s winter and eagle-watching time clear across Southern Idaho.

Migrating bald eagles start appearing at their traditional wintering grounds in Idaho in October. Populations peak during January and February.

In winter, according to Idaho Fish and Game, the birds are primarily concerned with feeding and conserving energy. They congregate on rivers, lakes and reservoirs to find food, such as fish and waterfowl.

I’m getting reports of eagles on the North Fork of the Payette River below Lake Cascade Dam; at Lake Lowell from the Deer Flat National Wildlife Refuge visitors center to Gotts Point; and at “The Eagle Tree,” located between Hagerman and Wendell, just north of Box Canyon State Park near a restaurant called West Point Shack. Stop in Hagerman for lunch and ask for directions to the tree.

The folks at the Catfish Junction RV Park on the Oregon side of Brownlee Reservoir near Huntington have been seeing a few bald eagles and even got a photo of one sitting on a nearby post.

It’s an ideal time to get photos of eagles with a telephoto lens, but keep your distance and don’t disturb them. They need to conserve energy in the winter.

Pete has been writing about the outdoors in Idaho and the Northwest for decades. Give him a shout at pete@getoutdoorsnorthwest.com.