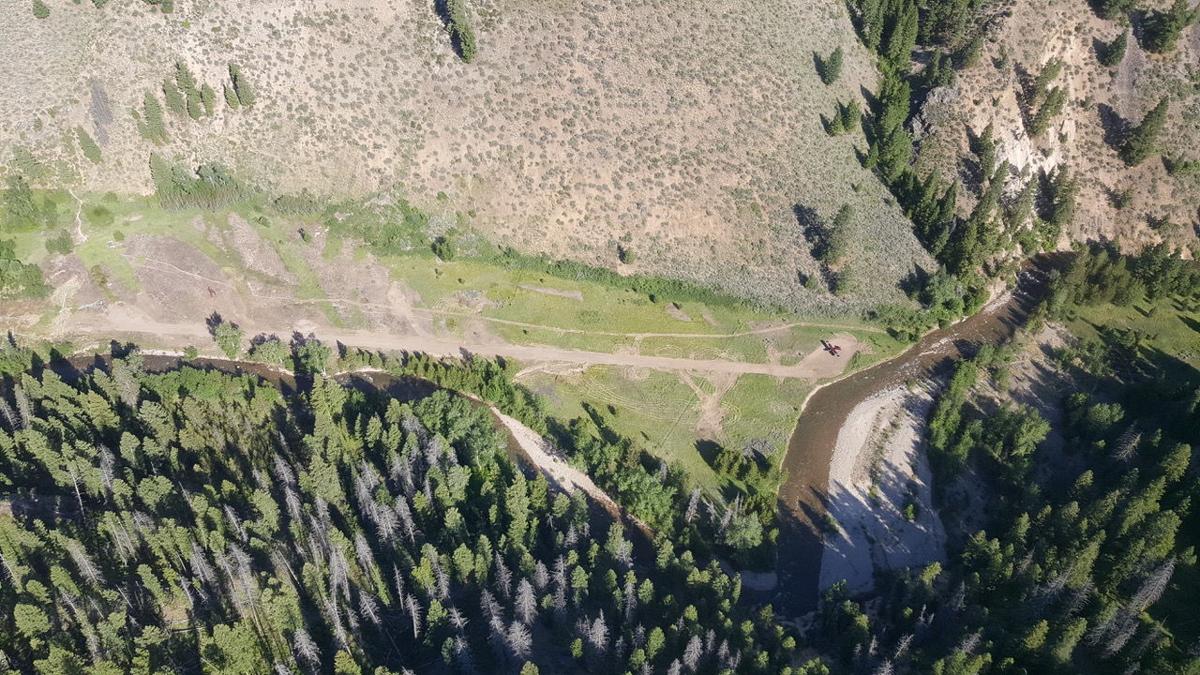 The Idaho Department of Fish and Game has constructed a new airstrip on state land along Marble Creek within the Frank Church-River of No Return Wilderness Area. The strip will provide more access to the wilderness area but is opposed by some advocates who say it threatens water quality, fish habitat and will lead to more air traffic in the remote area. 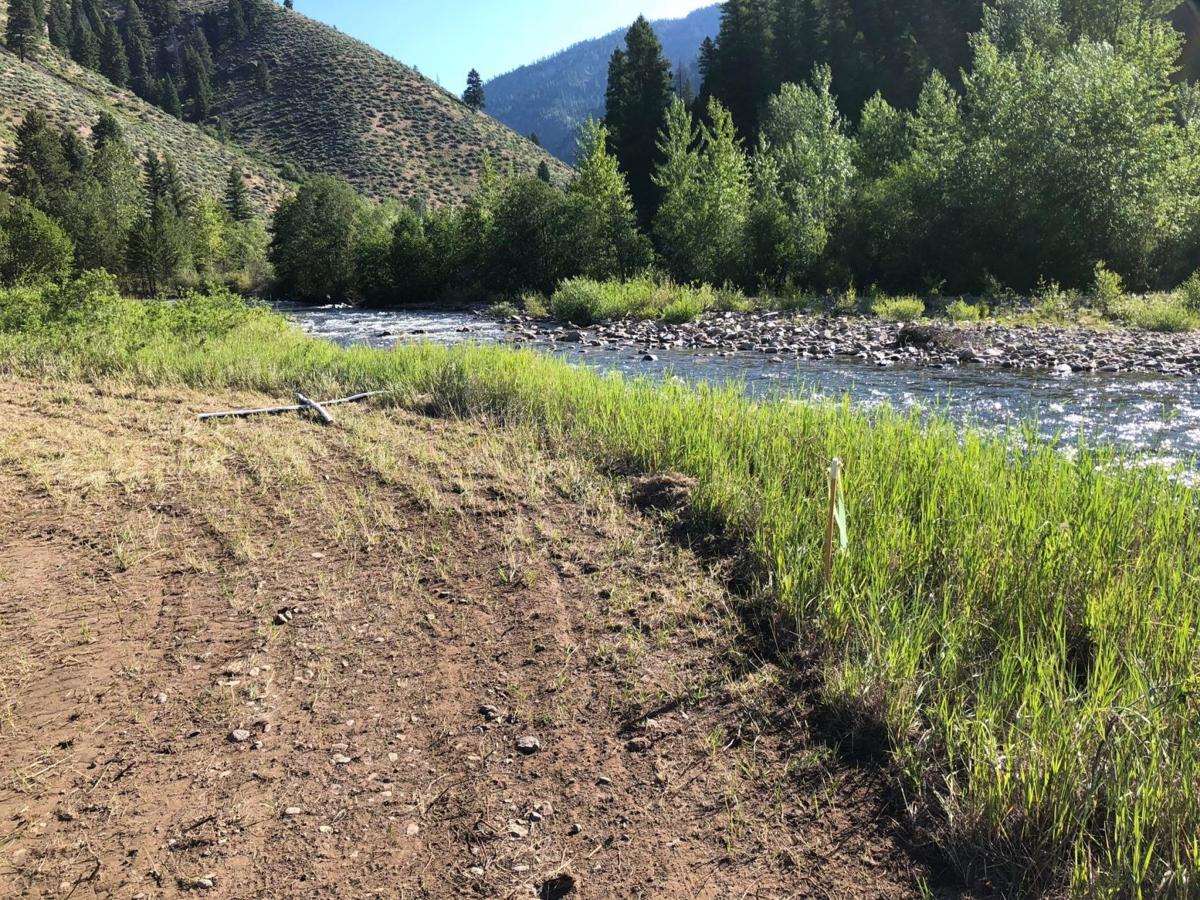 A new airstrip on Idaho Fish and Game property along Marble Creek at the Mitchell Ranch has angered some wilderness advocates who say it will increase air congestion and degrade fish habitat.

The Idaho Department of Fish and Game has constructed a new airstrip on state land along Marble Creek within the Frank Church-River of No Return Wilderness Area. The strip will provide more access to the wilderness area but is opposed by some advocates who say it threatens water quality, fish habitat and will lead to more air traffic in the remote area.

A new airstrip on Idaho Fish and Game property along Marble Creek at the Mitchell Ranch has angered some wilderness advocates who say it will increase air congestion and degrade fish habitat.

Wilderness advocates and fans are upset over an Idaho Fish and Game airstrip built in the middle of the Frank Church-River of No Return Wilderness Area but have little recourse to fight it.

The agency recently flew in a small 55-horsepower, 4,000-pound backhoe to build an airstrip at its Mitchell Ranch property about 3 miles off the Middle Fork of the Salmon River and along Marble Creek, a salmon- and steelhead-bearing stream. The agency says the strip increases access for hunters, anglers, trappers and others to the 2.3 million-acre wilderness area. But others worry the strip will add to what they say is congested air over the protected expanse of wild country and perhaps lead to sediment leaching into the pristine creek.

Because the strip was built on the agency’s property, it wasn’t subjected to federal wilderness regulations, such as a ban on motorized equipment operating there. Nor did it have to go through an Idaho State Historic Preservation Office review to ensure the construction didn’t unearth artifacts. Air travel into remote strips was authorized by the Central Idaho Wilderness Act of 1980, and there are several other strips there. The wilderness area surrounding the ranch is managed by the U.S. Forest Service.

Tom Curet, supervisor of Fish and Game’s Salmon Region, said the strip was built on a nonriparian area of the Mitchell Ranch and won’t damage water quality.

“It is on an upland area that was historically used as a potato field, away from the stream and not on saturated soils.”

He said some trenches were dug to keep water from pooling on one section of the strip, which will be open to the public once it becomes certified by the state. A few cottonwood trees also were cut down to make it safe to land.

Airstrips in the wilderness area have become congested during hunting season he said, and the new access point will help alleviate that. In recent years, the Idaho Fish and Game Commission scaled back on the number of nonresident deer and elk tags offered in the wilderness area by 90 percent because of crowding. Curet said the commission directed the department to do what it can to improve access. He said the agency has used grants to fund trail improvement work in the wilderness area that has fallen off because of tight federal budgets. In addition, a proliferation of fires there over the last decade or so have led to trails being clogged with fallen trees.

The agency also sought to add to the area’s remote airstrips.

“There had been flights there in the past, and we decided if we developed it it would provide more access to sportsmen,” Curet said. “I think it’s safe to say most Americans appreciate wilderness and wild areas, and the department does too. We want to be able to do proper management and have our sportsmen have the access that was agreed upon in the (Central Idaho) Wilderness Act.”

By law, federally designated wilderness areas are places where motorized and mechanical travel is forbidden. Even bicycles and wheelbarrows can’t be used there. For fans of wilderness, the rules are important to preserving the land in its primitive state and providing a place rife with solitude and do-it-yourself experiences.

Cort Connelly of Boise said the new airstrip is only about 3 miles from an existing strip at Thomas Creek.

“If a hunter can’t walk 3 miles, he or she isn’t capable of packing out a deer or elk,” he said.

He said the ranch is an archaeological site used both by American Indian tribes and by former homesteader and owner Billy Mitchell. Mitchell sold the property to the department in the late 1940s.

“He would have never wanted an airstrip there,” Connelly said. “It’s not only on a Wild and Scenic River, it’s on an archaeological site.”

Gary Macfarlane of the Friends of the Clearwater at Moscow said from pictures he has seen of the strip, it appears it was built in a lush riparian area.

“It doesn’t look like an upland area to me,” Macfarlane said. “There are a lot of sedges in there that have been scraped off. I am more than a little disappointed. Anybody concerned about wildlife and wetlands I think would be angry at what has happened there. I think the good folks at Fish and Game, and there are a lot, would also be angry and ashamed at what’s gone on there.”

Craig Gehrke of the Wilderness Society at Boise said his organization looked into the airstrip but determined since it was built on a state-owned inholding property surrounded by the federally designated wilderness area there were no legal levers to pull.

“I don’t think there is any particular recourse, but I’m concerned about wilderness values and what they plan to do with these airstrips,” Gehrke said.

Curet said the strip cost about $37,000 to build, not including the purchase price of the piece of equipment used there. He said the equipment will be used in other places. He also said the new strip is about 7 miles from the next closest airstrip.