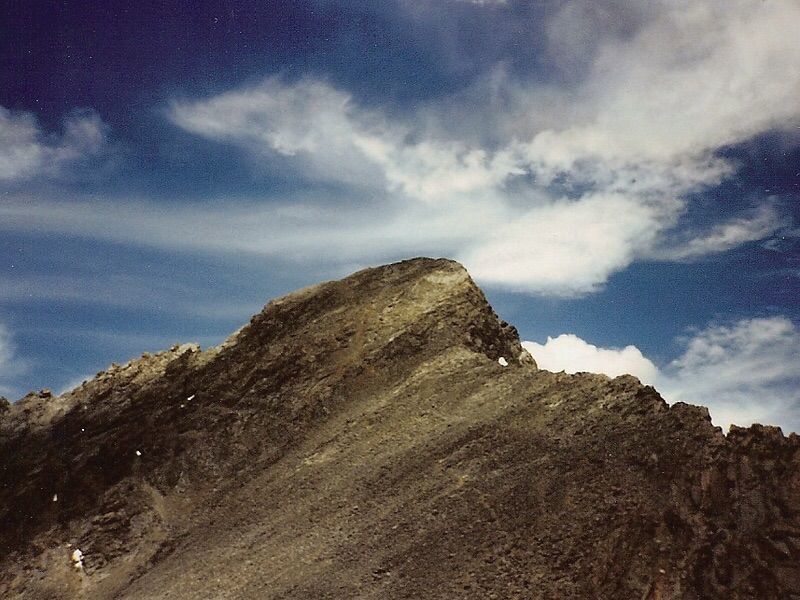 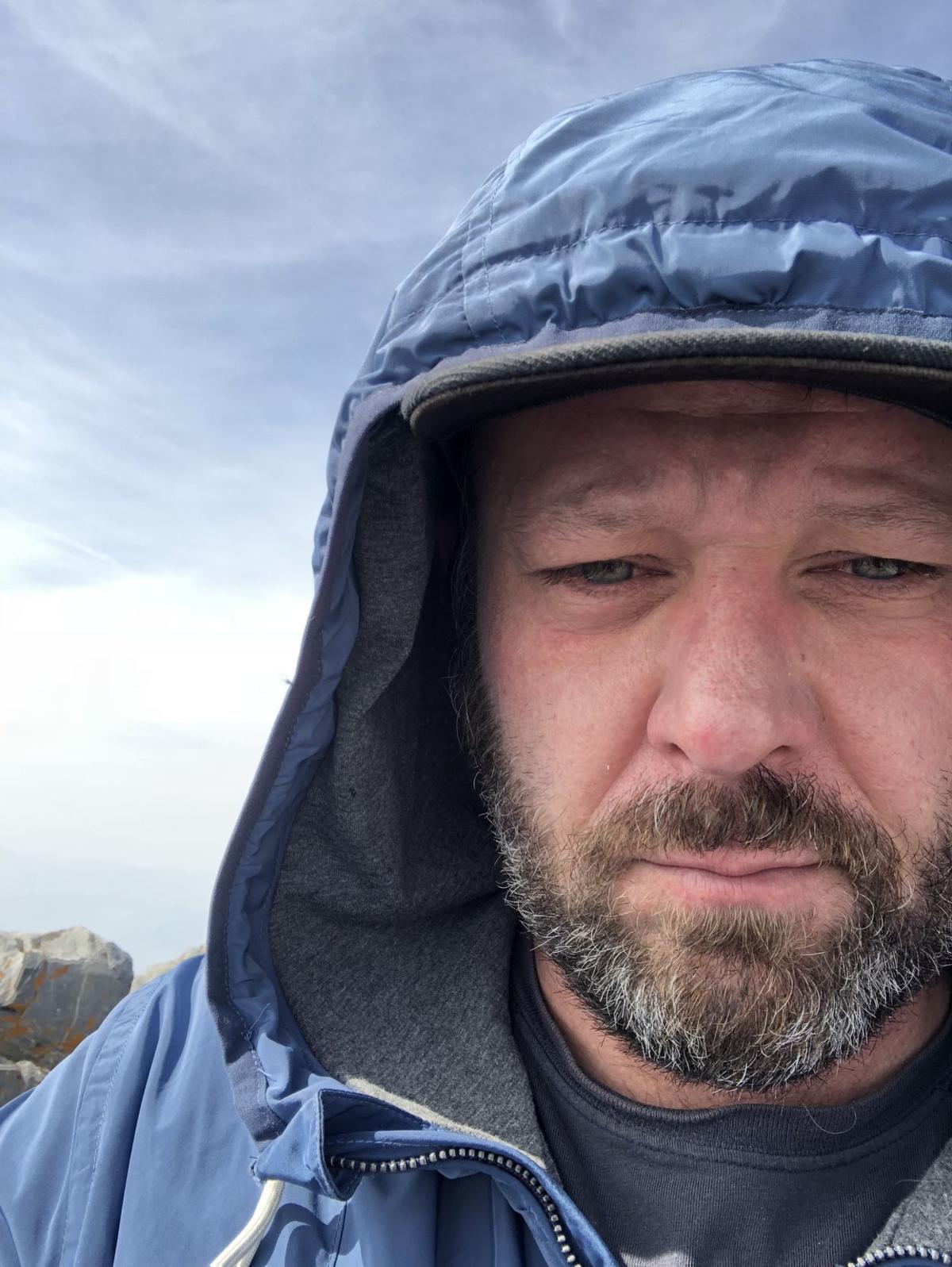 This photo, a selfie, was taken by hiker Jeff Lowe as he took on Mt. Borah. 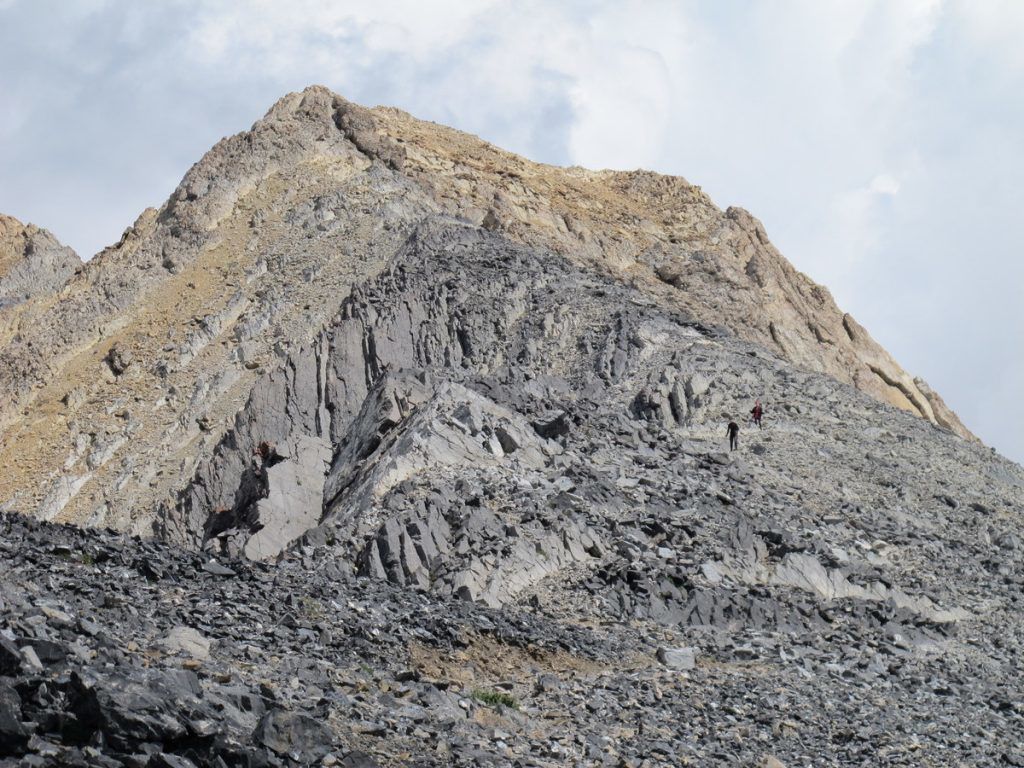 Mt. Borah is Idaho’s tallest peak and hundreds make the attempt to summit every year. This is a view approaching Chicken Out Ridge, a point about two-thirds up the mountain where many decide to turn around. 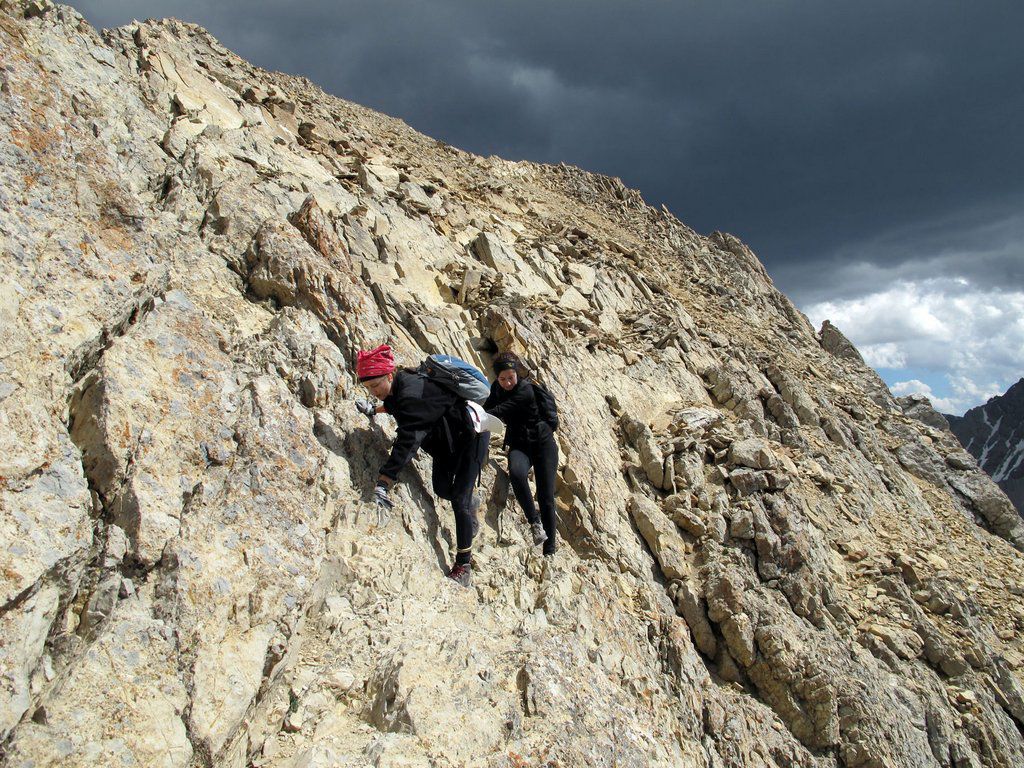 Here, a close-up view of traversing Chicken Out Ridge, a portion of the Mt. Borah trek that requires a bit of rock climbing. 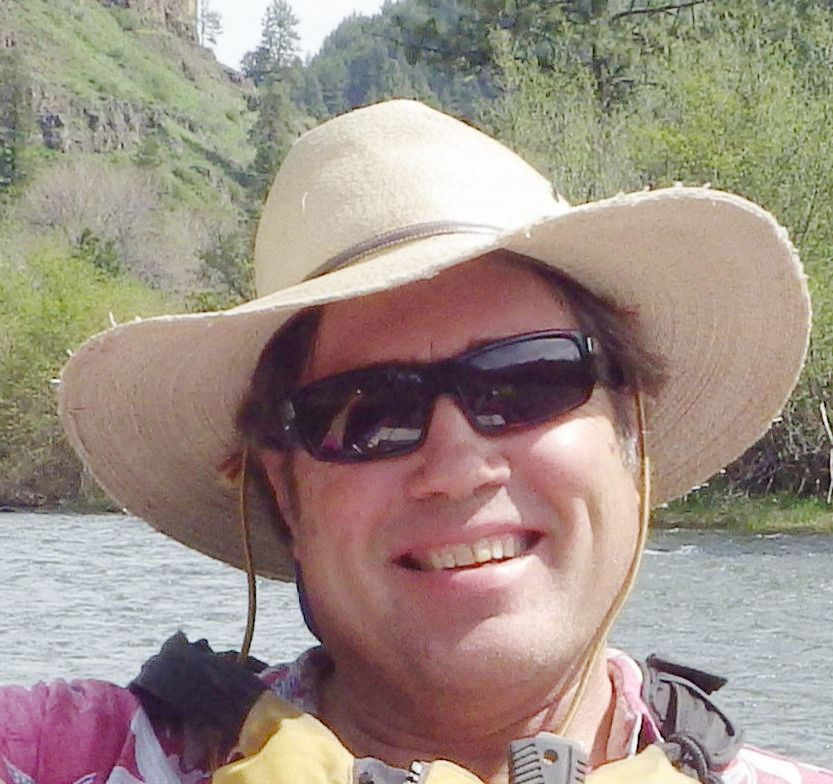 This photo, a selfie, was taken by hiker Jeff Lowe as he took on Mt. Borah.

Mt. Borah is Idaho’s tallest peak and hundreds make the attempt to summit every year. This is a view approaching Chicken Out Ridge, a point about two-thirds up the mountain where many decide to turn around.

Here, a close-up view of traversing Chicken Out Ridge, a portion of the Mt. Borah trek that requires a bit of rock climbing.

When Jeff Lowe of Boise decided to hike 12,662-foot Mount Borah, Idaho’s tallest peak, he tried to think about the extra things he’d need in his day pack — a flashlight, a pocket knife, extra food and water and a jacket.

But the 38-year-old graphic designer neglected to bring an extra pair of shoes. “If I had had a pair of flip-flops in my pack, I would have been the happiest guy in the world,” he said.

This was one of the things passing through Lowe’s mind as he hiked down the super-steep trail on the way down Borah after losing one of his hiking shoes just above Chickenout Ridge. He was taking steps about 3 inches at a time because: a) he felt “delirious” from the altitude; and b) he was hiking in bare feet with “ankle warmers” (his socks) wrapped around his ankles.

Lowe already had summited Borah at about mid-day. It was a beautiful clear day on top in late September. “I could see all the way to Utah,” he said. “There were some guys on the summit from Sun Valley and they were cracking beers.”

He had started the big hike at about 7 a.m. that morning. The ascent is 4.1 miles straight up, involving 5,262 vertical feet of climbing. He had stayed with his family in Sun Valley the night before and his dad drove him to the trailhead via Trail Creek Road. He was on pace to finish the climb in about 8 hours or so.

But on the way down, he stopped at the top of Chickenout Ridge to remove a bunch of sand and gravel from one of his low-cut hiking shoes. As he dumped out the debris, he lost his grip on the shoe and it tumbled off the mountain. “At first, I thought, oh it’ll stop and I can go get it,” he said. “But then I watched it tumble all the way to the bottom. I wasn’t thinking very straight. I was really feeling the altitude.”

At least Lowe had trekking poles. That helped. He managed to descend Chickenout Ridge without incident and continued down the trail very slowly, taking very small steps to reduce the damage to his feet. As he hiked, he developed a blister on the little toe of his other foot with the shoe still on and his hips started to hurt badly because of putting more weight on the leg with a shoe. His hips were actually cramping up.

“That’s when I decided to take off the other shoe and I hucked it off the cliff,” he said.

He still had maybe 1.5 miles to go, and it’s almost straight downhill. “I was expecting to have bloody stumps at the end, but they weren’t too bad, amazingly enough,” he said. “I just had these crappy gray socks on.”

Lowe must have built up pretty good calluses on his feet during the summer wearing flip-flops or bare feet.

Thousands of people climb Mt. Borah every year — sometimes several hundred in a day. There’s been all kinds of weird things that happen to people up there. Someone might get lost in the fog and lose the trail. People have been struck by lightning or have come very close to being hit by a lightning bolt. A few people have died trying to climb the mountain.

“There’s probably a thousand stories of weird stuff that’s happened on Borah, but I’ve never heard of someone losing their shoe,” said Tom Lopez, author of “Idaho: A Climbing Guide.” “That’s a new one on me.”

Lowe, who is not related to the late world-class climber Jeff Lowe, moved to Boise about seven years ago. He climbed 12,008-foot Hyndman Peak in the Pioneer Mountain Range in 2015. He moved into the Boise foothills in April, and he started hiking and biking the trails almost daily.

“I was starting to feel really strong,” he said.

Talking with friends about mountain adventures, the notion of tackling Mt. Borah came up, but none of his friends were willing to go. He decided in July that he’d hike the mountain and set about training for a trip in September. He’d hike from his house up Bob’s Trail, Corrals, Scotts and Eighth Street and climb to treeline on the Boise Ridge, a 3,000-foot climb. He backpacked in the Sawtooths.

“Even with all of that training, it was still really hard,” he said. “I’m not sure that I’d do it again.”

But he does have a cousin who’s decided to try to conquer every mountain peak in America. “If he wants to do Borah, I’d probably do it again,” he said.

But in the meantime, he feels very humbled by the adventure — sans shoes. “It’s just an epic trip. I mean it’s humbling enough to do Borah as it is. You never really think about how important footwear is, but I certainly realized how dependent we are on shoes, the simplest of technology. I’m pretty proud of myself for sticking it out.”

Lowe’s dad planned on picking him up at the trailhead at the end of the day and going back to Sun Valley. Some other hikers tipped off his dad that his son had lost his shoes. He started hiking up the trail to check on his son at about 7 p.m. By the time they met, Lowe refused to take his father’s shoes. “No, I’m in a rhythm now,” he told his dad.