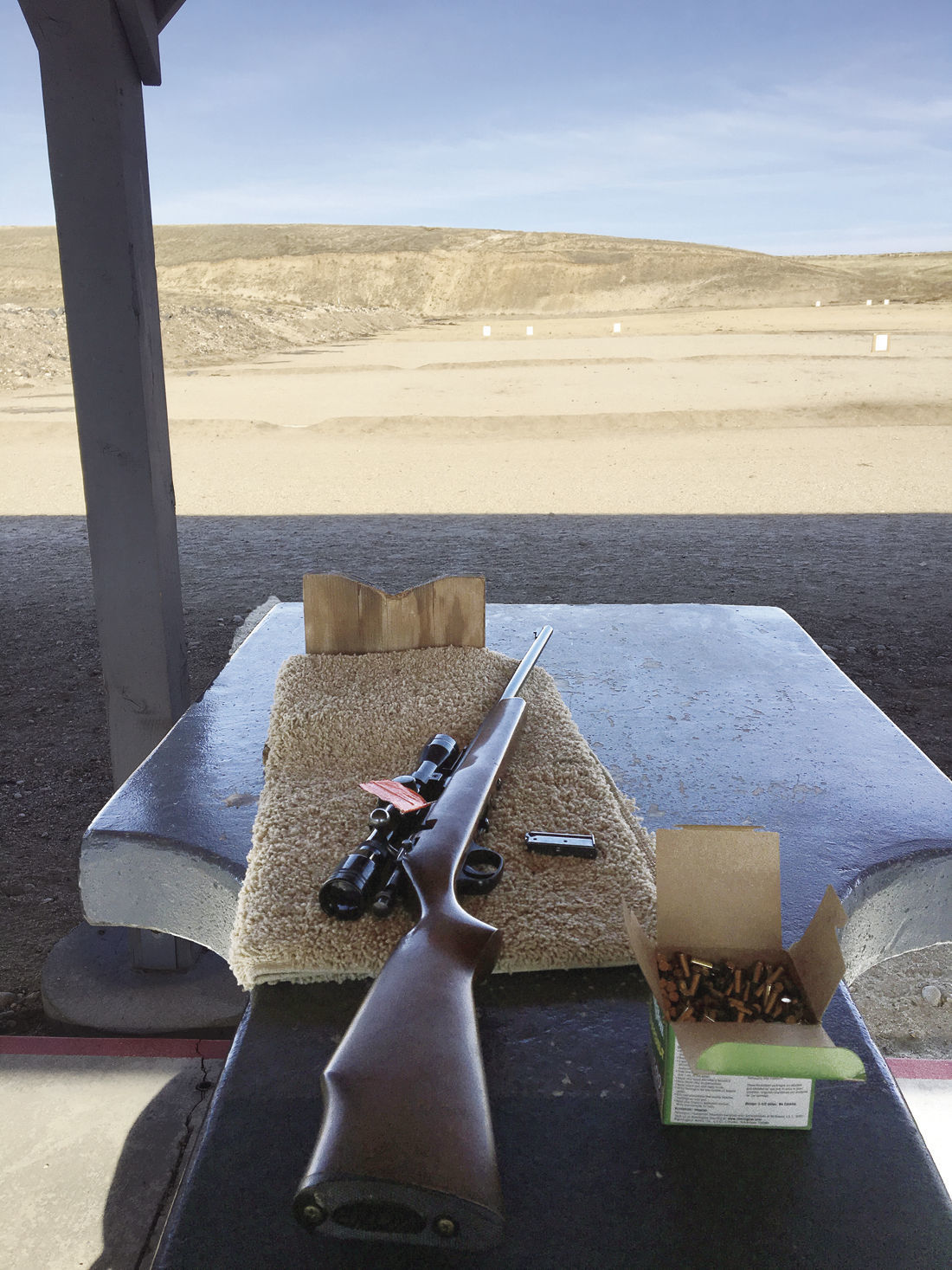 Is it OK to take the $2 Challenge and spend it on yourself?

Of course it is. That’s what I did.

For those unfamiliar with the $2 Challenge, the Idaho Press is challenging all of its readers to spend at least $100 this holiday at a local business, using $2 bills as payment as a way to physically illustrate the money that can circulate in a local community. We’re asking businesses that receive the $2 bills to use those bills as change, so that the money keeps circulating in the community, rather than being shipped off anonymously to some out-of-state corporation.

I shopped locally on an early Christmas present for myself. I bought a Marlin Model 25N .22lr bolt action rifle at Jim’s Guns and Ammo, 1609 N. Park Centre Place in Nampa.

I had seen Jim’s ad in the Idaho Press a couple of weeks ago, a nice, big, eye-catching half-page on A3. I looked at the address and thought it sounded familiar. Turns out Jim’s is just around the corner from the Idaho Press building. In fact, it’s probably no more than 100 yards from my office.

I didn’t grow up with guns. I’ve never owned a gun before this. The extent of my experience with guns included shooting an AK-47 in the middle of the desert in New Mexico (I’ll save that for another column for another day) and shooting rifles at Boy Scout camps with my boys. During free times, I’d meander over to the rifle range and hit some targets at 25 yards with a .22 rifle. A couple of times, I got to load and shoot black powder rifles, which was a heck of a lot of fun.

I don’t really know why, but a few months ago, I started seriously thinking about buying a gun, probably a rifle to take out target shooting with. If you had asked me a year ago about buying a gun, the thought never would have crossed my mind. I told my wife that if this is a mid-life crisis, it beats the heck out of buying a new sports car.

A couple of months ago, my good friend Josh Lunn invited me out to sight in his .270 at Black’s Creek Public Shooting Range in Kuna. That’s a powerful rifle, and I’ll spare you the details of putting your face too close to the scope when it kicks. Still, I had a blast. We were easily hitting the target at 200 yards.

After doing a little bit of research, I pretty well decided that the best bet for me was going to be a .22 rifle, a relatively low-powered, “plinking” gun. Seeing as how this was going to be my first gun, a .22 seems to be most people’s first gun (albeit at age 10 or so).

The guys at Jim’s were super nice and helpful, especially when I told them I was new to shooting and this would be my first gun. Of course, they showed me the Ruger 10/22, kind of the gold standard for .22s.

But then they showed me a used Marlin 25N with bolt action, a wood stock and a cute little seven-round magazine. It even had a scope mounted on it. It just felt right as soon as I shouldered it. It was perfect. Just the gun for me.

I took it out to Black’s Creek last week and had a ball. I started at 25 yards and chewed a hole in the middle of the target. Same at 50 yards. I still have some work to do at 100 yards, but that’s the beauty of the sport, isn’t it?

My $2 Challenge experience was a raging success. I hope you have the same.