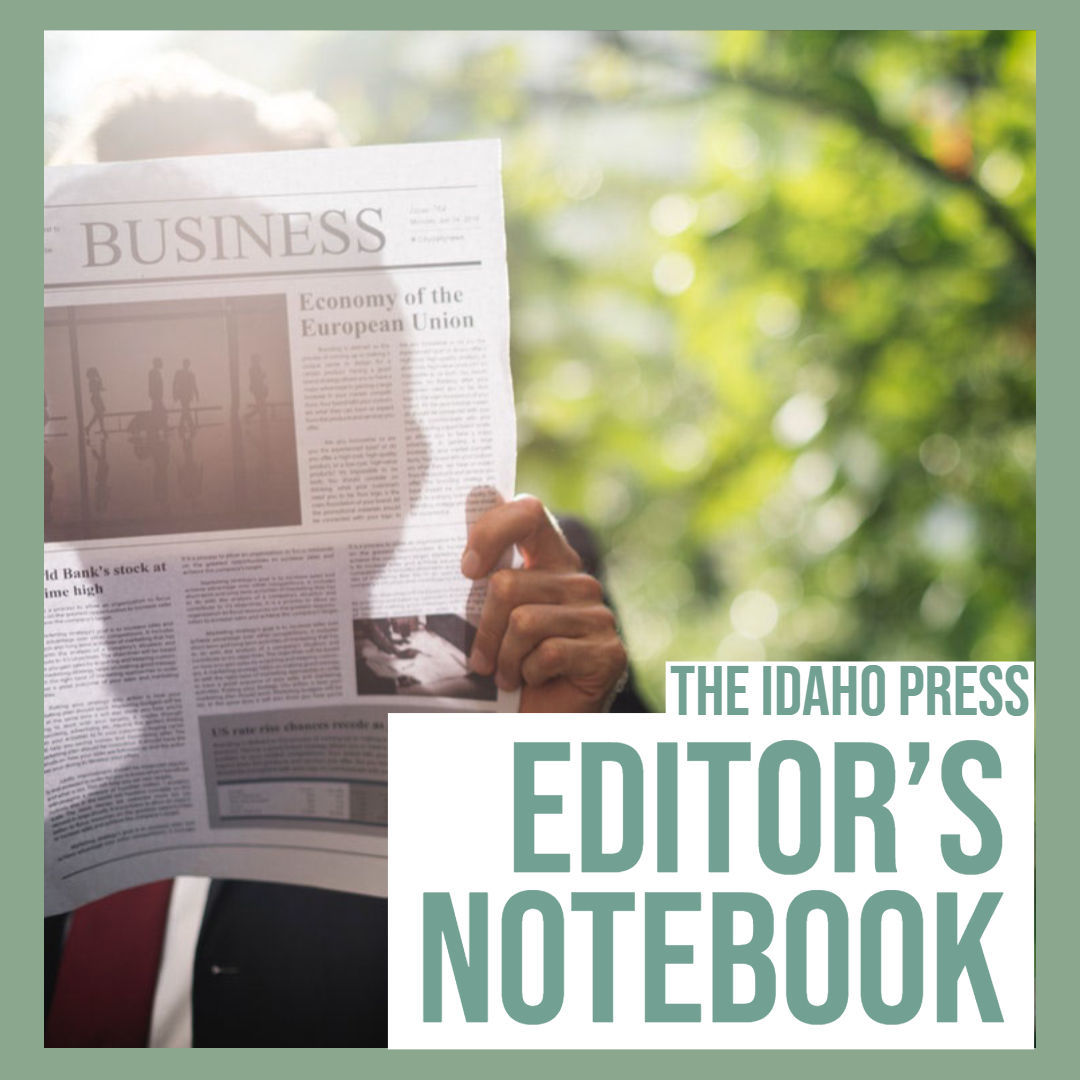 The death of President George H.W. Bush brought a couple of things to mind for me.

First, Bush was the first president I ever voted for. I was still a senior in high school and I had just turned 18 the week before. I’m pretty sure I was the only kid in my class who was old enough to vote. For the life of me, though, I just don’t remember the actual voting. I can’t remember if I went after school or after hockey practice, before dinner or even where I voted. I just remember that I voted and that I voted for Bush — despite Dan Quayle.

The other thing that came to mind for me was big events happening on deadline. The announcement that Bush died came right around our deadline here at the paper. Our news and design chief, Bradley Guire, and city editor, Tom Hesse, did a phenomenal job of not only getting the story in the paper, but they got the news on the front page and posted online, tweeted and posted to Facebook.

I still have friends back East in the newspaper business, and the news of Bush’s death came after many of their print deadlines. But one of my friends posted his efforts to remake the digital edition of the paper with multiple pages of coverage. I joked that shouting “stop the digital edition of the paper” doesn’t quite have the same ring to it as “stop the presses.”

I’ve had the opportunity to yell “Stop the presses!” twice in my career. Both occurred when I was weekend editor at the News-Herald in suburban Cleveland.

The first time happened when someone had detonated a bomb at the Olympics in Atlanta. At the time, we had actually put the paper to bed and we all went to a local bar. About a half-dozen of us were enjoying ourselves, when all of a sudden, the entire bar just fell silent. The bartender turned up the volume on the TV and we started hearing about the bombing. We all looked at each other and immediately ran out of the bar back to the office. As we rushed down the hall toward the newsroom, someone said, “Somebody’s gotta tell them to stop the press.” As the weekend editor, I got the yelling duties.

Our press foreman was a mean son of a gun. I ran into the pressroom and yelled, “Stop the presses!” Of course, in the movies, the presses stop immediately. In real life, the angry press foreman turns around angrily and yells back even louder, “What the hell for?”

“Someone bombed the Olympics!” I shouted back, undeterred.

The second time was when Princess Diana died. We knew she had been in a car crash earlier that day, but we didn’t have confirmation that she had died. So for the time being, the story was inside. I knew that our competition, the Cleveland Plain Dealer, had a press start of around 11 p.m. When notice came over the wire right around 11:00 that Diana had died, I knew that we could get the story in the paper, and the Plain Dealer wouldn’t be able to. Fortunately, our presses had only just begun and had barely put out 1,000 copies.

For whatever reason, our press foreman wasn’t working that night, so I didn’t have to explain myself so vigorously when I yelled “Stop the presses!” For the next hour, we scrambled to remake the front page and two inside pages and get them plated an on the press. Our second run, with the Diana story, came off the press around 1:30 a.m. Exhausted, I left the office around 2 a.m. with a copy of our paper in hand. As I walked out the front door, the Plain Dealer was delivered to our office, with no mention of Diana’s death.

Of course all of this came before social media and the seemingly instantaneous spread of news. Still, remaking the newspaper for our print readers to get in the news of the death of President Bush was certainly worthwhile, and I’m sure many of our readers first learned of his death by seeing it when they went out to get their morning paper.