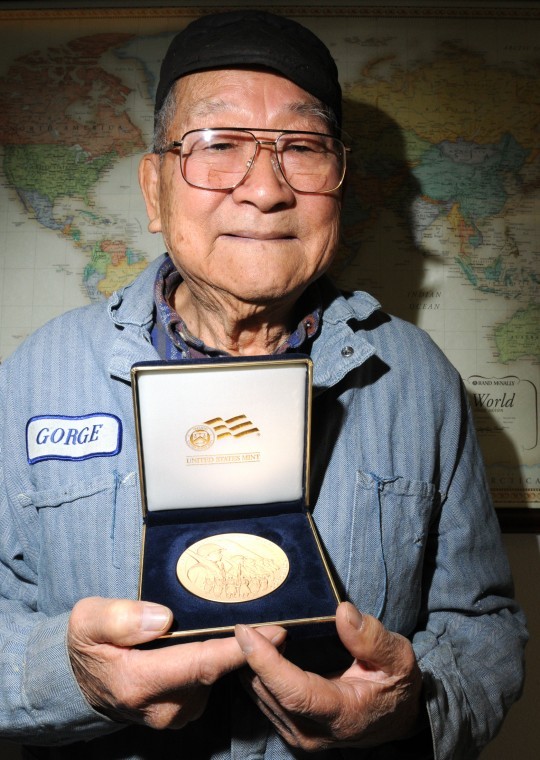 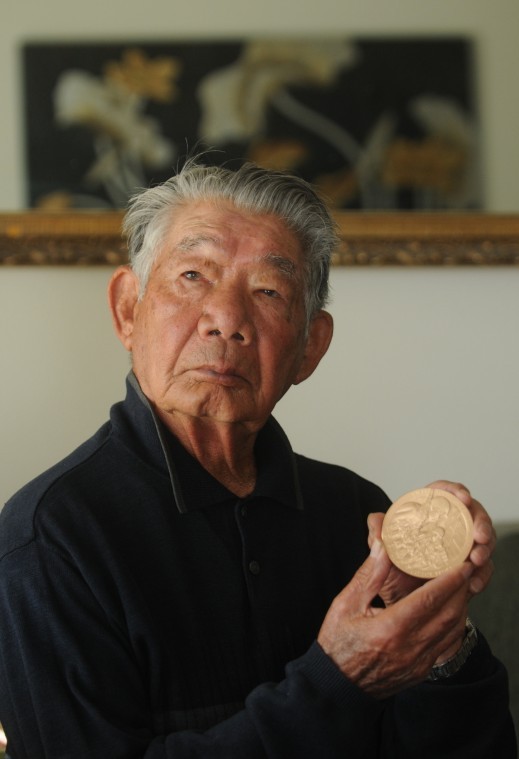 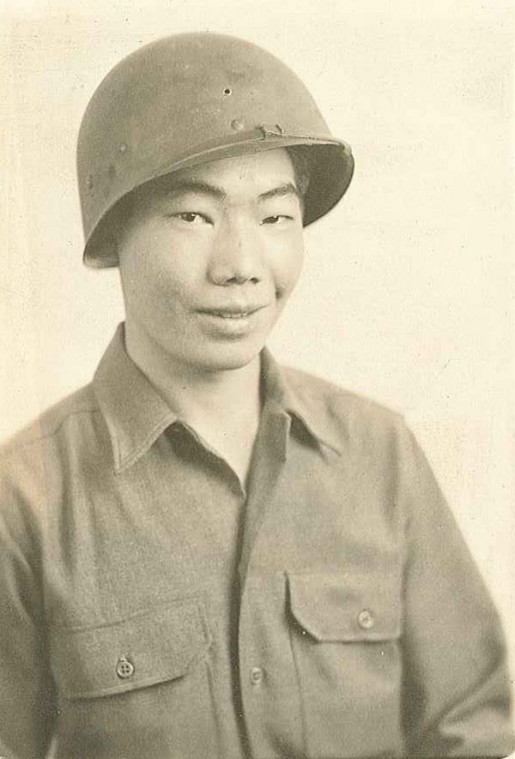 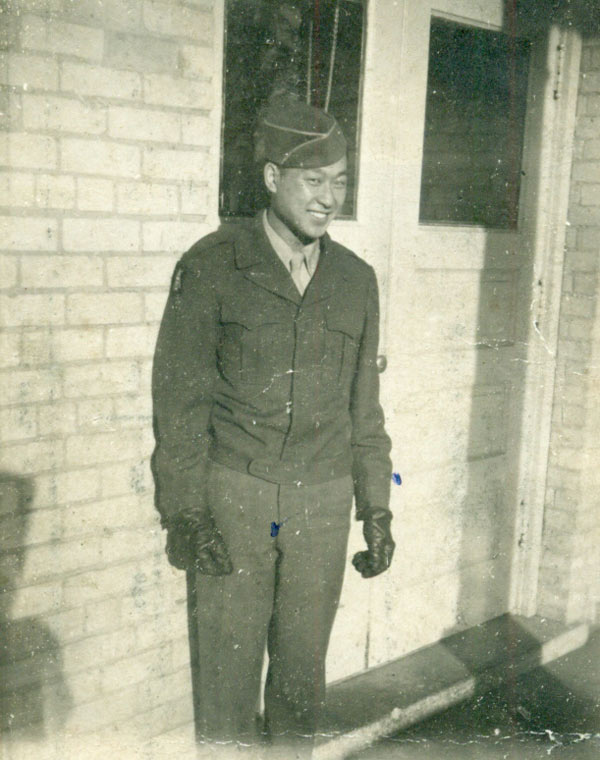 A young Gorge Shigeta is shown during his enlistment with the 442nd Regimental combat team in World War II. 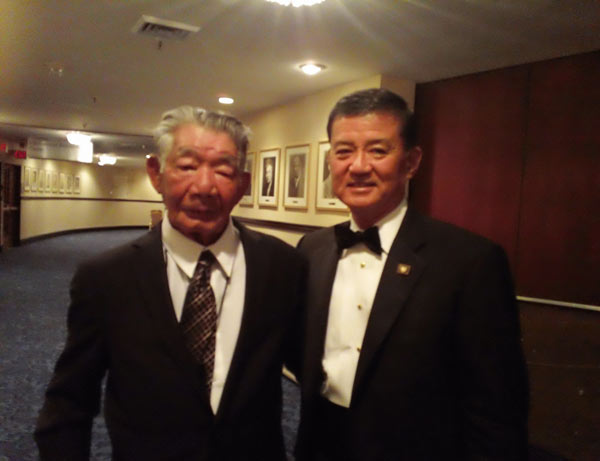 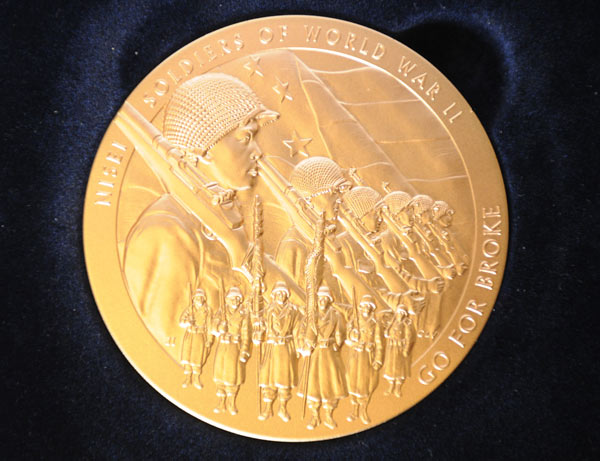 A young Gorge Shigeta is shown during his enlistment with the 442nd Regimental combat team in World War II.

Although he was initially turned away because he was too young, in May 1943, the Army notified Kawahara that he would serve in the newly formed 442nd Regimental Combat Team of Japanese-American volunteer soldiers.

For Kawahara and his fellow soldiers, fighting abroad was a chance to serve their country and prove their loyalty.

Kawahara’s mother and father had immigrated to the United States, where his father worked as a section foreman for the Union Pacific Railroad. Harry Kawahara was born in Crane, Ore., and grew up in Orchard, Idaho.

In the time between Pearl Harbor and Kawahara’s deployment, Japanese-Americans had been classified “enemy aliens” by the government, and President Roosevelt had ordered those living along the Pacific Coast into internment camps. Though Kawahara lived in Idaho and was exempt from the evacuation order, his sister was living in Portland, Ore., and sent to the Minidoka camp in the southern Idaho desert.

He could feel the distrust aimed at him and his fellow Japanese-Americans.

“It was a harrowing time. I think that we definitely had something to prove. We were completely disenfranchised,” Kawahara said.

Kawahara was eventually sent with the 442nd to the Vosges hills in Southern France, where the German Army had been perfecting “tree bursts” — shooting rounds of 88 mm artillery into the tree tops, spraying shrapnel and splinters on the Americans.

Added to the fear of being caught in a tree burst, the soldiers endured freezing temperatures in the gloomy forest.

“It would get so dark you could wave your hand in front of yourself and you couldn’t see it. One night we had to move, and it was so dark you had to hold the belt of the man in front of you,” he recalled. “Conditions were so bad that if you didn’t take care of your feet you could lose a foot. They called it trench foot.”

In late October 1944, the 442nd was ordered to rescue a “lost battalion” that had been surrounded by German forces. Kawahara, lugging his 22-lb. Browning Automatic Rifle toward the German line, was shot by a sniper in the right elbow. In the days, that followed the 442nd succeeded in rescuing the lost battalion, at a great cost of lives.

After a stint in a French hospital, Kawahara returned to the United States just before Christmas.

Back in Idaho, Kawahara farmed around the Treasure Valley, eventually working as a farm manager for JC Watson Company in Parma. In 1950, he married his wife, Teri, who had spent three years in the Minidoka internment camp. They had seven children.

In recent years, rumor spread that the members of the 442nd would receive the Congressional Gold Medal — the highest civilian award in the United States, given only 147 times since George Washington received it in 1776 — but Kawahara doubted it. It seemed unlikely the Japanese-American soldiers would be recognized after so many years, Kawahara figured, and the medal couldn’t be a priority.

Even when Kawahara received an invitation to attend a ceremony in Washington, D.C. at the beginning of November this year — he wasn’t thrilled.

“I had the feeling that it was too little, too late,” he said.

He still resented the way he and other Japanese-Americans had been treated in the aftermath of Pearl Harbor, and a medal couldn’t make up for all that the members of the 442nd had sacrificed.

But his family convinced him to travel to Washington, D.C., and his wife and daughters accompanied him.

Five generals were on hand for the ceremony, including former Chief of Staff and current Secretary of Veterans Affairs Eric Shinseki, who shook Kawahara’s hand and thanked him for his service.

The recognition by so many dignitaries helped Kawahara realize that the award was a deserved tribute.

“I felt honored for what we did,” he said. “It proves our loyalty to our country when they doubted us. That’s the part that really hurt, that you were doubted. It makes you proud that you proved your loyalty and proved it well.”

NAMPA — At 89, Gorge Shigeta doesn’t spend a lot of time reminiscing about the time he served in the 442nd Regimental Combat Team in World War II.

“I’m too busy to be thinking about something like that,” said Shigeta, who still shows up in his coveralls every morning to work at Karcher Truck Sales, the business he started in 1972.

Earlier this month, though, Shigeta took some time to remember his military service, when he traveled to Washington, D.C., to receive the Congressional Gold Medal.

In November 1942, Shigeta volunteered to fight with the 442nd, a team of Japanese Americans. Since the bombing of Pearl Harbor, Shigeta had witnessed violence against Americans of Japanese ancestry, and he thought fighting in the Army would help prove his loyalty.

“Rocks were thrown at them. They were spit on. It wasn’t as bad for us because we were the only Japanese family in Payette, but I volunteered because I thought it would be better for my family and better for all Japanese-Americans,” he said.

Shigeta trained in Camp Shelby, Miss., and was deployed to Belgium, France and Italy, where he  worked with mortar machine guns.

“We were trained to be there. It’s the poor civilians, they’re the ones that suffer,” he said.

When asked about receiving the Congressional Gold Medal — which is the highest honored bestowed on a civilian and has only been awarded 147 times — Shigeta joked that it might fetch $10 at the pawn shop.

He’d rather focus on his job and the nine children he has with his wife, Diane, who spent time in the Manzanar internment camp in California.

“It’s no big deal to me. I didn’t think much of the war anyway. I’ve seen too much destruction,” he said.