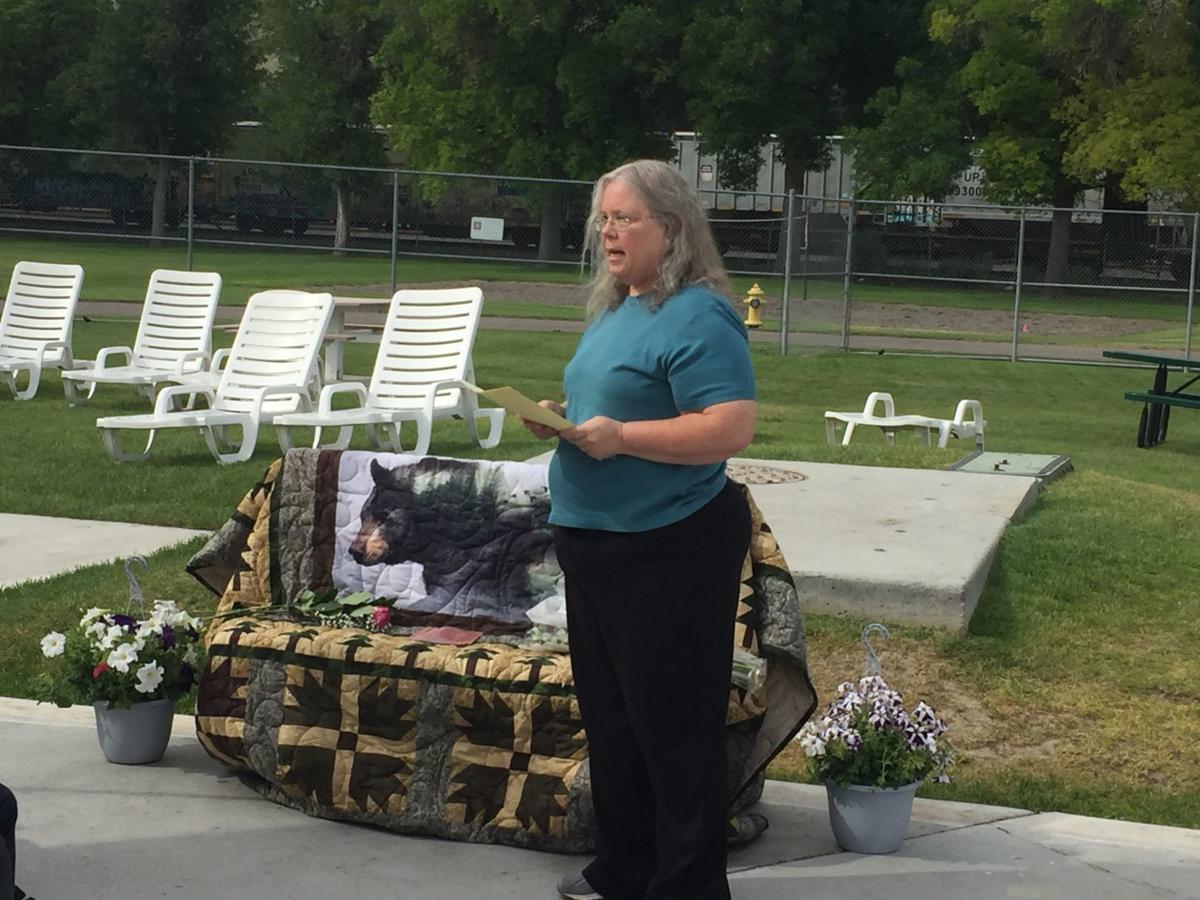 Nancy Culver Albano, the big sister of Lynnette D. Culver, who went missing on May 5, 1975, speaks Wednesday morning just before a bench in the missing girl’s honor was unveiled at the Ross Park Aquatic Complex in Pocatello. 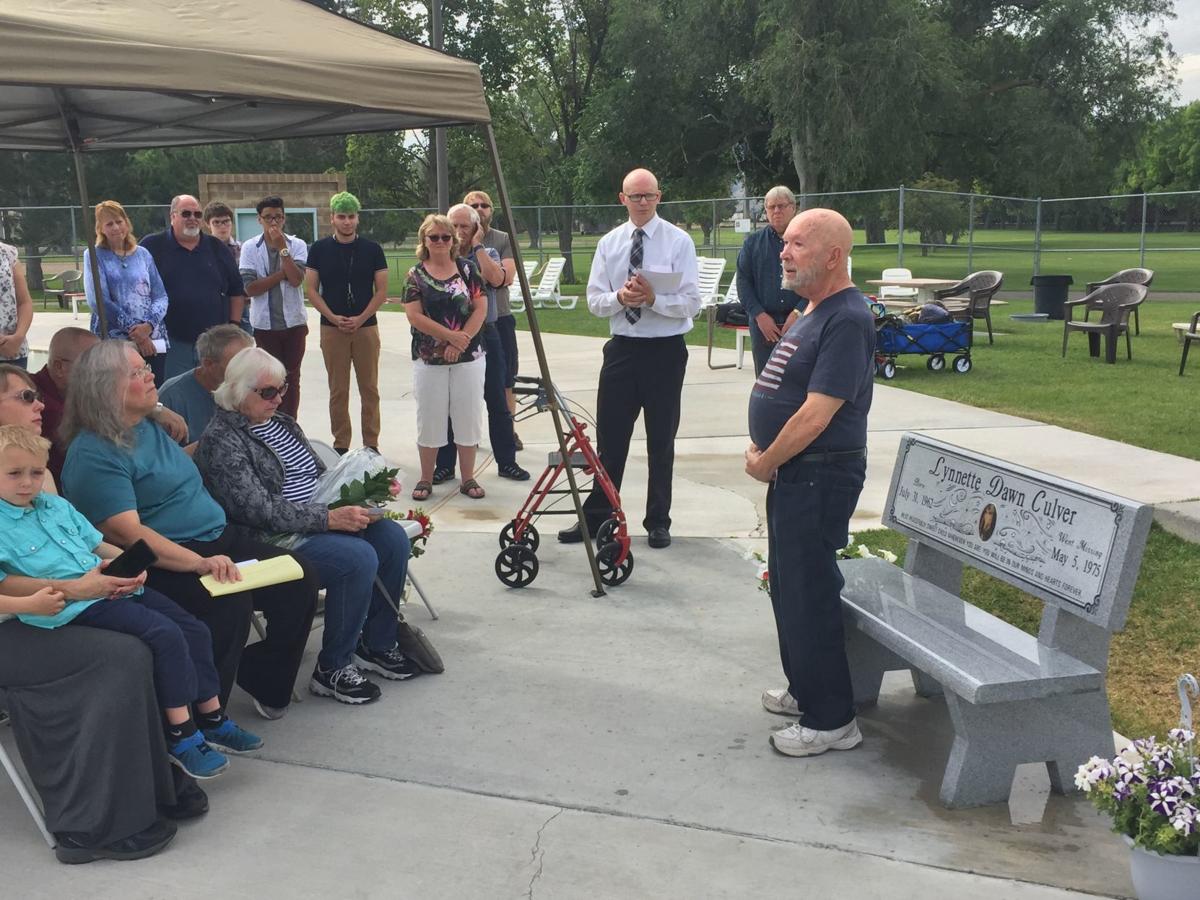 Al Culver, the father of Lynnette D. Culver, who went missing on May 5, 1975, speaks on Wednesday morning during the dedication of a bench in his missing daughter’s honor at the Ross Park Aquatic Complex in Pocatello. 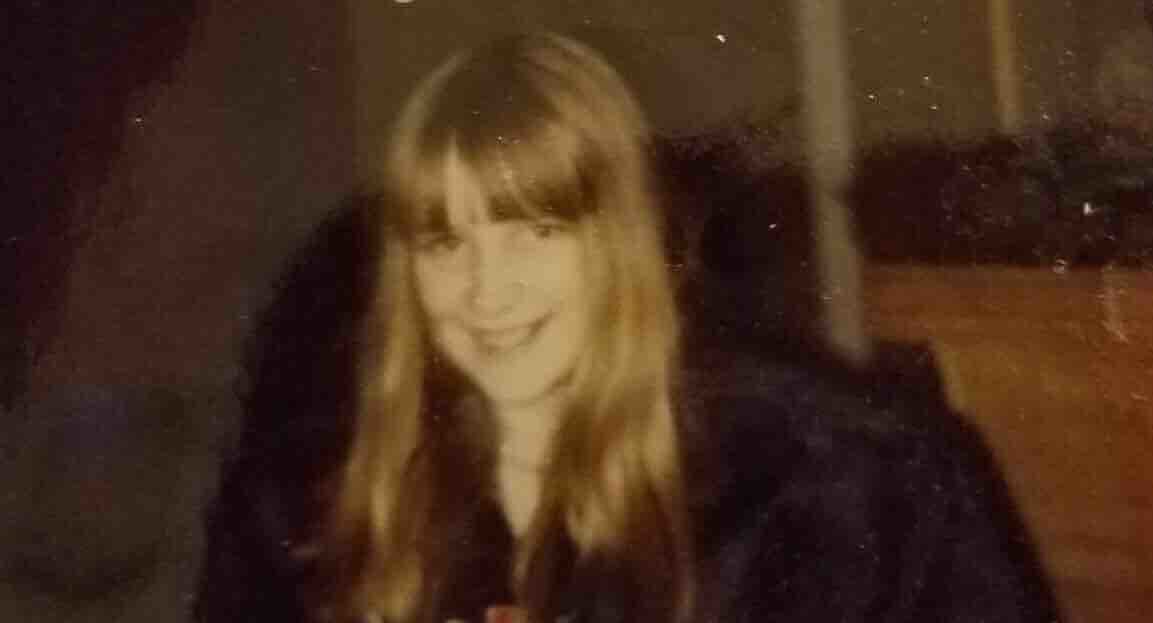 Nancy Culver Albano, the big sister of Lynnette D. Culver, who went missing on May 5, 1975, speaks Wednesday morning just before a bench in the missing girl’s honor was unveiled at the Ross Park Aquatic Complex in Pocatello.

Al Culver, the father of Lynnette D. Culver, who went missing on May 5, 1975, speaks on Wednesday morning during the dedication of a bench in his missing daughter’s honor at the Ross Park Aquatic Complex in Pocatello.

POCATELLO — Nancy Culver Albano recalled being exhausted when she and her little sister, Lynnette Culver, returned from a 20-mile walk to benefit the March of Dimes in April of 1975.

Motivated by the allure of fast food, however, Lynnette still had energy in reserve. She begged her big sister to join her on a bike ride to McDonald’s to redeem coupons for free Big Mac sandwiches, which they’d received for their participation in the walk.

The walk-a-thon was the final significant activity the sisters did together before Lynnette went missing on May 5 of that year, Albano said Wednesday morning during a memorial dedication service in honor of her lost sibling, hosted at the Ross Park Aquatic Complex. Officials say the 12-year-old was abducted while walking home from Alameda Junior High School.

“Lynnette went, and I stayed home. I was too wiped out,” Albano said, reflecting on a final memory of a girl she fondly described to the crowd at the service as a “lovable pest of a little sister.”

On the day when Lynnette would have turned 57, friends, families and supportive community members gathered at the swimming pool she loved to unveil a stone bench bearing her name.

The bench was the result of a GoFundMe campaign that spanned more than a year and raised in excess of $3,300. It has Lynnette’s likeness at the center, as well as a rendering by artist Tom Sciacca of swirls and patterns the girl had drawn on her own jacket. Engraved in the bench is the message: “Rest peacefully sweet child. Wherever you are you will be in our minds and hearts forever.”

“It is our hope that this bench will be a reminder to all of the importance of the teaching of children’s personal safety,” Albano said.

Mortensen learned there had never been a memorial made for Lynnette after talking with her sister, Albano. Their mother agreed a memorial bench at the pool would be a fitting tribute. Douglas oversaw the funds and helped make other arrangements to see the project to fruition.

Albano alluded in her talk to the suspect in the case — notorious serial killer Ted Bundy — without ever naming him, mentioning only that a man confessed to the crime 15 years after the fact and was executed the next day.

Mortensen and her husband have followed Lynnette’s case on their YouTube channel, called Captain Borax, and they’re working on a book about Bundy.

Mortensen explained that Lynnette’s father has heard the audio tape of Bundy’s confession and is convinced he was responsible.

“He knew facts about the family. He knew that the grandmother was moving in with the family,” Mortensen said. “He’d at least been talking to her.”

Detective Sampson vowed his department is treating her disappearance as an open case and won’t change course.

“I want to assure everybody that this case will remain active until such time as we recover her, which means we will never stop looking,” Sampson said. “I can’t make any guarantees about the outcome, but I can guarantee our efforts will not stop.”

A look at what's on the ballot for Tuesday's election