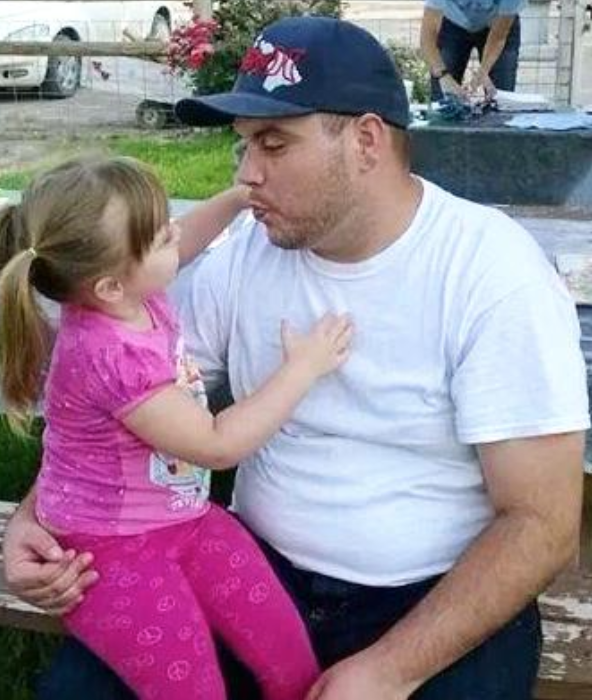 Christopher Reese, seen in this undated photo, was killed five years ago at the age of 25 in a Jacksons Food Stores robbery in Notus. The Canyon County Sheriff’s Office has not identified any suspects but continues to investigate. Reese left behind a daughter, who is now 9. 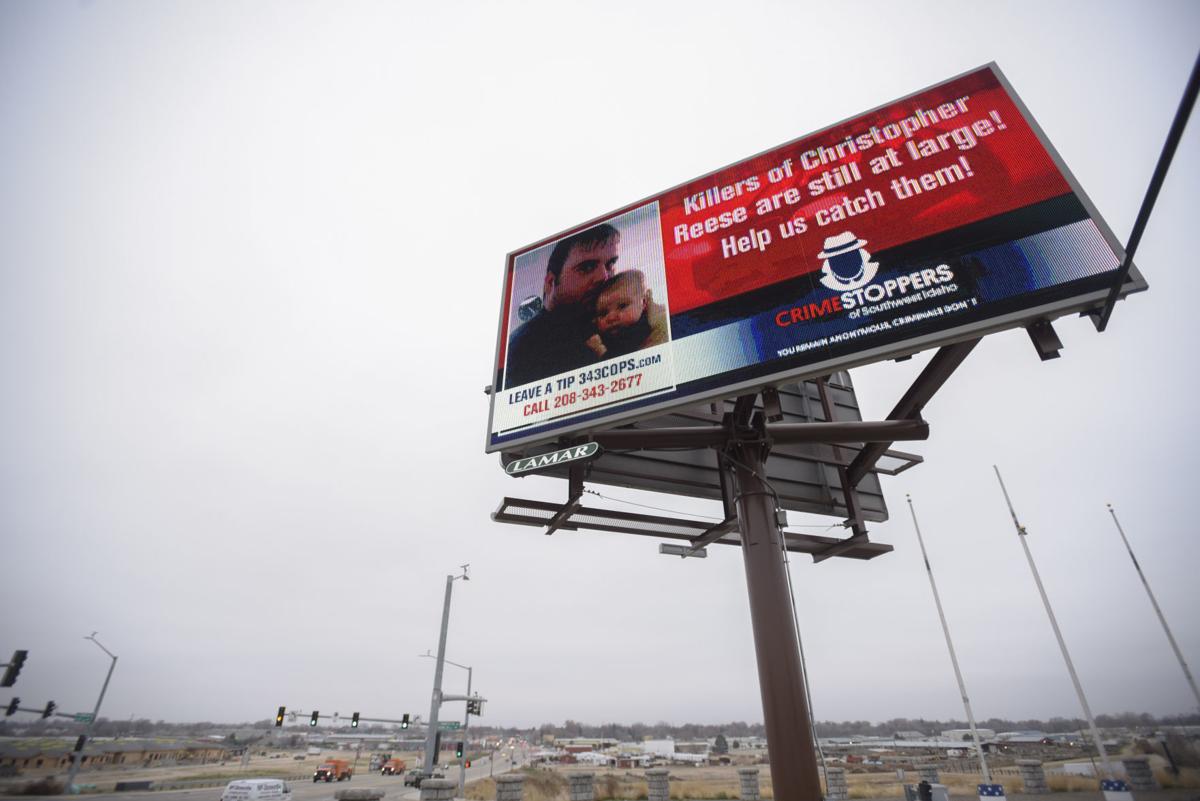 A 2017 billboard advertisement in Caldwell asks for information related to the murder of Christopher Reese.

Video surveillance footage shows one of the two suspects in Christopher Reese’s murder entering the Jacksons Food Store in Notus in 2014.

Video surveillance footage shows one of the two suspects in Christopher Reese’s murder entering the Jacksons Food Store on Dec. 17, 2014, in Notus.

Christopher Reese, seen in this undated photo, was killed five years ago at the age of 25 in a Jacksons Food Stores robbery in Notus. The Canyon County Sheriff’s Office has not identified any suspects but continues to investigate. Reese left behind a daughter, who is now 9.

A 2017 billboard advertisement in Caldwell asks for information related to the murder of Christopher Reese.

Video surveillance footage shows one of the two suspects in Christopher Reese’s murder entering the Jacksons Food Store in Notus in 2014.

Video surveillance footage shows one of the two suspects in Christopher Reese’s murder entering the Jacksons Food Store on Dec. 17, 2014, in Notus.

NOTUS — On Dec. 31, Polly Griggs will once more light a candle in memory of her son.

Christopher Reese should be turning 31 on Tuesday, his birthday.

But instead, his mother will light another candle — just like the four others she’s lit on his birthday each year since the Notus convenience store clerk was killed during a gas station robbery on Dec. 17, 2014.

Five years after the murder of then-25-year-old Reese, police have still not been able to identify any suspects in the case. But they, too, remain hopeful.

On Monday, Canyon County Sheriff Kieran Donahue called the killing “senseless” and “methodical,” and said in an interview with the Idaho Press he believed the crime had been planned.

“It was an execution,” Donahue said. “That’s what it was.”

While deputies continue to receive information, Donahue said that information hasn’t been enough to identify people of interest in the case.

The lack of answers is the hardest part of the whole thing for Griggs, who lives in Tennessee with much of Reese’s family.

“I have a hard time with Christmas; I don’t celebrate it at all,” she said in a phone interview on Tuesday, Christmas Eve.

“No, I don’t — they ruined it for me,” said Griggs, referring to the crime that took her son’s life two weeks before Christmas 2014. “Not until I get some closure. That would be my Christmas gift.”

Still, Donahue said he believes the people who killed Reese must have told someone about the crime, which means someone else knows who they are and what happened.

Just after 3:30 a.m. on Dec. 17, 2014, two armed robbers shot and killed Reese during his shift at a Jacksons Food Store in Notus. The robbers took a safe of money from the store, and fled the scene in Reese’s car, a 2007 Lincoln MKZ. They later left the vehicle on the side of a road.

Video clips of the shooting show a suspect in tan pants and a camouflage jacket walking into the store with a rifle. In another video, the person leaves the store holding a bag, with the weapon still in his hand.

A second person in video footage is wearing a mask, a black hooded sweatshirt and blue jeans, with a handgun in a waist holster. The suspect enters with a hand truck and leaves carrying the safe.

Griggs said she believes more than two people were involved in planning her son’s death. She pointed out the people who killed Reese could very well have killed other people before or since his murder — because they have not been caught, it’s impossible to know, she said.

“A lot of things like that run through my mind,” she said.

Donahue confirmed on Monday the investigation into Reese’s death remains active and open, and his deputies keep in touch with the family.

Reese’s daughter is 9 years old this year, and his sister is a 911 operator. Donahue considers them victims in the case, too — pointing to the fact that Reese’s child will have to grow up without a father.

“There’s things we continue to work on from a forensic standpoint that we’re not ready to talk about yet,” he said. “Those are confidential things.”

The drought of information isn’t due to lack of trying, however. Jacksons Food Stores is offering a $100,000 reward for anyone with information leading to an arrest in the case; that’s an increase from the original $50,000 the company had in place.

Crime Stoppers launched a billboard campaign in 2017 promoting the reward for information in the case, with space donated by Lamar Advertising. Officials went so far as to create a video in July 2015 reenacting the murder and post it on YouTube, in hopes of drawing information out of people.

In that respect, Reese’s murder is different from other serious, unsolved crimes in Canyon County, such as the 2017 murders of two women and a 14-year-old girl whose bodies were found near the suspect’s home on Kcid Road in Caldwell. Although police have not made an arrest in that case, they do have a suspect — Gerald “Mike” Bullinger — although he has not been heard from since July 2017 when his vehicle was found abandoned in Wyoming.

“(Reese’s murder) is the only one where we physically don’t … have the suspect,” Donahue said.

He confirmed deputies aren’t going to stop investigating the case.

“And again, we don’t ever let go of it. We’re not closing it,” he said. “When you’re in law enforcement and you have cases like this, they haunt you, and this is one of those.”

“You know,” Griggs said, “I thought it would get easier as time goes on, but it doesn’t.

“I think it’s the not knowing, and knowing they’re out there.”

Anyone with information about the case can call the Canyon County Sheriff’s Office at 208-454-7510 or Crime Stoppers at 208-343-2677. Tips to Crime Stoppers can be made anonymously.

"It was an execution."