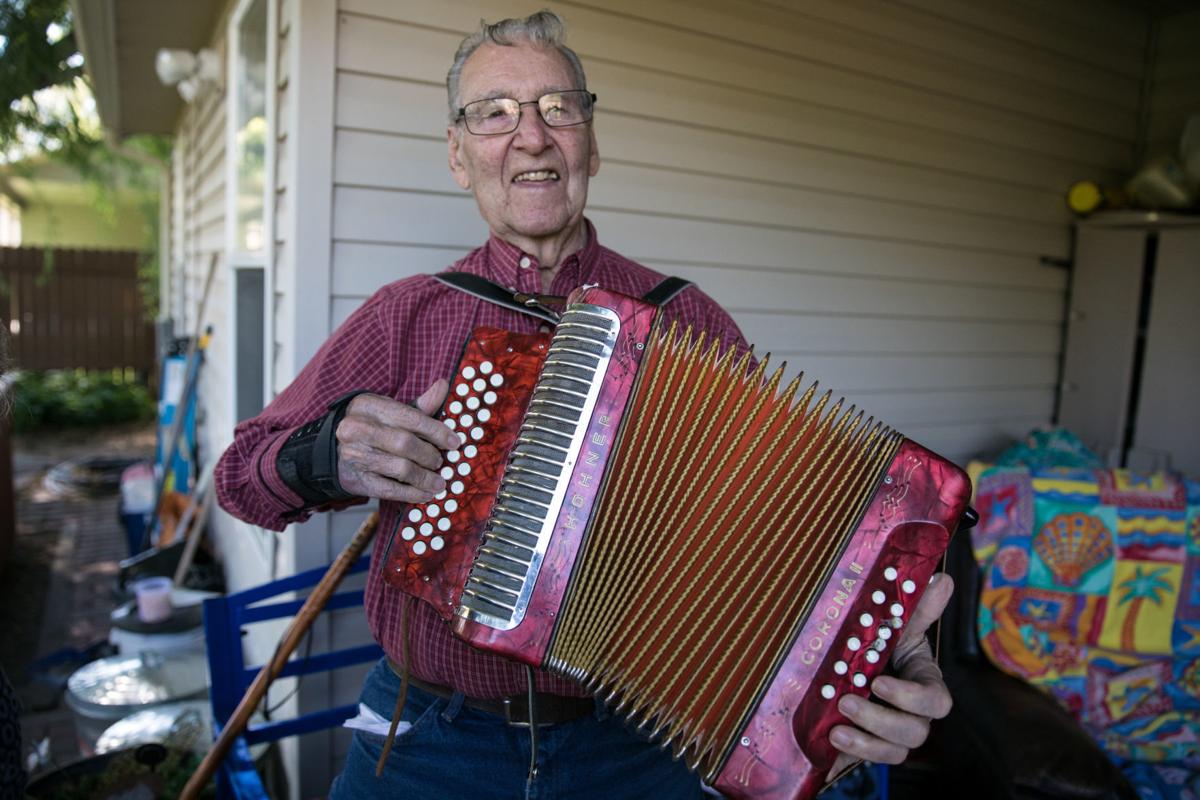 Ray Mansisidor, 94, plays his accordion for family and friends on Sept. 14 in Nampa. 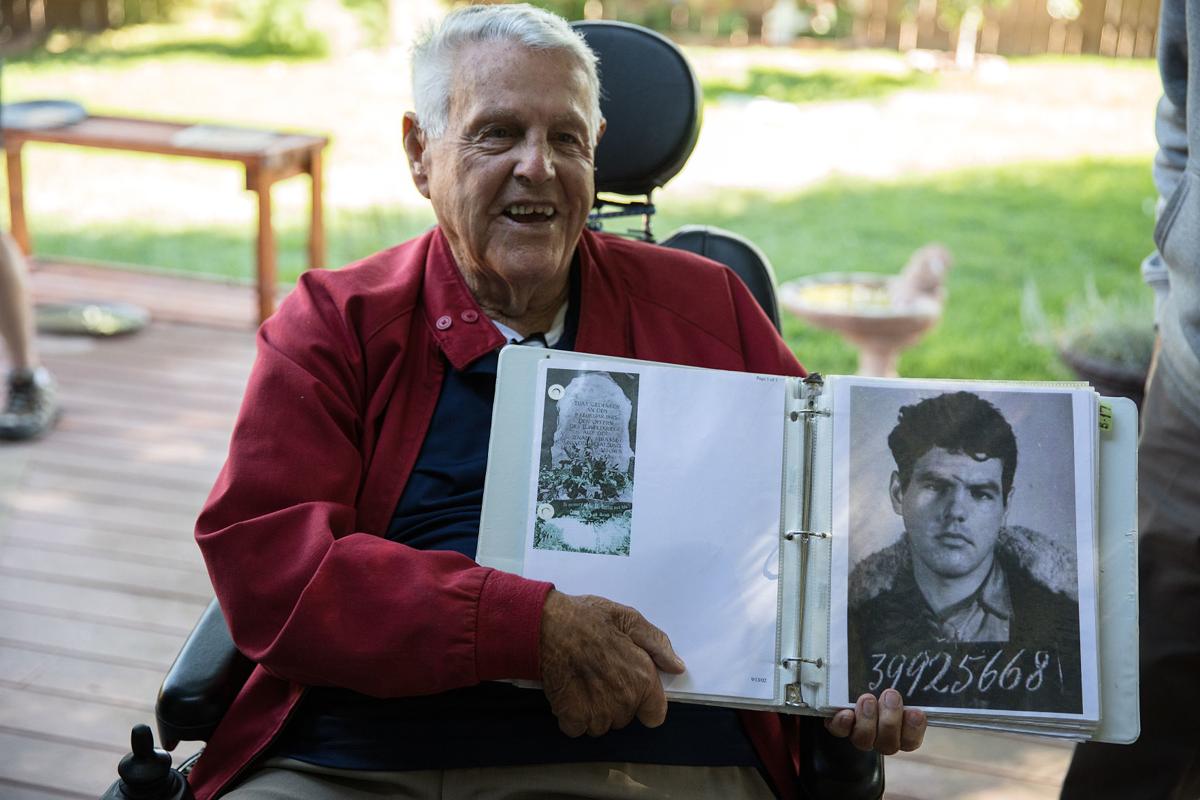 George Emerson, 93, holds a mugshot of himself taken by the Germans during WWII on Sept. 14 in Nampa.

Ray Mansisidor, 94, plays his accordion for family and friends on Sept. 14 in Nampa.

George Emerson, 93, holds a mugshot of himself taken by the Germans during WWII on Sept. 14 in Nampa.

NAMPA — In an otherwise quiet cul-de-sac on Meadowbrook Drive in Nampa, the sound of an accordion wafts from a backyard.

On the back patio, a large group of family and friends gathered, listening to Ray Mansisidor, 94, of Homedale, play without interruption. The scene, he said, reminded him of evenings when he used to entertain his infantry with the same music in World War II.

The group has been meeting every September for over a decade at Nielson’s house to reunite and retell stories. This year, the subtle fear that it may be the last time lingered after every tale.

“Jack got the rough deal,” Mansisidor laughed at his old friend. “We got the air, but Jack got thrown into the infantry because he was the best shot.”

Mansisidor, Emerson and Dunn all left Boise on a troop train to Fort Douglas, Utah, where they were then separated and took different paths, all of which led to the aerial combat.

Dunn was sent to the infantry and later transferred to the Army Air Corps. Emerson found his place as the tail gunner of a B-17 squadron in the Army Air Corps. Mansisidor trained as a flight engineer and helped prepare plane crews for battle. Nielson joined the Navy and became a TBM Avenger Pilot.

“We are quite a bunch,” Mansisidor said. “But Ace is going to live to be a hundred, right Ace?”

Nielson’s deteriorating hearing has led him to sit quietly off to the side of his old pals, listening to the stories and nodding when asked if he remembers. His nickname “Ace” came from his knack for landing planes flawlessly on carriers.

His wife, Pauline Nielson, said the only time her husband was ever scared was when he flew his plane through the Bermuda Triangle. He swears to this day his engine stopped.

On Feb. 9, 1945, Emerson was flying his 16th mission when his aircraft was shot down over Germany. He fell 25,000 feet and was the only survivor out of his crew. Joyce Link, whose husband, Herb, lost his life in the same crash, sat in the circle of friends.

“I think an angel pulled your rip cord,” said Mansisidor, who wrote to Emerson’s parents telling them he knew one parachute released after they were notified he was listed as missing in action.

Emerson spent almost three months as a German prisoner of war. He was asked to identify the charred remains of his plane — including dog tags. Nine days were spent within an interrogation center. But despite the captors’ best efforts, the only information Emerson released was his name, rank and serial number.

On the ninth day he was taken to a bathroom to clean up, he said. That’s when he caught the first glimpse of his blood-spattered face and realized how bad he must have looked. Before he was liberated on April 29, 1945, Emerson, along with 10,000 prisoners of war, marched 120 miles from Nuremberg to Moosburg prison camp. Emerson was awarded the Purple Heart in 1993 under the Clinton administration.

“Even today if something were to shoot off,” Emerson said, “I’d probably jump out of this wheelchair.”

Stories were interrupted with lunch served on American flag plates with American flag napkins. Family dished up the plates for the elder veterans.

Pauline Nielson, who gathers the group every year, said she hears a lot of the same stories, which get better every time. She felt this would be the last time the four men, surrounded by their families, would get the chance to see each other.

Riley Bunch is the night digital reporter for the Idaho Press. Reach her at 208-465-8169 or follow @rebunch8 on Twitter.