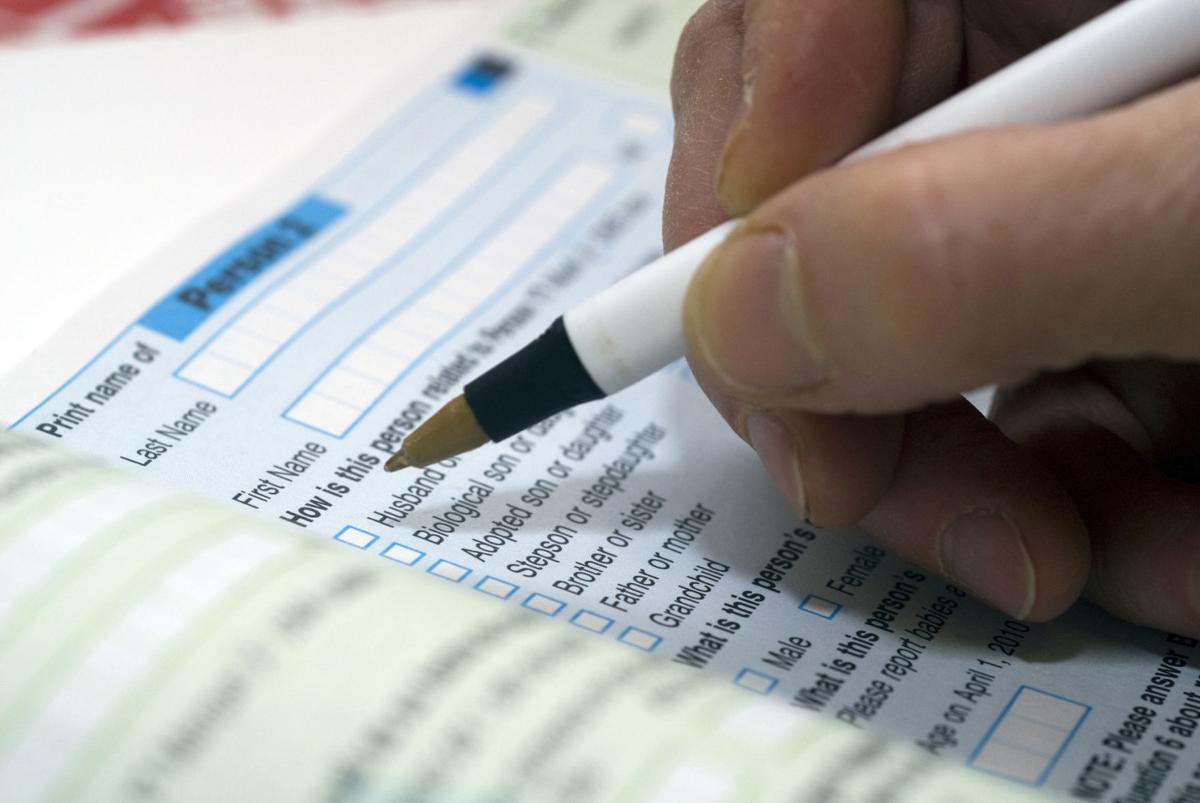 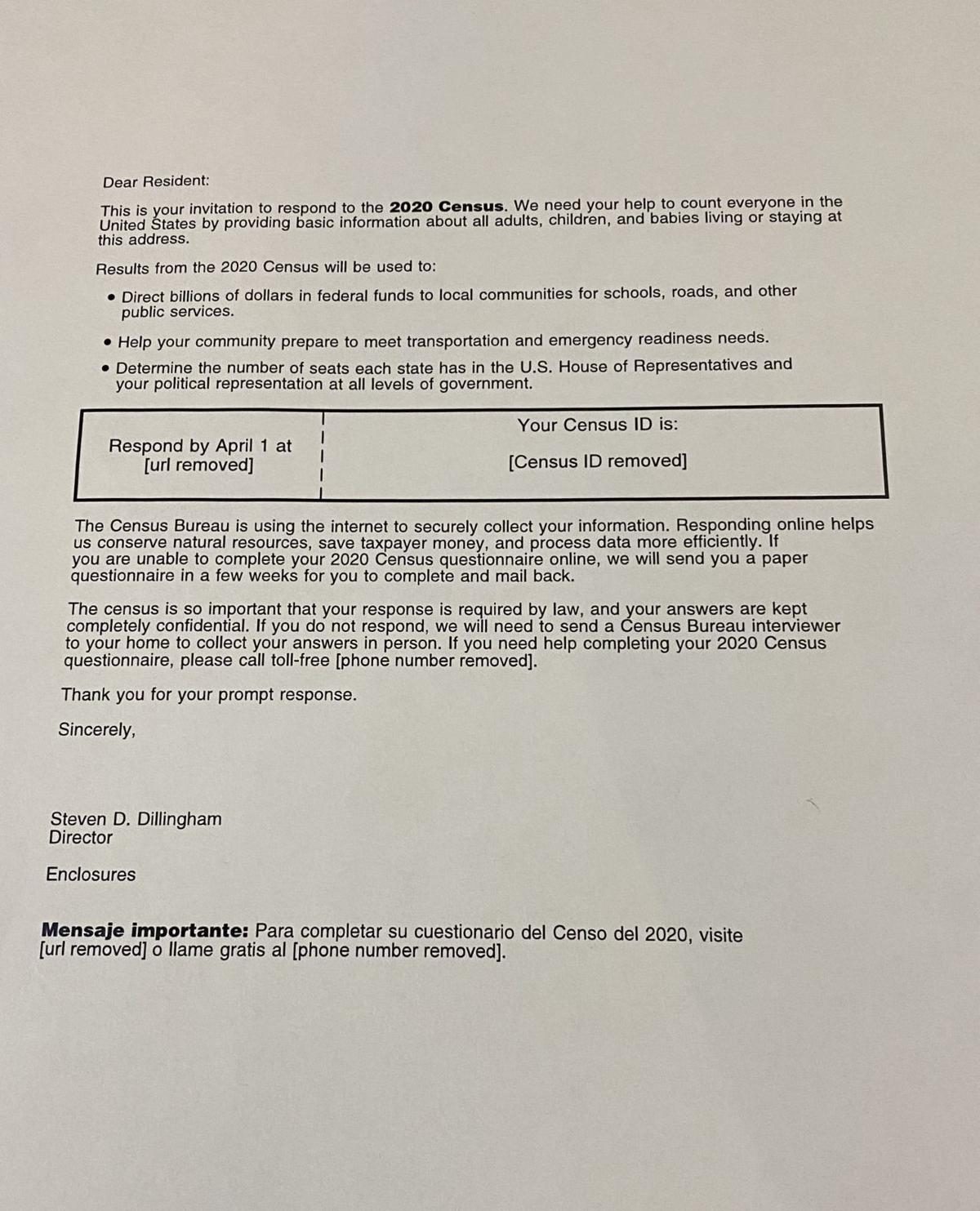 A sample of the 2020 Census invitations that will be sent out to households in mid-March.

A sample of the 2020 Census invitations that will be sent out to households in mid-March.

This week, the first people were counted as part of the 2020 census. They live in Toksook Bay, Alaska, where Census workers began their decennial count that aims to document every person living in the United States.

Invitations to respond to the 2020 census will be sent out to households across the U.S. in March. A lot is at stake for Idaho and states across the country when it comes to the 2020 census. According to the survey’s website, the census decides where billions of dollars in federal funding will go, the number of seats each state will have in the U.S. House of Representatives, and where congressional and state legislative districts should be drawn.

According to an NPR report, census has started in rural Alaska since 1867 because when springtime comes, residents leave a lot of small towns, so starting the count in January makes it easier to get around the area and ensures most people will be in their homes.

For the rest of the country, Census invitations will start trickling into mailboxes in mid-March. Here is a list of things to know before the invitations go out:

The official Census Day is April 1, according to the census website, though it is just a reference day, since most households will be receiving invitations to respond to the 2020 census online between March 12 to 20.

The census survey is 10 questions long and takes an estimated 10 to 20 minutes to complete, the census website says. Residents will be asked about their name, age, gender and other basics. There will be no questions asking about citizenship or social security numbers.

WHAT IS AT STAKE?

The 2020 census will determine the number of congressional seats and Electoral College votes each state gets.

According to a George Washington University study, there are around 320 census-guided federal programs that distribute funding each year to state and local governments, nonprofits, schools, businesses and other public goods.. The same study found that in fiscal year 2017, federal spending programs relied on 2010 census-derived data to distribute $1.504 trillion to state and local governments, nonprofits, businesses, and households across the U.S.

This funding goes toward roads, schools and other public goods.

According to Treasure Valley Complete Count, a website put together by The Community Planning Association of Southwest Idaho, an organization dedicated to counting every Idahoan in the 2020 census, Idaho is expected to receive about $1,473 per person counted, per year in federal funding.

There are four ways to complete the census: on paper, by phone, in person, or, for the first time this year, through an online form.

THE CENSUS WILL ASK

The Census Bureau cannot legally share questionnaire responses with public or federal agencies until 72 years have passed since the data was collected. This includes any information to immigration officials and law enforcement, according to the census website.

A Trump administration executive order from September expands the use of federal, state and local administrative records. The U.S. Census Bureau announced it would be asking states to share driver’s license records with the federal agency.

Idaho officials announced in November that the state would not be sharing driver’s license records with the Census Bureau.

The Idaho committee is made up of members from many groups and organizations, discussed the establishment of subcommittees to target historically hard-to-count communities. These communities include immigrants, children under 5 years old, seniors, homeless people, migrant workers, renters and households with low internet access.

The Boise City Council voted in October to spend $100,000 of its own funds to make sure as many people within city limits as possible take the federally mandated survey next year.

One Treasure Valley Complete Count sub-committee, made up of Community Council of Idaho, Catholic Charities, Conservation Voters for Idaho and Western Idaho Community Action Partnership, is designing informational flyers in both Spanish and English.

The sub-committee is aiming for people to answer the census before a worker needs to come out to count them.

They are also aiming to combat some of the fear in the Latino community that came with the citizenship question controversy.

“I know we have a large contingency of undocumented people here that are not going to fill out that census form,” said Raquel Reyes, immigration specialist with Community Council of Idaho. “That is where I want to be able to reach that population more than anything. I am hoping through school districts, through head start programs, we’ll be able to reach those families so we can get them counted.”

The Census Bureau has guides for answering the online questionnaire that are in 59 different languages, including American Sign Language.

The Census Bureau will hire hundreds of thousands of temporary workers nationwide to help with the count. The Boise census office expects to hire roughly 9,000 people, according to Michael Hall, assistant regional census manager.

The workers’ role will largely begin after April 1, to knock on doors of households that have not responded to the census yet.

To apply for a 2020 census job, applicants must be at least 18 years old and have a valid Social Security number and working email.

The hourly wage for census jobs depends on the position and location. For more information, people interested in applying for jobs can visit 2020census.gov/en/jobs. Census takers are paid $13.50 to $14.50 in Ada County and $13.50 in Canyon County, according to the site.