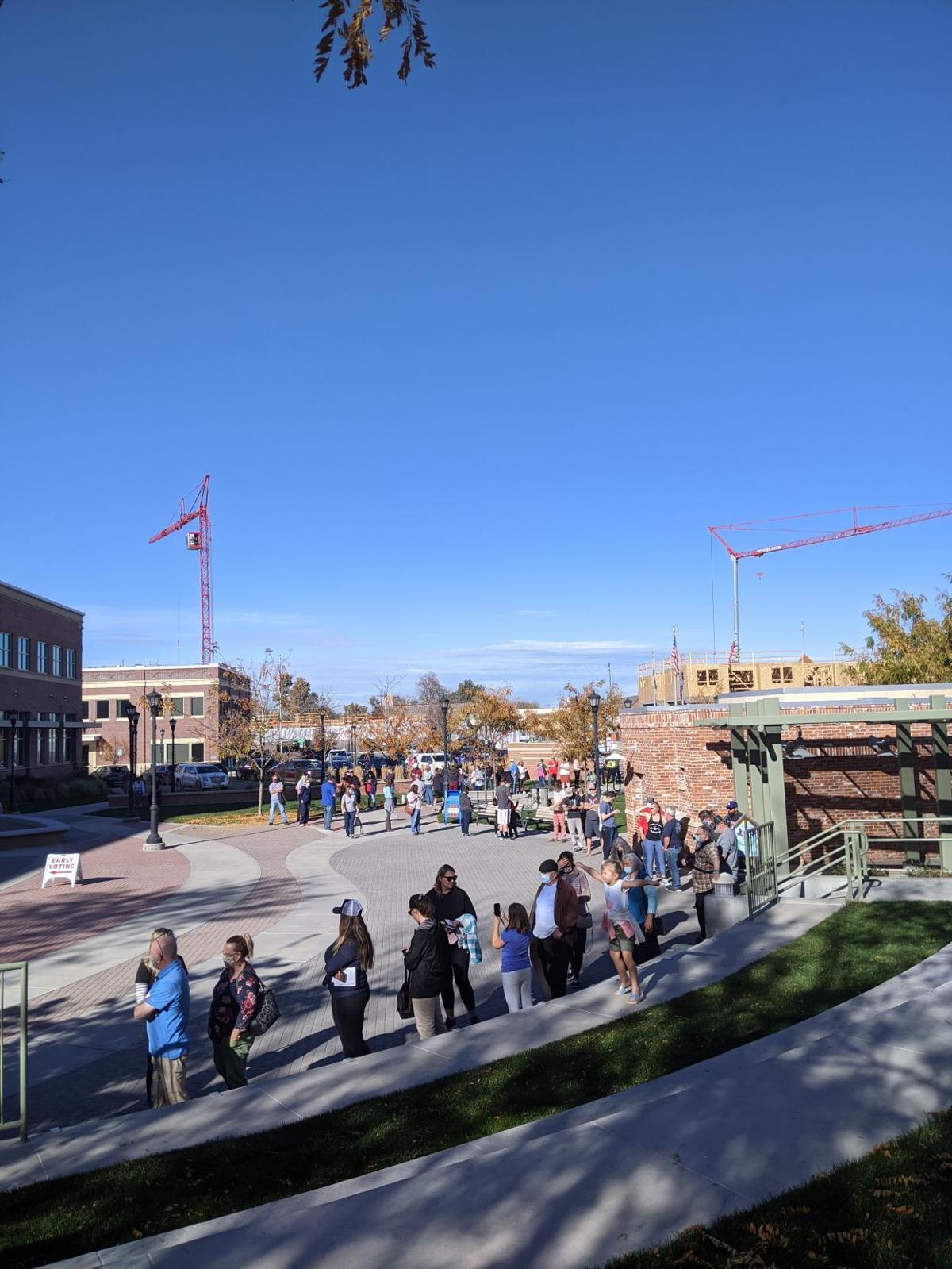 Some voters waited 40-45 minutes to cast their ballots at Meridian City Hall Friday before early voting closed at 5 p.m. 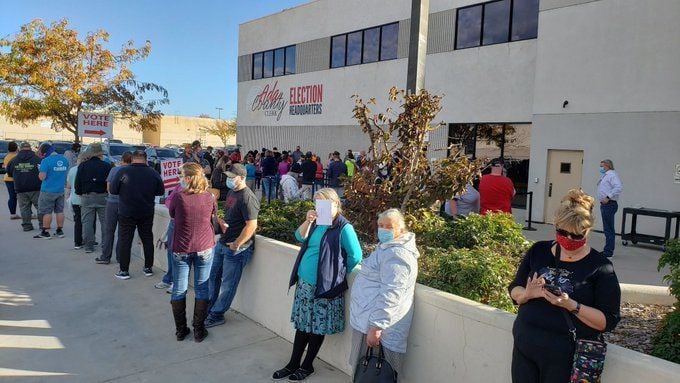 Some voters waited 40-45 minutes to cast their ballots at the Ada County elections office Friday before early voting closed at 5 p.m.

Some voters waited 40-45 minutes to cast their ballots at Meridian City Hall Friday before early voting closed at 5 p.m.

Some voters waited 40-45 minutes to cast their ballots at the Ada County elections office Friday before early voting closed at 5 p.m.

For much of Friday, lines of voters snaked around Meridian City Hall and the Ada County Elections Office in Boise, with citizens waiting up to 45 minutes to cast their ballots before early voting closed at 5 p.m. for the Nov. 3 election.

At about 10 a.m., Ada County Elections reported wait times up to 25 minutes at Meridian City Hall, and those grew to over half an hour by late Friday afternoon, according to a dozen or so voters leaving the polls between 2 p.m. and 4 p.m.

One voter grumbled, “What a mess!” in passing after casting his ballot, though others spoke positively despite growing wait times and packed parking lots.

“Lines are a little long, but hey, it’s worth it,” Meridian voter Doug Davis said. “I thought it was well done, very organized, and it was safe.”

Ada County Elections reported shorter lines at its other four early voting precincts earlier in the day, but by around 4:30 p.m., announced wait times were 40 to 45 minutes at the Ada County elections office and in Meridian.

Around that time, Associated Press reporter Keith Ridler tweeted that about 45 people stood in line to vote outside the Basque Center in Boise. The Idaho Press tallied more than 100 voters outside Meridian City Hall at times throughout the afternoon.

She said the county is expecting diminished lines at regular polling precincts on Election Day due to a surge in early voting.

Voters who got in line by 5 p.m. would be allowed to vote, she said.