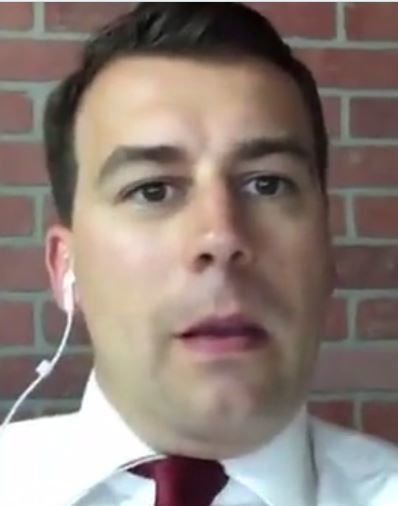 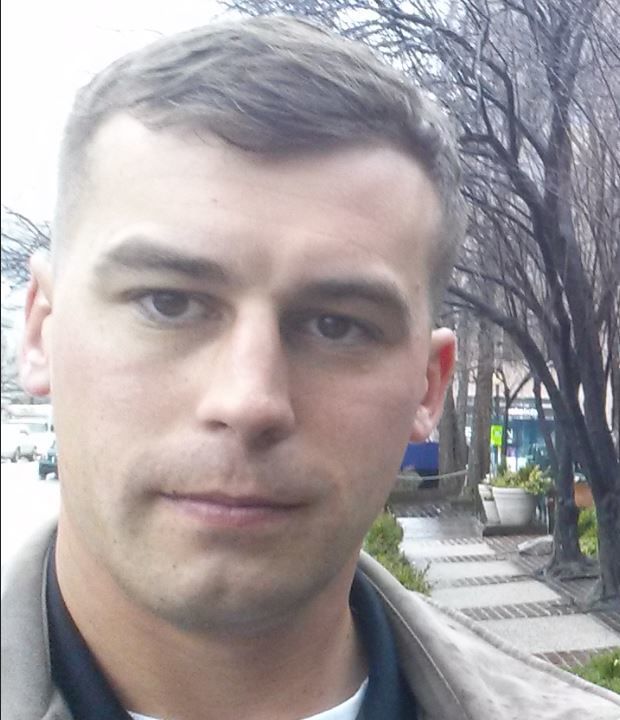 GARDEN CITY — An outspoken antisemitic politician and former 2020 presidential hopeful is running for a city council seat in Garden City.

Patrick Little, 35, has filed his candidacy form, and he confirmed to the Idaho Press Tuesday he intends to run as a Republican. City council elections are nonpartisan in Idaho. His campaign comes after Little launched two previous unsuccessful political campaigns. In his previous campaign literature for the 2020 presidential campaign, Little said the Holocaust was a hoax. He made headlines in 2018 when Sandpoint residents received robocalls supporting him that opened with, “America has a Jewish problem,” The Spokesman-Review reported.

“The only way to challenge Jewish power in this country now is with local elections, because it would have to be word of mouth,” Little said Tuesday.

He believes the “top priority” of the Jewish people is to displace white people specifically, he told the Idaho Press, and believes Jews control the media, the entertainment industry and politics.

Rabbi Dan Fink, of Ahavath Beth Israel in Boise, referred to such ideologies as “politics of fear,” and said in his 25 years in Idaho he’s only seen such platforms on political fringes.

In June 2018, Little finished 12th in the California primary for U.S. Senate, where he ran as a Republican, despite the fact that the California Republican Party disavowed him and banned him from their convention. After his removal from the convention, Little filmed a more than three-minute rant outside the building, while standing on an Israeli flag. In the video he referred to the California GOP as “Zionist stooges” and said he “will not bow to a foreign flag” because he “wanted to serve the United States.” He spit on the Israeli flag and referred to Israel as a “terrorist country.”

In his interview with the Idaho Press, Little disputed the fairness of the California election, saying many of his supporters would have been denied the right to a secret ballot. He received about 1.2% of the vote.

He followed the effort up with a bid for president in 2020, running as a “Nationally Social Democratic American Patriot Republican,” according to his campaign’s webpage. His campaign platform included his plans to require the death penalty for any politician introducing a bill to provide aid to Israel and his goal of introducing “a bill to the US Senate making it illegal to raise funds for any foundation related to the perpetuating of propaganda related to a ‘holocaust,’ formally making the US’s stance on ‘the holocaust’ to be that it is a Jewish war atrocity propaganda hoax that never happened.”

Little’s goals also included introducing “legislation restoring the original intent of the Constitution, explicitly stating that the United States is an ethnically European nation,” and nationalizing “Google, Facebook, Twitter, and all other natural monopolies in the IT industry.”

His campaign Facebook page, “Patrick Little for President,” had 196 followers as of Tuesday. One message from a supporter read, in part, “Don’t give up Pat, you’re name is floating around all over Gab, especially with all Trump’s failings. Even if you can’t beat him you can send a message on the debate stage. You got a lot of White Americans behind you.” (Gab is a popular far-right social network.)

Little told the Idaho Press he approved of what President Donald Trump said earlier in Trump’s race for president, but felt he softened his tone once he won the presidency.

“When he got into office, something happened,” Little said. “Either he was play-acting for those of us who were awake or, I think, they threatened his kids.”

Beaumont, the council president and acting Garden City mayor on Tuesday with Mayor John Evans out of town, said Little’s platform “is not something we would be supportive of at all.”

“I don’t think there’s a place for it anywhere, and certainly not in Garden City,” Beaumont said. “… We hadn’t heard of him at all until he filed.”

Little said he received letters and met people when he had previously traveled through Boise, who asked him to move to Idaho.

“I’m very big on reaching out into local communities,” he said. “I did it in California and I’ll do it here.”

In August 2018, fresh off his defeat in the California Senate Primary, Little appears to have focused on Sandpoint, in northern Idaho, according to the Spokesman-Review. Multiple residents at the time shared robocalls with the newspaper they’d received from Little. In the call, the newspaper reported, Little says he wants to “make Sandpoint one of my new regional capitals throughout the country,” and notes that the Sandpoint area has a “reputation as a home to people with the moral courage to recognize the consequences of diversity.”

His race for president followed that, but he told the Idaho Press he’d since bowed out and endorsed far-right politician Augustus Sol Invictus instead. He’s been in Garden City since about May, he said, although he spent most of the month of June in California, selling his boat.

At a Sept. 9 council meeting in Garden City, he voiced his intent to run for the council and has since filed as a candidate. As of Tuesday, though, he had not filed the paperwork necessary to raise campaign funds or receive donations, said Lisa Leiby, Garden City’s clerk.

Little sees Garden City as a family-oriented town, he said. He’s worried it won’t stay that way, however, with the influx of money from out of state, which he said is making it harder for working class people to live there.

During his conversation with the Idaho Press, he also mentioned he sees homosexuality as something that might erode that family-oriented culture, calling it “a disease spread through child molestation.” Up until 30 years ago, he said, homosexuality was seen as a disorder, and he believes powerful Jewish doctors influenced the shift in thought.

He’s seen the kind of gentrification he sees in Garden City before, he said, in California. Given his experience in politics in other states, he feels he can stand up to wealthy newcomers — whom he described as “big fish coming to a small pond” — who would make life unaffordable for those in Garden City, he said.

“Unless you have someone with experience dealing with these people, you’re not going to stop it from becoming San Francisco or Oakland part two,” he said.

Asked if his anti-Jewish viewpoint would influence his decisions on city council, he said: “If I see someone Jewish that’s trying to bribe politicians, that’s something I’m going to point out; I’m going to say, ‘That’s a Jew.’”

“There are people that tip-toe around the issue, and I don’t, and I’ll bring that level of brevity and honesty to the city council,” he said.

Fink, the rabbi at Ahavath Beth Israel, said such prejudices are “age-old.”

“At every level — local, state or national — we as human beings are ill-served by the politics of fear,” Fink said.

“Most hatreds don’t start out in the mainstream — they start out on the fringes,” Fink said.

But he doesn’t want to give such ideas “undue attention,” either. Thus, it’s a matter of remaining cognizant of those views while not giving them life.

Dan Prinzing, executive director of the Wassmuth Center for Human Rights in Boise, also spoke about the need to pay attention even to what is said on the fringes, saying “these words do matter.”

Fear can be a darkly effective political tool, Fink said.

“It’s effective in motivating people, but it doesn’t motivate people to do good,” he said. “It’s an appeal to the dark side, and the dark side is real.”

According to his campaign webpage, Little served as a U.S. Marine in Afghanistan. He is “a Mainer by birth, a husband by choice, an experienced IT engineer,” according to the page, and was “fighting to free all US Citizens from Jewish supremacism.”

For all that, however, his anti-Semitic views are fairly recent — he didn’t hold those views until late 2016. Prior to that, he said, he supported Israel, lauding what he perceived to be the country’s “nationalist” politics.

That changed when he read “The Culture of Critique,” a trilogy of ostensibly scholarly books written in the 1990s by American psychologist Kevin MacDonald, laying bare what MacDonald believed was the negative influence of Jewish culture on world politics.

Both the series and MacDonald himself have been widely disparaged as anti-Semite — a term Little now rejects in favor of the term “anti-Jewish.” Mark Potock, editor of the Southern Poverty Law Center’s quarterly magazine, has said the books are “bandied about by just about every neo-Nazi group in America.”

Little said he was skeptical of the book at first. He read it at the recommendation of some of his acquaintances. He fact-checked everything he read, though, and he believes it is true.

“It was so ground-shaking, so earth-shattering,” he said, “what I was going through as a result of reading this book.”

Editor's note - This story has been updated to reflect the following correction: In the video, Little refers to Israel as a "terrorist country." Earlier versions of the story included a different word for "country." It has also been updated to clarify city council elections in Idaho are nonpartisan.